The Canon 5D Mark III specs are impressive. It’s a high-end digital SLR camera that offers the best of both worlds: incredible image quality and advanced features. With its 22.3 megapixel CMOS sensor and 61-point autofocus system, the 5D Mark III is capable of capturing stunning images and videos with ease. And thanks to its full HD video capabilities, you can capture professional-quality footage with just the click of a button. 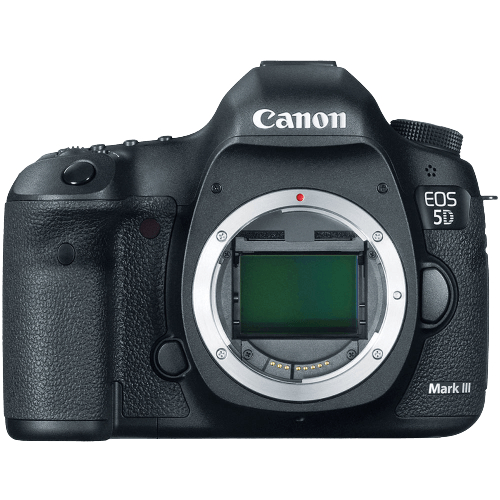 With its completely new 22.3-megapixel full frame Canon CMOS image sensor, the EOS 5D Mark III becomes the highest resolution Canon Digital SLR released to date.
It is eminently suitable for a wide variety of assignments including weddings and portraits, nature and wildlife, travel and landscapes as well as commercial and industrial photography.
With a gapless microlens design, a new photodiode structure and improved on-chip noise reduction, the new sensor achieves higher sensitivity and lower noise levels for both RAW image data and in-camera JPEGs and EOS Movies compared to the 5D Mark II.
The result is outstanding image quality in all shooting conditions, even low light.
The low-light capability of the EOS 5D Mark III is evident in its incredible ISO range and image quality in poor lighting conditions.
Adjustable from ISO 100 to 25,600 within its standard range, the new model also offers a low ISO 50 setting for studio and landscape photography and two extended ISO settings of 51,200 and 102,400, well suited for law enforcement, government or forensic field applications.

The EOS 5D Mark III camera features a built-in HDR mode, merging three images at various levels into a single image in-camera. This allows for stunning photographs of landscapes and architecture with enhanced tonal gradation beyond the range of the naked eye.
The levels in the camera’s HDR mode can be set to cover a range of up to ±3 stops in a choice of five settings: Natural, Art Standard, Art Vivid, Art Bold and Art Embossed, providing unique visual effects.

The EOS 5D Mark III is the second EOS Digital SLR after the EOS-1D X to feature Multiple capabilities with the ability to combine up to nine individual images into a single composite image, with no need for post-processing in a computer.
Four different compositing methods are provided for maximum creative control, including Additive, Average, Bright and Dark.

A new feature seen for the first time in the EOS System on the 5D Mark III is Comparative Playback allowing photographers to display two images side by side on the camera’s 3.2-inch LCD screen.
These images can be displayed with a histogram to check levels, or magnified to check for focus or facial expressions.

Durability, Reliability and Other Features

The EOS 5D Mark III features a rugged camera body with magnesium alloy covering and a stainless steel lens mount. The new camera also has dust- and moisture-resistant design with improved gaskets and seals.
Although not quite as weatherproof as an EOS-1D-series camera, the EOS 5D Mark III does feature improved weather resistance over the EOS 5D Mark II model.
The EOS 5D Mark III’s newly developed shutter unit has a durability rating of 150,000 exposures, with shutter release lag time reduced to just 59 milliseconds; the shutter button is very responsive.
Canon’s locking mode dial is standard on the new model and a new custom function allows photographers to shut off other dials to prevent inadvertent operation.
The EOS 5D Mark III incorporates Silent shooting modes, available for low-speed continuous shooting as well as single exposures. This feature is ideal when photographing in quiet environments.
For better file management, especially when working with multiple cameras, the new model supports custom file names. There is also a new image rating feature that lets photographers rank their photos from 1 to 5 stars for quick editing.
The EOS 5D Mark III features a 3.2-inch Clear View II LCD screen with 1,040,000 dot resolution. This is the same screen that’s used in the top-of-the-line EOS-1D X.
The camera’s optical viewfinder has been upgraded to approximately 100 percent coverage and features an Intelligent Viewfinder display with an optional grid on demand. The EOS 5D Mark III has a built-in Dual Axis Electronic Level that can be displayed on both the LCD screen and the optical viewfinder.
The EOS 5D Mark III accepts both Compact Flash Type 1 and SD/SDHC/SDXC memory cards in a dual card slot configuration.
Three recording methods are supported: Record the same data to both cards, record different file sizes or types to each card, or automatically switch to the second card when the first card is full.

This new model captures 1080p Full HD video at 24p (23.976), 25p and 30p (29.97) fps; 720p HD recording at 60 (59.94) and 50 fps; and SD recording at 30 (29.97) and 25 fps, giving cinematographers and videographers more flexibility and options for video capture.
The new full frame CMOS sensor and DIGIC 5+ processor have enhanced the camera’s image processing performance over the 5D Mark II, significantly reducing moiré and color artifacts in scenes with horizontal lines.
The video footage produced will exhibit less moiré than seen in previous DSLR models, resulting in a significant improvement in HD video quality.
Accommodating documentary film makers and event videographers using EOS DSLR cameras, the 5D Mark III gives the option to record video continuously up to 29 minutes and 59 seconds across multiple 4GB files.
Long-form film makers will enjoy the camera’s automatic file splitting in combination with the extended memory capacity offered by dual card slots.
The Canon EOS 5D Mark III also includes manual audio level control with 64 levels, adjustable both before and during movie recording. There is an automatic audio level setting or sound recording can be turned off entirely. A wind filter is also included.
Sound can be recorded either through the internal monaural microphone or via an optional external microphone through the stereo mic input.
Notably, the EOS 5D Mark III is the first EOS Digital SLR to feature a built-in headphone jack for real-time audio monitoring during video capture

The EOS 5D Mark III DSLR has a number of new optional accessories, including the new Canon Wireless File Transmitter WFT-E7A featuring wireless LAN support for 802.11 a/b/g/n signal protocols for various network environments.
The WFT-E7A connects to the camera through its USB port and includes a built-in gigabit Ethernet connection, time syncing for multiple cameras on the same network, FTP mode, EOS Utility mode, WFT Server mode and Media Server mode.
With this new WFT model, professionals can synchronize clocks on multiple cameras and use the unit to support linked shooting when utilizing multiple cameras. In addition, Bluetooth-compatible equipment can be easily linked to the device.
The EOS 5D Mark III has an optional Canon GPS Receiver, GP-E2, which can be connected to the camera via the accessory shoe or a USB cable.
With a GPS logging function built-in, the GP-E2 will log latitude, longitude, elevation and the Universal Time Code – this allows viewing of camera movement on a PC after shooting. With its built-in compass, the GP-E2 receiver will also record camera direction when shooting, even when shooting vertically.
The Canon GPS Receiver GP-E2 is compatible with the EOS-1D X and EOS 7D as well as the EOS 5D Mark III.
Battery Grip BG-E11 is an optional accessory for the EOS 5D Mark III that accepts one or two LP-E6 lithium-ion battery packs or a set of six AA-size batteries.
This new grip has a multicontroller and a multifunction (M.Fn) button, together a with a full set of grip controls for easy operation when shooting portraits or other vertical format photos.
The BG-E11 is made from sturdy magnesium alloy and has the same degree of weather resistance as the EOS 5D Mark III.

In addition to the EOS 5D Mark III, Canon is also announcing the first professional Speedlite on the market with a built-in wireless radio transmitter: the new Speedlite 600EX-RT.
The new Canon Speedlite 600EX-RT is the flagship model in the Speedlite line, ideal for wedding portrait and photojournalism.
Compatible with all EOS Digital SLRs, this new model eliminates the need for accessory radio slave units and their inherent limitations. Speedlite 600EX-RT features Master-Slave two-way transmission, letting the photographer control the Speedlite settings directly from the “Master” camera.
Radio-based Wireless E-TTL can be performed with up to 15 Speedlite 600EX-RT “slave units”, used off-camera up to 98.4 feet (30m) away and triggered by either a “Master” 600EX-RT on-camera, or the optional new Speedlite Transmitter ST-E3-RT.
Used with the EOS 5D Mark III or EOS-1D X, up to five groups of flashes can be independently controlled off-camera. It remains fully compatible with Canon’s legacy optical-based Wireless E-TTL technology for users already committed to existing EOS Speedlites.
The Speedlite features enhanced weather-resistant construction – matching that of the EOS-1D X camera body – and a more reliable electrical contact.
The flash head zoom range now extends from 20mm to 200mm.
The Speedlite also allows remote shutter release of a single EOS camera or Linked Shooting (simultaneous firing of up to 15 cameras, when one “Master” camera is fired). It includes gelatin filters and a dedicated filter holder to help photographers match ambient light.

Canon is also introducing the new Speedlite Transmitter ST-E3-RT.
Providing full support of Canon’s new radio-based wireless flash technology, the new ST-E3-RT can control up to five groups of flashes up to 98.4 feet (30m) away from the camera.
The remote shutter release capability enables photographers to either fire a single camera remotely (by pressing a button on the ST-E3-RT) or to fire up to 15 EOS cameras with Canon’s Linked Shooting feature.
Making it easy to control and adjust, all of the Speedlite Transmitter features are accessible through the Flash control menu of the EOS-1D X and EOS 5D Mark III cameras.

So, tell me, are you going to be buying the new Canon EOS 5D Mk III?