Do you have a few old photos you want to share online but don’t own a scanner? Don’t worry. These days, all you need is a smartphone to digitize your printed memories.

We’ve compiled a list of the best photo scanner apps you can choose from to scan multiple photos. 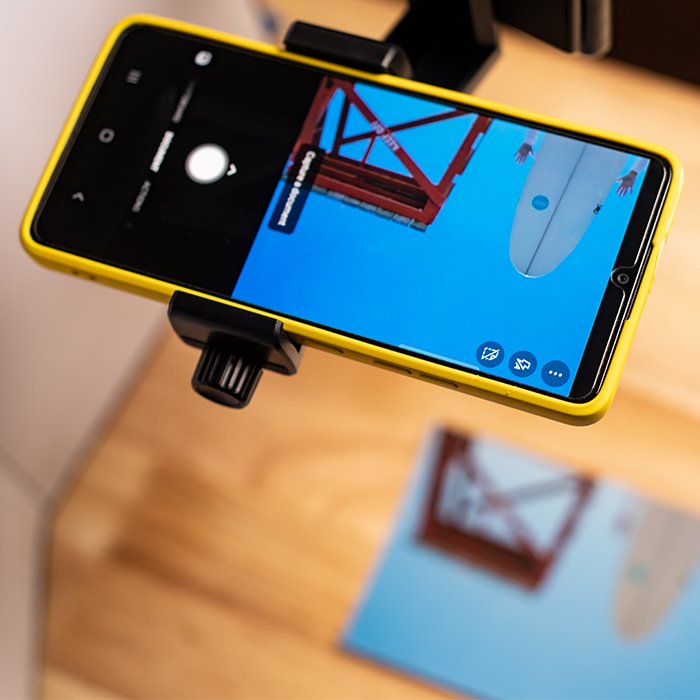 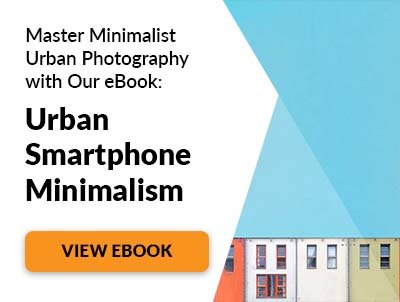 Best Photo Scanner Apps to Use in 2021

Let’s dive into our picks for the best photo scanner apps for your phone.

If you want a simple photo scanner app, Swiftscan is the perfect choice for you. But when we say simple, we don’t mean it’s basic. Because quite frankly, it’s loaded with tons of features that make it stand out from the rest of the pack.

You use Swiftscan to scan pictures and documents. Apart from that, it has an edge-detect technology that lets it automatically crop your files. It also enables you to save your scans in either JPEG or PDF formats. 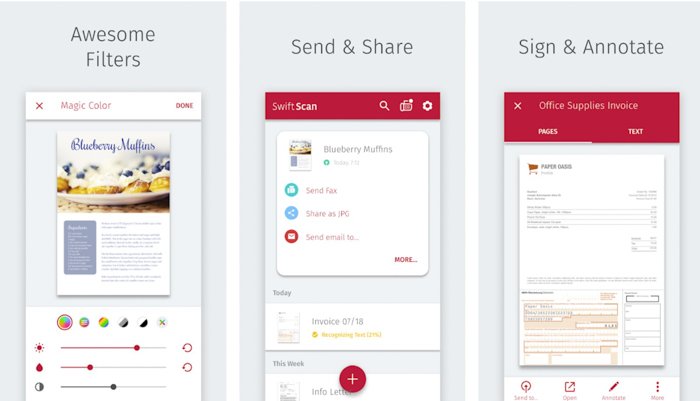 But what makes SwiftScan stand out is its security features. It allows you to encrypt sensitive files so people can’t steal them. Apart from that, it also includes Passport protection with Touch/Face ID support. Now that’s a perfect add-on if you have files that you only want yourself to have access to.

So what makes Clear Scanner one of the best photo scanner apps? It’s primarily because of its fuss-free user interface. Also, unlike most of the other options on this list, you don’t have to pay to use all its features. That’s why we think it’s the best choice if you’re a student who needs a reliable scanner.

Clear Scanner allows you to scan both images and documents. Even though it’s free, it has an advanced feature that detects a photo’s edges automatically. You can then convert the files into either PDF or JPEG files. 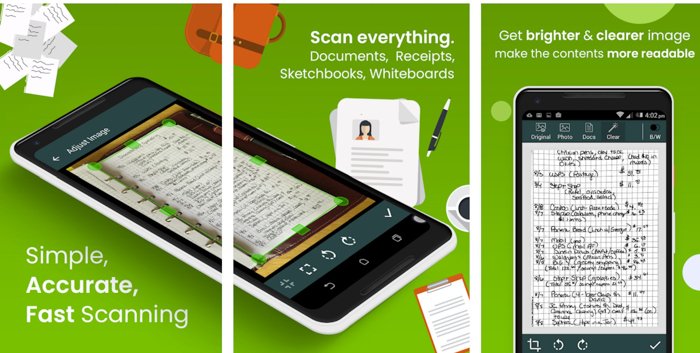 This app allows you to share your files via many platforms, including Dropbox and Google Drive. And if you have an iPhone, you can even print your file through Cloud Print! Now that’s a valuable add-on, especially if you need to make copies of your scanned images.

What makes Photomyne one of the best photoscanner apps is that it can scan multiple photos using AI. And that’s a unique feature no other options on this list have.

So how does Photomyne’s AI work? Opening a photo album automatically recognizes all the images and saves them as individual files. It’s a great app to use, especially if you have hundreds of prints to digitize.

Photomyne’s AI scanning process is so meticulous that it accurately finds the image borders. You don’t even have to crop the photos because it does it for you as well. Apart from its ability to scan pictures, Photomyne also lets you apply effects to your images. It can even colourize old black and white photos!

Photomyne has some of the best photo scanner apps for both Android and iOS. That’s the reason why we have two of their products on this list.

Apart from Photomyne’s all-in-one scanner, they also have Filmbox. This app is specifically designed to scan colour and black and white film negatives. It automatically converts film strips into positive prints you can view on your phone. 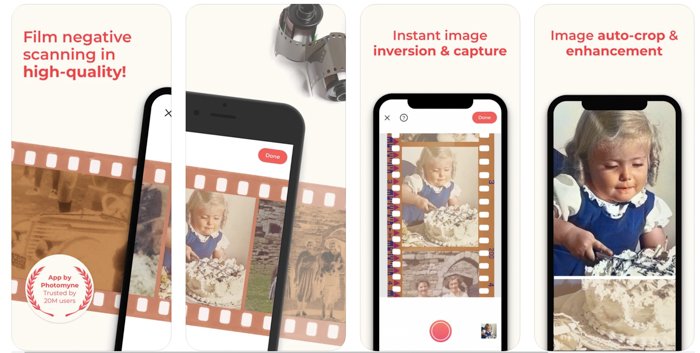 What makes Filmbox even more impressive is that it can also scan regular images and slides. It also has all the features you need to edit and colour correct your scanned photos. That way, you can ensure your digitized files appear as accurate as your physical pictures.

Launched in 2013, Pic Scanner was one of the first photo scanner apps to scan multiple photos at once.

Like other photo scanning apps, Pic Scanner boasts various editing features to retouch your old photos. In addition, it lets you remove red-eye and even clean up the blemishes.

But what makes Pic Scanner indeed of the best photo scanner apps is the Recolor tool. It’s a neat feature that restores the colour in faded images.

Once you finish scanning, Pic Scanner allows you to create instant albums you can quickly share with family members. It also lets you create personalized cards and even slide shows! 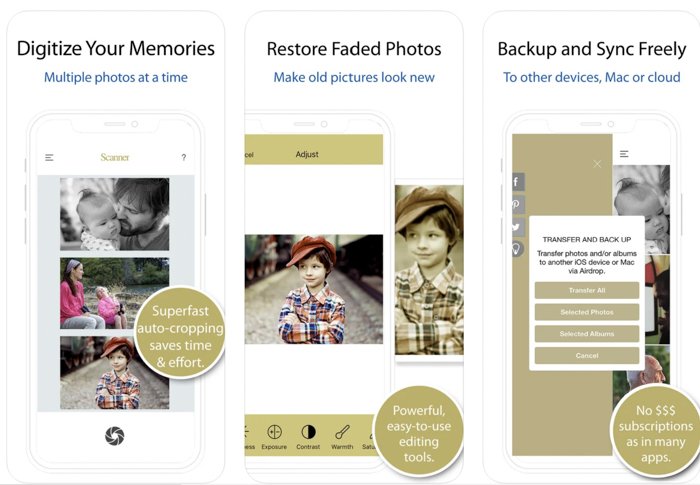 Pic Scanner Gold costs 7.99USD. That’s quite a bargain, especially considering that it’s a one-time purchase and not a subscription. It also has all the features you’ll need for a photo scanner app. Once you have this on your phone, you won’t need to get another one.

Scan is Adobe’s answer to Microsoft’s Office Lens. It’s mainly used for scanning documents and converting them into PDFs. But of course, creating PDF files isn’t the only feature of Adobe Scan. You can also use it to scan photos and save them as JPEG files.

Adobe Scan uses an AI element called Adobe Sensei. It automatically corrects the perspective of your scanned document and sharpens the image. But the best part about this app is that it also removes glare and shadows. Now that’s useful, especially if you’re working with glossy prints. 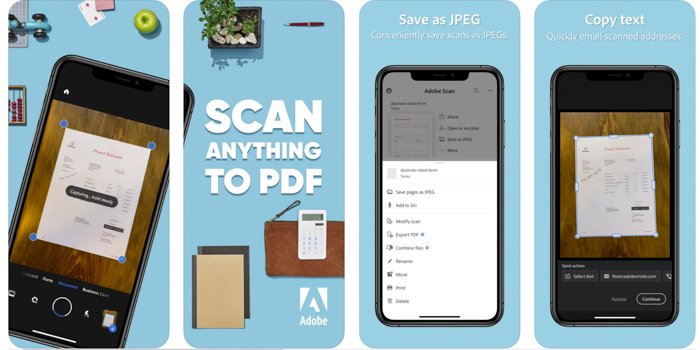 We admit that all the Adobe Scan features we mentioned also exist in other options. But what makes this app different is that it allows you to scan and fill out forms digitally. So if you have a document, you need to sign, open the app and add your signature using your phone screen!

This all-in-one photo scanner app has all the features you’d expect from a regular desktop scanner. It doesn’t just save images in JPEG files. You also have the option to convert your pictures to other formats such as PDF, Excel, Powerpoint, and even Microsoft Word.

Since Microsoft Office Lens can convert images into files, it performs well as a document scanner app. As a result, you can use it in various situations, from classrooms to offices. It even has a feature that transmutes handwriting into a digitized format. 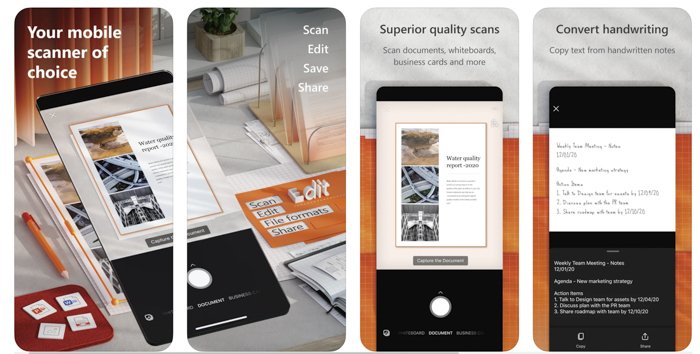 But what makes Microsoft office Lens one of the best photo scanner apps is its high-quality scans. Unlike other options, the documents it produces are highly detailed. As a result, you’ll be confident to use this app in a professional setting.

If you’ve tried scanning your photos using your phone before, then you know eliminating glare is difficult. The specks of light on glossy prints are particularly challenging. They don’t go away until you shoot from a lower angle, which unfortunately gives you results that look skewed.

Enter Google Photo Scan. What makes it different from other photo scanning apps is that it offers glare reduction. The Google Photos App does it by taking four separate scans of a single image. It then combines all these images into one file that’s sharp and glare-free.

You’d think that Google Photos App is only available on Android. But you can also download it on iOS for free. That’s great news considering that it’s one of the best options you have when it comes to smartphone photo scanning.

So there you have it, the best photo scanner apps for both iOS and Android! Most of the options on our list are all-in-one scanners that do everything you’ll ever need. So it’s genuinely a matter of choosing which one you find the easiest to use. A good portion of the apps on our list are free. But even the apps you need to purchase have a trial version. That will give you the confidence to try them out before buying them.

If you want to learn how to supercharge your social media, check out our Social Success Strategies eBook! 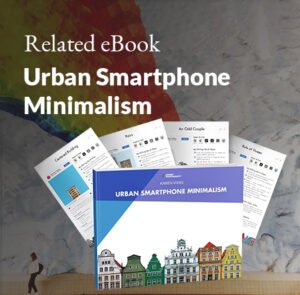 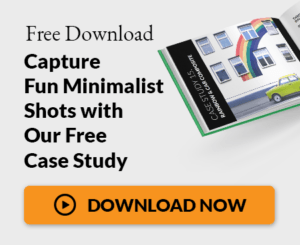 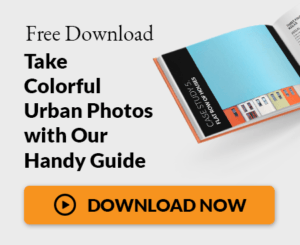 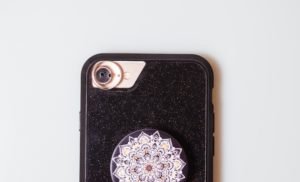 If you wish to learn how to blur background to achieve professional-looking images, you’re in luck. We will show you different techniques to create fuzzy… 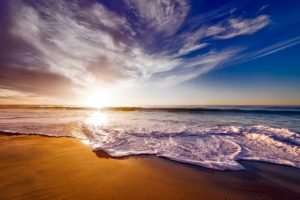 Carrying a camera bag or even a DSLR is not always that easy. This is one of the reasons why iPhone photography has grown by…

How to Take Great Panorama Photos With Your iPhone

Do you ever get frustrated when you encounter beautiful scenery, but your camera can’t quite capture it? Then you should consider shooting iPhone panoramas. We’ll…
See all articles in Smartphone 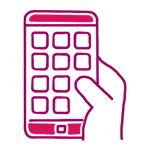