It is the dream of many photographers to sell photos online.

Getty and iStock remain the industry standard for selling stock photos. But there are also apps like Foap, Snapwire, EyeEm, and Twenty20, or other websites like Picfair, to name a few.

Today we’ll see how the Foap app stacks up against the competition.

Overview of the Foap App

Foap is a photo selling app.

Photographers upload pictures through the smartphone app available on Android or IOS. Consumers buy images to use for marketing or personal use (e.g., blogging).

Companies can request specific types of photos by setting up a mission. Missions are briefs or assignments. One or more photographers win the mission. There is a lot of good information throughout the site about what customers are looking for in an image.

Pricing on the Foap app is simple. Customers pay $10 for an image and a license. The creator gets half ($5 per image). In the industry, this is a pretty good deal.

Other stock photography websites have a complex pricing structure that depends on image resolution and type of license. For instance, iStock pays between 15% and 45% commission per image. The commission at Dreamstime is comparable at 50% to 60%, but pictures may sell for only $1.

With any photo selling platform, check the licensing agreement carefully. On Foap, the buyer can do just about anything they want with the photos. This is what Foap has to say about licensing:

“Photos with a ‘Commercial’ license can be used for commercial purposes. This means that companies can use these photos for marketing their products and or reproduce the photos for selling it, e.g. on the t-shirts, cups etc.”

This seems cheap for $10. Your image could end up mass-produced or used in a TV marketing campaign for $10. This is unlikely to happen (there is a lot of competition out there). But if it did, you’ll have already agreed to the price. Be aware of what you are agreeing to.

The Foap app seems popular with a 4.5 rating in the Apple store and a 3.4 rating in Google Play.

In looking at Foap reviews, lots of users like the idea of a photo selling smartphone app. But many users complained about slow uploads and errors when working on the app. Android users may have more problems than iPhone users. Foap is quick to respond to each app review. Reinstalling the app is the most common suggestion.

I downloaded the Foap app onto my iPhone 11 and created an account. This was simple. The app did not ask me to verify my identity with a photo ID. This was something complained about in more than one Foap review. 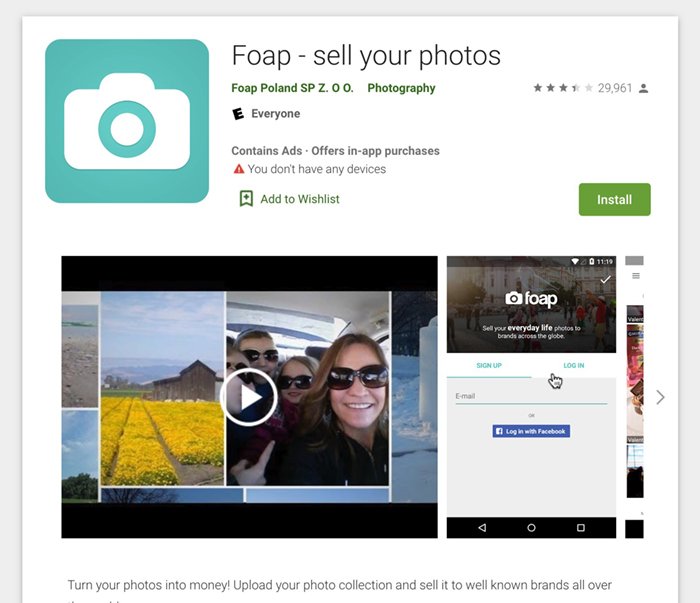 The app opens onto an Explore page that features a gallery of sold images. Scrolling through the gallery shows a mix of photos. Some are quality stock photos like those seen on sites like iStock. Others are more casual mobile phone shots.

When you click on an image, the Foap app asks you to rate it. Photographers see the averaged rating. This gives them some feedback on the quality of the picture. But the one-to-five-star rating system does not provide the user with any ideas on how to improve.

Once you rate an image, the app goes immediately shows you another photo. But if you go back and click the image a second time, you will get information about the photographer. You can also see the photo’s rating, and you can add the photo to an album. Only now can you see who created the image. Foap seems to hide the maker rather than celebrate them.

From the photographer’s gallery, you can see how many photos they have uploaded, how many they have sold, and their followers.

I did not see anyone who had sold a large number of photos. The numbers suggest that the Foap app is more of a social environment than a marketplace. For instance, one user uploaded over 500 photos, had nearly 16,000 followers, but had sold only three images. When I looked at recent uploads, rather than sold pictures, I had to look deep into the gallery before I found a user who had sold even one image. 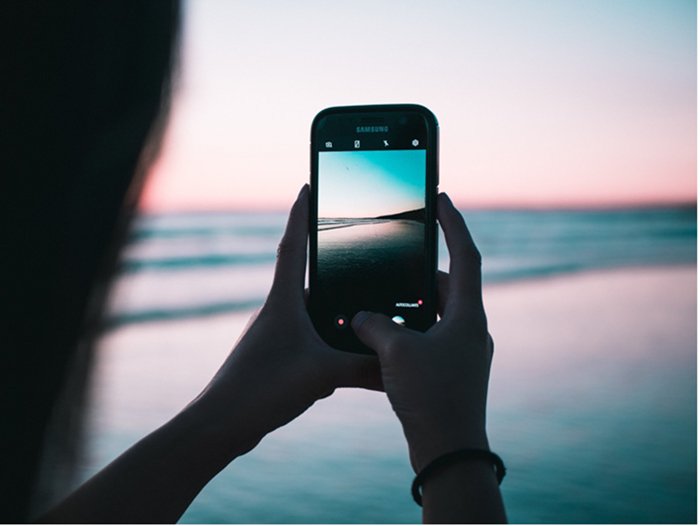 To see if Foap was a way to make money, I uploaded ten photos. This is the maximum you can upload at one time.

I chose pictures without people as these need a model release that I did not have. The upload process was quick. But entering the required description and tags was much more tedious. Foap does not read the embedded metadata for the photo. This information uploads automatically with my image to sites like Getty, 500px, and Flickr.

Tags are hugely important when selling stock photos. The Foap app appears to use AI to suggest tags. But my photos stumped the app! Foap offered no tags for many of my uploads. The suggested tags weren’t relevant at all. After entering tags for an image, you cannot copy the tags onto photos with similar content. 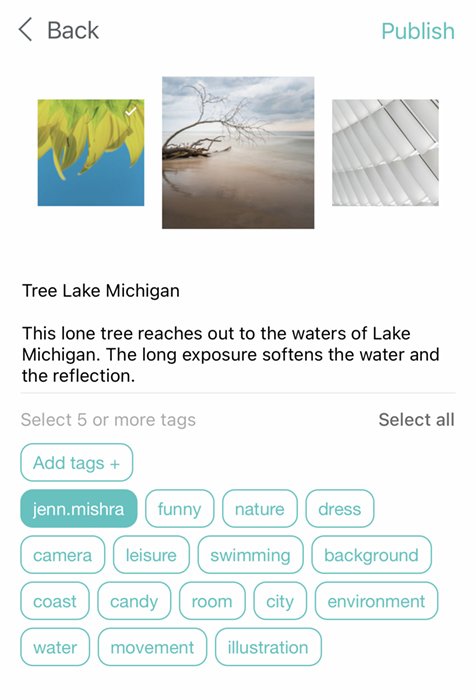 Before uploading, you must state if there are people or recognisable faces in your image. If so, you need to get permission from the people to submit the picture.

The upload process is straightforward. But uploading a large number of images takes a long time. You also have to enter important information for each photo manually.

Here are some key features for users looking to sell their photos on Foap.

Missions are at the center of selling images on Foap. Sometimes they are thematic. Other times they feature a specific product.

When I reviewed Foap, there were about 20 active missions. Users compete to win the mission and earn prizes. Some missions are free to enter. Others require payment in coins. Coins are tokens that you purchase or earn by watching ads. This idea is similar to photo competition sites like Gurushots. But the mainstream stock image platforms do not gamify assignments.

A thousand coins cost about $20. Premium missions cost around 50 coins to enter. This works out to be roughly $1 per competition. It is worth it if you win a prize, but there are a limited number of those available. A missions award ranges between $3 and $150 for winners. Total rewards are listed but are usually split among various prizes. 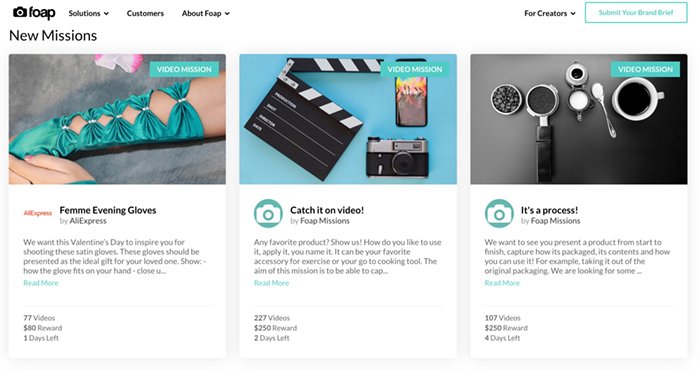 Prizes for winning or placing in a mission vary widely. Most rewards are a combination of prize money and coins to be used to enter future missions.

I explored a mission for a shoe company. Buying one pair of shoes was about $50. To break even on my investment, I would need to sell ten images to the company. This seems like an inexpensive way for a company to get around hiring a product photographer and paying for a photo shoot. It may also be a way for a company to sell more product.

You can only submit a new image to a mission. You cannot enter an image already in your gallery. You have to upload photos from scratch. This means going through the entire upload process again and entering descriptions and tags.

Foap has a website. But the website is for image buyers rather than photographers. I used the site to search for my images. Even my most uncommon tag resulted in nearly 20,000 hits. And my photo was buried deep. It is unclear how Foap sorts the pictures or how I can move my images closer to the top. It is unlikely a buyer would find my photos where they are.

When I did find one of my images, I saw that metadata is included as part of the information. I complained about metadata information not uploading with the photo. But Foap is collecting this information from the image. Foap chooses to make it more difficult for photographers by requiring manual entry of descriptions and tags.

You are not paid automatically by Foap. It is your responsibility to either “cash out” (Android) or “withdraw money” (IOS). Then you enter your PayPal information. To use Foap, you must use PayPal. PayPal fees also apply.

Other stock photography sites payout regularly. You need to meet a minimum threshold for some, but you do not have to worry about getting your money eventually.

On Foap, you must request payment by the middle of the month. The money will be sent to your PayPal account by the end of the month. If you miss the deadline to request money, you have to wait until the next month. This process seems tedious in the world of online banking. 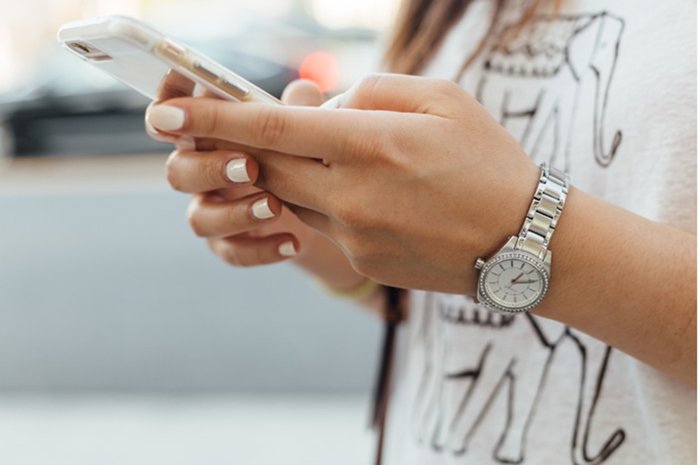 So, can you make money selling photos on Foap? The short answer is yes.

Foap is a legit photo selling app. But in my opinion, Foap may not be the best photo-selling app to make money. At times, it has more in common with game apps or marketing promotions. It is possible to make money with Foap, but probably not more than a few dollars. This may have more to do with the competitive stock image industry rather than Foap itself.