Whatever new drone photography skill you want to learn, there’s an app for it. There are a lot of drone apps, in fact, and it’s hard to know which one to choose.

That’s why we’ve put together this list of 10 best drone camera apps. They work for Mavic Pro and Phantom 3, amongst many others.

A must-have for every drone pilot. Whether you’re a commercial or recreational drone photographer, AirMap will have the right features for you.

Some of the more advanced features include drone mapping, geo-fencing and flight logging. Even if you’re a beginner and have no use for them, the app’s location-based flight restriction info is vital for everyone with a drone.

AirMap has information about UAV laws in over 20 countries. This is especially useful for drone photographers who like to travel.

AirMap can also be set to control DJI drones, allowing pilots to map out flight paths and control their drone from inside the app. 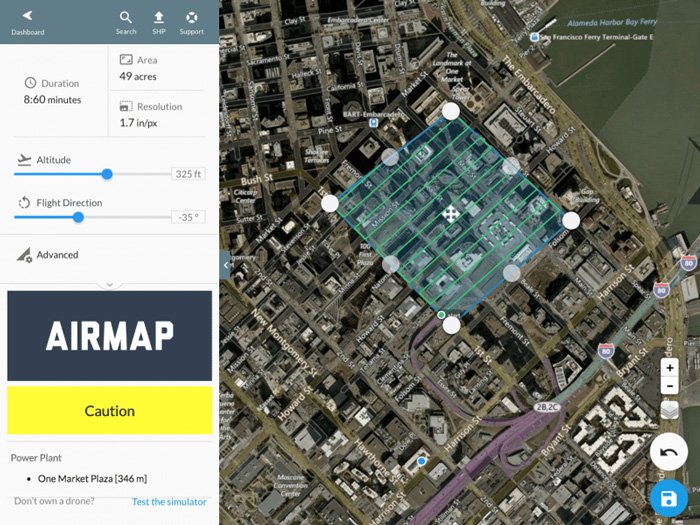 Drawing on the valuable data from AirMap, Hover is a simple app that tells you if it’s safe to fly in your current location. This is good knowledge to have if you want to make extensive flight plans.

It bases this on not only air traffic and your position in relation to airports, national parks, etc, but it also considers weather and wind at your current location.

Hover also includes flight-logging features that you can save and send to yourself.

This feature isn’t unique to Hover, but it means you can avoid downloading yet another app to log your flights. Both for ios and android phones, this is one of the best drone apps out there. 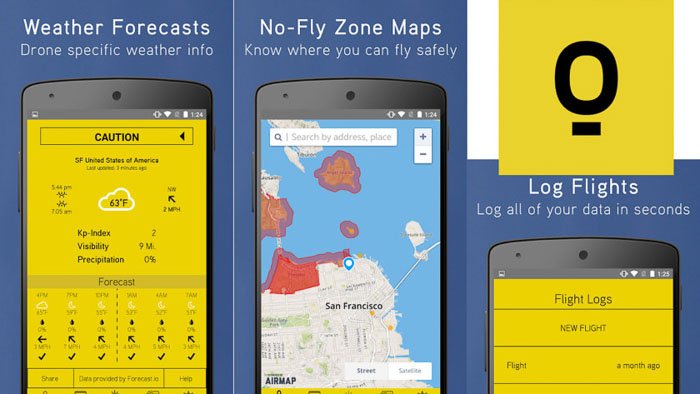 As an obsessive photo-planner, Google Maps is one of my best friends.

It’s useful for many tasks, including finding drone photo locations and finding the best places to launch from.

It also measures distances, and of course, figuring out how to get there.

This is often the first place I go to. Especially when looking for interesting compositions that you would never be able to see from the ground.

I spend hours scouring Google Maps and saving locations that have the potential for great drone landscape photos.

The topographical map in Terrain Mode is a great help to see the contours of the landscape better. 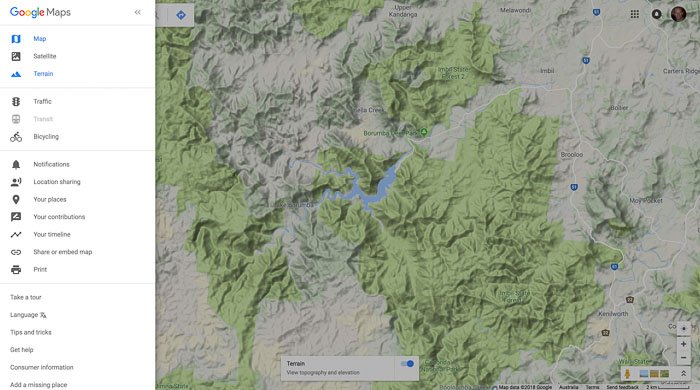 If I could only use one photography app, it would be PhotoPills. This little app has far too many features to cover here. But many of them are useful for drone photography.

The Planner and Sun pills are incredibly useful, allowing you to see the movement, direction, and angles of the sun at any particular time.

You can plan sunrise and sunset photos, which also helps to know how much light you have.

The Planner pill now includes Drone View, which allows you to plan compositions based on your flying altitude.

I didn’t think the app could get any more useful, and then it did. 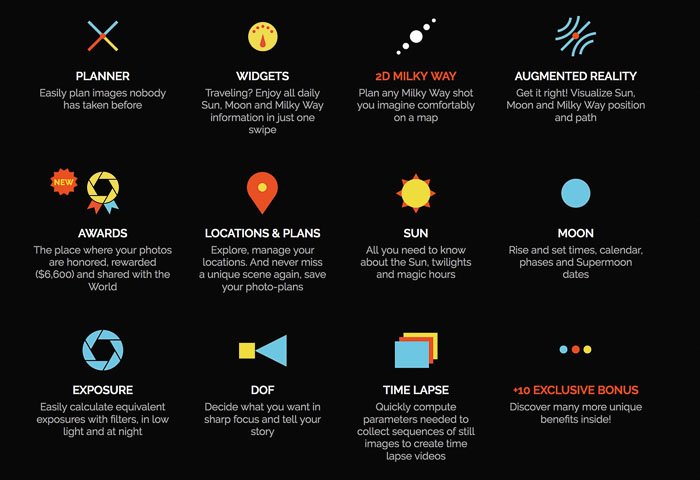 You punch in the information about your drone and UAV Forecast will tell you if it’s safe to fly or not.

The app will tell you about wind speed, direction, temperature, and chill. You’ll want to know about cloud cover and visibility, and especially the chance of rain.

All this and more can be found in this app, plus it’s free. 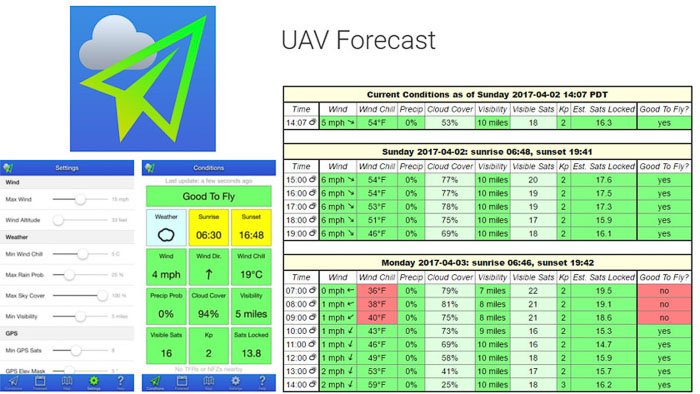 If you live in the United States, you’ll want to make sure you’re following Federal Aviation Administration (FAA) regulations.

B4UFly is the app the FAA has produced to make it super simple to know where in the US you can and can’t fly your drone.

It includes a detailed listing of every airport in the country and a 5-mile radius around each one. 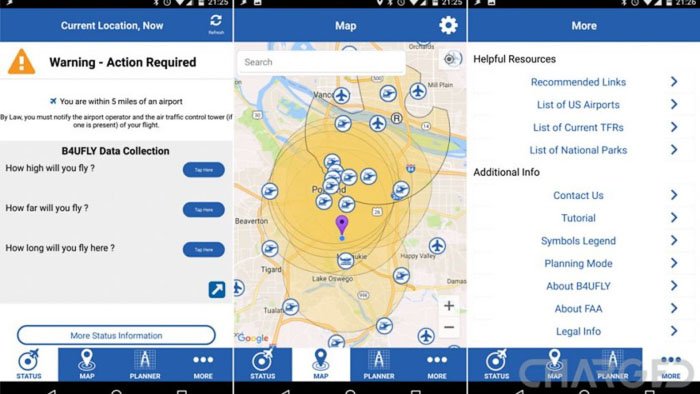 If you’re a recreational drone pilot, there’s a good chance you’re going to be flying a drone manufactured by DJI.

There’s no denying that DJI dominates the consumer drone market, so the DJI Go app is an obvious choice.

At its most basic, it will fly your DJI drone and control the camera. That’s just the beginning, though.

It has many features that harness the power of DJI’s amazing drones.

Intelligent flight modes, live HD view, flight data tracking and logging, and the ability to edit and share photos and videos right from the app.

There are alternative drone apps available, but you should at least give DJI apps a try. 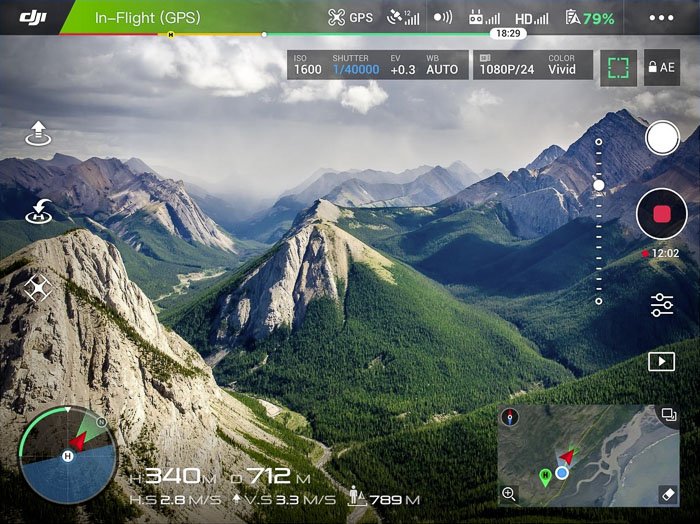 This drone app does something I haven’t seen any other apps do. It tests for magnetic fields. You may be wondering why that would be useful.

The compass in your drone uses magnetic fields, and if there’s magnetic activity at or near your location, you could have issues.

I’ve had issues with this before, especially when I was flying on the aptly-named Magnetic Island, off the coast of Australia. This app came in very handy then.

You can not only detect magnetic fields, but also record them and share them with anyone else you think will find them useful. 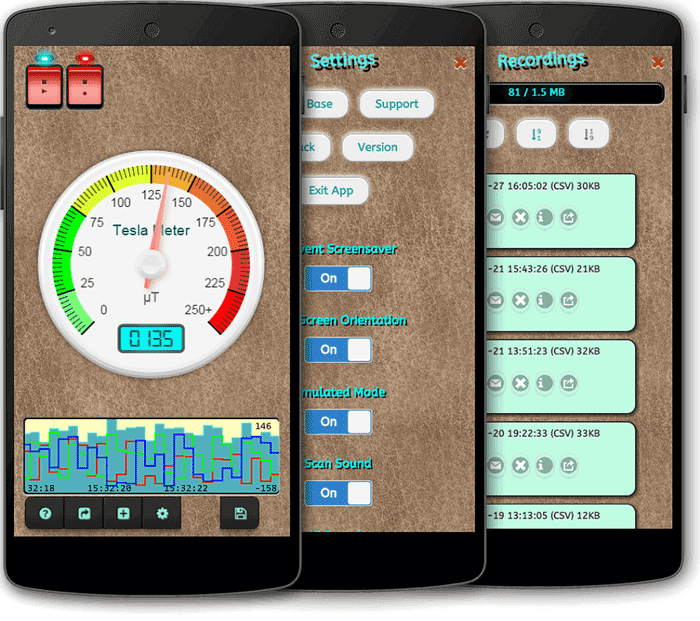 If you’re not completely happy with the DJI Go app, or even if you are, you should take a look at Litchi. It’s a great alternative, and many consider it to be superior.

It offers some pretty impressive autonomous tracking features that are great for shooting video.

My favorite feature is the ability to plan out your flights in advance using the Mission Hub on my computer.

Once on location, it will follow the path that you’ve pre-programmed perfectly.

It’s one of the more expensive drone camera apps at $23. So you’ll want to use those features enough to justify the expense.

Sometimes you just want an app that does everything. Unfortunately, that app doesn’t exist, but Kittyhawk comes pretty close.

Kittyhawk keeps adding new features, which makes the app more and more useful, but the be features require a subscription.

It’s worth downloading and trying for yourself. 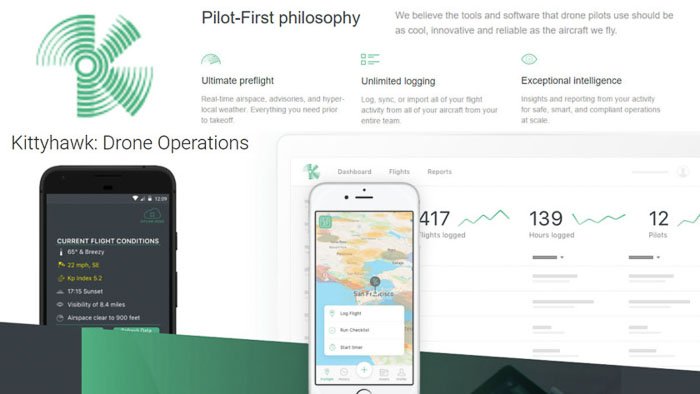 What Are Your Favorite Drone Camera Apps?

This is by no means an exhaustive list. There are so many great apps to help drone pilots fly their drones and take great photos and video.

I always love to try new apps out, so let me know in the comments what your favorites are.

Looking for more great tips for drone photography? Check out our new post on the 12 Best Drones with Camera 2019 next!

And here’s a cool video on drone camera apps  for you to check out before you go. 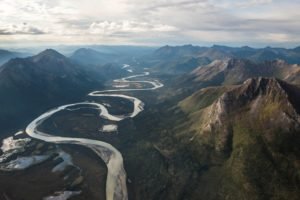 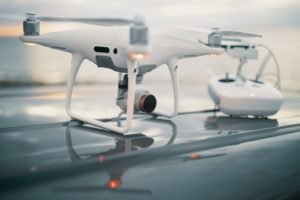 How To Use an ND Filter for Drone Photography

A ND filter (neutral density filter) can create beautiful motion blur in your drone photos and videos. It's worthing learning about the technical side of… 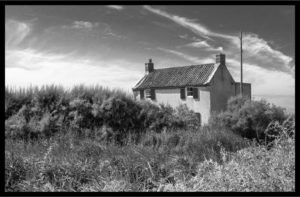 How to Edit Black and White Photography in Lightroom

Black and white photography has kept its popularity over the decades. Even in the era of colourful digital photography. You can use Lightroom as a…
See all articles in Aerial and Drone