Photography documentaries are fantastic combinations of knowledge and entertainment. You can learn so much from those who have mastered the field of photography.

We’ve compiled this list to help inspire you. Don’t forget; photography is a life-long journey of learning! 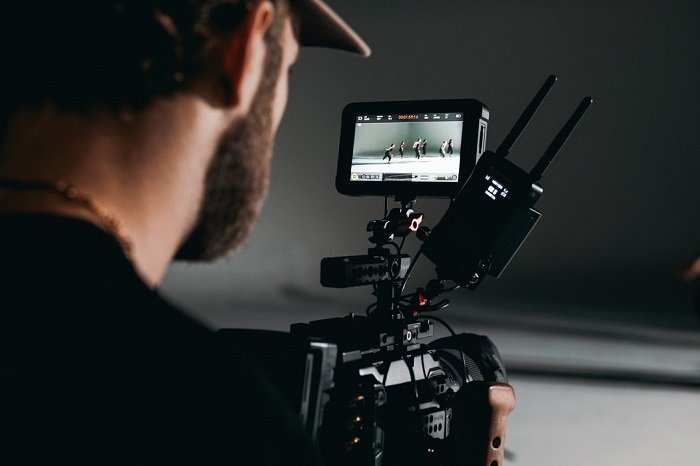 This movie was made by Williard Van Dyke. It is about Edward Weston, one of the best documentary photographers of former times. This 26-minute long photography documentary runs through his life.

There are a couple of quotes that stood out to me:

“Look for the light that will best reveal the nature of the material you’re photographing”.

“There are no rules of composition because each picture presents it own special set of problems. You can use no shortcuts, no formulas; the answer must be worked out each time”.

2. Brooke Shaden: How to Find Inspiration As a Photographer

Brooke Shaden breaks down all the misconceptions about finding inspiration for photography. She explains that creativity is not reserved for the select few. Any photographer who has the motivation can find inspiration.

She calls for action when you have a creative block in your mind. And she teaches you how to overcome it.

3. Gordon Parks – Half Past Autumn

Gordon Parks was a true modern renaissance man with achievements in many fields. Among his many accomplishments, he was a groundbreaking documentary photographer.

His images had a deep impact on our culture. The documentary is well worth 90 minutes of your day.

This excellent 90-minute-long documentary is part of the PBS American Masters series.

Alfred Stieglitz was a street and documentary photographer. This one is considered one of the greatest documentaries of all time.

Watch William Eggleston, a documentary photographer at work in his hometown of Memphis.

It’s only 47 minutes long so you can fit it in for a longer lunch break.

This is the intimate portrait of a great artist and ardent environmentalist.

For Adams, life and art, photography and wilderness, creativity and communication, love and expression, were all connected.

You can find this great 80-minute photography documentary right here.

Annie Leibovitz is one of the greatest portrait photographers of our age.

Her celebrity pictures, including the iconic shot of John Lennon and Yoko Ono, are world-famous. The list of stars she photographed is endless. It includes celebrities like Demi Moore, Keira Knightley, Mark Zuckerberg and Adele.

The Library of Congress named her a Living Legend. She is the first woman who has a feature exhibition at Washington’s National Portrait Gallery.

This 50-minute documentary depicts the development of Annie Leibovitz’s career.

8. National Geographic Live! The Life of a Photographer

Veteran National Geographic photographer Sam Abell offers a look inside the heart and mind of a master photographer.

9. The Many Lives of William Klein

William Klein has lived many lives and is one of the world’s most influential photographers.

He pioneered the art of street photography and created some of the most iconic fashion images of the 20th century.

He also made over twenty films, including the first-ever documentary about Muhammad Ali and a brilliant satire of the fashion world: Who Are You, Polly Magoo?

The documentary is only an hour long, a perfect choice for evening relaxation.

He specialised in street life and crime scenes in the 1940s and 50s.

Here is a photography documentary, showing a portrait of Andy Goldsworthy.

He is an artist whose speciality is ephemeral sculptures made from elements of nature. The documentary is only 30 minutes, but provides some inspirational insights.

The documentary focuses on the subject of one single photo, taken by Steve McCurry.

In 1984, he took a portrait of an adolescent girl living in a refugee camp in Pakistan. The portrait of the ‘Afghan Girl’ was on the June 1985 cover of National Geographic and became as famous as the Mona Lisa.

The 47-minute movie is about the search of the Afghan Girl and follows Steve McCurry to find his long-lost photography subject.

13. The Lost Pictures of Eugene Smith

In 1950, the American photo-journalist W Eugene Smith came to Britain to cover the general election for Life Magazine. But his photographs were never published.

He discovers how the magazine’s opposition to Attlee’s radical Labour government caused them to suppress Smith’s work.

Here is the 4-part playlist, consisting of four 10-minute-long videos.

14. Duffy: The Man Who Shot the Sixties

Together with David Bailey and Terence Donovan, Duffy is recognised as one of the innovators of “documentary” and fashion photography.

This style revolutionised fashion imagery and furthermore the fashion industry.

So influential were their images that in 1962 the Sunday Times dubbed Duffy, Bailey & Donovan the “Terrible Trio”.

Norman Parkinson further added to their notoriety by naming them “The Black Trinity”.

Together they dominated the London photographic scene, constantly pushing each other to new heights. Even socially they would spend many hours together talking, living and breathing photography.

In the 1970s DUFFY suddenly disappeared from view and burned all his negatives.

Filmed on the eve of the first-ever exhibition of his work, Duffy agrees to talk about his life, his work and why he made it all go up in flames. It only takes an hour to get to know the legend.

Fremantle, Broome and Port Hedland are shown here in a short (15-minute) but sweet photography documentary.

Acclaimed as one of history’s most influential figures in the photographic field, Henri Cartier-Bresson gives a revealing interview about his life, work, ideas and beliefs.

We find this 50-minute documentary one of the best documentaries about photographers today.

This 85-minute film is about fashion and portrait photographer Richard Avedon.

“To be a photographer,” Avedon says, summing up his philosophy, “you have to nurture the things that most people discard”. Watch the documentary here.

18. Cindy Sherman – Nobody’s Here But Me

New York-based artist, Cindy Sherman, is famous for her photographs of women. In these photos, she is not only the documentary photographer but also the subject.

She has contributed her own footage to the programme by recording her studio and herself at work with her Hi-8 video camera.

It reveals a range of unexpected sources from visceral horror to medical catalogues and exploitation movies. Moreover, the programme explores her real interests and enthusiasms.

She shows an intuitive and often humorous approach to her work and reflects on the themes of her work since the late 1970s.

She talks about her pivotal series known as the ‘Sex Pictures’. In this series, she addresses the theme of sexuality in the light of AIDS and the arts censorship debate in the United States.

The documentary is only 55 minutes long but it has lots of inspirational insights.

Here is an hour-long photography documentary on Lomography. It originally aired on the BBC in 2004. It is different from the other documentaries as it follows a company rather than a documentary photographer.

Here, you will see many images and subjects covered by this documentary photographic movement. Thoroughly enjoyable and one of the best photography documentaries of its time.

This documentary shows a group of photographers that we don’t always appreciate or respect.

Watch and enjoy at your own risk. The playlist consists of 7 videos, each of them are 10 minutes long.

There are many ways to learn new techniques and find inspiration for your photography. Watching a documentary on photographers is not only entertaining. It is also very educational.

Choose one or two of the above documentaries every week, and see how your creativity takes off!

You can also find heaps of creative inspiration in our Creative Photography Cookbook!