If you’re just starting out in photography, you’ve probably heard of the term “T-stop.” But what is it, and what’s the difference between a T-stop and an F-stop? In this article, we’ll explain everything you need to know about T-stops and how to use them. We’ll also provide a handy T-stop to F-stop calculator so you can easily convert between the two measurements. 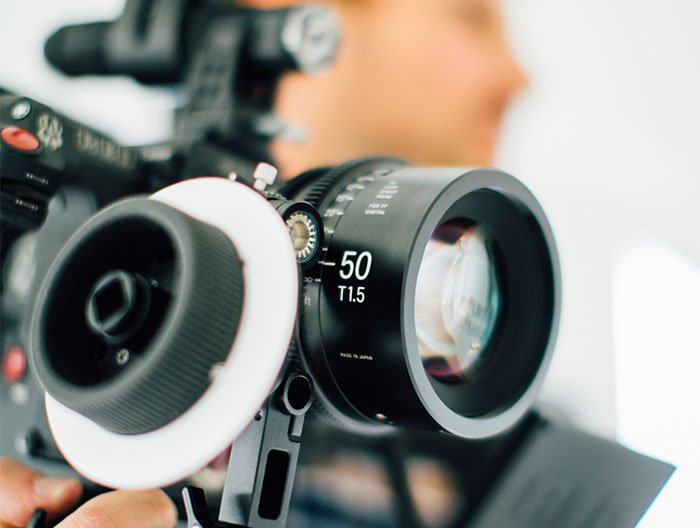 What Does F-Stop Mean?

So, if your focal length is 50mm, and the diameter is 25mm, you’ve got an f/2 lens. If you close the aperture down, that pupil diameter narrows and less light can pass. The f-stop marked on your lens is the highest value.

But, there’s a lot more to light transmittance than the f-stops ratio. There are many factors: the quality of glass, the number of lens elements, the amount of reflection inside the barrel. They all influence how much light reaches the sensor.

In consequence, the f-stop is only proportional to the amount of light passing. It’s not an absolute value.

What Does T-Stop Mean?

This is where the T-stop comes in handy. It is the f-stop corrected by the actual ratio light transmittance.

How Can We Determine the Exact Transmittance?

There is, unfortunately, no formula that tells us the exact transmittance. If we want to know the precise amount of light getting through, we have to measure it.

But it’s not something you can do at home. It’s a meticulous process, requiring a lot of testing and investment.

Some studios do light transmittance measuring themselves, but it’s generally not 100% accurate. Take a look at DXOmark’s database to compare lenses based on their T-stop.

Which Lenses Have the Highest Transmittance?

The more elements there are in a lens, the lower the transmittance it has. Every lens element decreases it a little bit.

So, for example, zoom lenses have lower transmittance than primes.

Much depends on the quality of glass and build as well. Cheaper lenses usually have worse quality glass in them. That means (among other things) that they let less light pass than more expensive optics.

There are exceptions, of course. For example, Rokinon’s manual focus lenses are not only of very high quality, but they even have their cinema lens counterparts.

Build quality inside the lens counts, as well. With better treatment for internal reflections, less light will get lost.

What Is the Purpose of T-stops?

There are many reasons why you don’t see T-stops in your everyday photography.

One reason is that it is expensive to measure accurately. So, companies don’t even test their cheaper lenses for transmittance.

The other is that in photography, f-stops are more practical. Today, every digital camera has built-in metering and high ISO performance. So you hardly notice the difference between a T3.2 and T2.9 lens (if both F/2.8), because your camera corrects for that.

The field where T-stops are much more usable is video production.

When you are always switching angles, it is crucial to avoid differences between them. The easiest way to achieve this is by using lenses with the same T-stop.

Cinema lenses are marked with their T-stop instead of an f-stop. Cinema lens lines also share the same casing and weight. This feature makes balancing and fitting accessories on them easier for cinematographers. Also, they feature pullable focusing and zoom rings.

The optics inside these cinema lenses do not differ much from photography lenses. Take a look at Canon’s 50mm f/1.2 and 50mm t1.3 lenses – they have very similar optics in two different barrels. 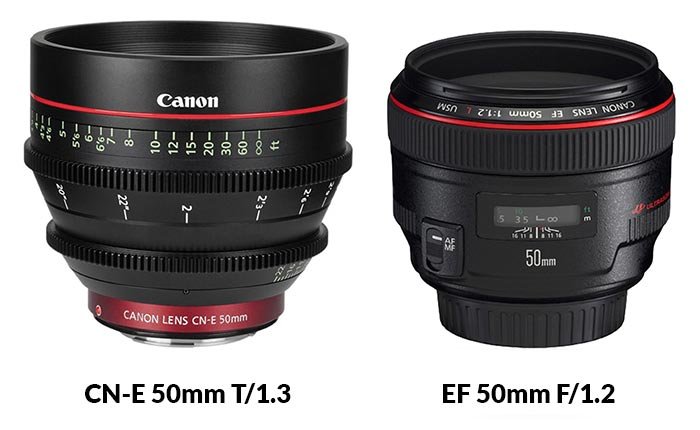 If you never had to bother with T-stops, you will likely not use them from now on either. But, it is useful to know about T-stops to avoid misconceptions.