is one of the major curses of handheld photography. It’s one of the most common reasons why you will have to throw away a photo.
Camera shake occurs when your shutter speed is slow enough that it will not freeze your natural body shaking (breathing, muscular tension, etc.).
This article will look at the many ways you can bypass this when shooting handheld in low light.
But first, let’s talk about intentional .

You can achieve other creative results by moving the camera during a long exposure.

Many cameras offer some sort of image stabilisation. You can find this on the lens (IS system on Canon lenses, for instance).
Or in the camera sensor, such as the Olympus PEN and OM-D camera bodies.

Some lenses will feature mode 1 and 2 stabilisation.
Mode 1 will correct all movements, while mode 2 will correct for the up/down movement only. Mode 2 is typical in panning photography.

There is a lot of misconception around about ISO. ISO, in digital cameras, does not affect your sensor’s sensitivity to light.. It electronically amplifies the signal recorded by the sensor.
This has many effects, one of which is ISO noise. In general, the higher the ISO, the brighter the image, but more noisy.
I prefer noisy images over blurry ones. I would suggest to raising your ISO until you can get a reasonably fast shutter speed.
Keep in mind that it is usually worse to brighten up an underexposed image in post. Just use a higher ISO to get the correct exposure.
Post-processing will introduce more noise, especially in the shadows.

While the focal length does not affect the camera shaking, it affects how much of it you will see in your image.
Short focal lengths are, usually, more forgiving than longer ones when it comes to motion blur. The amount of blur is “diluted” in the wide field of view.
By zooming in, you are reducing the field of view, thus making everything big: the details and the motion blur.

The shutter speed should be the inverse of the focal length used. That way you’ll get sharp images handheld and without image stabilisation. At least in theory.
If you are at 200mm, your ideal shutter speed be should  1/200s.
In reality, how slow your shutter speed can be will depend on how much you shake. And how well you are holding the camera (more on this later).

In the film era the number of exposures we could take was quite limited (max 36 exposures per roll of film). In the digital world we can take hundreds of photos.
We can adopt the so-called, and usually bad, “spray and pray” method in an attempt to get sharper images.
Pressing the shutter for a single photo at a time can introduce or amplify camera shaking. When using the burst mode, you press the shutter only to start and to stop taking photos.
Try taking three/four images in rapid sequence. This will usually allow you to capture one image that is noticeably sharper than the others.
In the test sequence below, the second image is the sharpest.

I did this test with the Sony RX10 handheld. Image stabilisation was on, focal length of 200 mm, aperture f/2.8 and shutter speed 1/10s.
This is below the 1/200s speed suggested by the empirical rule I mentioned earlier.

How to Hold the Camera to Avoid

When it comes to , technology can help. But the way you operate and hold your camera is crucial to get steady shots.

Light and small cameras are good for portability, but not great for avoiding .
Small camera bodies, such as in pocketable compact cameras, make it difficult to get a good grasp on them.
And light cameras will not have enough inertia to hold them as steady as possible.

A good posture for steady shots is a relaxed one. Don’t assume postures that stress your muscles or keep them in tension. This will increase body shake.
If you cannot lean on something, to best stabilise your posture, spread your legs. Do this either laterally or one leg in front and the other behind your torso.
This will allow you to form a triangle with your feet and pelvis, which will stabilise your body. 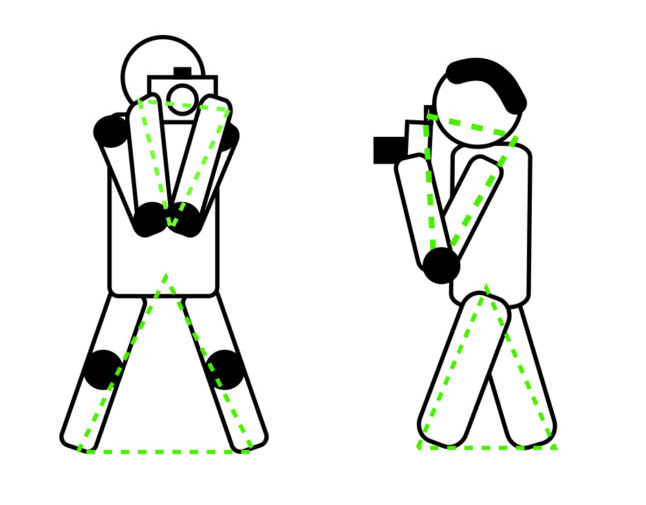 Keep the elbows one against the other and pushed into your torso. You will form another triangle that will help stabilising the camera.
Another trick is to be as light as possible when firing the shutter. Ideally, it is said that you should almost be surprised to hear the sound of the shutter.
Also, mind your breathing. Don’t hold your breath but begin to exhale and fire the shutter when you have finished exhaling.

The Role of the Viewfinder In Camera Stabilisation

Compact cameras and camera phones don’t have a viewfinder, so you have to look into the camera screen. This makes it natural to move the camera far from the body, at arm’s length.
A viewfinder makes you put your camera against your forehead. This means your arms against your torso and close to each other. This forms two closed triangles that stabilise your posture and the camera.

Particularly with cameras that do not have a viewfinder. You may have acquired some very bad habits when holding your camera.
Think of the human body as a series of sticks and joints, as in the scheme below.
Bad habits are all those postures where the sticks and joints used to hold the camera are kind of floating in the air. And only muscular tension keeps them in position.
This tension increases body shaking. And you cannot hold your camera steady enough to shoot in low light.

As we said, the use of a viewfinder does help you to hold your camera steady, but what if you do not have one?
The principle of a good posture does not change. Tuck your arms into your body and keep your camera close to your torso.
If you can, sit on the ground or kneel and place your elbows on a knee, in a very stable position. You can also lay down on the ground and put one hand under the camera.
If you want more distance from the ground, make a fist with the hand you have under the camera.
Finally, leaning on walls and lamp posts will help to stabilise your posture.
A monopod can also be useful to keep your camera stable. Make it lean toward your body, rather than pushing it away from the body.
The image below summarises all these postures.

These postures, while good to hold the camera steady, can make it difficult to see your camera screen. Do not hesitate to use the articulating screen, if you have one.

Good Postures for DSLRs and Cameras With a Viewfinder

This chart summarises the best postures for when you can use a viewfinder.
The camera will be further stabilised by touching your forehead.

A trick to help you stabilise more is to use a string tripod.
Tension a string attached to the camera tripod socket to one side and to your belt (or under you feet) on the other side.
Tensioning the string will engage your muscles and reduce shaking.

I prefer to attach bungee cords to my belt. Tensioning the elastic cords gives me more control. Some commercial solutions are also available.

What if you are left eye dominant? Use the hold photographer Joe McNally has made famous and illustrated in his blog.

In this article we saw how to adopt good postures for steady shots without .
This includes camera phones, compact cameras and cameras with viewfinders, such as all DSLRs and some mirrorless cameras.
Next time you are shooting handheld in low light conditions, remember to use these postures. And pay attention to the way your hands wrap around the camera to support it.

Use the easy-to-follow photography cheat sheets for stunning photos, with help on with... 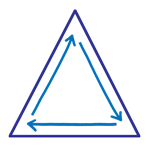 The easiest way to get the exposure right in all scenes 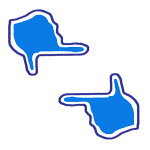 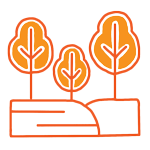 Quick tips on how to shoot in a variety of situations

Where should we send the free cheat sheet?

Use the easy-to-follow photography cheat sheets for stunning photos, with help on with...

The easiest way to get the exposure right in all scenes

Quick tips on how to shoot in a variety of situations

Where should we send the free cheat sheet?