If you want sharper photos and have tried every focus setting you have, maybe you are looking in the wrong place.

Getting sharp images is not always about better focusing. Often it is about reducing motion blur, specifically, your motion.

Many of today’s cameras and lenses have image stabilization technology that is designed to reduce camera shake.

Let’s look at how and when to use image stabilization for sharper images.

What Is Image Stabilization?

Image stabilization reduces the small motions you make when handholding your camera. Almost unnoticeable. You will notice camera shake at slow shutter speeds. This is because we cannot hold the camera still enough for a clean shot, so there is a slight blur. You can really see this if you zoom in on an image with a clean line or a light source.

If you always shoot at fast shutter speeds, then you probably don’t need image stabilizing technology. The shutter is not open long enough for the picture to blur. If you always use a tripod, then you also don’t need extra stabilization. We will talk more about when to turn off this feature later in the article.

Of course, there are more factors than just focal length that affect whether your photos are shaky. Some photographers are naturally steadier than others. Some have a very stable photography stance or lean on a tree or post. On another day, maybe you’re feeling jittery after too much caffeine! This will all affect the camera shake in your images.

The Reciprocal Rule is pretty simple, but it has little to do with real-life photography. You don’t have to look far to see photographers breaking the rule. So how are they doing it? How do they get clear images at a slower shutter speed? The answer may be in their image stabilization systems.

How do Image Stabilization Systems Work?

Image stabilization is a system of gyros and microcomputers attached to either a floating lens element or sensor. The gyros detect the slightest movements of your camera. The information is sent to the microcomputer, which moves the elements in the opposite direction to compensate. All this is going on behind the scenes without you even noticing.

Mobile phones like iPhones also have stabilization, but the system works virtually. Algorithms counteract camera shake. In your camera or lens, the system is optical and physical. The element moves to counter camera shake.

Sony, Olympus, and Pentax have put image stabilization in their cameras. This means that any lens attached to the body will benefit from the technology. Canon and Nikon now also include stabilization technology in their mirrorless camera bodies.

In-camera and lens stabilization can work together for a steadier shot. For instance, the Sony A7R3 has a 5-axis stabilization system. Three axes work on the sensor, and two adjust the lens.

Camera shake is more apparent with telephoto lenses. The lenses tend to be larger and heavier than wide-angle lenses, so they are more difficult to handhold. The Reciprocal Rule means wide-angle lenses can often be handheld at slow enough shutter speeds to avoid camera shake.

This, in conjunction with better ISO performance on today’s cameras, means that you only need to pull out a tripod when your shutter speed lengthens towards a second.

With image stabilization, you can handhold your camera at a slow shutter speed. But just because you can, doesn’t mean that you have to. The technology gives you flexibility in low light. For example, if you are shooting with 100mm, you don’t have to slow your shutter speed down to 1/3rd of a second. Instead, slowing your shutter speed down one stop to 1/50th of a second may be enough to get the light you need. As a result, you have a wide range where you are likely to get sharp images.

When to Turn Image Stabilization Off

Image stabilization sounds great. It will help you make sharper images at slower shutter speeds. But it is not always the right setting to use. Sometimes it is better to find the off switch.

Turn off the stabilization feature if you are intentionally moving the camera. Like when you are panning. Panning is when you follow a moving subject with your camera. This keeps the subject in focus but adds motion blur to the background. Some image stabilization systems can figure out what you are doing and switch itself off. Otherwise, image stabilization works against your panning efforts.

Shooting With Your Camera On a Tripod

Your Subject is Moving

If you have problems with battery life or are running short on juice, switch off the image stabilization. It takes a lot of energy to run the system.

Image stabilization is only important if you shoot in low light situations where you need slower shutter speeds. Image stabilisation isn’t for you if you often shoot at 1/500th of a second in lots of light or are mostly on a tripod. You can turn it off in the menu system and save a bit of cash by buying non-IS lenses. But if you often handhold and want sharper images at slower shutter speeds, then image stabilization is for you.

If you want some cheat sheets to help you capture stunning images, check out our Quick Capture Cheat Sheets. 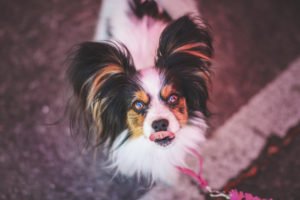 If you're interested in taking pet photos, a photography cheat sheet is very helpful. Although pet photo shoots are a lot of fun, they can… 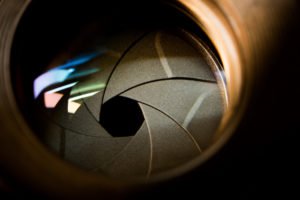 What Is Exposure in Photography? (And Why it Matters!)

Knowing how to control light allows you to create different artistic results. That's why you must learn how to use exposure to grow as a… 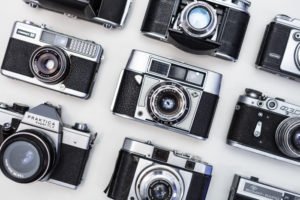 What is the Crop Factor in Photography?

Learning the technical aspect of photography is as important as its creative side. Even if you do not want to study all the details, it…
See all articles in Photography Cheat Sheets