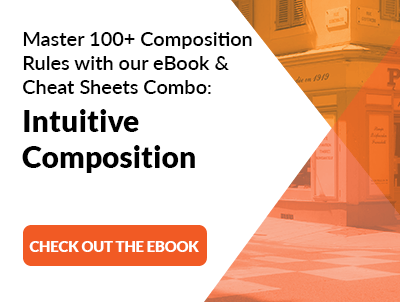 What is Visual Weight and How Can I Use it?

I’ve mentioned visual weight a few times now but have never gone into detail about what it actually is.
It’s a lot more than just the size of an object in a scene.
Visual weight is determined by the way in which we look at a photo, what do we see first and spend the most amount of time looking at?
If you understand the visual weight of different objects in the scene, you can use this knowledge to effectively encourage the viewer to see the photo in a certain way.

Which Objects Provide the Most Weight?

The single most effective way of adding visual weight to a specific part of a photo is to include eyes.
The first thing viewers see is the eyes. If the eyes of the subjects are looking away from the camera,this can be a great way of forcing the viewer to look at multiple parts of a photo in order.
Consider the photo below as an example; notice how your eyes briefly glance over the game before alternating between the spectators at the top of the frame. 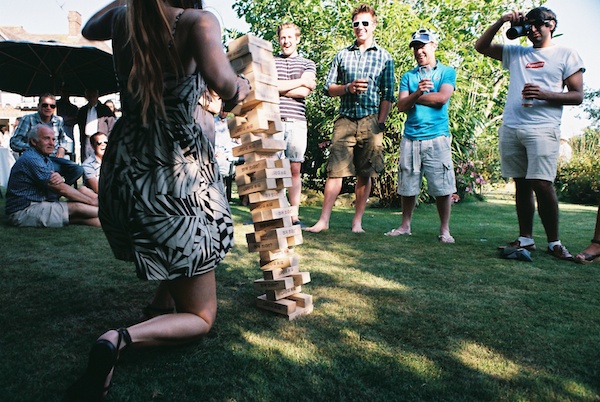 Now look at the photo again, only this time with the spectators cropped out; the majority of your time spent looking at the photo is looking at the toppling tower to the left of the frame and the players reaction to it.
This is vitally important to remember when composing your shots; the subject can be greatly changed by the addition of a few sets of eyes. Without the eyes, there’s a lot less to look at, so the viewer spends less time on the photo. 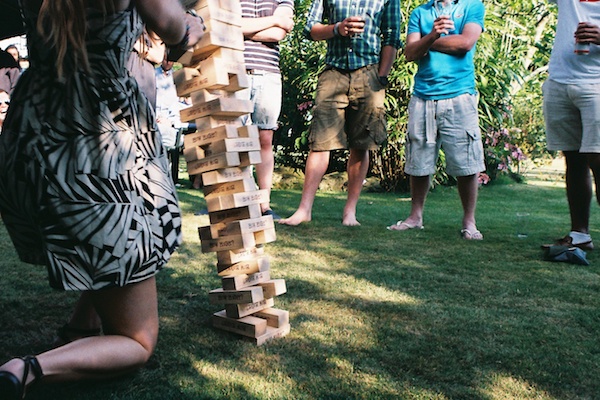 Of course, size and colour play a large part in drawing the viewers’ attention to a certain part of the frame; they tend to stand out the most from afar.

When an object occupies a large proportion of the frame, it can’t be ignored but this is a lot less subtle than the addition of a pair of eyes.

When this large object is also bright or contrasting in colour, the tendency to stand out is greater as it appears to be out of place.

Consider the next photo for example: the size of the container on the right stands out greatly, providing roughly the same visual weight as the dog and her eyes. This, in turn, balances the photo, which makes a relatively dull photo more interesting as more time is spent looking at it. 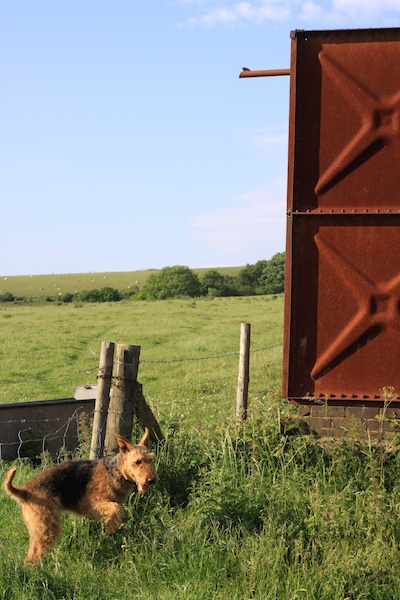 Writing in photos hold a great amount of weight as the viewer is immediately suspicious as to what the photographer wants them to see.
This can be very useful but, at the same time, a bit obvious.
If you were to use writing purely for the shape and colours, it’s best to use a foreign language. The photo below is a good example of this; when you compare ‘SOLD OUT’ with ‘JE RASPRODAN’, it’s easy to see which holds the most interest with the viewer. 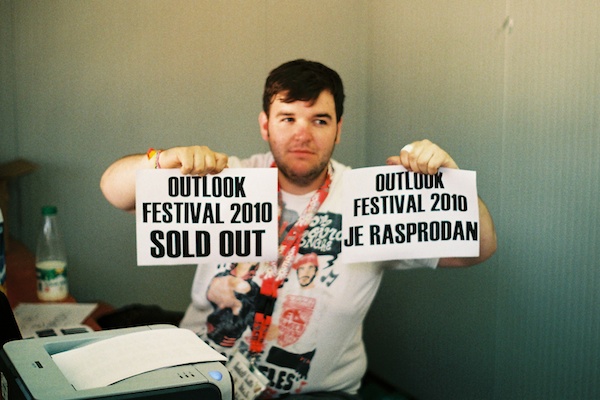 I recently received a comment from a reader who mentioned captioning photographs; I should weigh in my two cents: I recommend not captioning your photos at all.
Text in (or in this case, alongside) photos carries a visual weight that encourages your viewer to think in a certain way. While this has its uses inside a photo, when you add a caption, you’re taking away the influence of the viewers’ imagination.
The photo below is actually a lot stronger due to writing being included inside of it, not alongside it. 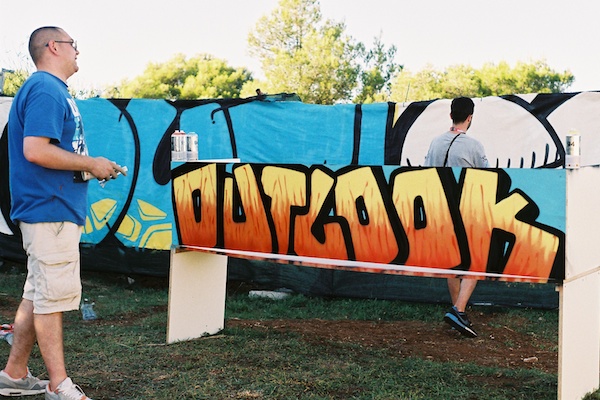 We’ve covered what I consider to be the three top weighing objects that you can include in a photo but there’s still plenty that will attract your viewer to certain points in a photo.
Everyone seems to love looking at photos and there are billions of them out there, all serving different purposes.
Some good photography may have you engrossed for hours, spotting new aspects as you continue looking, whereas others are designed to produce a few seconds of entertainment. The latter is where you’ll usually find these sorts of weights.
That’s not to say that the points covered in the subheading can’t be used for other purposes; they can be used very effectively if done properly. They just also happen to be found on the majority of image sites that offer light hearted entertainment.
Have a look at the photo below. Before you scroll to the text below it, ask yourself: what stands out? 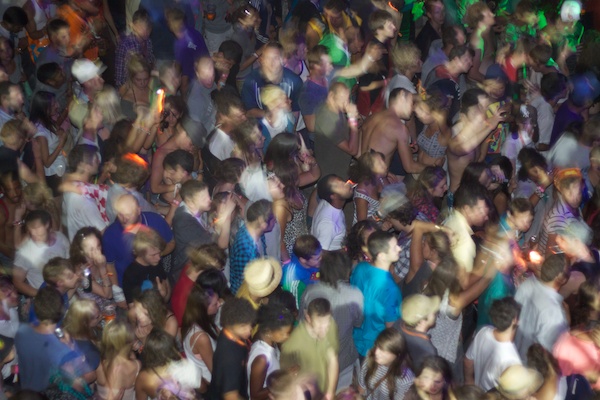 I’ve used the photo below many times on this blog that’s because it’s one of my favourites. This is due to the colouring, texture, eyesight and visual weight.
Had I cropped the photo to the girl’s face, there would be a single point of interest carrying all of the visual weight. Because I was further away, I was able to add multiple points of interest.
The first thing we notice is the girls face, her eyesight brings you over to the man sitting on the right, with his eyesight bringing you back to the girl.
Because of already having looked at her, you start to notice the large arm of the sofa which seems to be almost intruding on the photo. Because of the size, colour and effect it’s having on the primary subject, it carries a lot of visual weight. 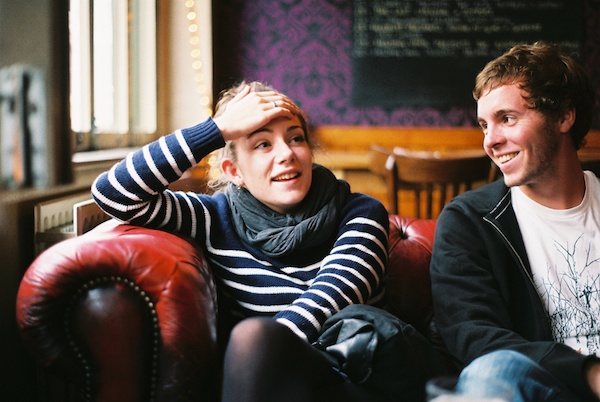 What I mean to say is that, the more subjects or objects included in a photo, the more complicated the composition can become. This, in turn, can make the photo more interesting.
The biggest thing to take away from this article is that size doesn’t matter: it’s the actual content that makes the biggest difference. The more subtle you make your photographic composition, the more interesting the results can become.
I hope this has helped to clear things up for any of you who were wondering. 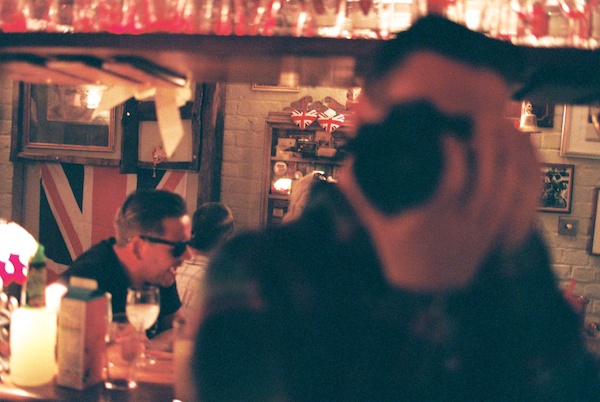 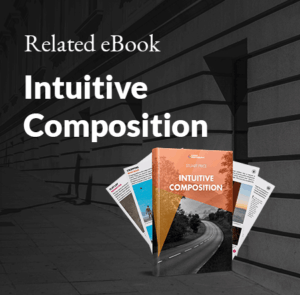 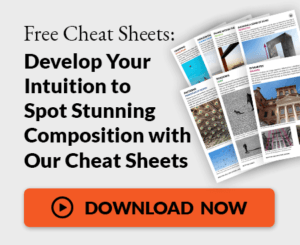 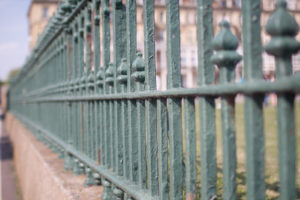 Use Converging Lines to Improve Your Composition

If you've been following my basic composition technique tutorials, you'll already know how effective the use of lines can be when composing a photo. To… 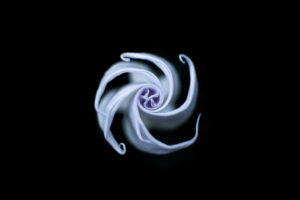 What Is Radial Balance in Photography? (And How Should You Use it)

To create interesting images, we can use compositional techniques in our scenes. There are the usual rules, and then there are the uncommon ones, such… 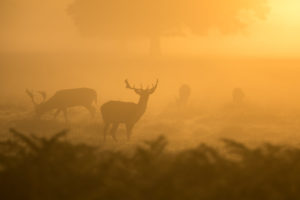 Fine art photography is the most creative area of image capturing. Here, you need to rely on your own ideas and vision. These works are…
See all articles in Composition