It’s every photographer’s worst nightmare: having their photos stolen and used without permission. But for one photographer, this nightmare turned into a dream come true.

So if you’re wondering what to do if you have stolen photos, remember this story: sometimes it can be worth working with the thieves instead of against them! 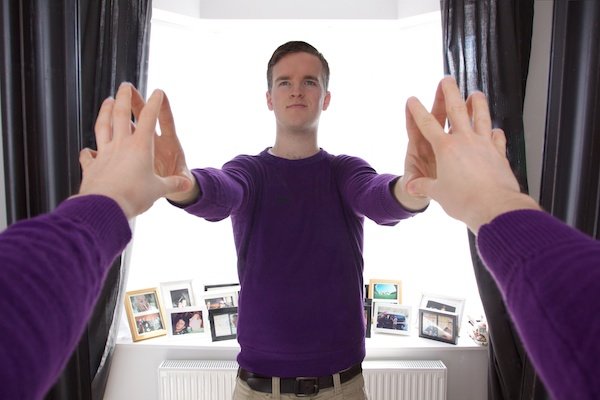 TIME OUT
Before I go any further, I’d like to explain the importance of a link to anyone who may not get it. As someone who runs a photography website for a living, website traffic is what I’m looking for. It’s incredibly important. So if someone much bigger than myself wants to take my photos and send me traffic, then I’m all for it. But when a huge website takes my photos, and ignores the fact that everyone else is linking to me, then this is not acceptable.
TIME IN
They can call it a news story, but that does not give them the right to use my photos, especially without my permission. And permission is easy to find, I have all the necessary contact details on my website. They could have contacted me and asked me at anytime. I’ll let you into a little secret… I would have said yes.
For anyone who’s not familiar with The Daily Mail, it’s a tabloid paper here in the UK. Their content ranges much more on their website than in their paper, and it often covers a lot of celebrity ‘news’. They also think that everything gives you cancer. I’m not here to talk about their content though; each their own.
Ok, so a website has taken my photos, but neglected to leave a link. No biggy, I’ll contact them.
In the past, I’ve found that the best way to contact someone is to use Twitter. It’s short and to the point, and I can find the contact information of the original author almost immediately. Some people laugh at this, but it’s actually really effective. I tweeted the author (couldn’t find his email address) and waited.

And waited.
In the meantime though, I went through other channels. I emailed both their feedback email address and their editorial address.
Here’s what I sent to both:

Hello,
I run ExpertPhotography.com and you’ve quoted and used my photos without my permission on your website. I have no problem with this if you include my link at the bottom of your post, but as it stands there is no link. The other sites that have written about this article have all linked to my original link. Please can you add one in return for the use of my photos in the article.
http://www.dailymail.co.uk/sciencetech/article-2127704/Photoshop-mirror-trick-Photographer-takes-impossible-self-portrait-camera.html
My link: https://expertphotography.com/hidden-camera-mirror-photo-trick-photoshop
Please get back to me ASAP as this is a time sensitive issue.
Kind regards,
Josh Dunlop

Then I waited. And waited.
As I mentioned in the email, it’s a time sensitive issue, so not wanting to waste any time, I tried other methods. I left a couple comments on the post to see if that would work. Unsurprising to me the comments are moderated (I moderate all of mine), so it didn’t show up. But half an hour later, there’s been another 10 comments. But mine is nowhere around. So someone had read it, and decided to ignore it, even though it wasn’t negative, just something along the lines of ‘Can you please link to me’.
Ok, how else can I do this. I know, I’ve got close to 8,000 Twitter followers, maybe they can help. I sent out a simple tweet contacting TDM, and then another asking my followers to ReTweet it. And assuming that there’s someone running their Twitter (there is), they would have received the same tweet 23 times.

Now I know what you’re probably thinking by now, ‘tweeting, commenting, are you sure this is going to work?’. The answer: No. But it did.
Annoyed, but busy, I let it go for the evening. The next day, roughly 24 hours after tweeting the author, he tweets back, and gets a link added that afternoon. But unfortunately, it was too little, too late. They barely sent anyone to my humble photography website, so little in fact that the top referrer sent me 56 times more traffic.
What to do?
Well, if you’ve taken my photos, and not given me anything in return, then it’s time to pay me. No excuses.
I might have let it be and chalked one more up to the big corporation, but after looking into the problem a little further, I found that there was more to the problem than meets the eye.

I found this article that talks about a very similar situation, only much more serious. The photos belonged to a very good photographer, who wasn’t contacted either, had his watermarks removed, and images resized. They weren’t the sort of photos that were taken in about 30 minutes in your office…
And you want to know the real kicker? That article was written just two days before my photos were stolen. Clearly having not learnt their lesson, I decided it was time to get paid.

Here’s what I did. I did what I should have done the day I saw my photos, I contacted their online picture desk.
I get through to TDM, and before I can finish the sentence ‘Can you put me through to your online picture desk’, another dial tone sounds and I’m on my way. It was clear from the disappointment in the voice of the man I spoke to that he was not going to enjoy this phonecall, stating that he was getting tired of this happening. So yeah, it must happen a fair bit.
The man I spoke with was excellent. I’ll give him that, he got the problem solved for me.

Here’s how it went.

I start explaining the situation, and before I can finish, he responds that the person I need to talk to is the author, and says he will send me his email address. I explain that this isn’t acceptable, because I’m sure that the online picture editor is a much better person to get an invoice paid than the author. Then I further explain what’s happened, and why I wanted to pursue it, and mention the article detailing that this had happened before.
It turns out that the man I was speaking to was the one who dealt with the other photographer, just days before. Knowing that he wasn’t going to hang up on me, and that they do pay out for this sort of situation, I push on. After about 10 minutes of talking, we came to an arrangement.
We talk for a couple minutes about what I wanted out of the situation. I didn’t lecture him about why they shouldn’t have done it, he knew full well. He made me an offer. He was willing to pay me their standard fee of use of each photo, or if I wanted recognition, I could talk to the author. If I wanted more money than he was offering, I could have gone down another avenue, which would have made a point, but would have ultimately taken more time and money than it was worth.
I agreed to their standard payment for use of online photos, although it probably should have been a bit more, and there should be a fee for using the photos without my permission. I could have pursed it further, but I didn’t for two reasons. Firstly, I’m very busy at the moment (lots of work and moving house, ergh), and I felt that I had made my point.
If you do wonder what you should be getting paid though, then here’s an excellent resource for online photos, and sizes.
The reason they paid me so quickly is largely because major news outlets have a budget for images like this, and a system in place. They just think that they’re big enough to get away with it. Or that it simply doesn’t matter.
Among the excuses I got from the picture desk were that they do try to contact everyone about their photos first, and although I believe that this is what the man I spoke to would personally do, I don’t feel the same about some of their authors. He also mentioned that the reason this happens sometimes is that the authors see the photos getting shared across the internet, and assume that they must be happy for the recognition.

Watermark your images. If they edit out the watermark and don’t ask your permission, then that’s a pretty good sign of being guilty.
If you see your photos being used, the first thing you’re going to want to do is use Versionista. This records any changes made to online webpages, so if they decide to change or remove anything, you’ve still got a copy.
Take screen shots, it’s simple, but it’s a good way to keep a record, and they’re timestamped.

Don’t bother with email (too easily ignored), or Tweets (although it worked for getting credit), go straight to the phone, and go in knowing what you want to get from them.
Do you want the photos taken down? Say so, but don’t expect them to pay an invoice.
You want proper recognition? Time is money, get it done fast, or you can expect to not get it done at all. In media outlets like TDM, yesterday’s news comes about pretty quickly.
Want an invoice paid? Talk to their picture editor, and don’t allow them to sponge you off on someone else. Talk on the phone, not by email. You can’t ignore someone who’s on the phone to you. They’re the best person to be talking to, and although they are effectively having to do someone else’s job (the author’s) of paying you, it’s not your job to go round chasing up stolen photos either.  This proved to be the fastest way around it.
Act professionally, even if they haven’t. It’s not a time to get bitchy, it’s a time to get paid. You don’t need to repeat yourself a hundred times to get your point across, even if they’re trying to talk over you. In my experience, talking slowly and calmly had provided much better results.
Lastly, don’t let them get away with it. I nearly did, and I’m glad I didn’t. This sort of thing needs to end, and the only way that we can put a stop to it is to continually chase people up when they do this sort of thing. Just because you can do something well, and with ease, it doesn’t mean you should do it for free. 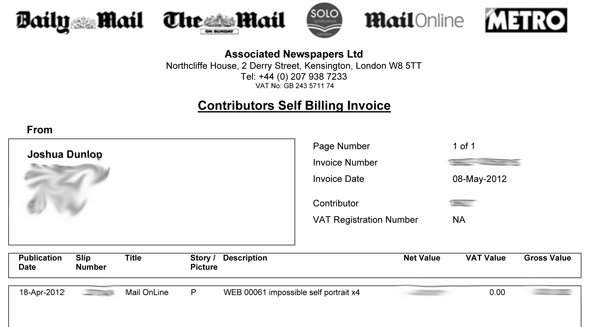