Have you ever photographed something majestic and grand but your picture just didn’t do it justice? Things appeared smaller or bigger than they were supposed to? That’s a problem of photography scale, and in this article we’ll show you exactly what to do to really do those landscapes justice.
Scale in photography is what delivers this understanding, and shows how big the scene really is. There are a few simple photography tips and techniques to add scale to your photos and make them look closer to the reality.

Nothing major or extraordinary here, you’ll need just a few items apart from your standard camera and lens. A telephoto lens is great for adding a sense of scale in landscape photography, and a wide-angle lens is perfect for manipulating it. I’ll show you how to use them later in this article.
A nice-to-have item is a tilt-shift lens, but it’s not a requirement as it costs too much and has a narrow application. 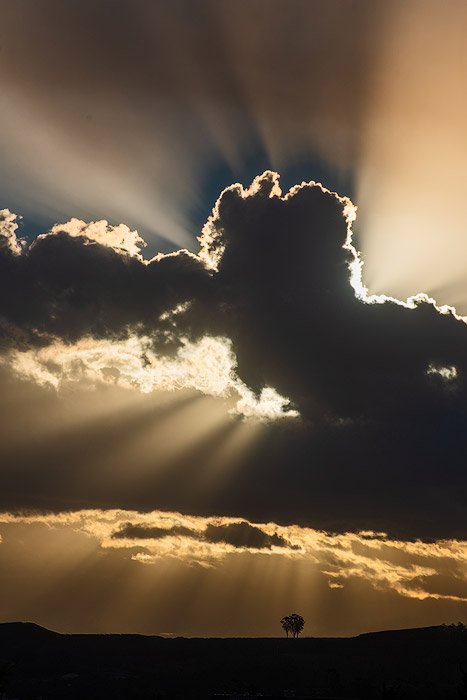 When we look at some cliffs, a massive wave, or a giant tree we have no idea how big it is. Unless there is something in the picture that we surely know the size of. Such an item is called a reference item. We use it to compare other objects hence bringing the understanding of the real size and scale.
A good reference item would be something everyone is familiar with, like a lighthouse, a hut, a tree, etc. Anything goes as long is it is easy to compare.
Have a look at the photo below. The mountains surely look majestic but have a closer look and find a cruise ship. See what I mean now? It makes the image ten times stronger once you spot it. 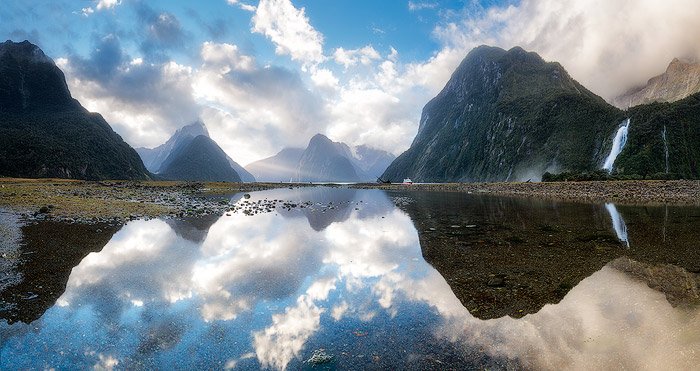 By the way, this is why aerial photography is so popular. They show known objects being tiny hence producing a wow-effect when the viewer understands the scale of the surrounding environment and compares it to what he already knows.

Keep People In Your Photos For a Sense of Grandeur

Any landscape photographer tries to avoid people in the photos, but sometimes it is much better to do the opposite and achieve impressive results.
One of the best and most simple ways to add a sense of scale is to have a person in the frame standing against something massive. This way the comparison emphasises the real or imaginary size.
When I say imaginary size, I mean the other object is not necessarily as big as the photo shows because we manipulate the ratio using the focal range. I’ll explain it in the section below. 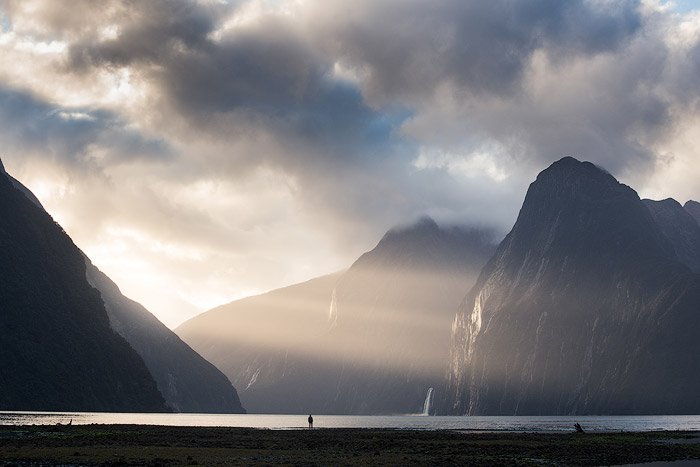 A human subject adds a perfect sense of scale, but that’s not all. It also makes the picture relatable. The viewers immediately envision themselves right there in the shot. So, it also has a psychological effect too.
The other thing about adding people to photos is that this way it tells a story. The story of an adventure, of nature’s beauty, of some kind of amazing experience. Try to imagine the photo above without a human and see how much it loses.

How to Use Lenses to Achieve Scale In Landscape Photography

Alright, so now you have a general idea about the scale in photography. But it needs a little more explanation on how to use it and when. I’m going to give a few examples based on telephoto and wide-angle lenses to cover extreme cases.
I’m sure you can figure out the rest by extending my examples and inventing your own applications.

As you probably know, the telephoto lens squeezes perspective by removing the depth from the photo. This effect could be super useful for the scale. Imagine distant heavy clouds. If we use a wide-angle lens, they show up as something distant and serve as a background.
Contrary, a simple zoom makes them menacing and imminent. And if we have a figure to place against this background, it immediately shows an enormous danger and lots of drama. The only thing is that a subject should be far away in the distance so that when we zoom in, it stays small against the vast background. 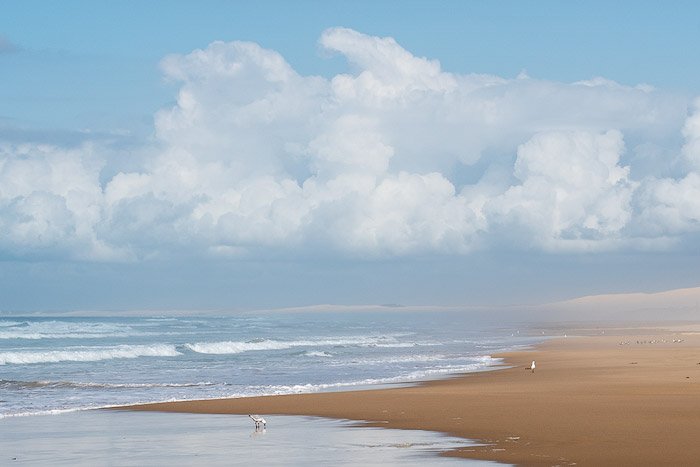 To sum up, the idea is to enlarge background and put something looking as very small against it. The examples would be a lighthouse against massive waves, a human against the Milky Way, a lone tree against a large cloud, a lone person in a vast desert, etc.

It can be a little tricky to compose for a landscape photography using a telephoto, but there are a few tips and tricks for that.
First and foremost, you must apply figure-to-ground relation here, i.e. make the subject stand out. Our eyes can easily separate a moving object from the background, but it only moves in reality and does not move in the photo.
So, if it blends with the background, all is lost, there is no way to make a great picture. Think ahead and try to find a contrasting background for the main subject. 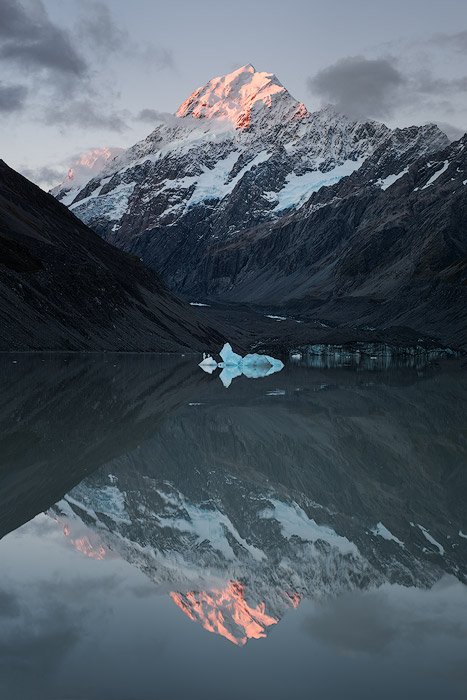 Second, in my experience, you don’t necessarily need to follow the Rule of Thirds or any other similar rule. We are after drama and contrast, and inharmonious composition increases the tension.
This way, you can place a human or a tree or whatever else you have pretty close to the frame edge, and it’ll still look great.

Scale works both ways. If you can make something look big, you can make something look small. The most common example is a snapshot of a human with some attraction in the background.
For instance, a person staying with the Pyramid of Giza in the background. The person looks big, and the pyramid looks small.
We can exaggerate this effect even further using a wide-angle lens, which makes the foreground bigger and the background smaller. You can manipulate the proportions by moving closer to the foreground subject. The wide-angle lens also stretches the middle-ground making the background more distant. 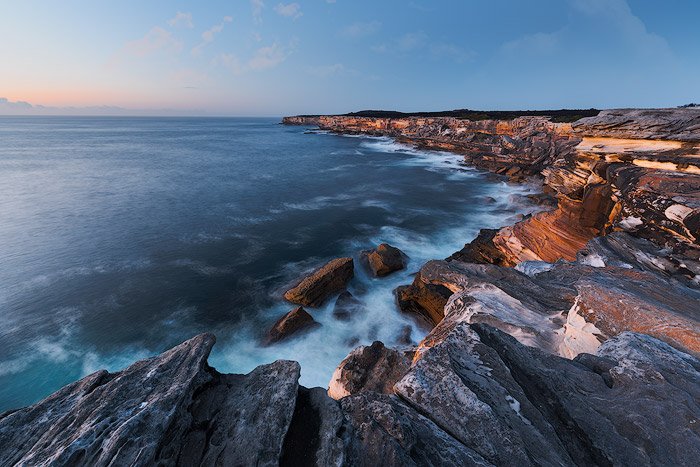 Some good artsy examples involve creating a stronger sense of vastness and space due to the exaggerated perspective with some solid anchor in the foreground. Such an approach gives another dimension to the sense of scale in photography.

An unusual yet efficient approach is to use a tilt-shift lens. It allows the photographer to control the depth of field making it very narrow for the normal focal range simulating the miniature scene. It adds a lot of depth to the shot.
However, we are interested in another effect. This effect I’m talking about is opposite to those we have already discussed. It makes the whole scene look smaller, even like a doll’s house.
With certain tilt and shift parameters, most of the view is de-emphasized and the remaining part stays in focus and looks like a miniature.

Showing Distance as a Measure of Scale

Another measure of scale is distance and space, and it could be a challenging task to show them in a two-dimensional photo. We need to show that there is something closer and something farther away.
There are several ways to show distance: 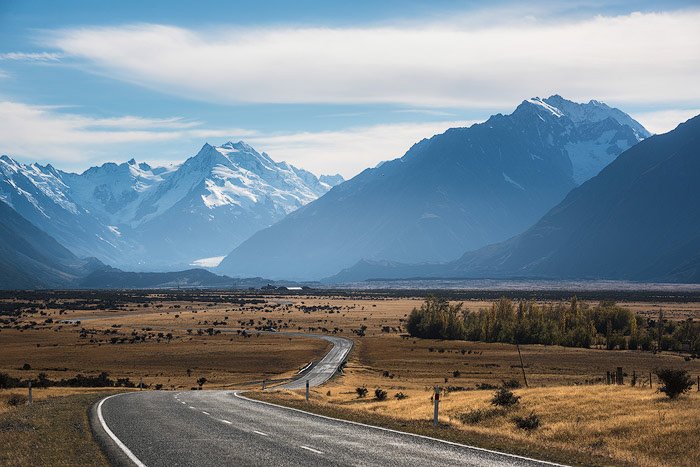 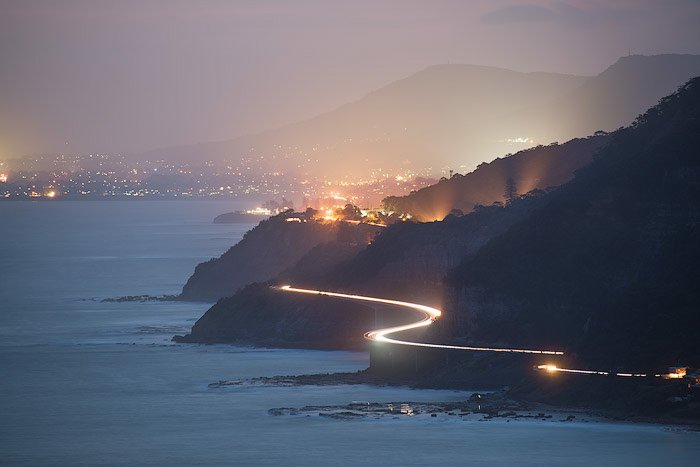 Have a look around. The biggest, the most spacious thing you can see is the sky. If we place literally any subject against the vast endless sky and make it look smaller, we instantly imply the scale of the world, of the universe against that lone tree or person or whatever we place there.
The negative space is the “unused” area of the photograph showing, either the empty sky or the fog or anything else with little to no texture. Its context is loneliness and place in the world.
The negative space should take a larger part of the photo with the main subject taking a small portion. 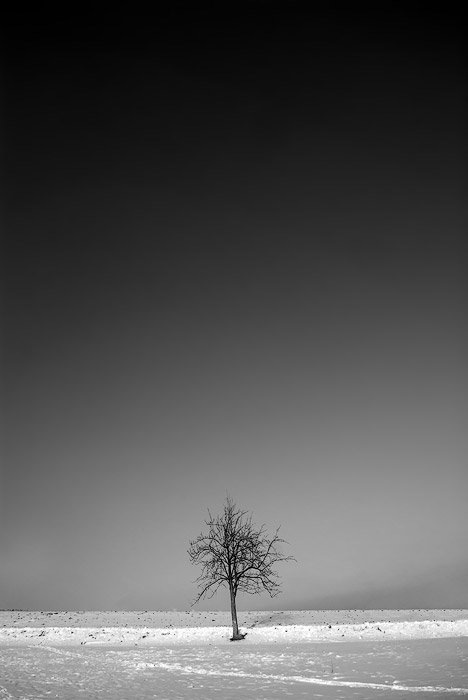 Last but not least for this topic is the panoramic technique. The whole idea behind panoramic photography is about the scale of a scene, about the vast scenery that doesn’t fit into the frame. But not all panoramas are born equal.
It’s very easy to void all efforts just trying to squeeze a little more in. It’s not about squeezing but about conveying the surroundings. The best approach here is to make at least several vertical shots and stitch them horizontally together.
It would be even better to create two rows of vertical shots and produce something grand.

Sense of scale in photography is a strong technique to apply to your photos. It instantly adds drama and tension and often causes the wow-effect. You can extend it even more by adding a human figure into the picture and producing a relatable image.
All of these tricks are easy to apply once you remember to ask yourself if you are showing the size and scale of the scene.
Why not check out our tips on planning better landscape shoots or taking beautiful fall photography and keep improving your craft! 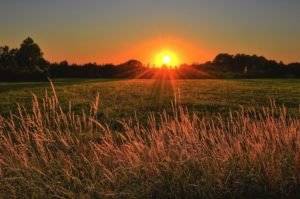 Many photographers like to shoot sunset timelapse photography because sunsets are breathtaking and diverse. There's a lot you can do with even a few minutes… 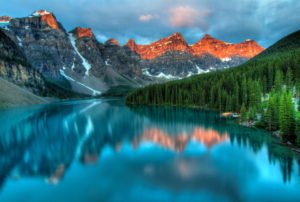 Do you love to shoot dramatic landscapes and beautiful interiors? Or often work in complex lighting conditions? Then HDR is a technique you should learn… 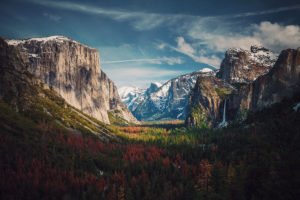 California is known for many interesting places, but one of its most notable trophies is Yosemite national park. The park is mostly made of wilderness,…
See all articles in Landscape