You won’t find a ton of reviews for Lightroom presets or Photoshop actions on this blog. But this is my second Mastin Labs review (read the first one here).
The majority of presets packs, while powerful, tend to be very broad and distracting for new photographers. But Mastin Labs help to serve a very niche audience of photographers, myself included.
I used to shoot on film every week. I’d burn through dozens of rolls of film, and spend hundreds of dollars on development. Why? Because there’s a magic to shooting on film. A texture, a dynamic range, a color, which I found impossible to reproduce with digital.
But then in January 2015 I started long-term traveling. Film had to take a back seat for two reasons. I don’t have space for extra cameras and film in my bag. And it’s impossible to find a high-quality lab that will produce hi-res scans onto a memory stick in every city I visit.
Not to mention the cost!
I no longer shoot on film. And for the longest time, I craved it. That is until I discovered Mastin Labs. They’re possibly the best film emulation presets for Lightroom. 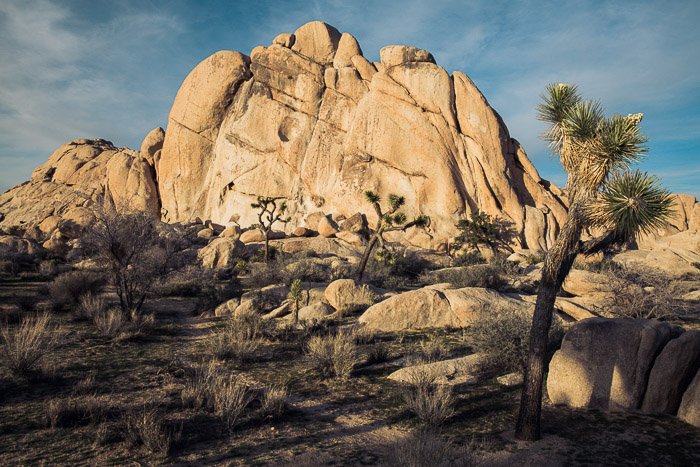 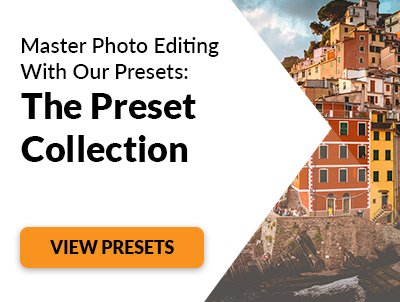 Mastin Labs Review: What You Need to Know About Lightroom Presets

Lightroom presets can save you a ton of time when it comes to processing photos. And if you’re not an expert editor, chances are they’ll help you do a much better job than you’ll do on your own.
However, before you start using any presets, there’s a few things you need to know.

Presets are designed to process RAW files. JPEG files are already processed in-camera and will not be accurate after the presets are applied. You have to shoot in RAW.

It’s fairly common for retailers of Lightroom presets not to offer refunds, as they can’t be ‘returned’. So if you’re unsure about whether you want the presets, reach out to support and have them process one for you.
Or in the case of Mastin Labs, you can join the huge 20k+ FB community. You can then ask someone in there to process one for you, to help you decide. 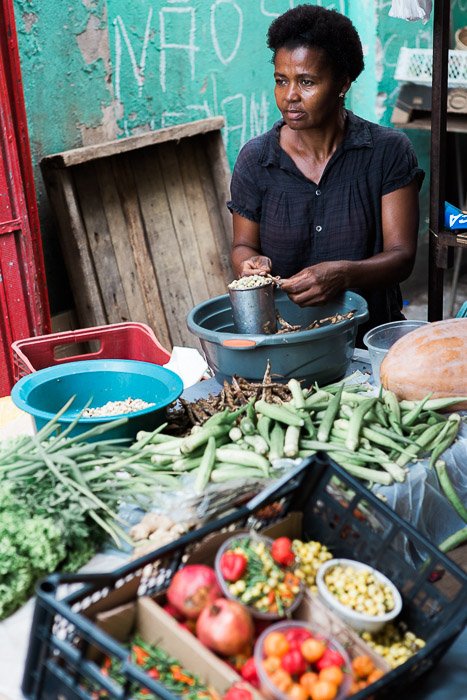 What Are Mastin Labs Presets?

Mastin Labs are Lightroom presets developed by Kirk Mastin. He has meticulously spent hundreds of hours ‘hybrid shooting’ with both film and digital. Then he scanned the developed film using his own Fuji Frontier scanner, and made hundreds of micro adjustments, to make the photos look exactly the same.
Film is timeless and beautifully subtle. It takes a trained eye, a restrained hand and a lot of effort to achieve the same effect in digital.
There seems to be a misconception that these presets are only for photographers who shoot on film or both film and digital. The reality is that they also serve as a fantastic way for digital-only shooters to discover a new format, as well as their favourite films.
Personally, I fell in love with Ilford Pan F, Delta 3200, and Portra 160 — three films I’d never even shot before. 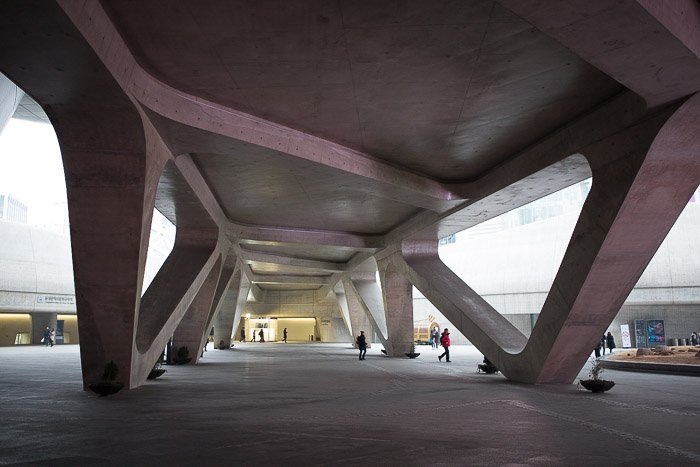 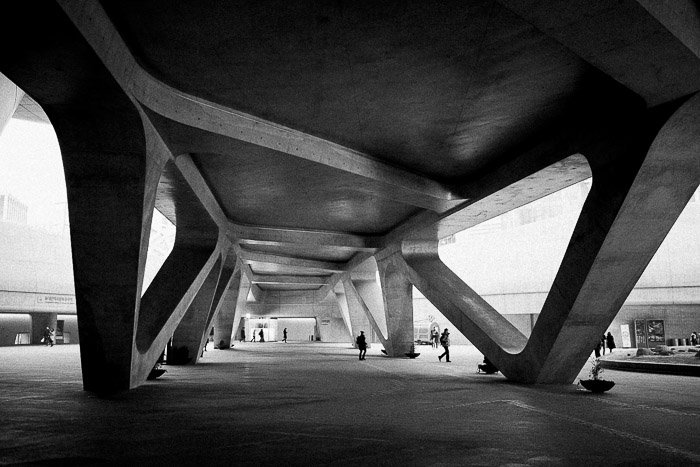 Mastin Labs currently offer three different film emulation packs. This gives you plenty of choice to suit your style. Personally, my favourite is Portra, followed by Ilford, and then Fuji. But I know a ton of photographers who live and breathe Fuji.
In this next section, I’m going to show you some examples of the presets in action, when you may want to use them, and who they’re best suited for.
Before we get started through, it’s important to note that the following tone profiles are available:

And these grain & lens optimizations:

The Ilford pack has more options, but we’ll get to that.

Popular choice for: Wedding and portrait photographers.
This pack comes with three different Fuji films: 160NS, 400H (Neutral) and 400H (Blue). It seems that the reason they’re such popular presets for wedding and portrait photographers is because of the fantastic greens and blues.
Out of the three packs, Fuji has the most beautiful highlight roll-off, and a very complimentary grain (although you’ll find my favourite grain in another pack).
Lets have a look at some of the presets in action… 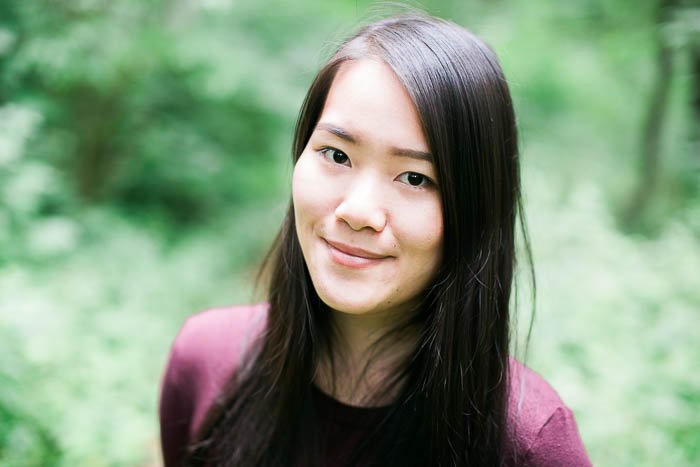 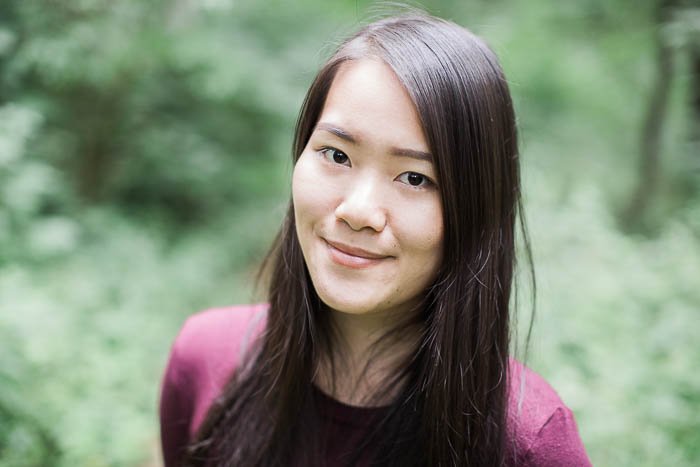 Notice that the preset warms the skin to an almost rosy glow, while bringing out the greens, and darkening the shadows. 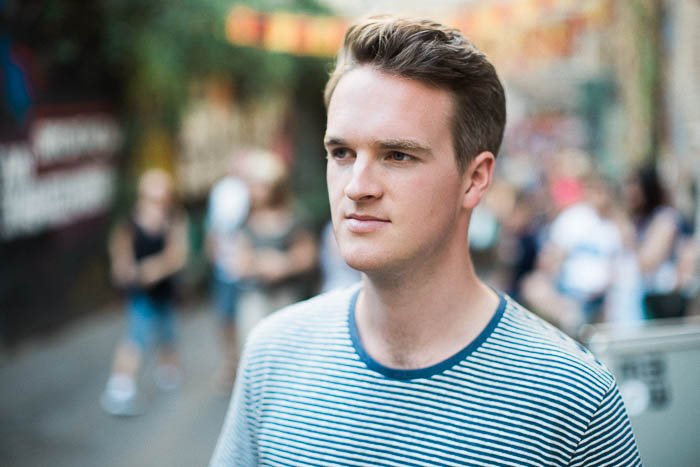 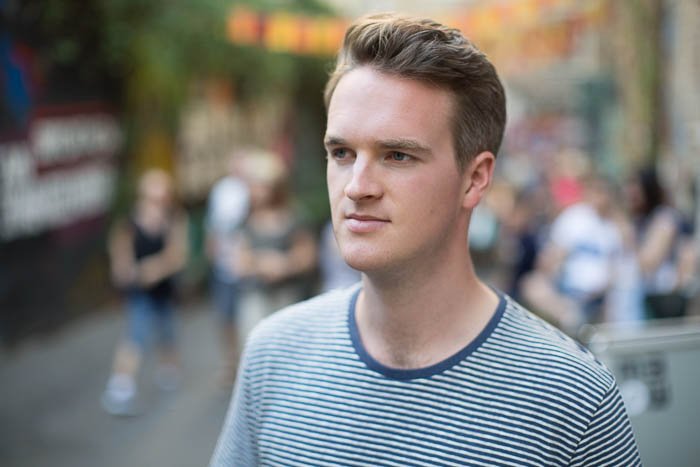 Even with soft shadows, the shadows are darkened, my skin is warmed, and the blue of my shirt starts to pop. 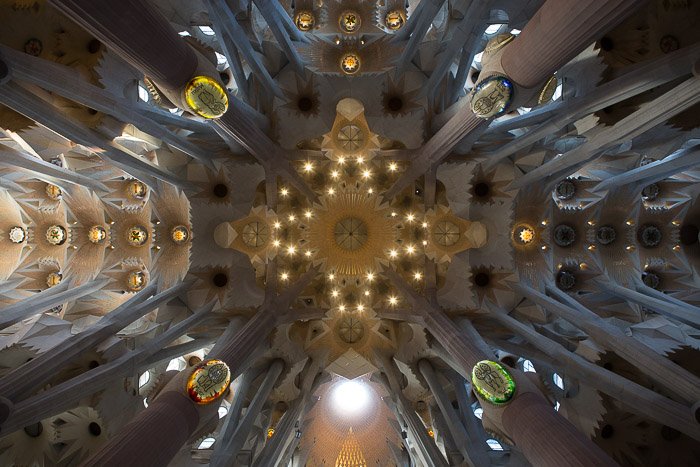 Although you’d typically find this preset used on a portrait, it really is very versatile. I love to use it when I see blue in a photo.

Popular choice for: Landscapes, Portraits and Fine Art
Portra films are known for their excellent skin tones and natural warmth. While this is a popular choice for portraiture, I love using them on landscapes too.
And that’s part of the beauty of the film emulation packs — you have the choice, but you’re not spoiled by it.
With only nine expertly executed presets, instead of spending 15 minutes scrolling through 100 different presets, the choice can be made in a matter of seconds.
Personally, I scroll over the presets to see what they’ll look like in the preview window, and that speeds up the process. 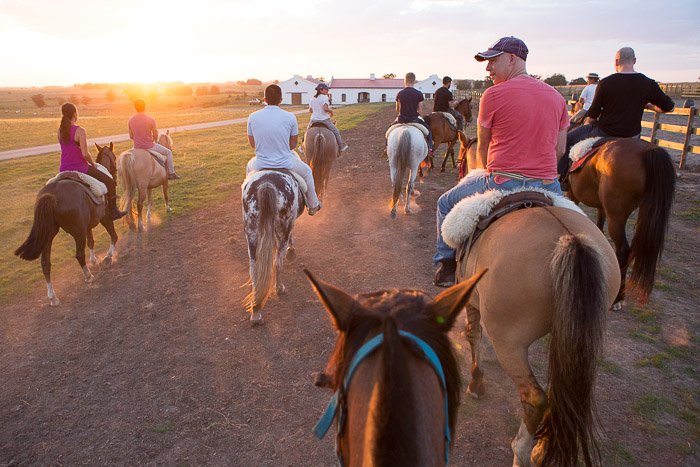 There is no preset better suited to sunsets than Portra 160. I went horseback riding at sunset with a bunch of friends in Uruguay. I processed every single photo from the evening using this preset. You’ll notice I did nothing to the tone profiles either. 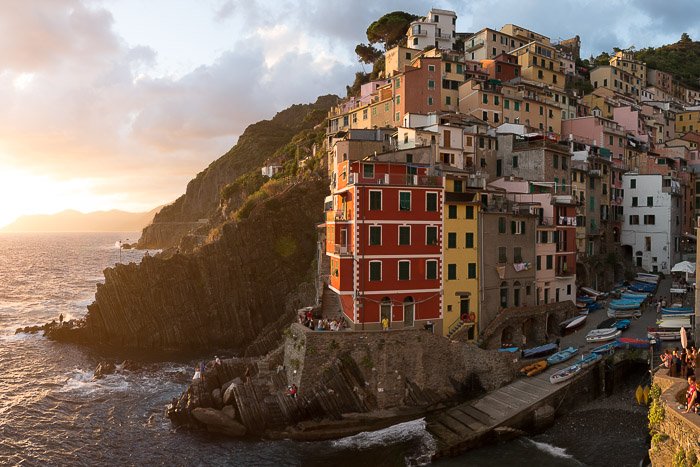 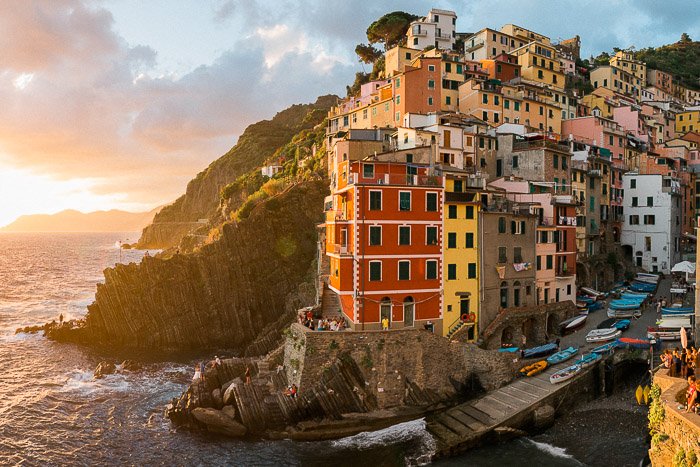 The Portra 400 works great in bright light, allowing the colors to pop, and the highlights to glow. 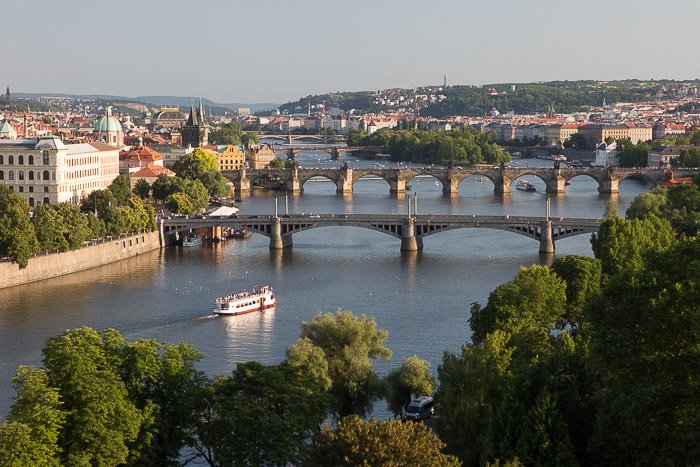 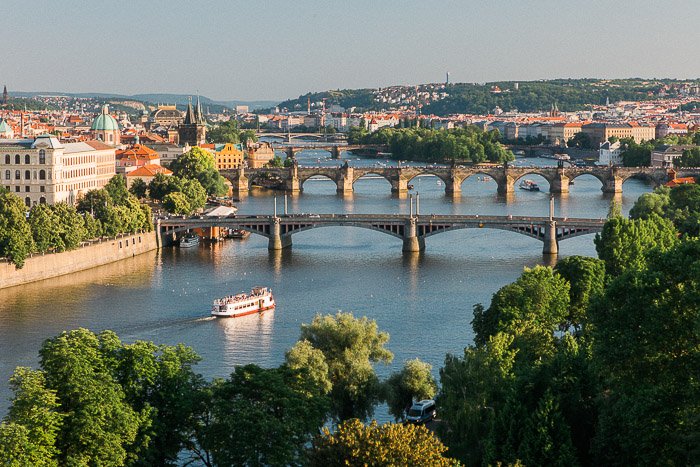 When there’s a lot of greens and blues in a scene, this is a popular choice for me. The colors look more vibrant, while maintaining the same tone (whereas the Fuji pack tends to alter it).

Popular choice for: Fine art, portraits, editorials.
Ilford films create the most stunning black and white films in the industry. They are perfect for making your photography look like art.
Time after time, I will take a photo in stunning color, and think of the Portra or Fuji preset I’ll use to develop it. And then just out of curiosity I’ll click on an Ilford one to preview it, and I’ll fall in love all over again.
Unlike the packs above, the Ilford presets also come with the following filters and paper types, and these help to contribute to the stunning look of the images:
Filters:

This actually provides you with a ton of versatility, and it may shock you how much of a difference a color filter will make. 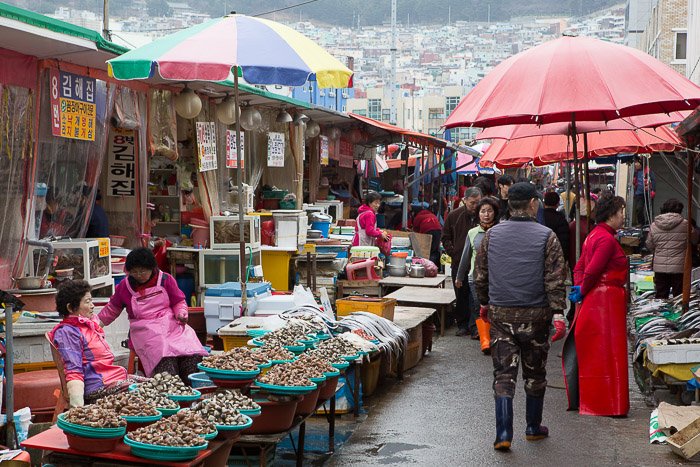 HP5 is a very honest film, with a deep dynamic range. It allows you to see a true representation of the color scene, in black and white. When I shoot in black and white, I prefer to have a more dramatic effect, so I tend to only use HP5 on overcast days. 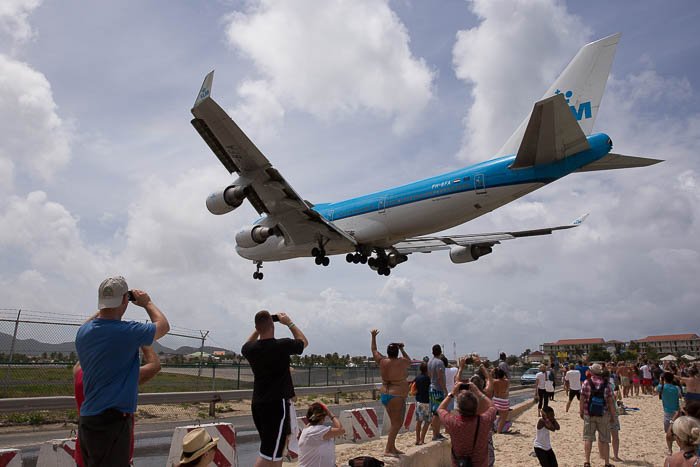 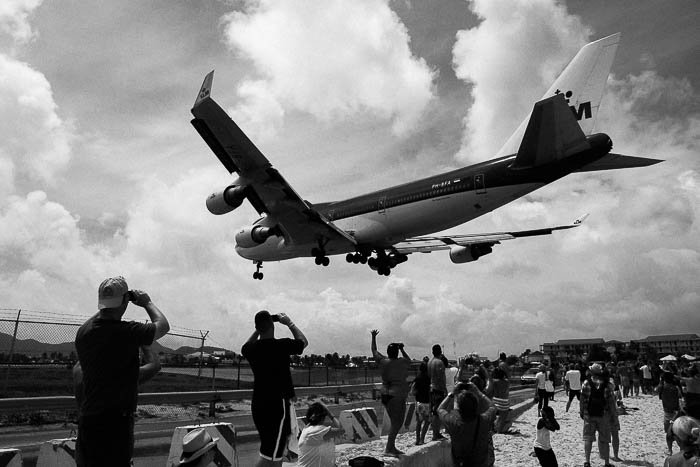 Pan F is my religion. It’s shocking how stunning photos can look with the right light and the click of a button. A red filter also really helps to make the sky pop on a partially cloudy day. 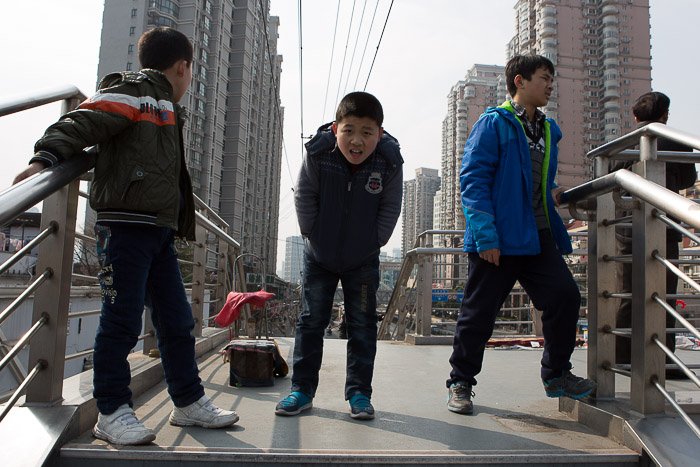 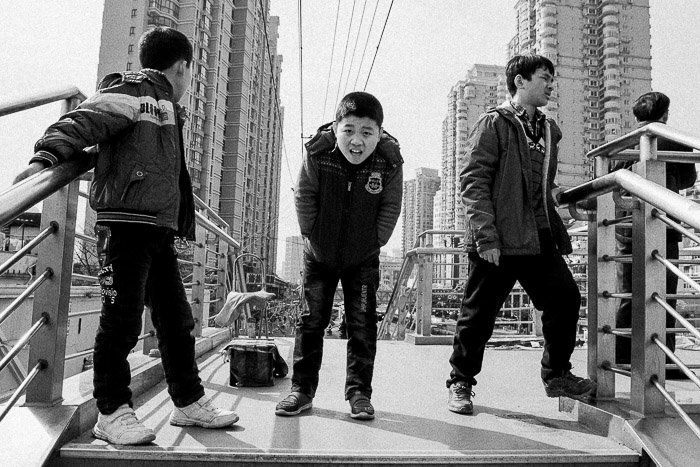 This is my favourite grain of all three packs, and it works fantastically well for street photography. Of all the photos I’ve shown you in this review, this has had the most dramatic transformation, but it’s probably one of my favourites too. Simply stunning preset.

How I Use Mastin Labs Presets (Video)

Kirk has testimonials on the Mastin Labs website, but random comments always seem so anonymous. So I searched through the user group to see what other users had to say, and here’s what I found:

Of course, it would be unrealistic to expect everyone to be 100% happy. There can be a learning curve, and sometimes your style may not completely suit a particular pack. However, other users will usually be happy to provide you with feedback on how you can tweak your images:

This does tend to be the overwhelming response from the community though:

Mastin Labs isn’t the only player in the Lightroom and ACR film emulation preset game. Although they’re my personal choice, you may prefer to explore these alternatives:

‘Get Totally Rad’ also offer three different packs of film emulation presets, with 13-22 different films in each, including some of the films covered by Mastin Labs.
There’s certainly more choice with Replichome, and they’ve taken a similar approach to Kirk, but for me, they don’t quite come as close to perfection as Kirk has.

Alien Skin offers a bundle called Exposure X, and within that, they have their own Lightroom plugin (note, this is an external app, not a preset) for film emulation.
It may be worth considering, but in my opinion, they take processing too far, and start to dramatically change the look of the original image, rather than making slight adjustments to compliment it.

The result: The most accurate film emulation presets I’ve ever used.
Look, I’m not subtle. I try, but I’m not. I only review products I love, and this is very high on the list. It’s hard for me to be impartial.
I think that Kirk is a perfectionist and the results speak for themselves.
That ‘film look’ that was costing me hundreds of dollars a year, and which I once thought lost, is now just a couple of clicks away.
This is utterly unlike any other pack of presets I’ve tried, where you’re provided with as many presets as possible. Instead, Kirk focuses on providing the most stunning, and accurate presets possible. In this case, less really is more.
If you buy all three packs, you’re provided with nine different films, and although that may not seem like many, it really is all you need. (Kirk will tell you to, but) you don’t even have to follow the rules and use only the Mastin Labs adjustments. But they do make for a great starting point for any photo processing.
Unlike me, these films are subtle, and I truly believe they will compliment your photography, while still letting it stand up for itself.
No, they’re not cheap, but they also haven’t been thrown together in an afternoon behind a computer. They will provide you with that film look you’ve been craving.
This is more than just a preset system. It’s a community, a movement of hybrid photographers, and a way to shoot on film in the 21st century, using the fantastic technological advancements we have at our disposal.
For me, it’s a no brainer.
Check them out here, and I hope to see you soon inside the Mastin Labs Facebook Community 🙂

See all articles in The Preset Collection

Master Light and Exposure With This Free Training on the Exposure Triangle...

Master Light and Exposure With This Free Training on the Exposure Triangle...