Including rainbows in your images can add an extra level of interest. You’ll need to plan your rainbow photography meticulously, not least because rainbows are relatively rare.
Read on to find out how best to photograph rainbows, and how to increase your chance of seeing them. 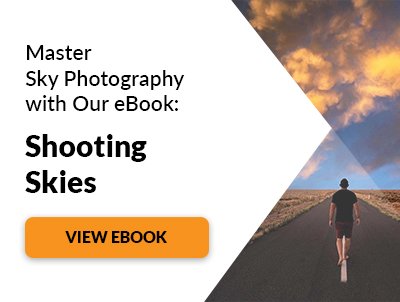 Rainbow Photography: How to Find a Rainbow

Planning to take a photo of a rainbow is tricky, as they’re not around for the majority of the time. The general rule is when you see it’s raining, and there is sunshine at the same time, you’ll see a rainbow.
This is not universally true though. There have been many days I’ve seen this combination while living in South Korea but have not been able to see a rainbow.
Perhaps air pollution affects the formation of rainbows? Certainly South Korea has a problem is this area. So perhaps a third factor needs to be considered, and that’s air quality.

Choose a day when the sky is clean, and there are plenty of showers. In the UK, March winds and April showers bring May flowers is a popular saying.
Those days in April where it can go from very sunny to heavy rain in an instant are perfect for photographing rainbows.
You’ll need to find similar days with fickle weather in your own country. This will most likely be during the rainy season.
Venture outdoors on a day like this and you’ll have a decent, but not certain, chance of capturing a rainbow.

Angle of the Sun

Another factor that can affect your chances of finding a rainbow is the angle of the sun. The optimum angle for the sun is around 42 degrees in the sky. It’s also possible to see rainbows when the sun is lower in the sky.
Rainbows that appear as the sun is setting can look especially beautiful. This is due to the colors in the sky caused by the setting sun.

Those looking for certainty with their rainbow photography should look for places where there is a lot of water spray. That means looking for places like waterfalls, where this naturally occurs.
When the sun is shining in the right direction you’ll see a rainbow. An even rarer phenomenon is the moon-bow, caused by moonlight falling on spraying water.
One famous location where this can be seen is Yosemite national park. Yosemite falls can cause a moon-bow to form.

When a rainbow is particularly strong it’s possible to see a double rainbow. This will be an outer bow beyond the initial bow. Incorporating this into your photo is a great idea. Repetition will improve the visual quality of your image.
You’ll need a wide angle lens, and a wide scenic photo to take advantage of a double rainbow.

As with any photo, composition is going to be key to a successful photo. You’re going to want to make the rainbow a key point of focus within your image. Avoid other distracting elements in the frame.
In rainbow photography, you’ll almost certainly have times when you’re not planning to take a photo of a rainbow when one appears. That means you’ll either have a planned or unplanned rainbow photograph.

This type of photo could lead to a really outstanding image. You’ll need to choose a great location, with a foreground element to juxtapose against the rainbow.
You’ll want a big wide angle photo, to include the entire rainbow in the sky. Add an interesting element like a single large tree, or a lake, in the foreground. It’s likely you’ll need to find a good vantage point as well, one that gives you a clear shot of the whole sky.
Use an app such as suncalc to make sure the sun is behind you, and therefore the rainbow will be in front of you. Arrive at your location on a day with quick-changing weather, and hope you’re lucky enough to see a rainbow!

It’s more likely that you won’t be planning to do rainbow photography when one shows up. As you won’t know how long the rainbow will last, it’s worth taking an initial photo of the rainbow, perhaps zoomed in.
You’ll now need to study your location. Can you reach somewhere quickly that will give you an unobstructed view of the whole sky? If so, it’s worth moving to that location.
If that’s not the case, see how you can incorporate foreground elements in your current location. Keep the main focus on the rainbow. At the very least you’ll need to move to a location that gives the rainbow a narrative within your frame.

The Whole Sky or Zoomed In?

There are several ways you can photograph a rainbow, and you may choose to zoom into a section of the rainbow. You can emphasise the entire rainbow with a wide angle lens. Or you can concentrate on the colors of the rainbow by zooming in on a section of it.
Most of what will be talked about in this article assumes the use of a wide angle lens. Using a telephoto lens to compress the background rainbow colors against an interesting foreground element such as a portrait is an alternative.
Artistic interpretation will be up to you.

The way rainbows form means you’ll need to use various strategies to get the most striking photo. It’s quite typical for one side of the rainbow to form first, and be most intense.
This will then be followed by the intensity of the rainbow transitioning across the sky. That means photographing the rainbow at different time points through this transition is the best way to approach this.
In addition to this you can use circular polarising filters to increase the intensity of colors within the rainbow.

Now that you have your rainbow photography finished, it’s time to post process. This is just as important as taking the photo, and a necessity if you’ve taken more than one photo with the intention of blending later.

Creating Your Own Rainbow

Thus far this article has talked about photographing a rainbow outdoors. It’s perfectly possible to create your own though, on a sunny day. These could be used to project onto a surface, to create a more interesting texture photo.
You could also experiment with projecting a rainbow onto a person’s face, for your portrait work. There are two main ways you can go about creating a rainbow like this.

Rainbow photography is a lot of fun. When you can capture one in your photo it will add a strong and unusual point of interest. Having read this article you’ll be equipped with the knowledge needed to improve your chances of getting a great photo.
Have you ever photographed rainbows before? What strategies did you employ?
As always we’d love to see your photos in the comments section, and share your thoughts on this fascinating topic. 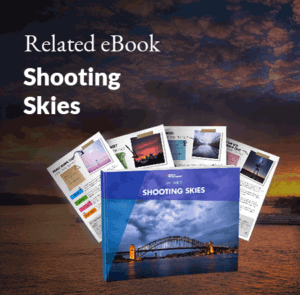 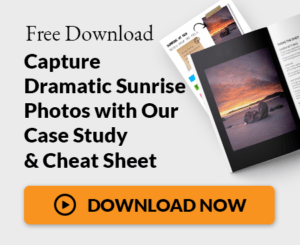 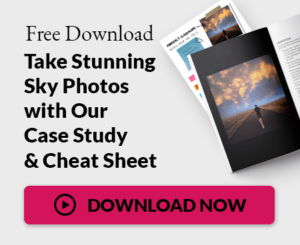 The best drones under $200 offer some incredible specifications and fun. We've selected 15 of the best drones at a variety of price points. But… 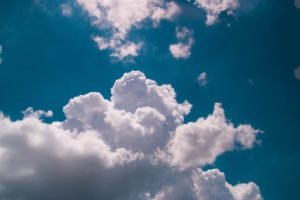 Photographers tend to shy away from overcast weather. But, a cloudy day is an excellent time for stunning photography. These fluffy formations can help give…
See all articles in Shooting Skies