Exposure works in three parts: aperture, shutter speed, and then ISO. But what is ISO? Technically it has nothing to do with ‘exposure’ but in practicality, it has everything to do with exposure… 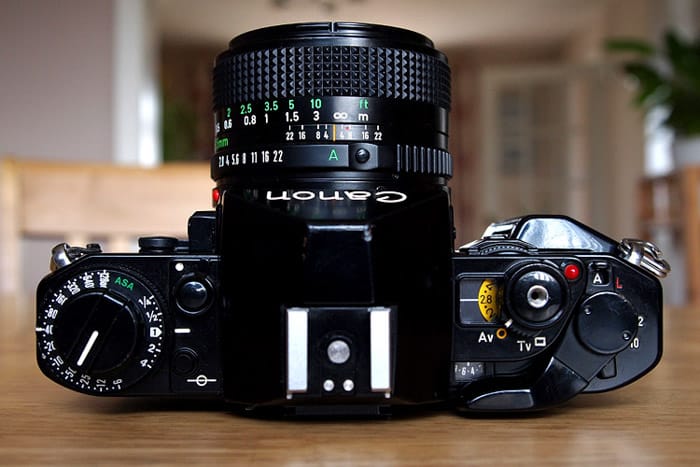 Section 1 – What Is ISO in Photography? What is ISO on a camera?

The name stands for International Organization for Standardization. The International Standards Organisation is a body composed of representatives from various national standards organizations. They formed in 1947 and has it’s headquarters in Geneva, Switerzland.

I know this doesn’t offer much help. We need to look back at photographic history a little bit first.

Where Did ISO Come From?

Ever since the photographic emulsion was developed, different countries tried to enforce standards. This is so they knew what photographers could do with the film. These classifications are now known as film speed.
There were many different groups of people who tried to come up with a method that classified their film in the best way. This is the early process of trying to work out what we now call film speed. 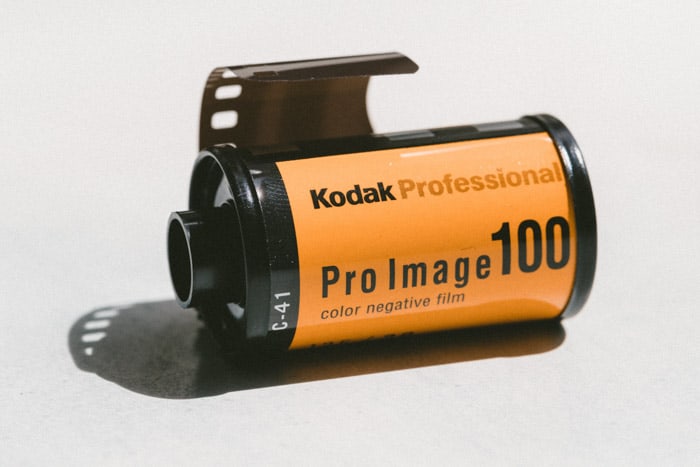 What Does It Mean?

So, as we saw, ISO is a way to classify your film speed and how sensitive to light the film is. Low ISO numbers mean low light sensitivity. They need a lot of light to expose correctly. High ISO numbers have high light sensitivity, meaning they need less light for exposures.

These increments seem a little strange. But what you will notice is that the numbers are either doubled or halved. This is because moving your ISO setting from ISO 100 to ISO 200 halves the light sensitivity of the film. Moving from ISO 200 to ISO 100 doubles it.

In the world of digital cameras, the same numbers continue to be used. The only differences are that we use digital sensors, not photographic film. And ISOs on DSLRs tend to go way above ISO 3200.

There are also added increments in the above range. 1/3 stops would be found between ISO 400 and 800, for example.

The numbers are recognizable. Lower ISO numbers mean less noise is present meaning higher quality. Higher ISO numbers come with other settings, such as fast shutter speeds. There is a trade-off between the quality of the images and using other necessary settings.

These settings work across all camera platforms, Nikon and Canon 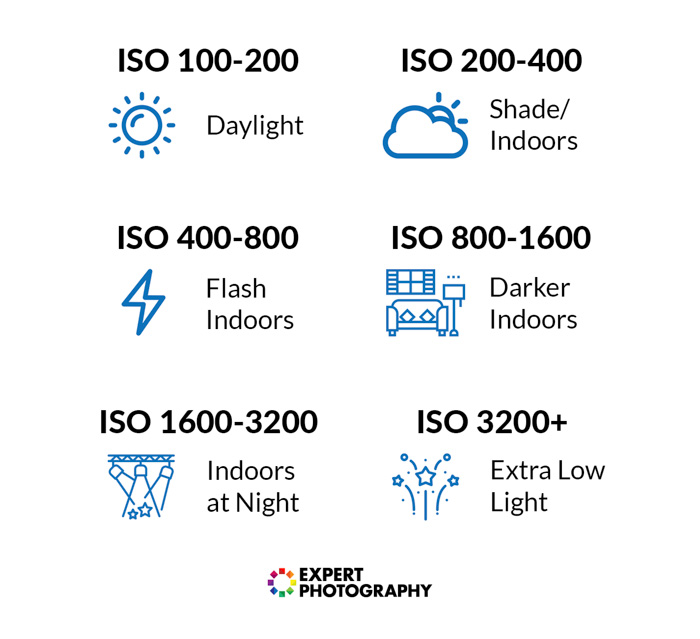 Is ISO Part of Exposure?

The ISO of your photography depends on many factors. It comes down to how much light is available, and what you want to capture. We tend to try and shoot with a low ISO on our camera as that gives us the best quality and a smaller amount of noise/grain.

The ISO is a little complicated than the sensitivity the film or sensor is to light. Its just a number that correlates with how much light you find in your scene.

One of the best ways to explain the use of ISO in digital photography is by using the exposure triangle. This triangle helps you to capture the perfect exposure.

Using the three interchangeable areas that control light, you can photograph anything, anywhere. 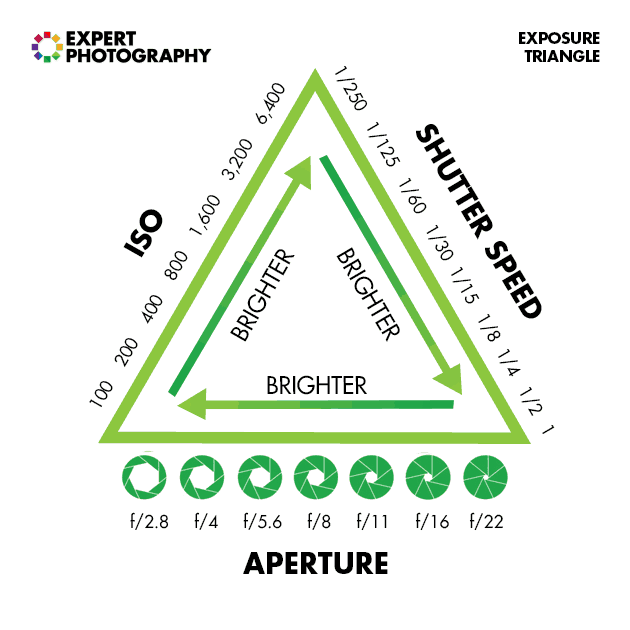 For example, photographing a scene with ISO 400 at f/16 and a shutter speed of 1/400 and then wanting to create a smaller depth of field. You would first lower your aperture to f/8 (two stops).

To keep the same correct exposure, you would have to decrease either the ISO 2-stops or increase the shutter speed by 2-stops. Decreasing its value from 400 to 100 would give you better quality.

Is Raising ISO Just Like Brightening Your Photo on a Computer?

Yes and no, but we are looking at different thinks here. The ISO can raise or lower on your camera as you capture the scene. Every raise upwards (100 – 200 ISO) means you need double the amount of light. A move downwards (400 to 200) means you halve the light needed.

When you step away from your camera, and place the image on your computer, you don’t raise the ISO. You can’t. Editing software such as Adobe Lightroom will allow you to raise the Exposure.

The slider increases in points where +1 would be one stop of light. It has the same effect as raising your ISO from 100-200. We don’t want to use the word ‘Brightness’ for exposure as they mean slightly different things.

Exposure places a heavier bias on highlights, where as brightness affects the tones across the entire scene without bias. 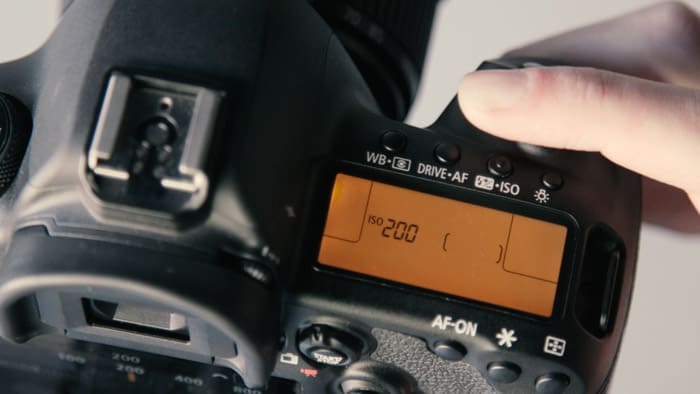 Section 2 – How Does ISO Affect Exposure?

The camera’s ISO scale is similar to shutter speed in the sense that, when doubled, the exposure is also doubled. They are proportional to one another. A low ISO number will give a low exposure and a high ISO will give a high exposure. It’s much simpler then aperture.

The ideal exposure is shown in the fourth photo which was taken at ISO 800. 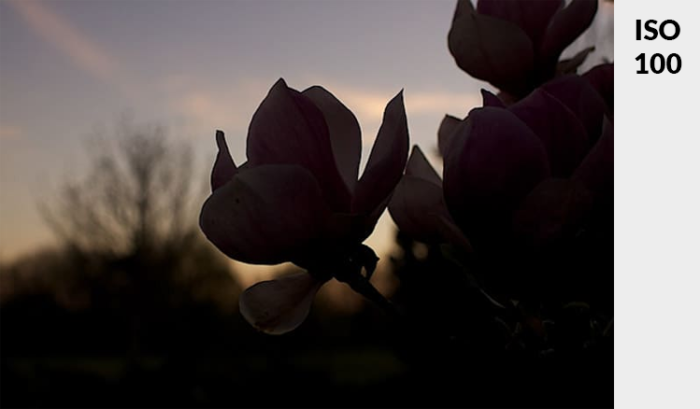 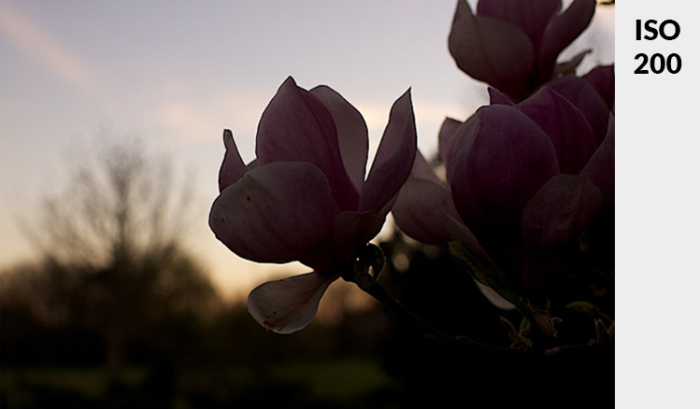 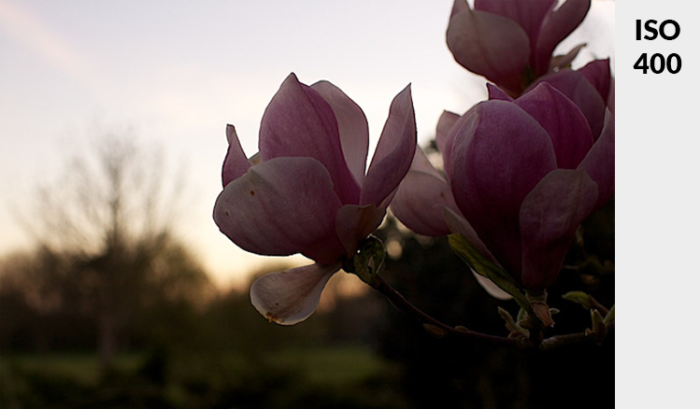 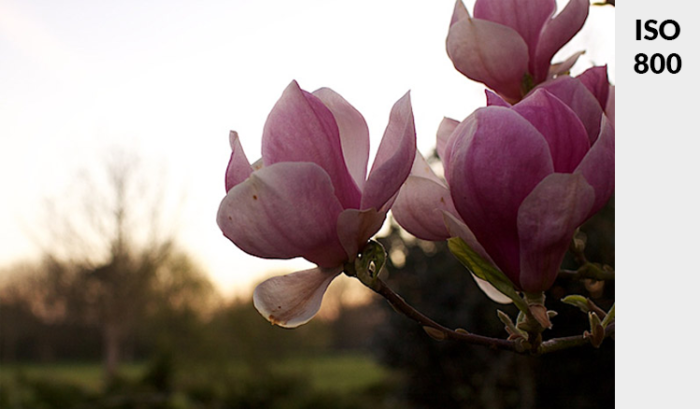 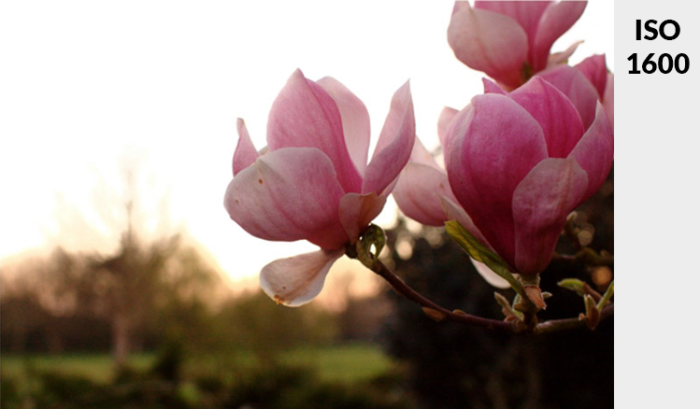 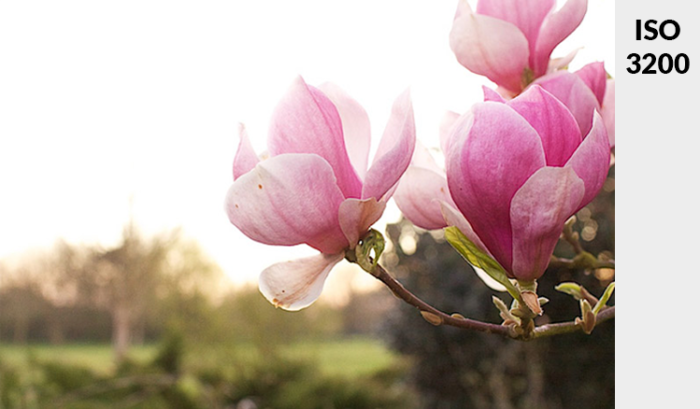 As you may have noticed by now, nothing affects the exposure in one single way. There are consequences to using different ISO values.

As a general rule, the lower the number, the better the quality of the photo. By doubling the ISO in-camera settings, you’re doubling the exposure taken, and in turn, doubling the digital noise.

This noise reduces the detail of a photo by making the image appear grainy and uneven.

Sometimes you cant get away from it. Photographing a bad in a poor lit basement means you need to use an ISO of 3200 or more. You can use ISO 100, but then you need to collect the light through another setting.

Lets look at an example. Lets say you are photographing a band, and your settings are:

In half a second, you will capture motion blur, meaning the musicians move around that you cant see who they are. Creative effect, but, not good for event or live music photography.

To best show how camera ISO affects the image quality, I took another series of photos and displayed them below.

For this experiment, I changed the shutter speed and aperture of each photo rather than changing the ISO.

This is to give even exposure making it easier to compare the difference in quality. 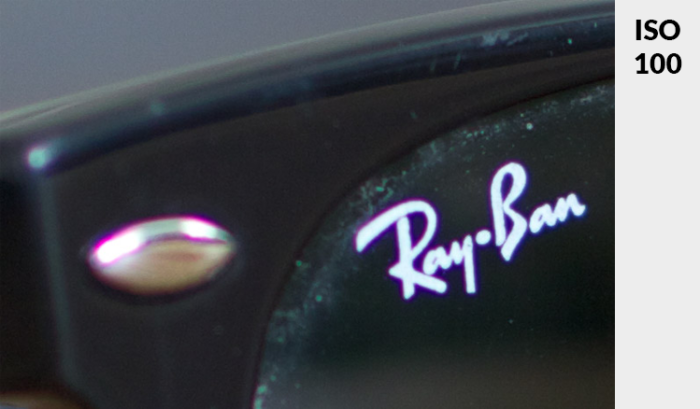 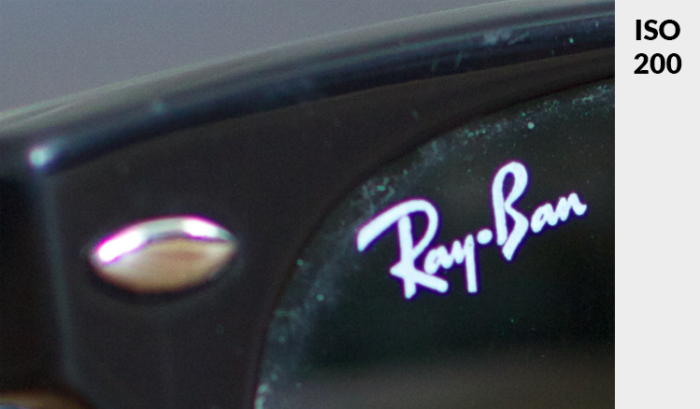 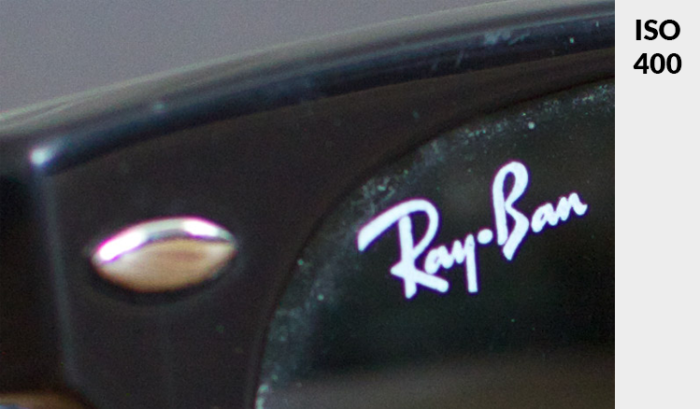 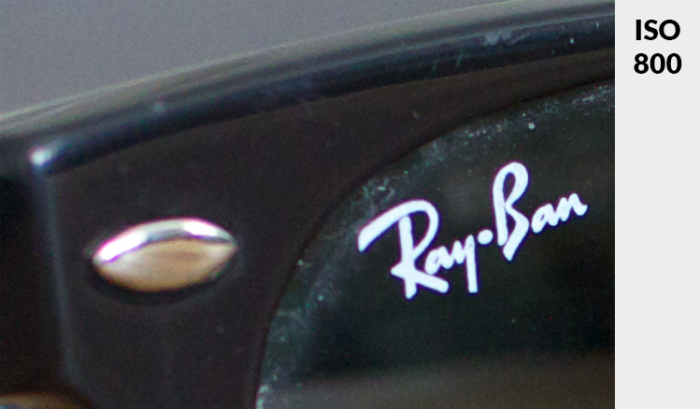 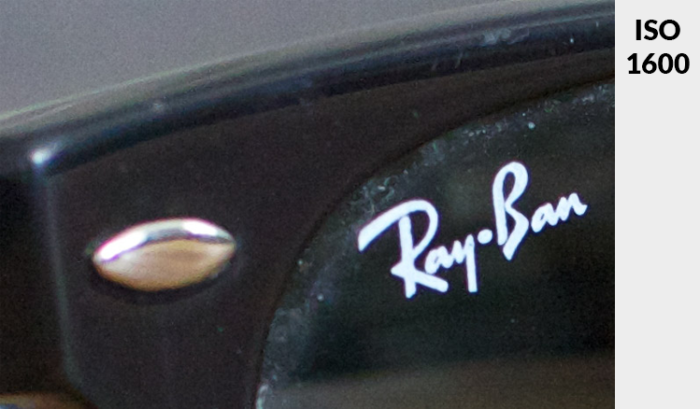 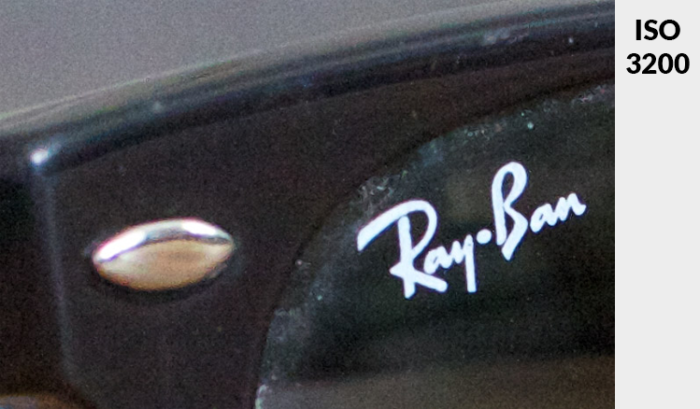 As you can see, the higher the number, the stronger the noise becomes. There is noise reduction software that can help to correct this. But you’ll find that this only “smooths out” the noise.

This can result in an airbrushed effect on faces. It reduces the detail in a photo as shown below (cropped to 1% of actual image).

It has its uses but in moderation and with consideration as to what you’re using the photo for. 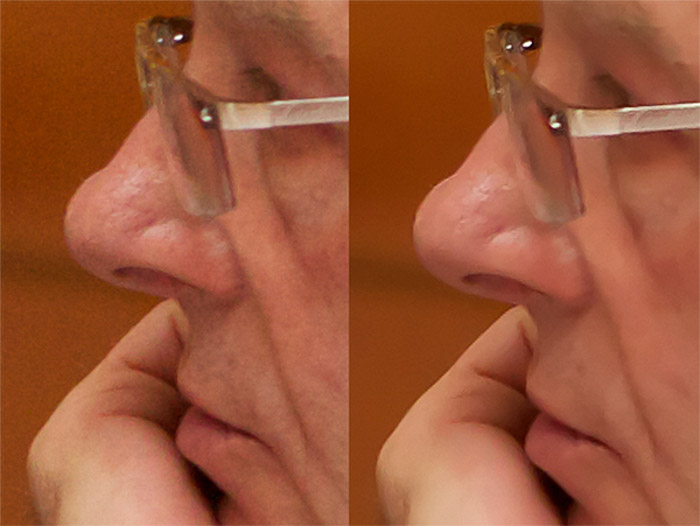 Cameras with larger image sensors handle noise better as they allow more amount of light into the photo. As technology improves, however, the difference between camera sensor size and noise is reducing. What used to be a big problem is much less of a one now in high-quality cameras.

All cameras are different. Take yours into low light conditions to discover the maximum ISO you should be using.

Enhancing the exposure in Lightroom or post-production has the same effect as increasing your ISO. Make sure you get the exposure right in the camera first time round in order to avoid this.

Section 4 – Which ISO and When?

1. ISO 100-200: Your photos will have the most detail and the best quality. This is great for shooting in daylight because there is no need to boost the ISO any higher. Shooting at 1600 in bright conditions would be a waste. It will result in otherwise avoidable grain. 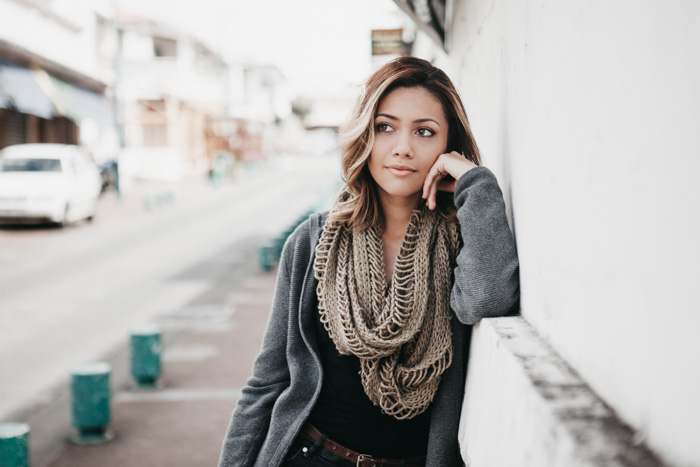 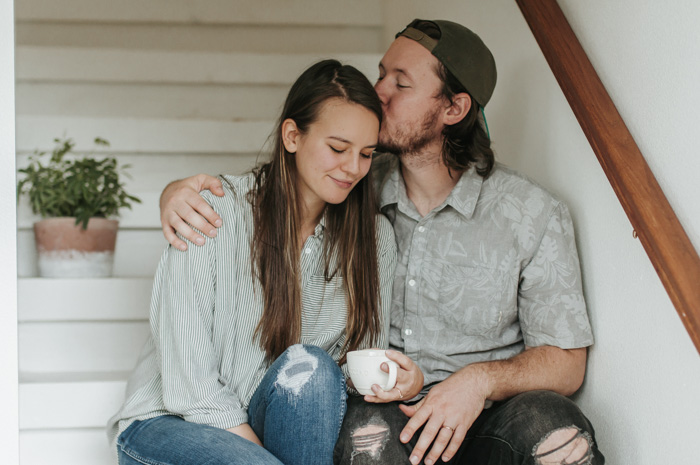 3. ISO 400-800: I like to use this range when shooting with a flash indoors. It helps to produce a more even exposure with a detailed background. 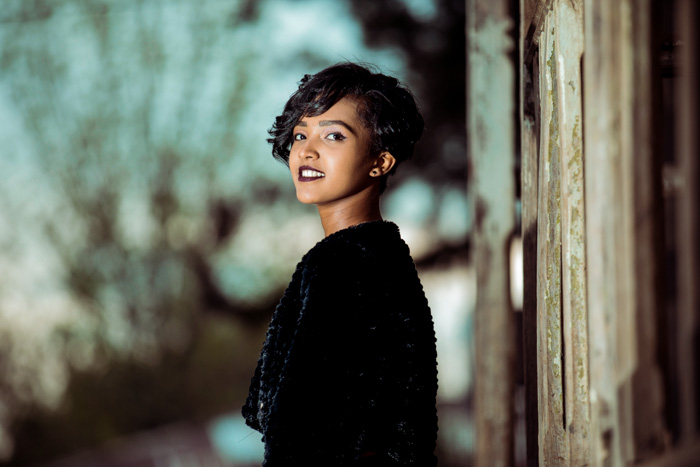 4. ISO 800-1600: Event photographers have no choice but to use this range. Live events often happen in low light conditions where you’re not allowed to use flash. 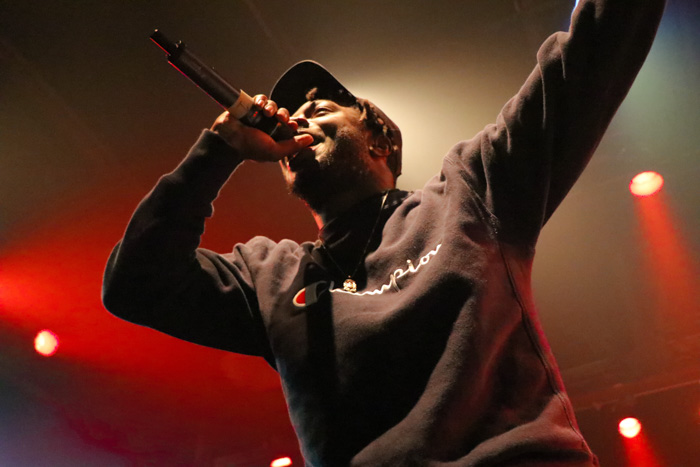 5. ISO 1600-3200: Again, event photographers will use this range for live gigs. You can also use it in extreme low light conditions where using a tripod is not an option. ISO 3200 is the highest I tend to push my camera to because I’m not a fan of digital noise (grain). 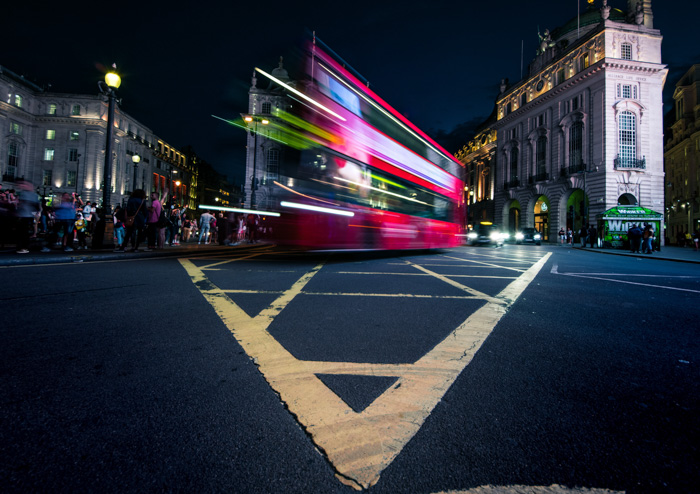 6. ISO 3200+: This range is reserved for extra low light conditions and artistic effect. With most cameras, it’s impossible to avoid a grainy result in this range. 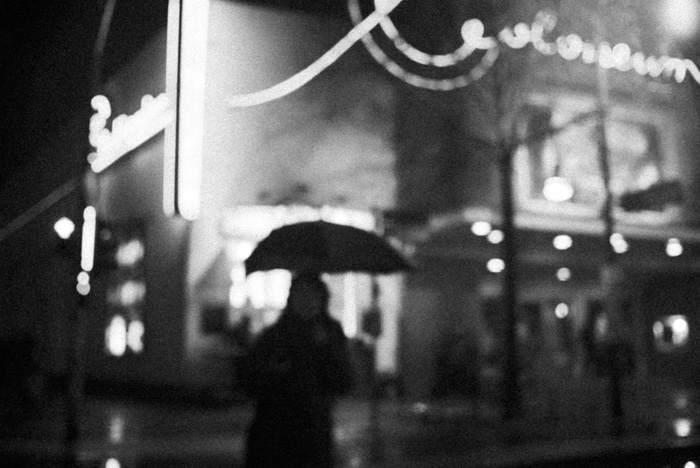 What is the Best ISO Setting for Low-Light?

The best setting for low light depends on you camera. The more modern the camera and more high end, chances are it does better in low light situations.

Modern DSLRs can extend their ISO way beyond their native range. The Canon 5D Mark IV has an expandable ISO that reaches 102.400. You wont want to print from it, but it helps you in a pinch.

Other cameras work much better in low light conditions, as that is a main feature. So a decade old DSLR might need an ISO reach of 6400, where as newer ones might get away with 3200 or lower for the same situation.

The best thing to do is set your ISO last. Set your aperture to 2-stops from its widest position. For a f/2 lens, this would be f/3.5. Set your shutter speed to larger than your focal length. If using a 50 mm lens, use 1/60th of a second minimum.

This should give you an ISO of 1600 or there about. Having your aperture two stops from its widest gives you a slightly bigger focal area, while allowing you to move it to gain access to more light. You can double the light twice before having to move your ISO.

What is the Best ISO Setting for Landscape Photography?

The best ISO for landscape photography is always 100 ISO. As most landscapes are captured outside in well lit conditions, there isn’t a reason you cant use the lowest ISO setting.

Using a tripod and a wide angle lens, which are both common landscape photography gear items, you can keep your shutter speed as low as you want.

As landscape images are more likely to be printed large, the detail and resolution is more important than, lets say, an event.

And here’s a handy video you should watch before you go. 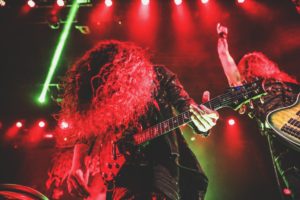 How to Understand Phase Detection Autofocus

Cameras are deceptively simple on the surface. Pick up your DSLR, look through the viewfinder, lock focus, and shoot. There's a lot more going on…

Alternatives to Photoshop - Which Is Best? 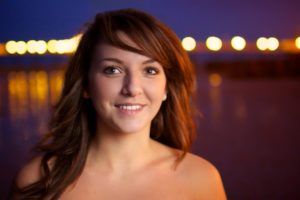 Where to Focus When Taking a Photo

Most beginner photographers don't know where to focus when taking a photo, and worse still, they don't seem to know why it's a problem either.…
See all articles in Photography Questions