Looking for some fun facts about photography? Look no further. We have 25 weird and wonderful photography facts crammed into one article.

Find out why people didn’t smile in old photographs and discover how much photographers love capturing their cats. We also have photography facts about the first digital camera.

Read on to uncover intriguing facts about photographers and photography! Dilish Parekh, a photojournalist from Mumbai, has the largest camera collection. He owns 4,425 antique cameras.

24. The First Photo of a Person Was Accidental

In 1828, Louis Daguerre took the first photo that captured a human being. His intention was to take a photo of the Boulevard du Temple in Paris. The man in his photo was standing in the street, getting his shoes polished. Since the lasted for seven minutes, the man also got captured.

In 1975, Steven Sasson invented the world’s first digital camera. He was working at Eastman Kodak at the time.

Steven’s camera weighed around 8 pounds (3.6kg) and shot only 0.01MP. The average weight of a modern DSLR is around 2 pounds.

21. How Many Photographs are Taken Every Day?

In 1861, Thomas Sutton suggested the process to create the world’s first color image. The result of layering three separate images of red, green, and blue filters. These were then projected onto a photosensitive plate with the corresponding filters.

Sutton was a great photographer and inventor. Around the same time as the color photograph, he also created the first SLR camera.

He was also the one who developed the earliest panoramic camera with a wide-angle lens in 1859. The photography world owes a lot to him. 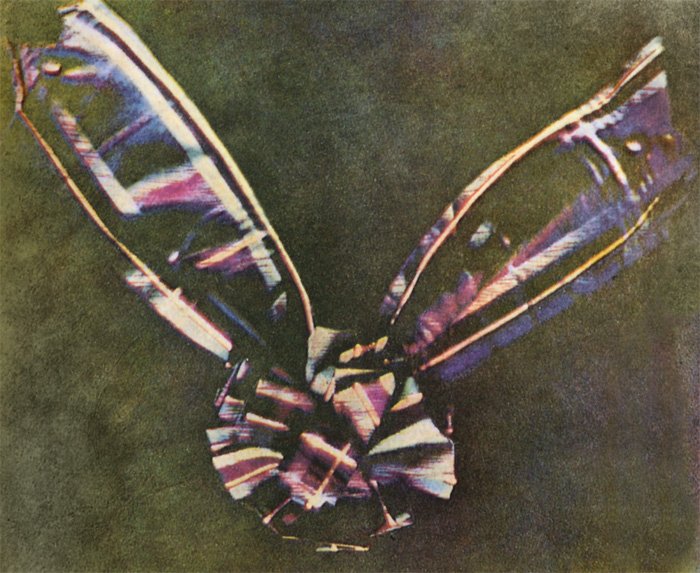 19. The First Projected Image Was Through a Camera Obscura

When we think of an image, we think of a photo or landscape on a screen. We forget that tiny holes are enough to allow a projection of any given scene. Glass isn’t even needed.

The first projected image was through a Camera Obscura. It is a literal translation from Latin, meaning Dark Room. The principle was first recorded by Mozi, a Chinese philosopher, between 470 to 391 BCE. This was a dark box with a tiny hole that let in light. The light replicated the outside scene on a screen or wall opposite the hole. One of the interesting camera obscura facts is that the reflected image was upside down. This is the idea behind the pinhole camera.

18. Potassium Chloride and Aluminum Made the First Flashes

One of the most dangerous photography facts is about flashes. Photographers mixed potassium chloride and aluminum. This mixture would create a bright light when introduced to a spark.

These connections often led to violent explosions if they were not properly mixed. If you have a Speedlite, you have it easy. 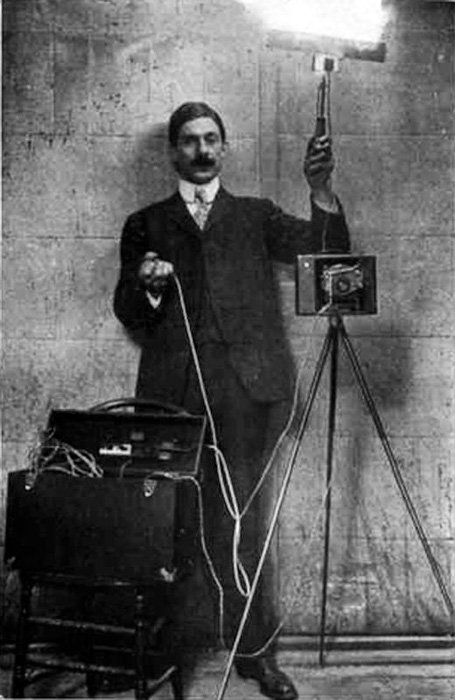 17. The World’s Most Expensive Photograph Sold for $4.3 Million

It is still the most expensive photo. Peter Lik boasts of having sold a picture for over $7 Million, but there is no proof, as the buyer wanted to remain anonymous. 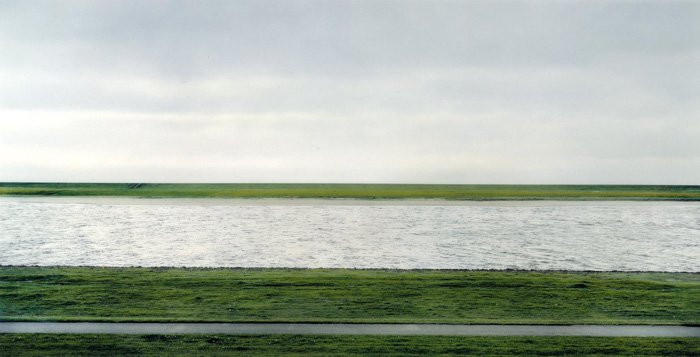 16. The Daguerreotype Was the First Camera Capable of Recording an Image

The daguerreotype was a photographic process created by Louis-Jacques-Mande Daguerre. The entire process from start to finish was very complicated. But without it, we wouldn’t be where we are today. It was the first image capturing device. 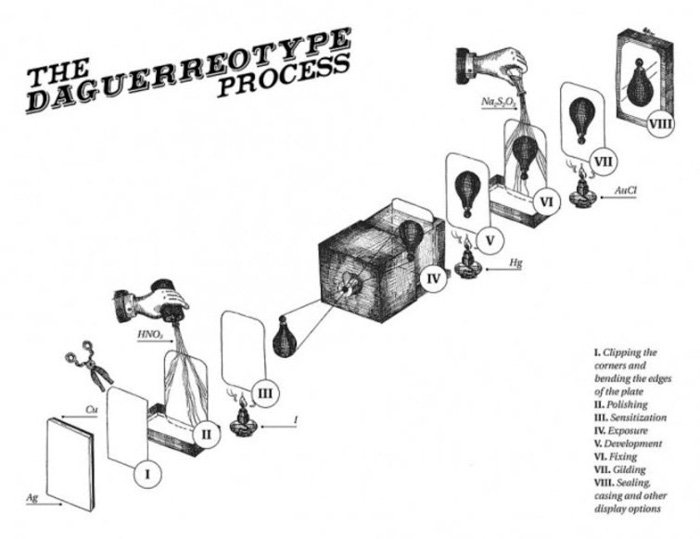 Most brands have a strong connection between their product and their name. For example, Canon means a rule, law or principle. Ilford takes its name from its birthplace, and Olympus is the home of the Greek Gods.

But, Kodak has no real meaning.

George Eastman, the founder of Kodak, said that the letter ‘K’ sounded strong, so he formed a word around it. 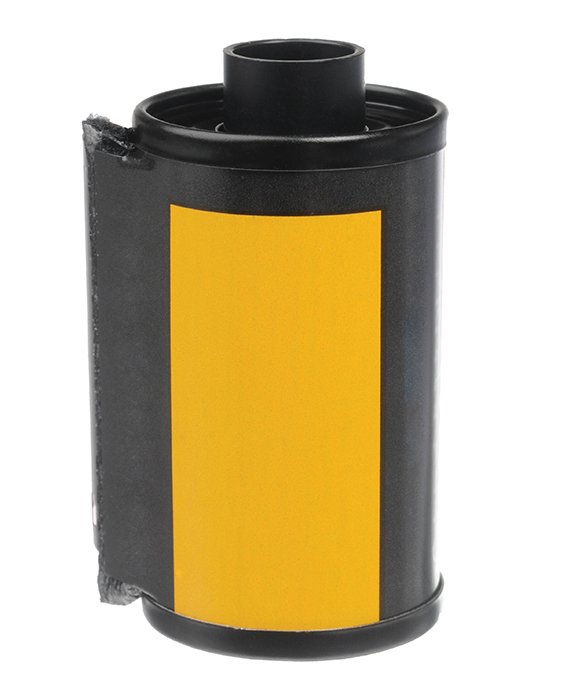 14. Cat Photos are Much Older Than You Think

You might think that funny cat photos are a trend that began a few years ago. It is still one of the most popular searches in Google. But, cat photography has origins in the 19th century.

This viral trend was born in the 1870s when Harry Pointer took a photo of his cat and started it all. Someone please thank that man! 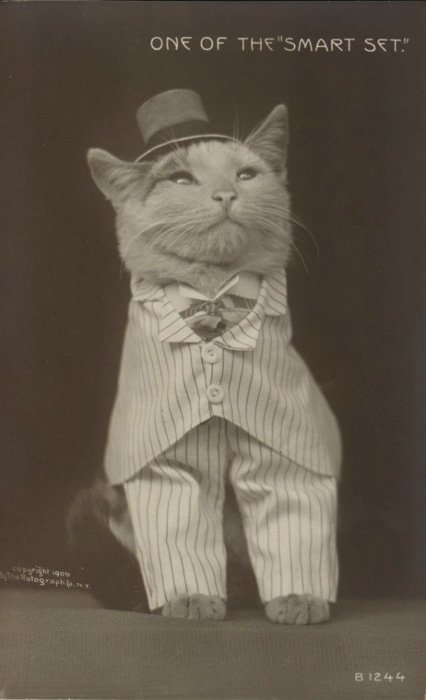 We all know when the first SLR camera was invented (look at number 20). It wasn’t until 120 years later was the auto-focus feature added.

The camera manufacturer that did this was Polaroid. This might surprise you as they get their fame from instant cameras and film 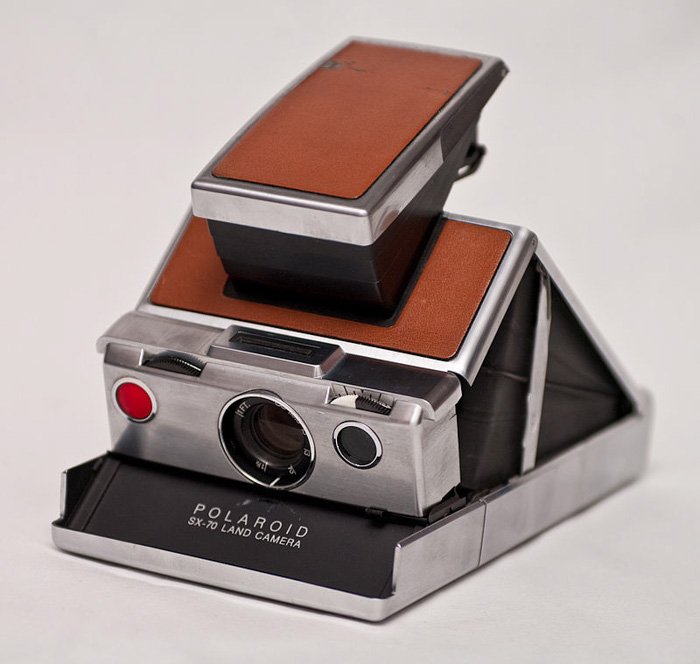 French inventor Gaspard-Félix Tournachon captured the first aerial image in 1858. Nadar, as he was otherwise known, was a balloonist who frequented the heights above Paris.

He took his camera on one trip. Sadly, though, the images no longer exist. 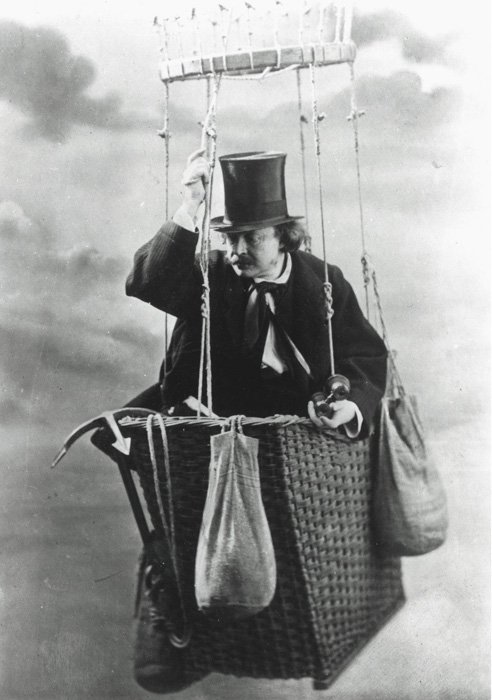 Not only was it taken almost 200 years ago, but it took 8 hours to capture! The photo was taken by Joseph Niepce and named ‘view from the window’.

The scene took place in Saint-Loup-de-Varennes, France. The photo shows the surrounding castle and other buildings.

A projected image from the window hit a sensitized plate, which was then used to place the image on paper. A lot of work went into this photo, and we are lucky it survived. 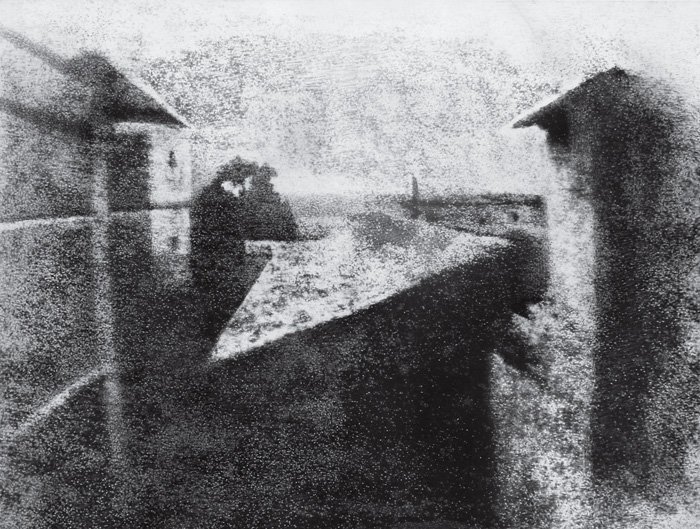 10. The Cameras That Captured the Moon’s Surface Are Still There

When the Apollo 11 mission took off for the moon, they carried 12 Hasselblad cameras with them. They are still there, on the moon.

The astronauts decided the cameras were too heavy for the return journey. So, they left them behind to make space for the 25 kilos of rock samples they brought back. They did, however, bring the film back with them. 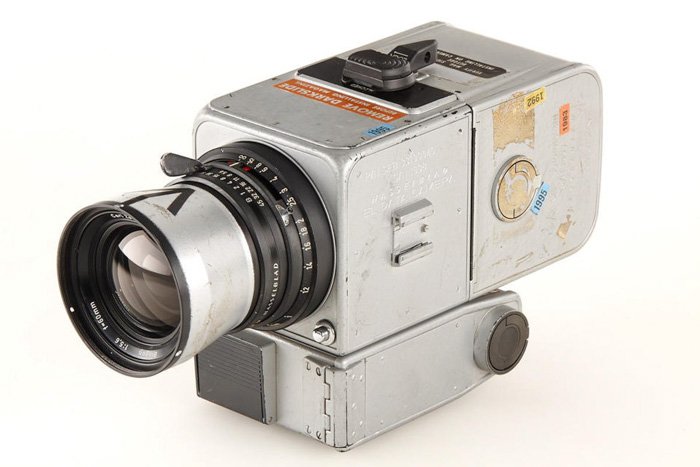 9. The First Photography Paper Was Made Out of Asphalt

Well, it wasn’t made from the same stuff we make roads and pavements from. It was, however, made into varnish and applied to copper or glass plates.

The asphalt was commonly known as Bitumen. It was a black viscous liquid that was light-sensitive. 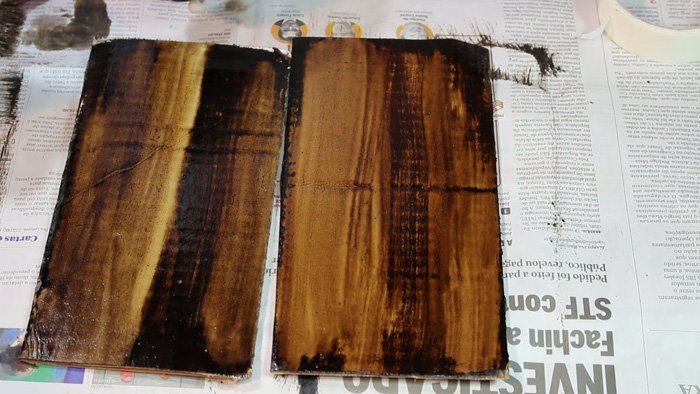 8. The Most Popular Subjects for Photography in the 1800s Weren’t Alive

A surprising photography fact is that one of the most popular subjects used to be dead bodies. This was a way to record the memory and physical appearance of the deceased family member.

Thank God this is one trend we left behind. 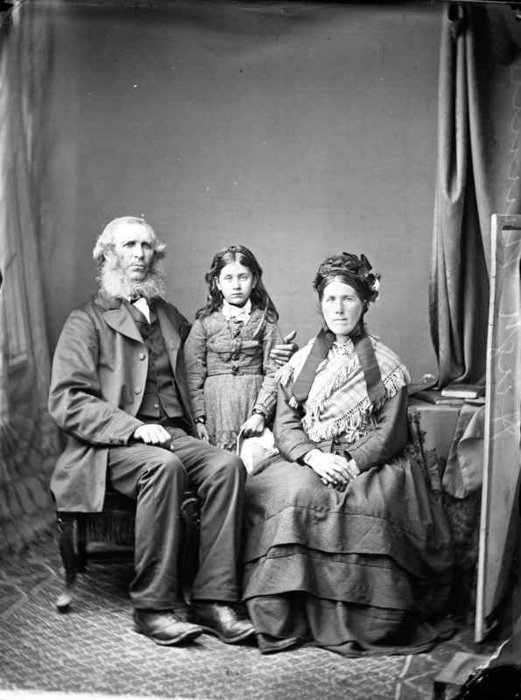 7. You Can Develop Your Negatives in Coffee

You might not believe it, but Caffenol is a real thing. Use coffee, vitamin C, and washing soda to develop your black and white negatives.

The first two ingredients bind together to form a developer. The washing soda adds alkalinity to the solution, allowing you to develop images.

You can check out Caffenol Concoction for more information on the process!

6. The Most Viewed Photograph in History

This photography fact might not be surprising. The most viewed photograph is the default wallpaper for Windows XP. The image named ‘Bliss”, captured by Charles O’Rear in 1996.

He didn’t make as much money as you would imagine. Microsoft bought the image from stock website Corbis. 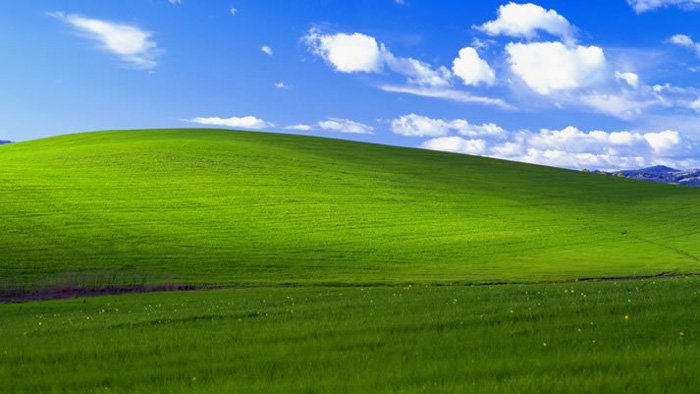 5. How Many Images Do We Capture Every Two Minutes?

This is almost one of those photography facts that you wish you didn’t know. But once you know it, you can never unknow it. Every two minutes, we snap more pictures than the whole of humanity did in the 1800s.

Only a few million images were taken in the 80 years leading up to the first commercial camera. In 1999, Kodak reported that we had taken approximately 80 billion pictures.

The estimate is that we share 730 billion images a year on Facebook alone. Thanks for all the food images and selfies, guys. 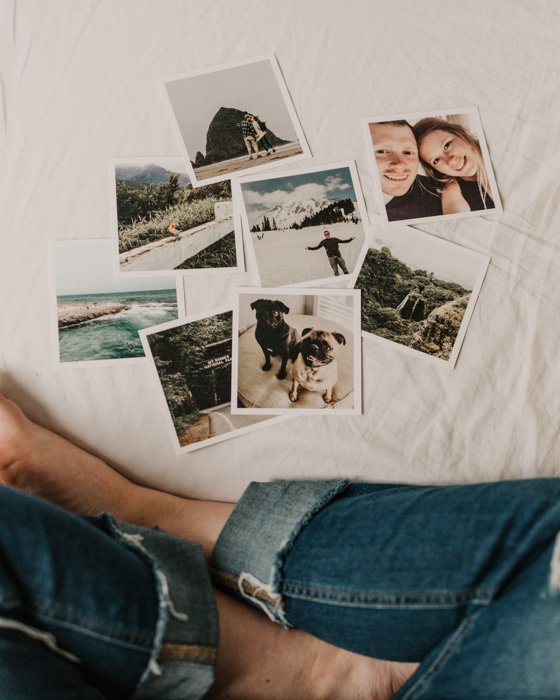 4. The Left Side of Our Face Looks Better in Photos

Apparently, the left side of our faces looks better in photos than the right side. A study conducted by Kelsey Blackburn and James Schrillo from Wake Forest University confirms this.

Their study shows that the left side of our face exhibits a greater intensity of emotion. Because of this, we perceive it as being more attractive. 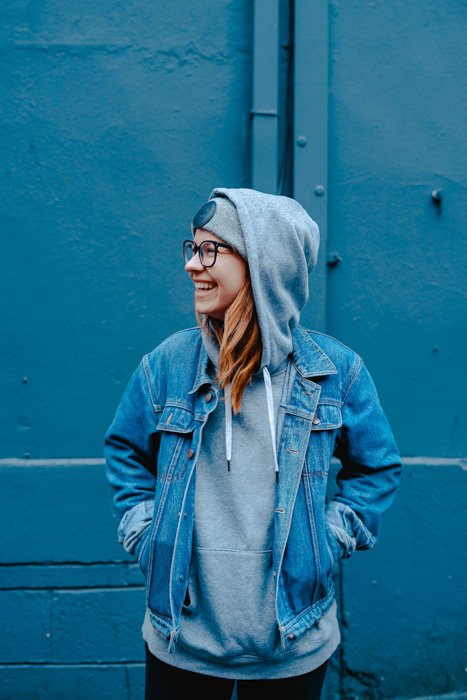 3. The First Negative Was Created by …

Photography went through many technological advances before it reached the first film negative. These included the Camera Obscura and the Daguerreotype.

It was none other than William Henry Fox Talbot who created the first negative. It became known as a salted Calotype. He mixed silver iodide and a developing agent to create the negative. The developing agent was a mixture of gallic acid and silver nitrate.

His negative made reprinting positive images easy and quick through contact printing.

This event occurred in 1839, but he didn’t announce it until 1841. This is part of the reason why Fox gained the Rumford medal of the Royal Society a few years later. 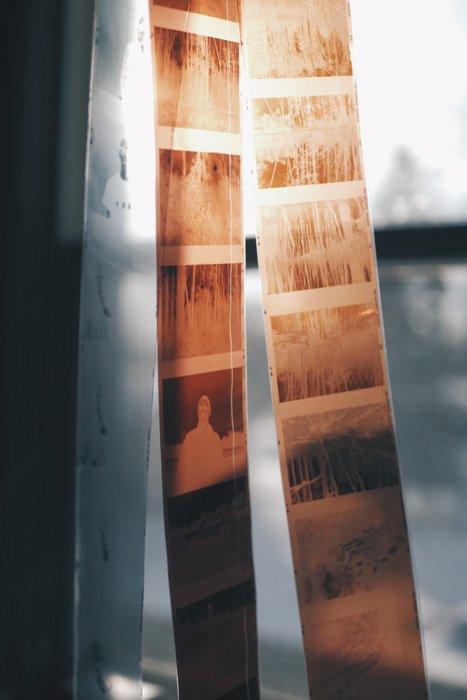 2. The Inventor of Photography Was Better Known for…

Joseph Nicéphore Niépce was the creator of the first recorded image. He is, however, better known for his other inventions, propellers and boats. 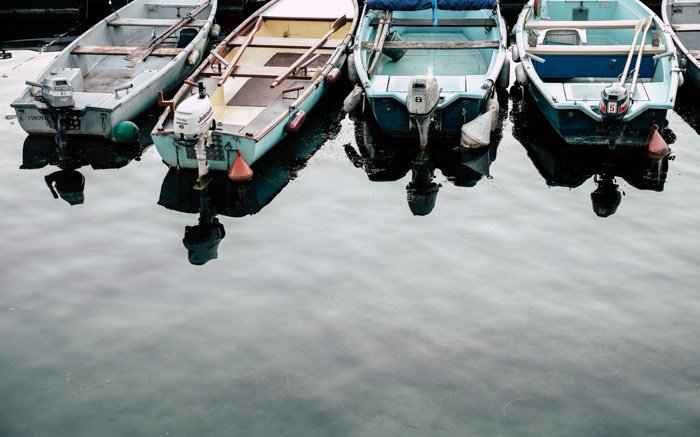 Old photographs were taken with huge large format cameras. Because the technology wasn’t as advanced, an image would take hours to expose correctly.

The subjects didn’t smile because they had to stay still for hours for one photo. Taking a photo often involved the use of a head brace for support. Understandably, smiling for hours was an impossible feat.

Or perhaps they were all deceased family members (see number 8). 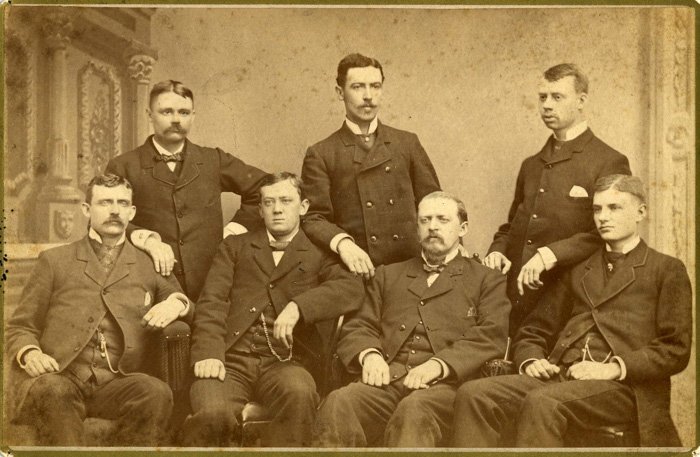 Now you have these amazing facts as inspiration, go out and get creative with your own photos! After you familiarised yourself with photography history, you can also try our Wow Factor Photography course to boost your skills.

Looking for more fun photography posts? Check out this list of cool photography memes for a laugh!