The speedlight vs strobe is a debate many photographers have. You can use speedlights or strobes in studio photography. And each has its own advantages and disadvantages.

So which is the best option for you? That depends on your needs and preferences. Let’s take a look at each of these lighting tools in more detail to see how they compare. 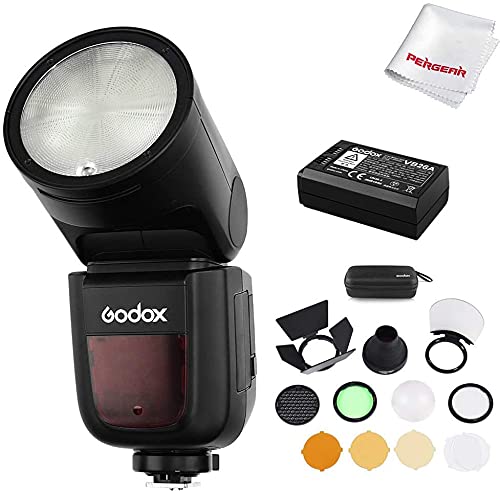 Speedlight Vs Strobe: What Is a Speedlight?

If you want to learn more about flash photography, check out our article here. If you’re looking for tips on natural light, go here.
A speedlight, also called a flashgun or hot shoe flash, is an add-on flash. It sits in the hot shoe slot at the top of the camera.
But with a receiver and a transmitter, a speedlight functions much like a strobe. You can use off-camera flash (OFC).
Some high-end speedlights have this ability built-in. Most need a transmitter to use as an OFC. With the right accessories, a speedlight can pull double duty. It can act as an on-camera flash and then as off-camera lighting. 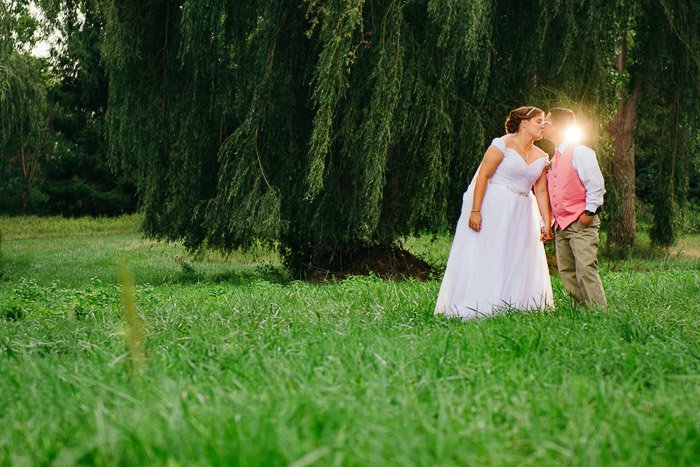 Like a strobe, a speedlight emits a short burst of light. The photographer can control the intensity of that light. Use manual flash power as well as lighting modifiers.
Many Speedlights also have TTL or Through the Lens, which is essentially an auto mode for the flash. Other speedlight settings include adjusting the zoom. This controls the distance the light spreads as well as how wide the spread is.
Most flashguns have a tilting head that allows the light to bounce off a surface for a softer effect. Speedlights and strobes need a shutter speed that’s slower than your camera’s flash sync speed. This is often 1/250 but varies between some camera bodies. 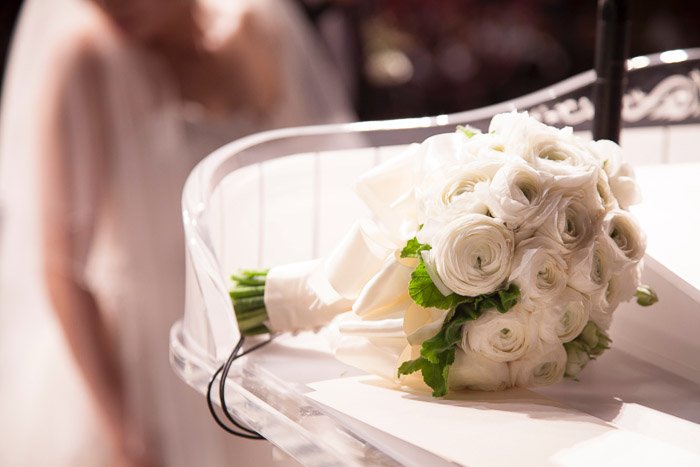 Speedlights and strobes with high-speed sync allow for faster shutter speeds with flash. This is helpful for shooting with wider apertures or for even more freezing power.
Most speedlights use AA batteries, a battery that’s easy to find. Rechargeable AAs are ideal. Youdon’t need to carry around a power pack. Photographers will go through a charge every few hundred bursts of light or so.
Speedlights are also generally compact.
There are several different features and options. An off-brand flash can cost as little as $100 while advanced flashes can near four figures.
Most aren’t priced that high. A typical mid-level flash will cost around $300 and a high-end option around $500.
Budget flashes won’t be as powerful and often skip out on features like high speed sync.
Here are some of our speedlight recommendations:

What Is Strobe Photography?

Strobes also create a short burst of light. But the design of the light is different, a change that means a few different features.
Strobe lights are for studio lighting, not mounting to the top of the camera. This means they’re larger and powered through an outlet or a large battery pack.
You can control the strobe’s intensity by adjusting the settings. Or you can use a lighting modifier like an umbrella or softbox.
Strobe photography opens up more options for modifying the light. This includes options like barn doors as well as softboxes that would be too large to use with a flash. 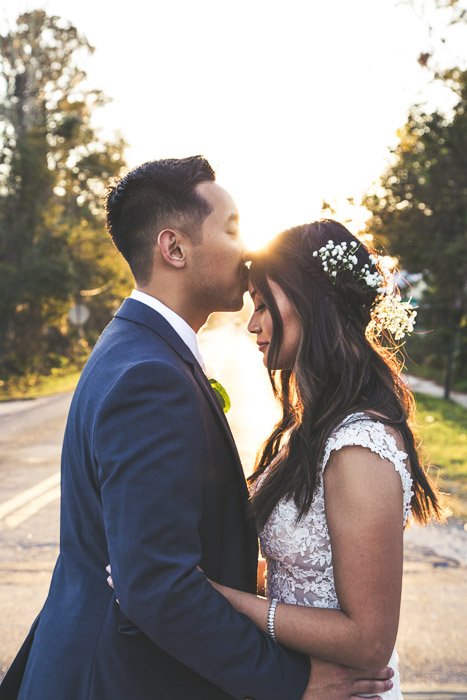 Strobes also have a built-in modeling light. This is a continuous light that’s not as strong. But it can help you determine exactly where to place the light to get the effect that you want.
Strobe lights still need to communicate with your camera. Wireless options such as an off-camera flash trigger will fire the camera remotely. There is also the option of using a cord connecting the camera to the flash.
Some strobes can also be set up to flash when they detect a burst of light. So your on camera flash can trigger a strobe light, for example.
As the more advanced option, strobes are pricier than a flashgun. An entry-level studio strobe may cost around $500. Some off-brands sell cheaper ones.
Advanced options will hit four figures. Strobes also don’t always include the battery pack with them. That’s another cost to factor in, as well as the cost of lighting modifiers.
Here are our strobe recommendations:

How Are Speedlights and Strobes Different

Both a studio strobe and a speedlight will create a short burst of light off camera. Because of this, the types of shots that you can get with each type overlap.
Many different types of lighting setups can be achieved with both options. Try placing a light 45 degrees from the subject. This creates a backlight. Or you can work with lighting setups that involve two or more lights. 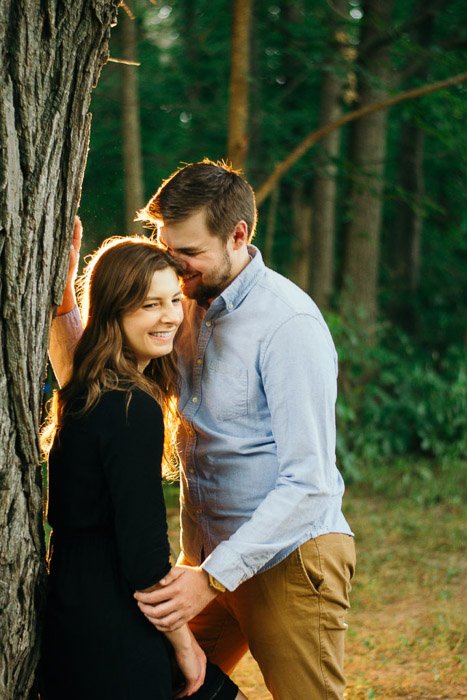 The strobe will be able to create some shots that a flashgun can’t. This is because strobes are more powerful. They can create more light to add to the scene. 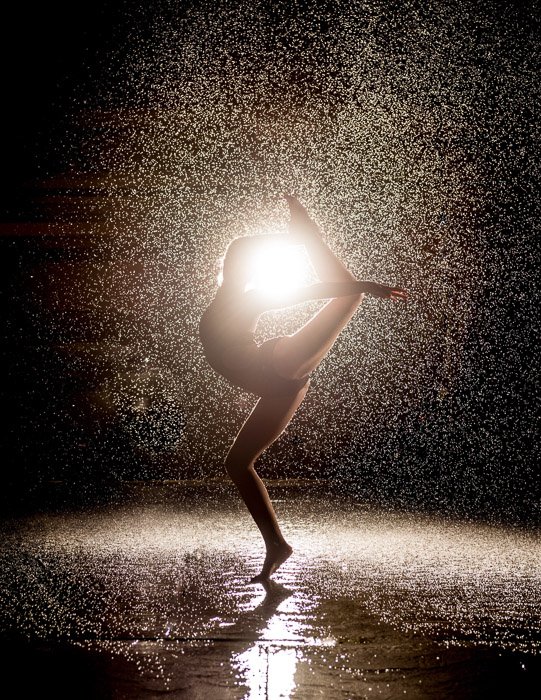 While both will be able to handle 95 percent of the lighting you want, a strobe can go a little farther.
Inside each light’s specifications, the guide number indicates the power. This is a standard that’s consistent across both strobes and speedlights.
The guide number is just a standardized way of measuring light output. A higher guide number means a more powerful light.
Strobes are more powerful than most speedlights. But there’s some variance. For example, a $500 speedlight probably has a higher guide number than a $300 strobe.
More light isn’t always necessary though. While a strobe has more power, I seldom use even my flashgun at full power because I favour soft lighting.
A speedlight has enough power to work in a majority of photo shoots. It even has enough of a range to create hard light as well as soft.
There are some scenarios where the power of a studio strobe is necessary. If you want to overpower the sun on a bright day, for example, a strobe is the better tool.
Power isn’t all about light output though. Strobes have a faster recycle time. This is due to the larger battery and the fact that you’re not using full power all the time.
Speedlights tend to take a few seconds between shots before being ready to fire again.
High-end strobes and speedlights will have faster recycle times than the inexpensive options. 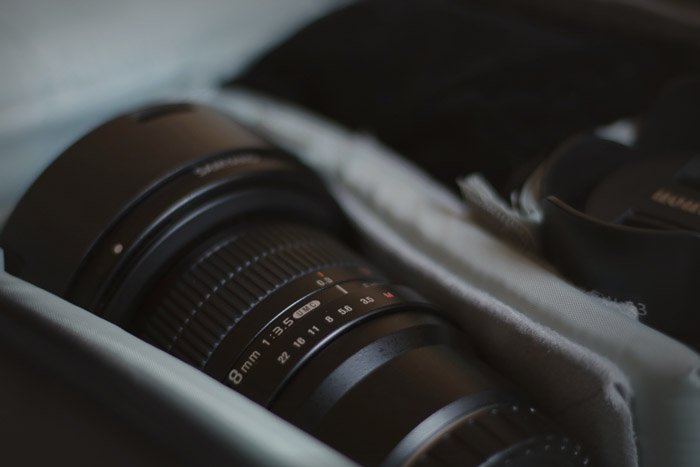 Strobes are faster and more powerful — but there’s a big tradeoff. Strobes were designed for photography studios. The larger design of the light and large battery pack means that speedlights are more portable
A speedlight will only take up about as much room as a lens inside your camera bag and a few extra sets of AAs in a pocket. That’s small enough to even pack two without carrying too much gear.
Speedlights are also the more flexible of the two. I can shoot with on-camera flash when I need to be mobile for a wedding ceremony. Then move the flash off-camera. I use this for more interesting light during the formal portraits.
If I shot with studio strobes, I’d still have to buy a flash for lighting. Sometimes it’s not feasible to actually carry a separate off-camera light. Because of both the portability and my preference for softer light, I use speedlights.
That doesn’t mean speedlights are the best for every photographer. If you have a studio location, portability becomes less of an issue for your lighting gear.
The faster recycle times allow strobe photographers to move quickly between shots. Strobes are better for using lighting paired with a burst mode.
Strobes are strong enough to overpower the sun. But the range of settings and the wider range of light modifiers makes it possible to create soft lighting as well. 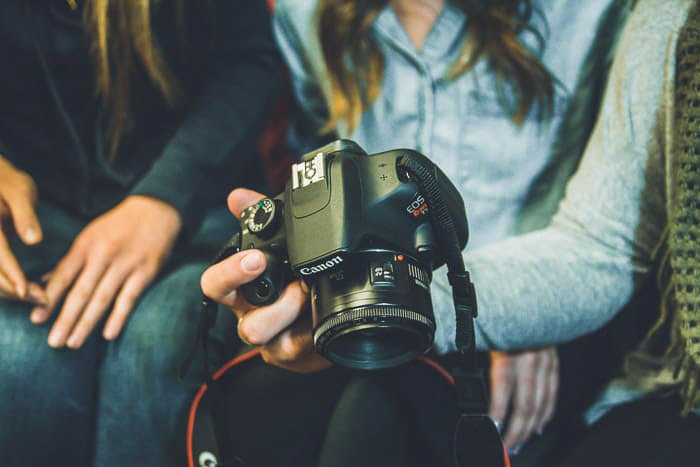 What About Continuous Lights or LEDs

Speedlights and strobes aren’t the only two types of lights available. The two are the most similar since they both create short bursts of light.
Continuous lighting is another option, also called video lights. LEDs are a type of continuous light. As the name suggests, the light is always on — there’s no short bursts of light.
Continuous light is best for video. But there are a few reasons to try the lighting format with photography too.
The light is always on. This means it’s easier for photography beginners to learn lighting patterns with continuous light. You can see how each change you make looks.
There’s less guesswork to the settings when you can see how intense the light is without taking a test shot.
You can use the modeling light built into many strobes to get the same perks. Speedlights do not have a modeling light option to keep the light on.
You also don’t have to worry about making sure your camera and the light can communicate with each other. Some LED lights will also allow you to control the light temperature.
This requires another accessory like a gel when using flashes and strobes.
LEDs are becoming more popular for photos as well as video. But there’s still a few noticeable differences.
First, a burst of light will help freeze the action. You can use a slower shutter speed and still freeze the motion. That short burst of light helps freeze the movement.
Because the lights is always on, continuous lights aren’t as powerful. They also tend to run hot, which is why most photographers choose a strobe or a speedlight. 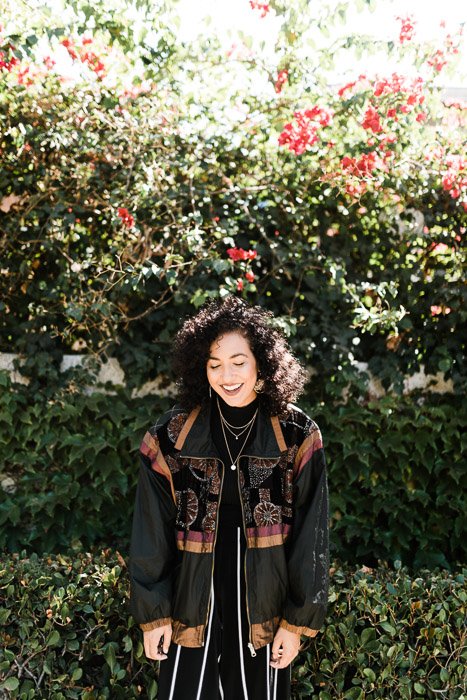 Strobe lights create more light, recycle faster and have a built-in modeling light for learning.
Speedlights, on the other hand, are much more portable, more versatile, and can create almost all the same effects.
Continuous lights aren’t quite in the same category without that burst of light, but are worth considering to learn light (and are a must for video).