One of my favorite lenses is the Canon EF 85mm f/1.8. It’s best known as a portrait lens, but it is very versatile. It can be used for many other types of photography from product and food to street and event photography.
Although it’s not an L-series lens, it still produces fabulous quality images. And it has a price tag that’s much more accessible to the enthusiast photographer.
Take a look at this review and see if the Canon EF 85mm f/1.8 is a good fit for your bag. 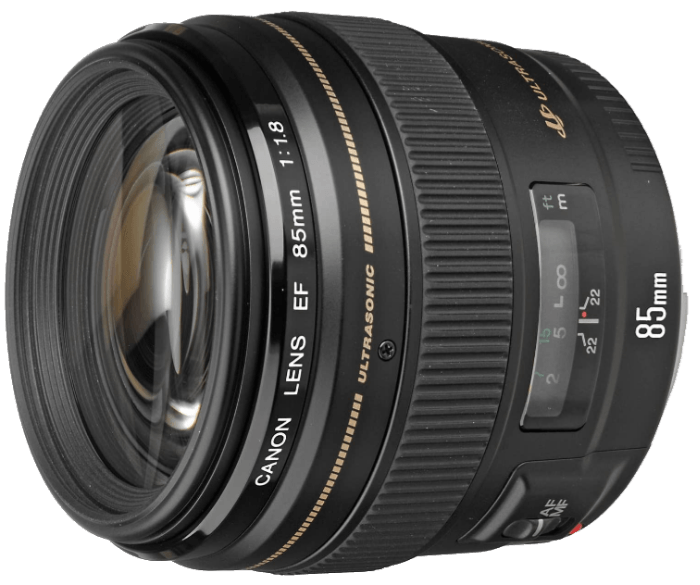 The 85mm f/1.8 is one of Canon’s oldest autofocus lenses still in production. First introduced in 1993, it has seen many variations, although the name and much of the lens has remained the same in its 27-year-long career. You can still get it under the same name, and for a similar price as in 1993.

It’s famous for providing an excellent cost to performance ratio. Besides the nifty fifty, this is the second most popular lens that makes the signature shallow-depth-of-field portrait look available for all photographers.

Its optical performance is fantastic for the price, although nothing groundbreaking for a good prime lens.

In the box, you’ll find nothing else than the lens, the front and rear caps, and a user manual. A lens hood is available for purchase separately. I recommend getting a third-party one for protection, but it’s not necessary optically.

I have had several copies throughout the years. If you purchase second-hand, make sure that you buy a fairly new one (manufactured after 2010) if possible. These copies autofocus much more consistently on modern Canon DSLRs. 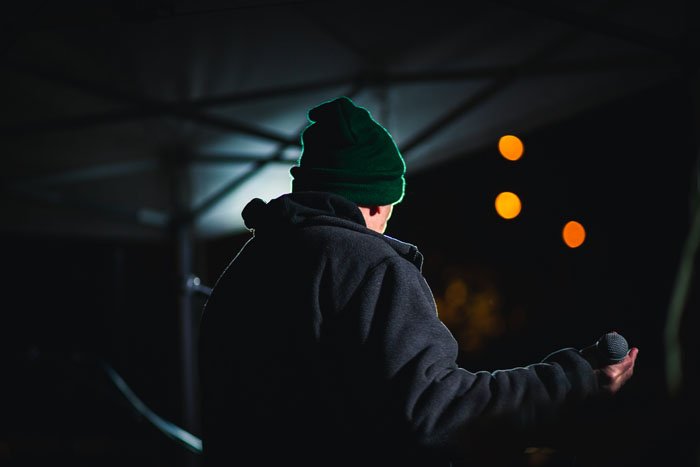 This lens is extremely versatile, so there are not many limitations in possible use cases.

Without completeness, I used it for portrait, event, concert, street, travel, product, food, and close-up photography. The short telephoto focal length of 85mm can be used for anything, really. Paired with a bright aperture and great image quality, this lens is my first choice for anything that requires this field of view.

This is a lens widely used by professionals and enthusiasts alike. Its quality grants that it can easily be used in a professional context, but its price is available for a much broader audience.

So, I can wholeheartedly recommend it for anyone looking for a special look and good low-light performance in this focal length range.

I highly recommend using this lens on a full frame camera, where its field of view is more convenient. The 135mm-equivalent view on crop sensor cameras is still great, but less versatile. If you’re on a budget and want the maximum out of a lens like this, you can pick up a 6D or a 5D MkII camera body second-hand for less than an entry-level camera brand-new.<img class="aligncenter wp-image-395680 size-full" src="https://expertphotography.com/wp-content/uploads/2020/08/canon-85-1.8-prod4.jpg" alt="A Canon DSLR fitted with Canon EF 85mm f/1.8 USM lens ” width=”700″ height=”467″ />

The Canon EF 85mm f/1.8 USM was originally made for Canon’s EF-mount 35mm film cameras with autofocus. It fits today’s full frame models perfectly. These are the Canon EOS 6D, EOS 5D, and EOS 1DX/1Ds series of digital cameras. The lens will work perfectly on crop sensor EOS DSLR bodies (such as the 7D, 10D-90D series, and all the Rebels).

It can also be adapted without loss in autofocus speed to Canon’s full frame mirrorless R bodies (currently the R, RP, R6, and R5). I don’t recommend adapting this lens if you’re committed to the R system. The newly released RF 85mm f/2 IS STM Macro lens is an even more versatile, equivalent choice there.

It will work just fine with a slight drop in autofocusing speed on Canon’s crop sensor mirrorless EF-M-mount cameras.

You can also use any EF mount adaptor currently on the market with this lens. These include adaptors to Sony E-mount, Nikon Z-mount, Leica L-mount, and more. For Micro Four Thirds, I recommend using a speed booster do retain some of the low light advantages. Autofocusing speed and reliability on these off-brand cameras will depend on the quality of the adaptor used. 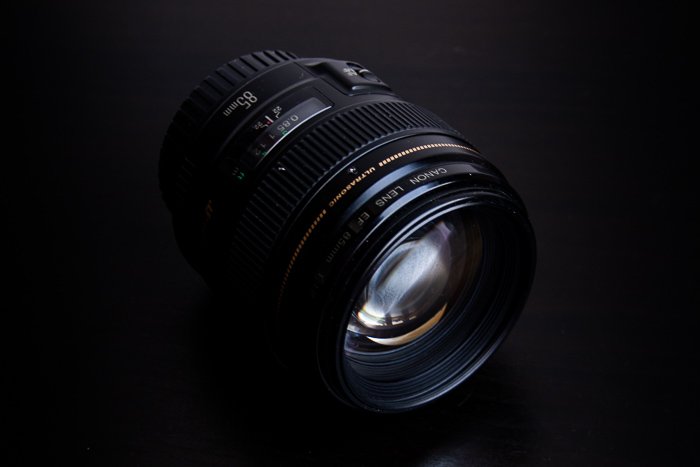 So, I assume that newer copies have been slightly redesigned, or perhaps tolerances were reduced sometime in the late 2000s. This would make sense, as the 5D MkII of 2008 has demanded significantly more resolution than cameras before it. In this review, I will write about the image quality of modern samples.

The optics of the 85mm f/1.8 are excellent. This lens is not as razor-sharp as some modern lenses from Canon and Sigma, but absolutely sharp enough at all apertures to capture detailed portraits and other subjects. 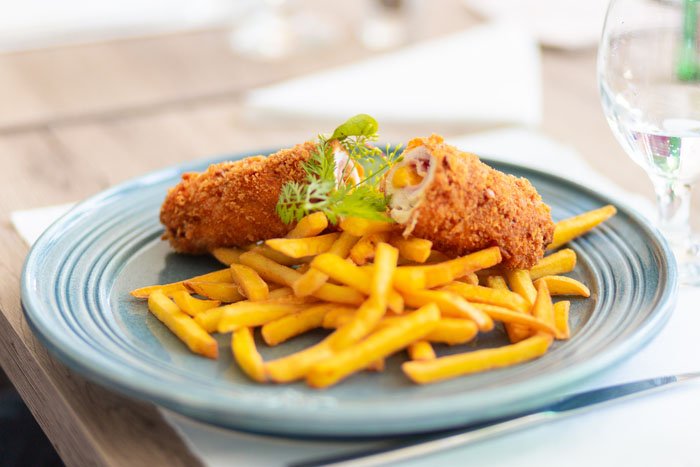 The image center is very sharp right from f/1.8. This is good news, as you’ll use this lens a lot at f/1.8. The full frame corners leave more to be deserved, but if you don’t pixel-peep or crop heavily, they will also be perfectly fine even wide open.

At f/2.8, the entire frame sharpens up consistently. There’s a slight improvement at f4 and an even smaller one at f/5.6, but it’s only noticeable if you look at the images on your screen 100% zoomed in. That’s not a real-world scenario for viewers.

There’s basically no distortion. Vignetting in the corners is noticeable up to f/3.5, and disappears beyond that. 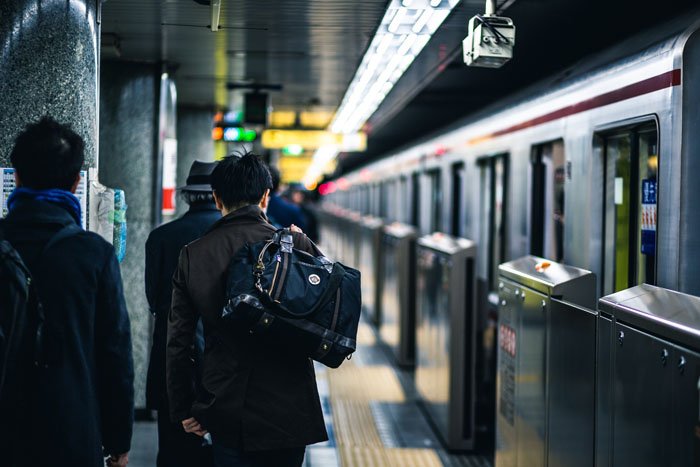 The lens shows a visible level of chromatic aberration, both lateral and longitudinal. This means you’ll find purple and green fringing on in-focus and out-of-focus contrasty areas alike. This, however, is fairly easy to correct in software and has never posed a problem for me in practical use.

The out-of-focus backgrounds (there’s a lot!) are soft and smooth. Unlike many other 85mm lenses, it’s hard to get this one to create a swirly pattern in the bokeh. The pattern fairly neutral at all focusing distances.

The lens responds to direct sunlight pleasingly. There is some apparent flaring, but it performs better than the EF 85mm f/1.2 II, for example. It also retains contrast when the sun is in the frame. The lens hood helps slightly with flaring, but it’s mostly there for protection. 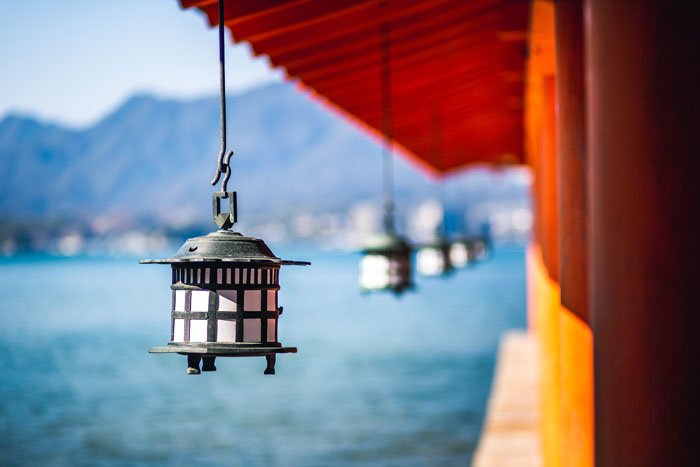 Its ultrasonic autofocus motor (‘USM‘) is among the quickest I’ve used, and on modern copies, it’s also consistently accurate. As mentioned earlier, I had consistency issues on copies made before the late 2000s. Autofocusing is almost silent.

You might need to micro-adjust your lens to work perfectly with your camera, especially if you use a DSLR. Tolerances are so little on an f/1.8 telephoto lens that even a slight misalignment will be noticeable.

The manual focus ring is mechanically coupled to the focusing elements. When you autofocus, the ring doesn’t move, but you can always turn it yourself to override the autofocus action. The ring itself is not too precise. From infinity to close focus, it’s about a 60-degree turn.

There is a focusing distance indicator window on the top of the lens, with depth of field markings for f/1.8 and f/22.

The minimum focusing distance of the 85mm f/1.8 is 0.85m. This is not useful for macro shooting, but with a few extension tubes, everything can become a half-decent macro lens. I don’t use it for this, though. Instead, I use the 40mm pancake lens with tubes or the 100mm f/2.8L macro lens.

Nothing on the outside moves when focusing. 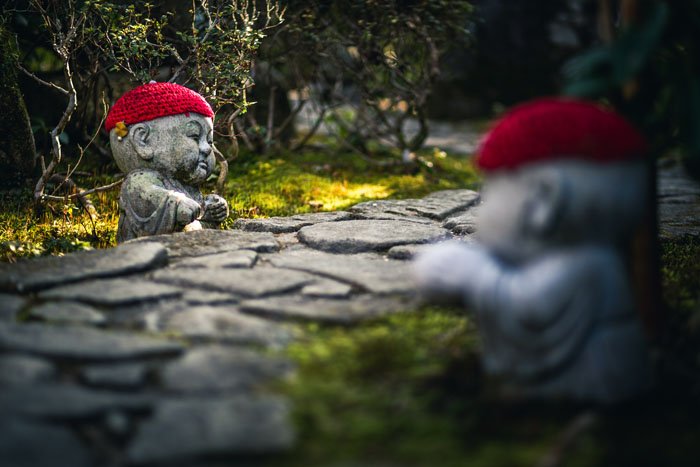 The EF 85mm f/1.8 USM is built of plastic, but it feels sturdy. I dropped it once, and it wasn’t damaged. The lens mount is metal.

The lens is not weather-sealed, but it does withstand moderate rain in my experiences. Dust, however, can easily get into this lens. I haven’t seen a copy without plenty of particles inside with the exception of the brand-new one. This, however, does not impact image quality even the slightest. Even at f/22, dust cannot be spotted on the final images.

It has a 58mm filter thread made of plastic.

On the side, there is a sole autofocus/manual focus switch.

The separately available ET-65III hood is made of plastic with a light-absorbent coating on the inside. Feel free to get a no-name plastic hood instead, it doesn’t make a difference in flare reduction and protects the lens just as well. 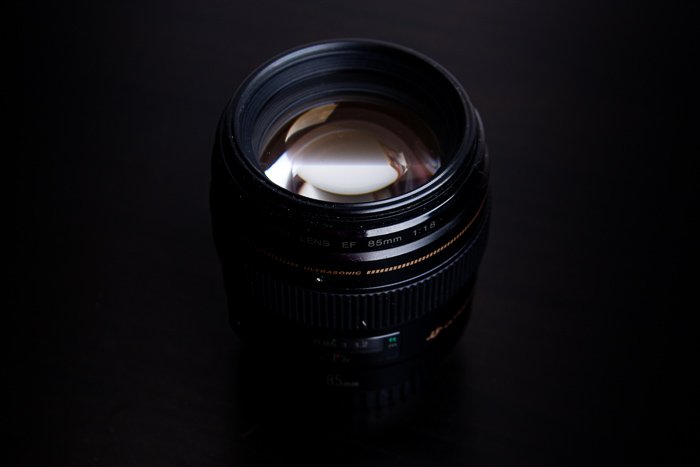 The EF 100mm f/2 USM is basically the same lens with a slightly longer focal length. It controls chromatic aberration a little better, but that’s about the only difference I can think of. It’s got the same housing as the 85mm and very similar optics. Which one you get depends on your preference on focal length only. I like 85mm more, but this might not be the same for you.

On crop sensors, the closest equivalent of this lens is the EF 50mm f/1.4 USM. It’s very similarly built, has the same price, so if you’re going for the same field of view on a crop sensor, this is your choice.

On RF-mount Canon cameras, I’d definitely opt for the RF 85mm f/2 IS USM Macro instead, as it’s more versatile.

If you really like the 85mm focal length and want a lens with ultimate optical performance, you can get faster and more expensive lenses as well. The 85mm f/1.4L IS USM is Canon’s newest EF-mount 85mm lens, with excellent optics and stabilization. The 85mm f/1.2L II USM is a legendary portrait lens with an ultra-fast aperture, but slow autofocus. The Sigma 85mm f/1.4 Art is the heaviest and sharpest 85mm lens I’ve ever used. 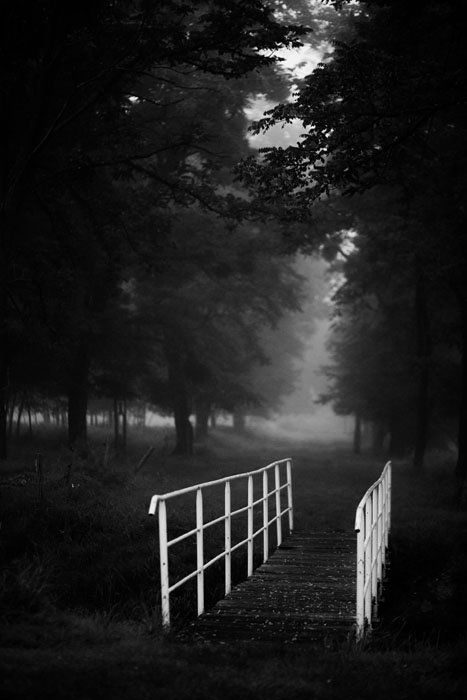 It’s been in my bag constantly for more than four years, and I expect it will be in yours as well if you choose to get one.