We are all familiar with the sound of a camera shutter. But do you know what happens inside your device when that happens? In this article, we’ll explain how a shutter works, and why you hear that distinct clicking sound.

What Is a Camera Shutter?

First, let’s define what a shutter is and what it does. You can think of it as a gate that opens to let the light into the sensor or film and closes to stop the .

In reality, a shutter is a complicated mechanical contraption. It’s not just a simple gate that opens and closes. There are various types of shutters that work differently depending on the camera. Let’s have a look at the shutters you’ll find in DSLRs, mirrorless, video, and motion picture cameras. 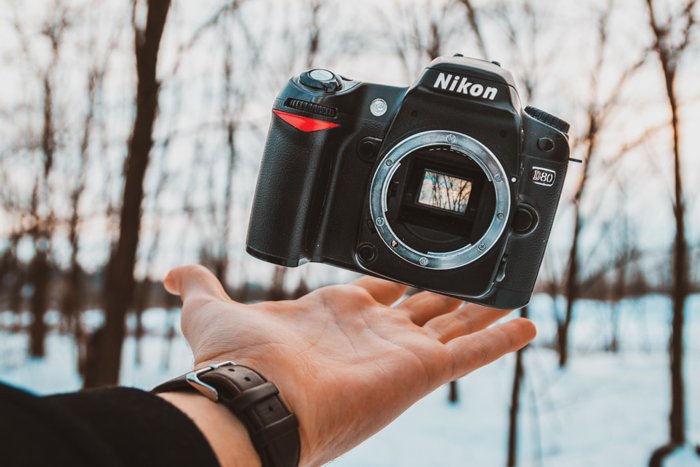 How Does a Camera Shutter Work?

Before we start, let’s define DSLR to understand how its shutter works. The acronym stands for Digital Single Lens Reflex. That means that your camera has an optical device composed of a mirror and a prism. This lets you see exactly what goes through the lens.

The optics of the DSLR works by placing a mirror behind the lens, which goes to a prism inside your viewfinder. You can think of it as a tiny periscope that bounces light around to reach your eye.

Now, what does the mirror have to do anything with the shutter? Well, since the mirror is directly behind the lens, it prevents the light from hitting the shutter. But the DSLR is designed in such a way that when you press the shutter button, the mirror goes up so the shutter can open and make an .

When you press the shutter button, you’ll hear the mirror make a slapping sound when it goes up. Since it’s not reflecting any light behind the lens and directing it to your viewfinder anymore, you get a black screen. 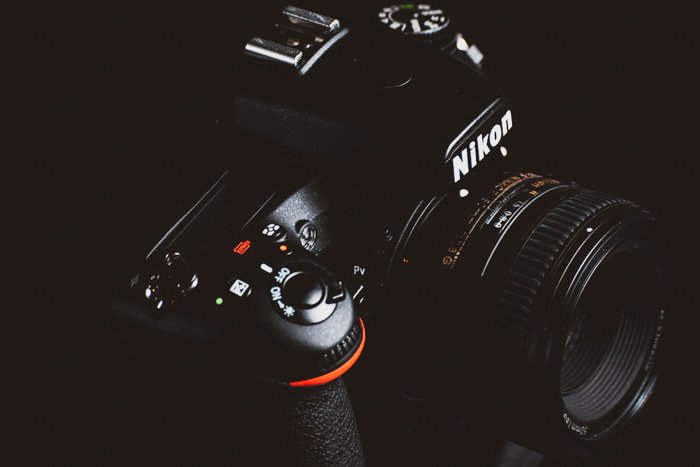 Mirrorless cameras are called such because they don’t have the mirror that DSLRs have. Mirrorless cameras transmit image data from the sensor to a small electronic screen in the viewfinder to let you see what you’re shooting.

In many ways, the shutter mechanism of a works similarly to DSLRs. It also has a shutter curtain that goes up and down as you take a picture. But the difference this time is the way it moves and captures the image as you press the shutter button.

Since a doesn’t have a mirror, the sensor is fully exposed behind the lens. But when you press the shutter button, a shutter door goes up to block the sensor, and then goes down to make the . Once the is done, another door goes down from the top of the frame. 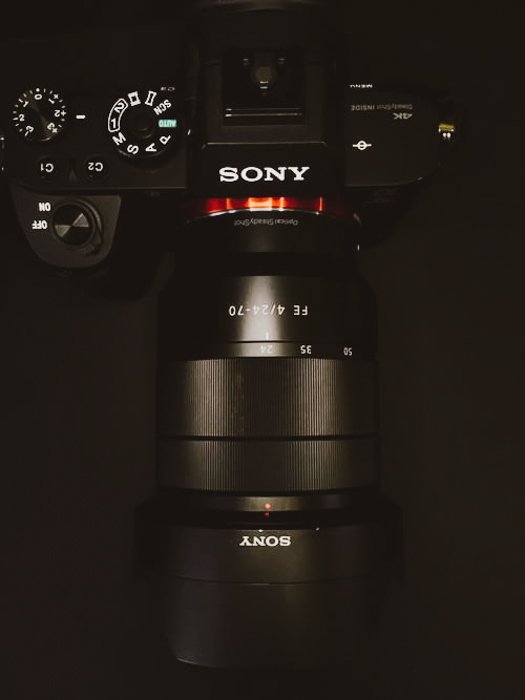 We’ve all heard of crop sensor and full frame cameras. Crop-sensors are typically found in cheaper consumer cameras. Full frame sensors are the ones that most professional photographers use. 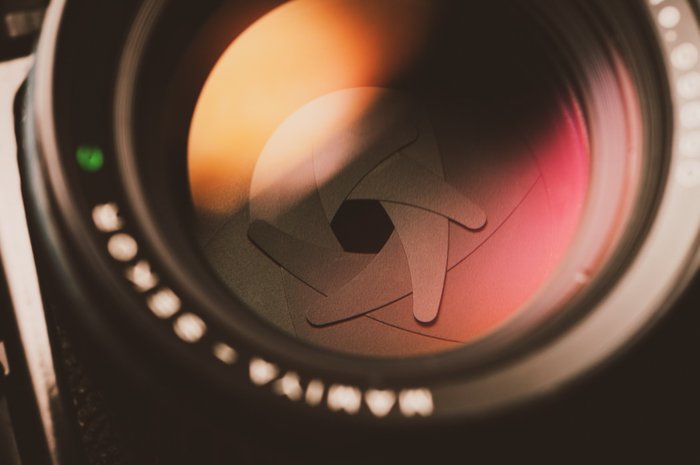 Unlike other shutter mechanisms, a leaf shutter is inside the lens and not the camera body. It also looks and works like an aperture, moving inwards or outwards instead of up and down.

The advantage of a leaf shutter is that it’s faster than any other mechanism that employs a shutter curtain. You can use it for high sync flash that can be 1/1000th of a second or more, as compared to 1/200 or 250th of second for mirrorless and DLSRs.

Ever wonder where the clicking from your compact camera or smartphone comes from? The truth is that sound is produced electronically.

Compact cameras and smartphones don’t have shutter curtains that go up and down at all. Instead, they capture light from the lens straight to the sensor. That’s mainly the reason why they’re smaller and can take more pictures than regular cameras.

So if your smartphone works without a shutter, then why is it still necessary for normal cameras to have one? It all comes down to the quality of the photos. Cameras without shutters tend to produce grainy pictures. On the other hand, cameras with mechanical shutters have cleaner images. They have better control of the light hitting the sensor. 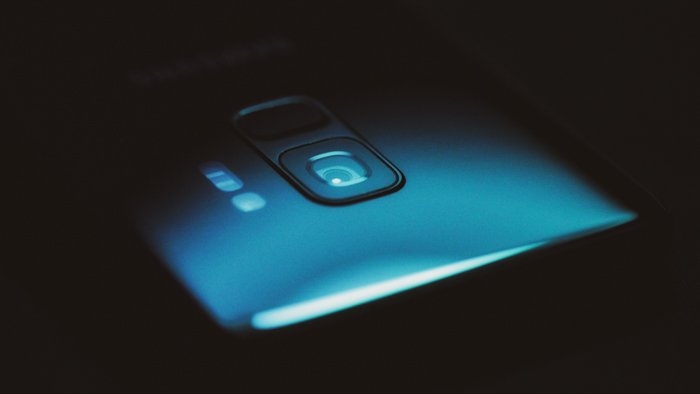 As mentioned earlier, the amount of time the shutter stays open is proportional to the shutter speed you set on your camera.

But since shutters are mechanical, they can only go so fast when taking pictures. Try pressing the shutter and hold it for ten seconds and you’ll see how fast or slow your camera takes pictures.

Your camera’s shooting speed is calculated by using fps or frames per second. Most consumer cameras can only take about 5 to 8 frames per second even when using a shutter speed of 1/8000th of second or more. While some professional models (especially mirrorless options) can shoot almost up to 24 frames per second.

Now that you know that most cameras can only shoot a few frames per second, you’ll understand why the shutter is never used when shooting video. Otherwise, you’ll end up with jerky motion because the shutter isn’t fast enough to capture natural movement.

When you record videos using your mirrorless or DSLR, your shutter goes up and never goes down until you finish shooting. In Video Mode, the sensor then becomes a “virtual” shutter by electronically scanning the light coming from the lens.

Capturing video data depends on the kinds of sensor your camera has. Ther are two main types of sensors in cameras. The first one is the CMOS which is found in most entry-level and even professional cameras. It captures video by scanning the scene from left to right, and top to bottom.

A CMOS sensor scans an entire scene in milliseconds (which is fast!). But it tends to suffer from the rolling shutter. In other words, it distorts fast movement because it can’t record a scene all at once. If you have a DSLR or a mirrorless, try swiftly panning your camera from left to right and you’ll notice that “Jell-o effect” caused by rolling shutter.

The second type of sensor is called CCD and is mostly found in high-end and professional video or cinema cameras. It uses what’s called a global shutter to avoid any distortion in movement. That means it captures a scene all at once so you’ll see no lags in any motion in your frame. 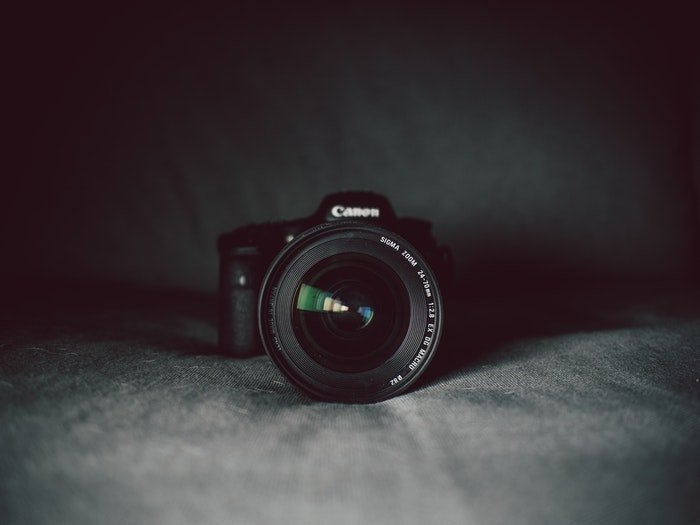 Your camera shutter is mechanical, which means that it can only do so many clicks before it stops working. Your camera’s shutter life expectancy can be found in your camera’s spec sheet or online.

An average consumer camera has a rating of about 100,000 shutter actuations. Meanwhile, professional options are rated 200,000 or more actuations. It may not sound enough. But in general, most enthusiasts only reach up to 25,000 actuations a year. That means their camera can last up to 4 years.

Meanwhile, it’s not unusual for professional photographers to reach 50,000 or even 100,000 actuations per year. That’s why you often see them change their cameras all the time.

You can check your shutter count online by uploading a recent JPEG or raw picture from your camera. Remember that sometimes a shutter can break before or even way after it reaches its expected number of shutter actuations. Like your car mileage, a shutter life expectancy is a manufacturer’s estimation.

It’s always a good idea to learn about how your camera works. Knowing the mechanics of your shutter, for instance, would allow you to see its capabilities and limitations. And let’s be honest: It feels good to know what’s going on inside your device when you hear that click.