Full frame vs crop sensor is often the deciding factor for photographers looking to buy new gear. But do you know why this sensor size debate is so heated?

I’m here to set the record straight and let you know what crop and full-frame sensors are and what they do differently. And how you can take better pictures with both.

What Is a Sensor?

The sensor is a photosensitive surface. It’s the soul of a digital camera, as it records the scene you are photographing.

It detects light waves and turns the recorded information into electric signals, and eventually an image.

In general (with lots of exceptions), a bigger sensor is going to have a higher resolution and lower noise levels.

Sensor size is an important consideration when it comes to choosing your camera. Larger-sensor cameras come with a cost – financially, but also in size and weight.

Cameras with full-frame sensors can be very expensive. Depending on what you photograph and do with your images, you may need one.

If you are photographing to share on social media, you can get away with an APS-C camera or a smaller sensor.

If you are shooting large-scale commercial projects for large companies or even professional wedding photography, you need a full-frame DSLR with a larger sensor.

Since the beginning of the 20th century, the 35mm film format has been the standard. Among other (smaller and larger) formats, it stood out as a balanced size. It combines good image quality with portable size.

If you take a lens and put in on a full-frame camera, it will not show the same angle of view as on a smaller-sensor camera.

The angle of view is defined by the focal length and the sensor size of the camera it’s currently used on.

To solve this problem, the unit of equivalent focal length emerged.

The equivalent focal length is practically an angle, even though it’s described in mm.

It takes the 35mm full-frame sensor as a standard, and the viewing angles various lenses produce on it.

Take a look at a 70mm lens. On a full-frame sensor its viewing angle is 29 degrees horizontally, and 19.5 degrees vertically. Diagonally it’s 35 degrees.

Thus, any lens on any sensor that has the same diagonal angle of view is called 70mm equivalent.

To get the equivalent focal length, you need to multiply the crop factor and the real focal length of the lens.

But what is the crop factor?

Any sensor smaller than that is called a crop sensor. It’s called the crop sensor because you’re effectively cropping the full-frame image.

They are cheaper to manufacture, so they can make their way into cheaper and smaller cameras.

The ratio of their diagonal and the full-frame diagonal (which is ~43mm) is the crop factor. Corners of the image that you’d see on a full-frame sensor, are out of the coverage on a smaller sensor.

There are standard crop sensor sizes in use today. The most popular crop factors include:

Of course, the world doesn’t stop at full-frame. There are bigger, medium-format sensors, which are found in even more expensive cameras. These sensors are not called crop sensors, but you can still apply a crop factor to them. Their crop factors are smaller than 1x. 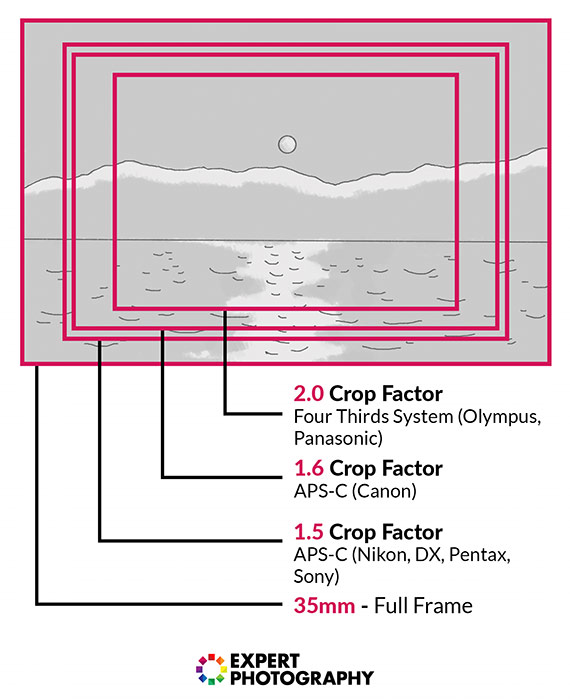 What Does This Mean in Practice?

Let’s suppose that your lens can cover more than a full-frame sensor. If you put it on a 0.8x factor medium-format camera, you’ll get a 70mm * 0.8 = 56mm equivalent view. 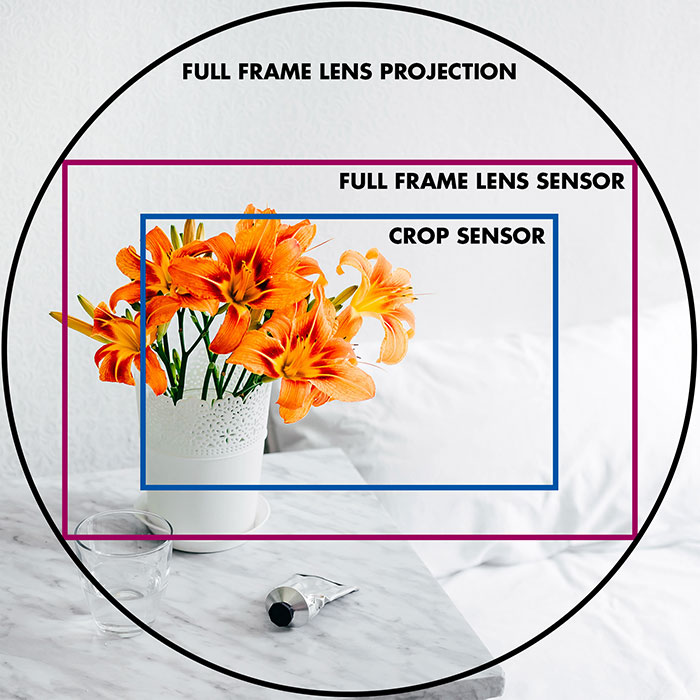 How You Can Calculate the Crop Factor

The math to find out the crop factor is simple, you’ve all learnt in high school.

To get the factor, you’ll need to know the diagonal. The diagonal can be determined by the two sides of the sensor, using the Pythagorean Theorem (a² + b² = c²). The sides are a and b, and the diagonal is c.

We also know that the same math gives 43.27mm as the full-frame diagonal. 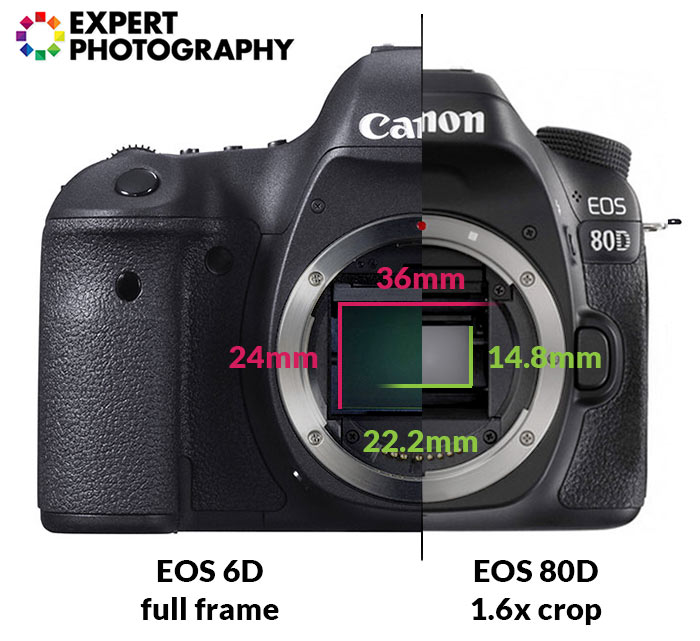 A cheaper sensor is, unfortunately in some ways, an inferior sensor. There are disadvantages to using a crop sensor.

For one, as the scene is cropped, your lenses work in a different way. The crop factor of your camera applies to every lens that you put on it.

This might not be a problem with telephoto lenses (those get even longer), but it’s very much a problem with wide angles. Lenses that would project a wide-angle on full-frame, are cropped to behave only like widish-standard-angle lenses.

This problem is fairly easy to counteract by buying lenses specifically designed for crop sensors. For example, a Tokina FX 16-28mm on a full-frame camera is equivalent in view to the Tokina DX 11-16mm lens on a 1.5x crop sensor.

If you’re a fan of nicely blurred backgrounds (bokeh), crop sensors require quite a sacrifice. You’ll get more bokeh on full-frame if you’re using an equivalent lens with the same aperture.

This means that the absolute amount of light they gather is 2.5x less than full-frame. So, in order to get the same exposure, a crop sensor’s image has to be amplified 2.5x as much. This results in more noise.

Also, the density of pixels on crop sensors is usually higher. They require more resolving power from lenses. So, a lens that is sharp on full-frame, might not produce the same sharpness on smaller sensors, if both sensors have a similar resolution.

Manufacturing sharp lenses for crop sensors is thus actually harder, and you have to be more careful when buying such lenses.

Even so, crop sensors have a practical limit in resolution around 30MP. Canon’s recent 90D has 32MP.  Users of that camera sometimes complain about not enough sharpness. It’s because the sensor is too demanding. At the same pixel density, a full-frame sensor would have a 72MP resolution. 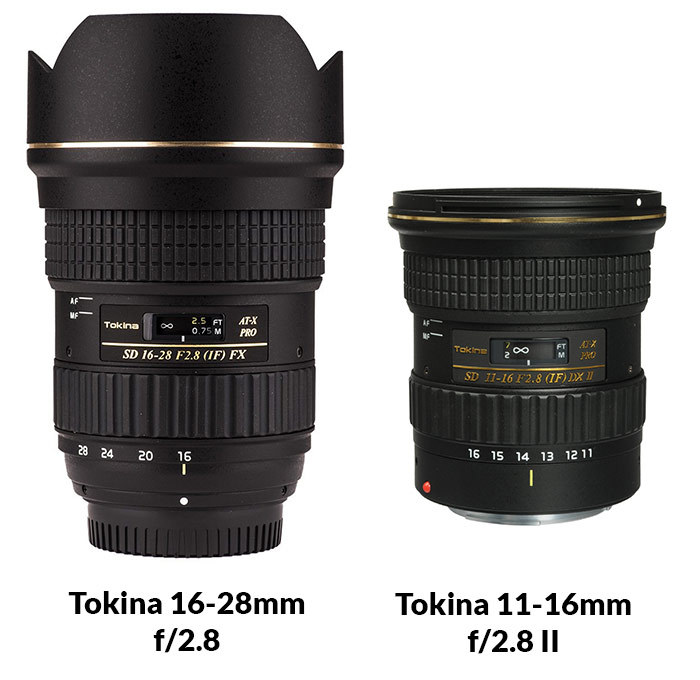 There are also important advantages for smaller sensors.

First (and probably most important) is their price. If you want comparable tech (autofocus, speed, resolution) in a crop and a full-frame camera, you can get the crop sensor one for half the price. This is simply due to the generally smaller size and cheaper sensor.

Speaking of size, it’s the second advantage of crop over full-frame. Most photographers, especially enthusiasts and those who travel a lot, value a smaller body over a bulky one. Sure, you can find big crop sensor bodies (Nikon D500, Canon 7D MkII), but you won’t really find tiny full-frame cameras.

One exception is the brand-new Sigma FP, which is a modular full-frame camera. As such, it’s not really comparable to anything else.

Another plus for crop sensors is (drum roll!) that they crop your image. I mentioned that in disadvantages, so what’s the deal here?

If you’re shooting sports, wildlife, action, or anything that requires a long reach, you will value that 1.5-2x crop. It significantly reduces the price you need to pay and the weight you carry.

A 600mm full-frame lens costs a fortune and weighs over 5 pounds. A sharp 400mm lens on APS-C might just do the job perfectly for you while providing the same view. Same with a 300mm lens on Micro Four Thirds.

This also works for up-close subjects. Macro photography is a field of photography that a crop sensor can help with immensely.

If you have a 100mm macro lens, by using a crop sensor, you effectively have a 160mm lens. This gets you closer to the insects or flower you are photographing, all at no extra cost. 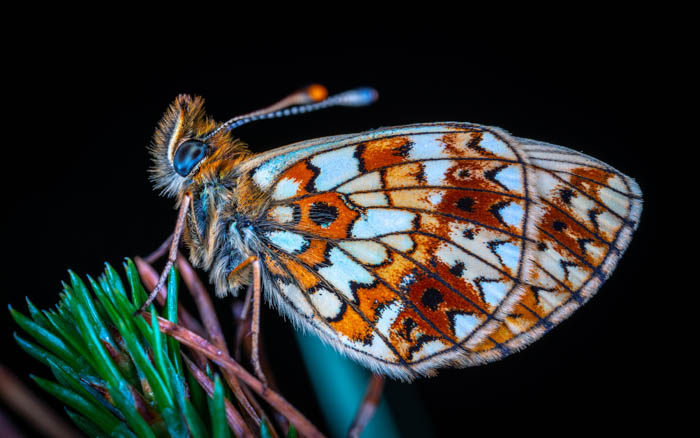 There is no easy way to decide whether a crop sensor or a full-frame camera is for you. It will depend on several things; mostly your budget and your intended use for it.

If you are photographing objects far away, a crop sensor camera gets you closer to them without any extra cost.

I have both and use them for different duties. However, if you have to choose one camera, really think through your purpose with it. 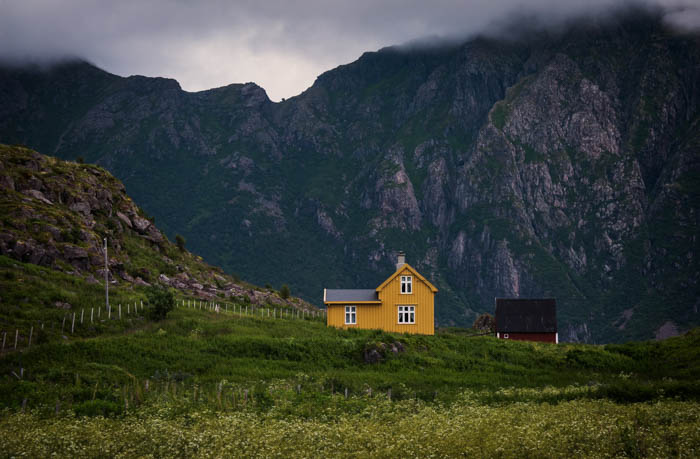 Having an array of lenses means that no matter what you are capturing, it is still possible with either system.

If you want your kit to include a wide-angle lens, a standard lens, and a telephoto lens, you just need to re-imagine the focal lengths.

Your choices are plenty for smaller systems, such as Micro Four Thirds, too.

In the end, your camera is only a tool for you. World-famous works have been created with all the different sizes of sensors. You’ll not be limited by either crop or full-frame. 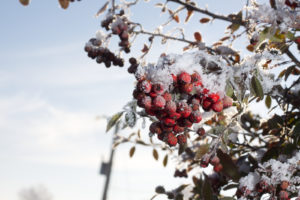 When it comes down to quality for price, bang for buck, a 50mm 1.8 is one of the best lenses on the market and an… What Is a Wide Angle Lens (And When to Use One!)

As a photographer, you have a vast selection of lens options to choose from. Those that show a vast portion of the scene are called…

12 Tips to Get the Most Out of a Photo Walk

Photography walks are excellent not just for improving your photography skills but also to keep your motivation high. A photo walk is more than just…
See all articles in Beginner Photography