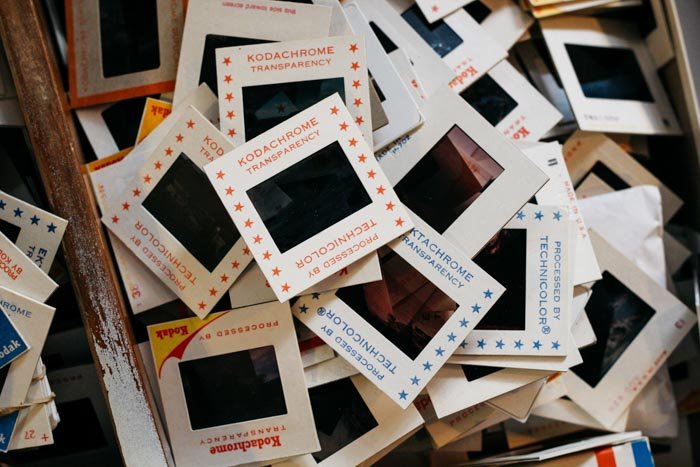 Digital cameras cost upwards of $400 for low-end DSLRs, and over $4000 for the high-end versions.
Analog cameras, of course, can cost hundreds of thousands of dollars for very rare models. Yet, they can cost as little as $50 dollars from a second-hand shop.
The thing is, you are more likely to trust a second-hand analog camera more than a second-hand digital camera
So $50 Vs. $400 means a big saving. However, you need to factor in the cost of the film, the processing cost (either at home or using a developing service), and the time and costs for scanning and printing.
Although the initial cost is lower, the overall costs can be much higher.

Batteries Are Not Included

Digital cameras are at a little disadvantage. If all electrical power ended tomorrow, digital cameras would find themselves in a pile and set on fire by angry photographers. Analogue cameras would still operate.
They require no batteries as everything happens through the magic of kinetic mechanisms.
Some analog cameras do take batteries, but they are for the internal light meters, which is not necessary at all. No more slavery to the electric power gods.

Film is the reel thing (sorry). They aren’t jpg or RAW files and they don’t sit on your computer (unless you digitize them).
Negatives are real objects that can be held in your hands. You can touch, smell and taste them if you wish…but we wouldn’t recommend it.
The problem with this is it means, even if it takes 100 years, the negatives will have a shelf life. And that is if they have received the proper treatment.
They also need storage space; more negatives means more space needed. You also need to take care of them.

A digital camera will not last forever. They have a limited amount of exposures. That’s right. A digital camera can only take a finite amount of ‘actuations’, which is just a fancy word for the shutter count. As the digital cameras are sensitive, they break down around this mark.
For the Canon 5D Mark II, this number is around 150k, which seems like a lot. But for a professional photographer shooting most days, this number is reachable within a few years.
Analog cameras are tougher and more robust. also, cheaper to fix. They also have a shutter count. But even if the number was around 10k or 20k, this would equate to around 555 rolls of film.
For one, you probably wouldn’t shoot 500 images a session using a film camera (13+ rolls of film) as you would with a digital camera. 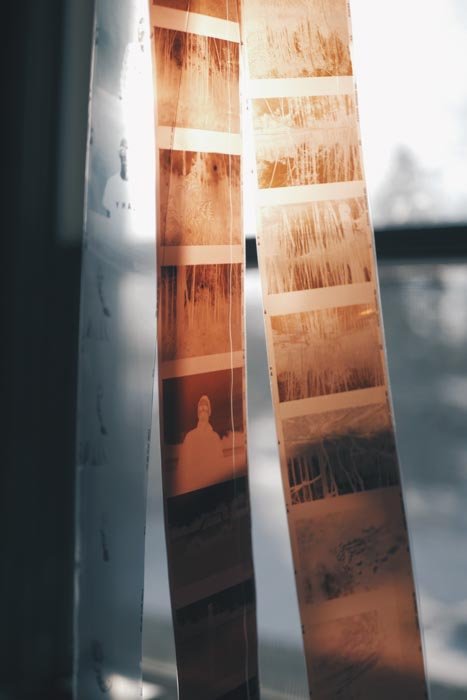 Grain is interesting and gives your images a sense of presence, style, and atmosphere. It reminds you that time and effort went into this shot, and the image doesn’t have to be exactly perfect for it to be any good.
Digital grain or ‘noise’ looks terrible and makes it seem as if something went wrong.
The grain on a negative feels natural. We don’t mind it, and even seek it for a particular style.

Talking about style, many photographers developed theirs by using film. There were many different types of film negatives, not to mention slide available.
Each had different tones, contrasts and color grades. No two films were the same. Each had their own specific look and feel.
If you don’t think people miss these, why do we have Instagram filters, apps and presets trying very hard to replicate these? Exactly.

You might not take your digital camera out in certain conditions. you understand that a wet digital camera would stop working, seriously limiting your capacity to photograph. This hinders you to only photograph on good days, and if you live in the UK, that’s well under half the year wasted.
Film cameras require no batteries, so there is nothing really to stop working. They don’t overheat or stop working from cold conditions. Well, they may, but we are talking about sub-zero temperatures you find at one of the two poles.

Filters are the most popular trend to date. Every digital editing application or software tool has them. Some even try to replicate certain films our parents photographed with. We obsess over them.
Film photography gives you these filters in the coating and treatment of the films. Your choice of film helps your style shine through. 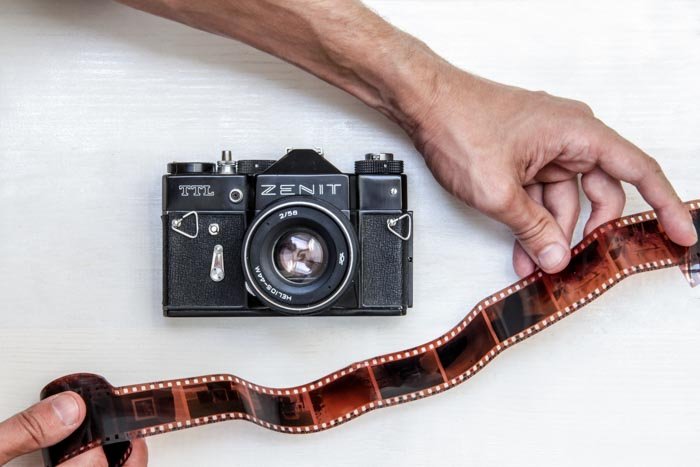 There Is No Difference

If you put a digital print next to a print made from a film negative, you wont see any difference. Even if photographed in the same location of the same object.
The photographs may differ in composition and perspective, but in terms of quality, forget about it.

Film photography offers many creative aspects, where digital recreate them digitally. the printing of a negative is as important as the actual capturing of the scene.
Here, you need to think about cropping to create your final perspective, burning or dodging areas with too much or not enough detail.
On top of that, there are a range of chemicals and papers that will give your finished print a certain look and feel. You may decide to try sepia toning, selenium toning or even a cyanotype.
Recreating these in Photoshop just isn’t the same.

Take Your Time & No More Chimping

Digital photography allows us to capture hundreds of images in a few minutes. You cant do the same with negative film photography, even if you had an electric motor add-on.
The benefit is you spend more time lining up your shot, as you know your film is more precious.
Taking hundreds of images and seeing them on the back LCD screen means you immediately look at the image. This wastes valuable time when you could be shooting.
You will miss those moments as you are too busy trying to figure out if you prefer the one with the dog, or without. 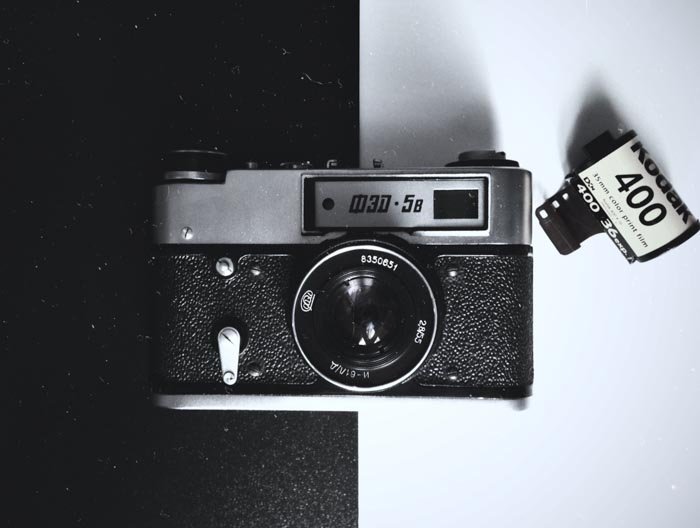 Photography is all about photographing. Owning and using a film camera means more time hitting the streets. After your roll of film is finished, you hand them to a processing lab, who can even scan them for you.
You get them back a few days later, ready to share or work on if needed.
With digital photography, you need to upload them to your desktop, then into Lightroom, then work on them before exporting them.
A very long process if you are taking hundreds of images a session.

Not a Gateway Medium

Not that many people know the difference between what camera you are photographing them with, there is a certain nostalgia with the older, analogue cameras. If people do stop you to ask, a film camera seems more legit than a digital one.
A digital camera screams instant share-ability. Everyone cringes at the idea of having their image plastered all over the internet.
Film photography needs more work in doing so, so fewer people are likely to do so.
However, if someone asks you to delete their image, using a digital camera makes it easy to do so. A film camera means ripping out your film, which cost time, energy and money.
Let alone all those images you just destroyed. You can say no of course, and they can’t legally stop you.

Film is more forgiving. Black and white negative film can be rescued up to 6 stops in either under or over exposing.
Even with most colour films, you’re still able to bring out detail two stops above and below. All without sacrificing quality.
HDR or high dynamic range imaging has been around since the daw of photography. In digital photography, you need a minimum of three images to capture what a negative can do in one.

A medium format digital camera such as the Pentax 645Z Medium Format DSLR will set you back over $6000. A film medium format camera can cost as little as $250, and as much as (insert any high number here).
Photographers still use these today as they offer more than just a larger resolution image.
A medium format negative will fall around the 400 MP mark of the digital equivalent. you can even buy digital backs for these cameras, even if they are expensive.
Polaroid backs are also possible, and some types have interchangeable backs.
This means that you can change from colour to black and white, and back again without having to finish the roll of film. 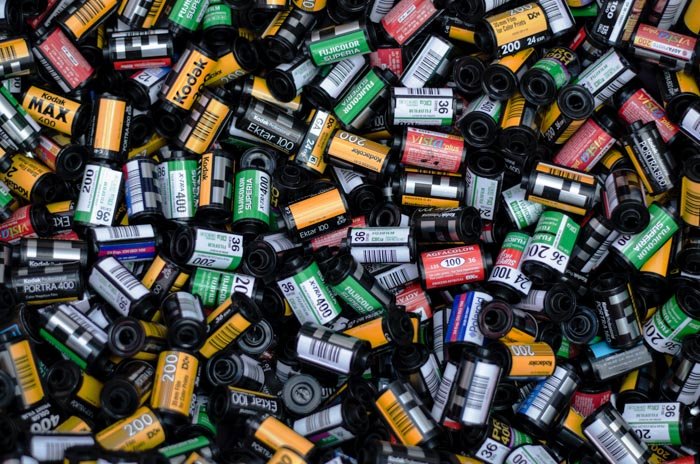 Film photography is awesome. Even though film manufacturers let their films drop like flies, there is still a big demand generally for analogue captures.
Street photography still thrives with film photography, as it is an area where you can afford to choose creativity over perfection.
Here, you can take your time. Setting up the perfect shot is sometimes more important than shooting a thousand images and hoping for the best. Other times, it is a little more difficult.
Shooting from the hip with a film camera isn’t just tricky, it’s almost impossible to get the frame and angle just right.
Film photograph has an allure which I understand. Professional photographer uses this analogue method as it slows them down enough to soak up the atmosphere.
That’s why they are street photographers in the first place.
When I traipse around the streets, I take both. Film for pleasure, and digital to make sure I don’t go home empty handed. You need guts, and you also need to trust yourself.
There is no faster way to learn than using film photography, as we should all shoot a roll or two, from time to time. 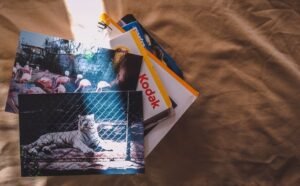 The advance of digital technology has made moving and storing photos painless and easy. You can take a picture on your camera and have it… 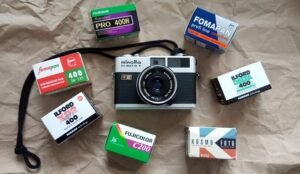 The Complete Guide to Pushing and Pulling Film

If you're venturing into film photography, you might have come across the terms pushing or pulling film. But what exactly do they mean? There's a… 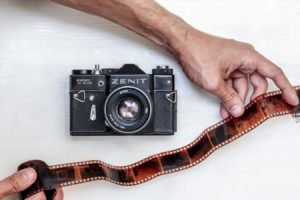 Film Photography Benefits: Why I Still Shoot on Film (and You Should Too!)

Film photography is not dead. Far from it. There are many reasons to shoot on film rather than (or in addition to) digital. I still…
See all articles in Film