The Canon EOS RP is an entry-level full frame camera. That is not something you often come across. It’s one of the first cameras to be marketed as such. This puts it in a strange place on the market.

There’s a payoff between sensor size and features. Here you pay for the sensor size, but other cameras will offer you better features. So it’s a question of whether you think the benefits of full frame are worth the loss of some features.

Read on to see our advice about this interesting full frame offering. 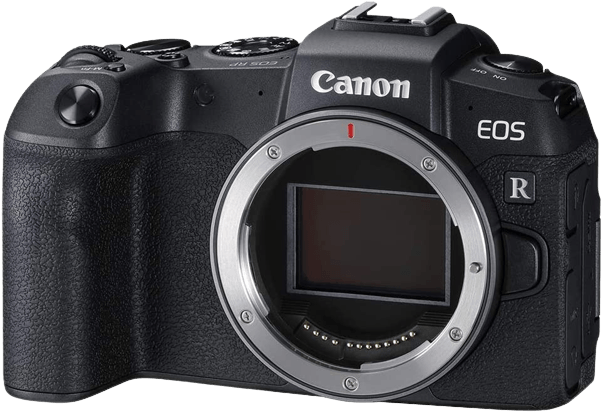 In Canon’s own words, the Canon EOS RP puts the power of full-frame mirrorless into a small, lightweight EOS R series body. It opens up exciting creative possibilities for you to elevate your photography to the next level.

The EOS RP is the world’s first entry-level full-frame camera since the film era. Its launch price (which has since further decreased) was lower than any other full-frame device’s price before it.

It presents a weird mix of entry-level features (and a lack of more advanced ones) with the added benefits of a larger sensor.

For this review, I picked up the camera with the RF 24-105mm f/4L IS USM kit lens – one of the more expensive kit options. I also tested it extensively with my own EF lenses with the provided adaptor. 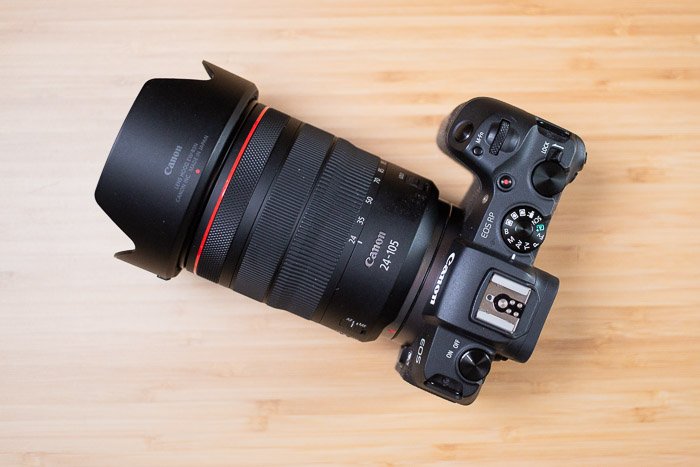 Who Is the EOS RP For?

Due to its lack of advanced features, most advantages of the RP are limited to its size and its sensor.

It’s an excellent choice for low-light photography on a budget with the right lenses. It performs well in casual, documentary, family, portrait, and travel applications. It might also act as a stepping stone into the full-frame world.

The RP is best suited for enthusiasts with longer-term plans in photography, or for experienced users as a backup camera.

Now, let’s discuss what elevates the EOS RP from the crowd, and what makes it a subpar choice in many cases.

The EOS RP is built around Canon’s full-frame mirrorless mount, the RF mount. Introduced a few years ago, this system is not yet very popular, nor very well-supplied with lenses. This is about to change thanks to the recent release of two professional camera models, the R5 and the R6.

The RF mount is currently one of the most technologically advanced. It has a short flange distance of 20mm, a diameter of 54mm (same as EF), and high-bandwidth electronic connection.

There are also a couple of excellent small primes available, the 35mm f/1.8 IS Macro and the recently announced 85mm f/2 IS Macro. These two actually make an awesome kit with RP, due to their small size but great quality.

The RF lineup also features very high-quality lens options, both zooms and primes. These, however, are quite out of range for use with the RP, in both price and size.

You can adapt Canon EF (made for DSLRs) lenses with relative ease. The EF communication protocol is natively supported by R cameras. The EF-RF adaptors are simple, pin-to-pin constructions for the most part. This means there is no loss in autofocus speed or accuracy compared to EF-mount cameras with EF lenses.

Adapting non-Canon lenses is also possible due to the short flange distance. That said, adaptors are less widely available than for Sony’s E-mount. Manual lens operation is made easier with EVF magnification and focus peaking. 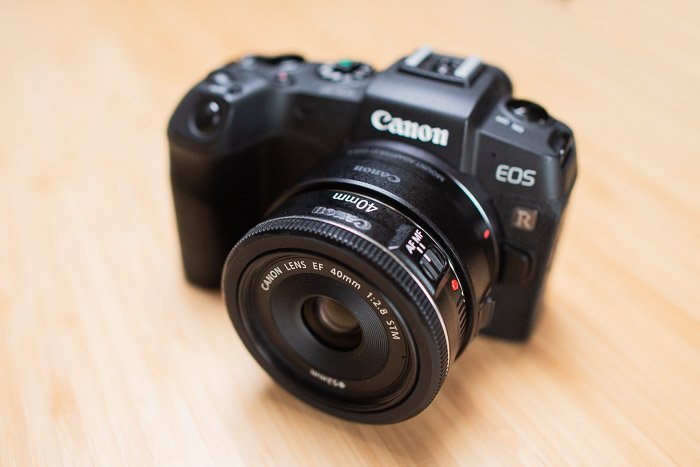 The EOS RP has a large, full-frame sensor with a resolution of 26 megapixels, which is not stabilised. It’s the same sensor as the one found in the 6D MkII DSLR. This sensor gives you excellent high-ISO capabilities due to its sheer size. In this price range, the RP performs among the best in low-light. In terms of dynamic range, the story is not so nice.

Canon has been criticised throughout much of the past decade for putting subpar sensors in their cameras. Compared to recent sensor technology from Sony, this sensor performs around 2 stops worse, which is quite a lot.  It has the same dynamic range of around 12 stops as my 5D MkIII, which is almost 8 years old. Several APS-C cameras also outperform it.

Now, this is not to say that you can’t create excellent images with this sensor. You just need to be very careful with your precision, and that raw files won’t give you multiple stops of headroom if something goes wrong. You might also find a need to make brackets more often in high-contrast situations.

Image quality out of the box is great. This has been Canon’s strong point for a while. The colours, especially skin tones, look balanced and natural by default. Noise reduction and sharpening algorithms are not overpowering. 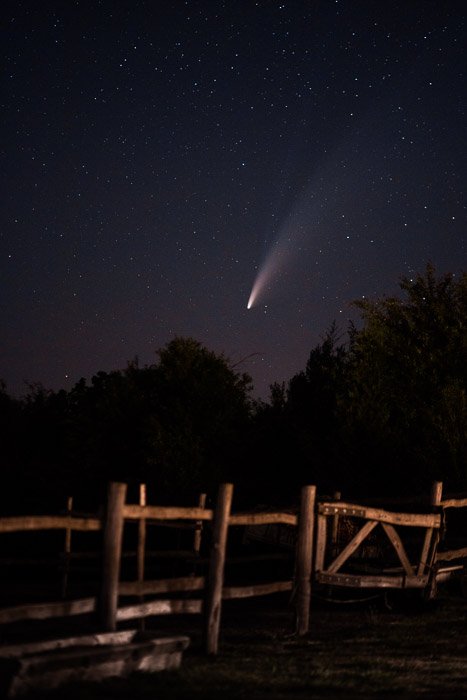 The EOS RP sports Canon’s Dual Pixel autofocus technology. This is a system based on on-sensor phase detection, supported by artificial intelligence.

For general use, it works really well. Focusing points are dense and cover almost the entire frame. Eye and face detection helps when composing with human subjects. I’ve found that the switch between picking up the face and picking up the eye occurs when the face fills at least a third of the frame.

Continuous shooting (bursting) is not a strength of the EOS RP. Limited to a framerate of 5 fps, you can’t really use this camera for fast action or sports. 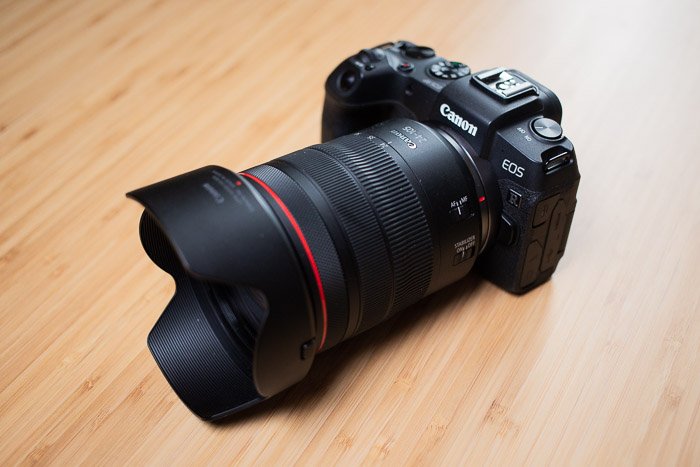 Video recording is another area where the RP lags behind. It’s capable of 4K shooting, but with many caveats: only in 24fps, with a 1.7x crop, and without autofocus. There are no 10-bit output or Log profiles. The 4K footage looks nice, but with all these limitations, the RP is basically unusable for 4K.

In FullHD, the situation is better. You get several options up to 1080/60p, with full autofocus tracking and no crop. These options, however, look fairly soft.

Surprisingly, the RP has both a microphone and a headphone port, as well as a micro-HDMI connector capable of clean output. 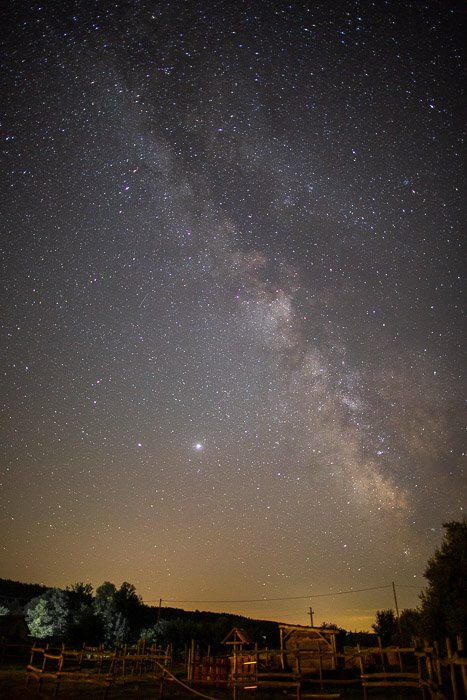 The EOS RP is one of the smallest full-frame cameras ever made. It measures 133mm x 85mm x 70 mm, and weighs 485 grams with the battery.

Its construction is decent, mostly built of magnesium alloy. The camera is weather-sealed, so it will withstand rainy, dusty, or freezing conditions.

It feels good in the hands, although only with smaller lenses. The kit lens I used with it (RF 24-105L) is about the largest for comfortable use with the RP. For use with heavier lenses, you can use third-party grips, but that defeats the purpose of having such a small camera.

In terms of controls, the EOS RP is decently supplied for entry-level standards, but it’s missing a few important buttons. I was especially staggered by the lack of a dedicated ISO button, which is included even on Canon’s cheapest DSLRs. ISO is adjustable via the M-Fn button, along with half a dozen other functions such as drive mode or white balance.

There are two control wheels, which are well placed at ergonomic locations. A mode dial and an on-off dial are located on the top as well. I have to say; the on-off switch is one of the worst I’ve used. It’s hard to turn, and nearly impossible to flick and turn the camera on. It also occupies a large area where more usable buttons or an extra dial could’ve been placed.

A flip-out touchscreen is also located on the back, and it’s excellent. Canon’s touch integration is among the best, along with Panasonic and Olympus. All functions are available through the touchscreen, including menu navigation, touch-to-focus, and picture review. Smartphone gestures, such as pinch-in zooming, also work.

The EVF looks sharp and bright. Its magnification of 0.7x is smaller than normal, but it’s still well usable.

The RP records images onto a single, UHS-I SD memory card. The card shares the same door as the battery compartment. This is not ideal, but at least the door can still be opened when a tripod plate is attached to the camera.

Speaking of the battery, its life is not long. I could squeeze out around 200 shots of one charge before it drained completely. The RP houses the same battery as the one found in the Rebel series. It was not designed for high-energy-consuming mirrorless use.

Connectivity options are extensive. I particularly liked that full camera control is available through a smartphone application. GPS geotagging is also possible through Bluetooth connection with a phone. 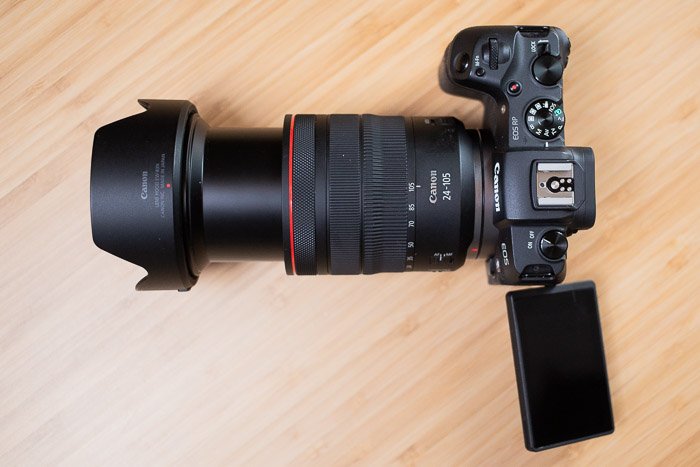 As I mentioned, the EOS RP‘s place on the market is strange. It doesn’t really compete with full-frame cameras, more so with mid-range APS-C and M4/3 ones.

There are a few comparable full-frame options, however. The Canon EOS 6D MkII is a DSLR that shares many features with the EOS RP in a larger, more durable body.

The Sony Alpha A7 II is another full-frame camera in the same league, although it’s a generation older. Its image quality and video features are better, but it lags behind in autofocus performance.

The Fujifilm X-T30, an APS-C camera stands out with its beautiful design and exceptional JPG and video quality. Read my review here.

The Canon EOS M6 MkII has a 32MP sensor, an excellent autofocusing system, and decent ergonomics in a tiny body, but has no viewfinder.

The Sony A6400 should be your choice for fast action in this category. It sports the best autofocusing system among these cameras. It also has good ergonomics, comparable to the RP. Read my review here.

The EOS RP is an excellent little camera for some purposes and a bad choice for several others. I’d rather get a more advanced crop-sensor camera, or save up a little more and get a better full-frame camera.

However, paired with the right lenses, this is a great travel and documentary camera. It’s also highly capable for portrait use, low-light photography, and even landscapes. I don’t recommend it for event photography, action, or sports.

Check out the Canon EOS RP here on Amazon.