Just like punk, film photography is not dead. Far from it. The world is becoming more and more digital, yet this makes people want to stay true to their analog tastes. Vinyl still sells more than mp3s, and cash still exists. The analog photography world is still thriving and will continue to for awhile.
What we forget is that every single part of digital bases itself on film photography. We still use the crazy numeric system for ISO, shutter speed and aperture, after all.
Photoshop and other digital editing programs base themselves on darkroom techniques for editing film photography. These are burning and dodging, either adding or stopping light from hitting the print.
Here we have 10 reasons why photographers still turn to film photography, rather than using a digital camera system. 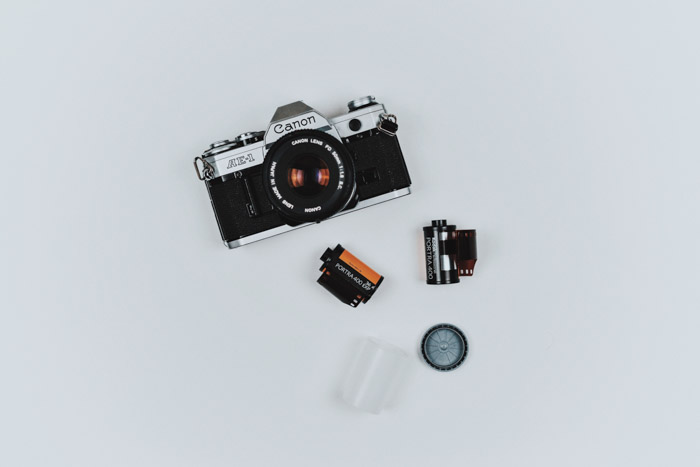 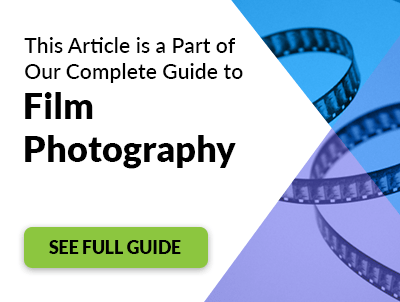 The age-old question of film vs. digital is about resolution. Just how many megapixels can you find in a film negative? Photographers from both disciplines want to know that their image is sharp and of high resolution and quality.
Digital sensors measure their resolution in the number of pixels they house. Film doesn’t use pixels, so we need to use what we call ‘angular resolution’.
Each different digital sensor gives you different resolutions, and the same goes for different film types. Looking at different film types you can find analog film ranging between 4 and 16 million pixels.
For example, the Kodachrome 64 film has an effective comparison of around 10 megapixels. Entry level DSLRs, such as the Canon EOS Rebel T7i, have a resolution of 24.2 MP. Film doesn’t quite cut it.
Analog photographers who work in areas that demand a high-resolution image, tend to use medium or large formats.
Medium format (6cm x 4.5 cm, 6cm x 6cm and 6cm x 7cm) can reach a whopping 400 megapixels! Large format (4″ x 5″) yields a much bigger resolution.
Take that, digital!
You don’t have to worry about stuck or dead pixels either! 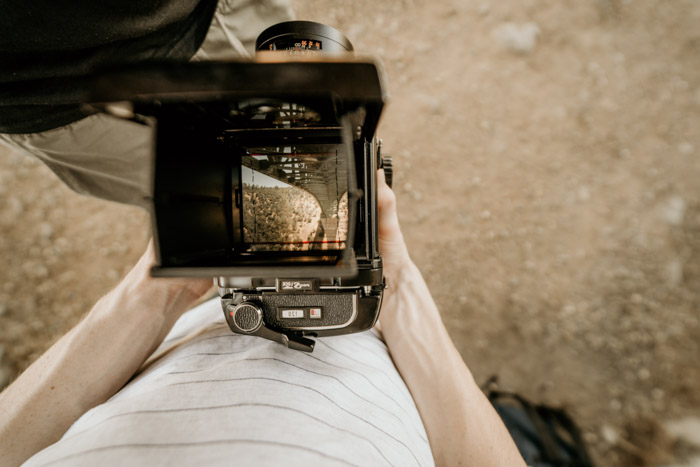 9. Digital Is Easy to Lose

In the age of digital, we are prone to losing and deleting things accidentally. I have deleted images I believed I had copies of. And once they’re gone, they’re gone.
There are ways to retrieve information, as long as you have the money to support it. Suddenly you have to choose between family images you cannot replicate and hundreds of dollars.
On top of this, storing all your images on your computer or hard drive gives hackers an opportunity. A friend of mine had her computer hacked, and lost all her images as she couldn’t pay thousands in ransom fees.
It may not even be the files themselves. If your computer or hard drive fails, say goodbye to those memories. You could drop or lose a hard drive easily, and they are attractive to thieves as they believe you may store financial information on them.
I can guarantee that if someone breaks into your house, they are not going to take your negatives. And if you drop a film canister, it will work just fine. 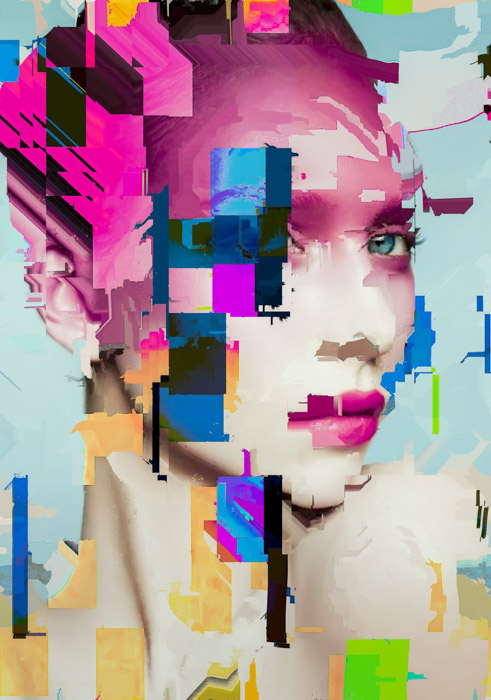 I see a lot of is copyright and ownership issues when it comes to digital photography. We are able to capture and share images in a matter of seconds. Imagine the whole world doing this all day, every day.
Social media is the forefront of this photography surge, where images are uploaded, liked (or not liked) and then forgotten about. It is very difficult to keep track of all these images, where they came from and who they belong to.
Facebook sees 300 million images uploaded daily. Instagram sees 60 million image uploads daily and Twitter around half that. That is a staggering amount of images, even if some of them are duplicates. These three are just the top platforms out of many.
Magazines, corporations and even private people have been sharing images without reimbursing the photographer. This is a problem as it is difficult to see where your image show up. Only those online are traceable.
With analog photography, the only way someone could make a copy of that negative is if they physically had it. If you are holding the negative, you can guarantee it is unique. Unless you digitise it and upload it to the world wide web. That’s a positive for the negatives! 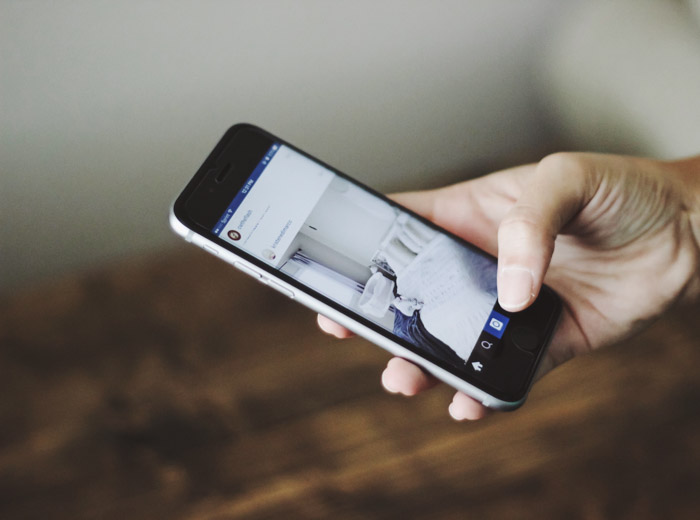 People like to think that digital photography is the be all and end all of the photographic world. It just isn’t correct. There are many professional photographers who still use film.
Digital photography, or rather sensors, suffer from what we call “Leaky Sky Syndrome”. These digital sensors cannot deal very well with bright lights, such as the sky. The glow from the sky leaks into other areas of the picture.
This gives the image a nasty, artificial appearance. This ugly digital artefact is difficult to work around. High-end DSLRs minimise this, but they’re very expensive! 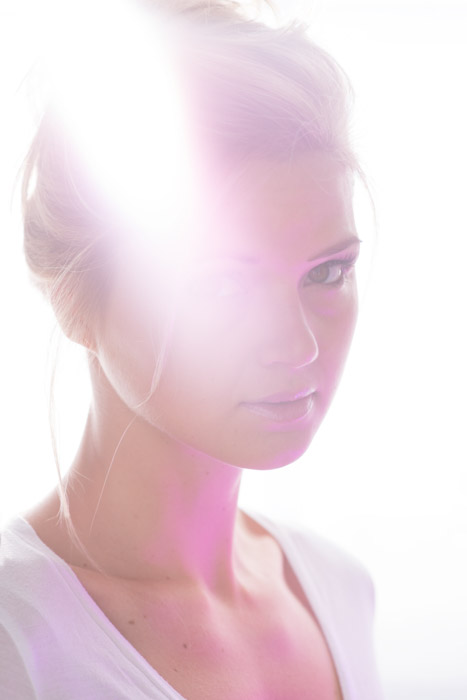 Film or analog photography created everything. We not only have large, medium and small format cameras, we also have a film to go with them. We have variations of all these sizes.
On top of this, the chemicals created allowed us to create negatives and slide film (positives). We created alternative methods such as Cyanotype, Daguerreotypes and Sepia toning. There are many things that film photography has created.
Take Polaroid, for example. This film was institutional. It was groundbreaking. Not only could you photograph a scene, but you could see it a few minutes later. All it took was a few shakes. With digital photography, you can achieve the same effect by printing the image on Polaroid film. Duh!
I can say, with confidence, that there are no songs about digital camera sensors. There are, however, many including Polaroid. Instant win! 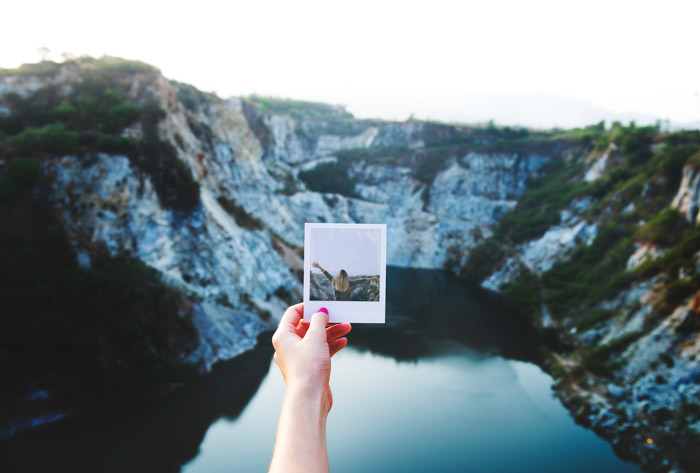 HDR or High-dynamic-range imaging has been around since the dawn of photography itself. Sorry digital photography world, you don’t own this either. It was around way before Lightroom and Photomatix started churning out horrible images with the HDR tagline.
The problem is that it takes a minimum of three bracketed images to get the same tonal range as a single film negative. Film is more forgiving. Black and white film can generally be rescued up to six stops.
Even with colour film, you can still find two stops of play, both under or overexposed. By using basic darkroom skills, you can recreate the scene much closer to what brought you to the scene in the first place. 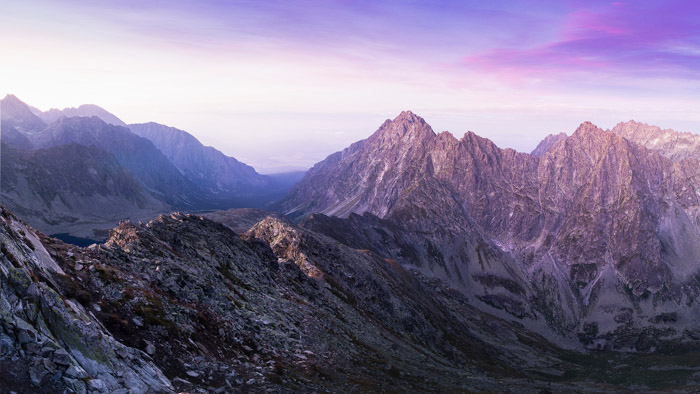 4. Film Slows You Down

Many people use a digital camera because they can see the images immediately. They can also take a hundred images, just in case the other 99 don’t work out.
A roll of film will hold either 24 or 36 exposures for a 35mm camera. For medium format, a roll of film will hold either 8, 10 or 12 exposures, depending on the size. A large format camera will take one image at a time.
A memory card of 32gb will hold 10,000+ JPEGs, or way over 1000 RAW images. The point here is that using a film camera slows you down. It makes you think about each shot, making sure you have everything thought through.
This will make you a better photographer. You will see the scenes differently and will be more cautious, forcing you to approach each scene meticulously. 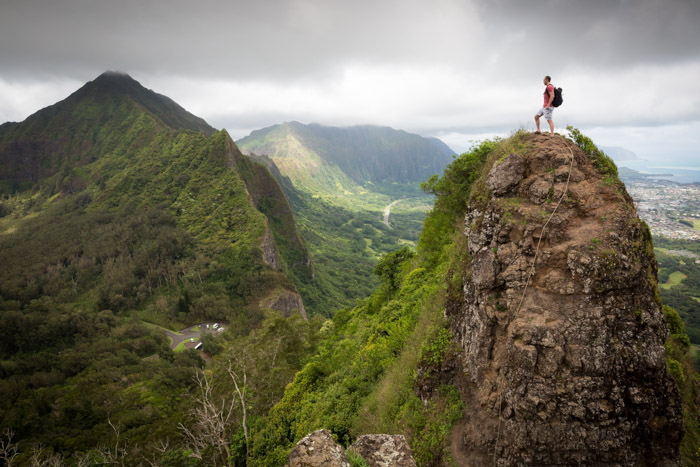 Digital photography requires a few stages. Snap a photograph, upload and import it into editing software and share online. I cant think of anything more boring. With film photography, there are many processes that need to be worked through.
Loading a film is fun, and feels like something real. Then you have 24 or 36 exposures you need to get through. If you use colour, this is where you need to hand it over to a technician or lab to process.
If you are photographing in black and white, then you can process the images yourself. Here, you need basic darkroom equipment and some chemicals. Processing the film yourself is interesting and fun.
There are different chemicals to choose from across different processing areas. They all affect your negatives in different ways, meaning you have total control. You get your hands dirty and you get to smell the chemicals. Cool
On top of this, when you have the negatives to work from, you can use them in a slew of different ways. You can digitalise them, or incorporate them into some alternative processes. The experience is real. Down with digital! 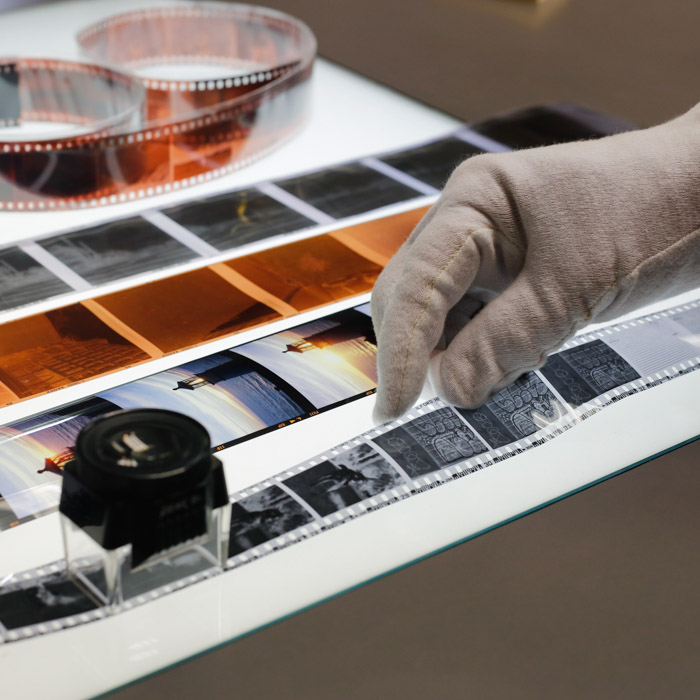 One of the biggest benefits of using film photograph is the cameras are not dependant on electricity. A few may need batteries, but they are for the in-built light metre and aren’t absolutely necessary. If you use the sunny 16 rule, you don’t need a light meter at all.
With a film camera, you don’t need to buy extra batteries, nor keep them charged. They aren’t needed. And their weight will not be missed.
Film cameras are much tougher than their digital brothers. They shake off a light shower, and will work covered in mud and dirt. They are the AK-47s of the photographic world.
On top of that, you don’t need a computer or scanner to create prints. See where I’m going with this? Analog good, digital bad. 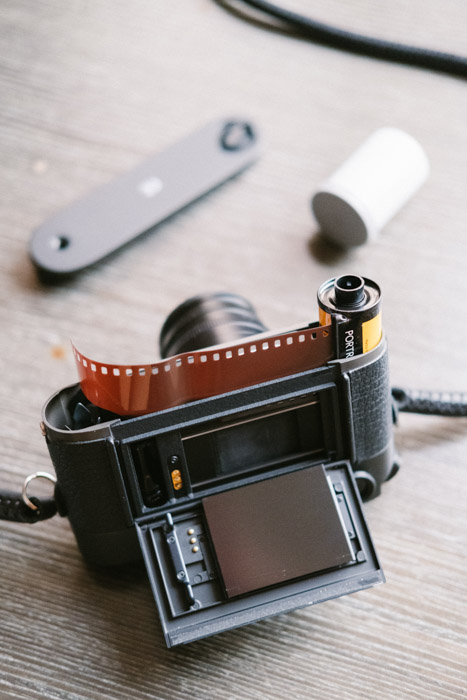 It is true, film cameras are inexpensive. Ok, not the old and super rare Leica cameras, but definitely old Canon AE1s or Nikon F4s. I picked up my Mamiya C330 for around $200 and it works like a charm. I can even change the lens.
Medium format cameras such as Hasselblads or Bronicas aren’t much cheaper than their original price. But that is because they are used in particular photographic genres as they provide excellent quality.
The digital world has a high cost up front, and then it becomes relatively cheap, if not free, after the initial cost. Here, a mirrorless system, such as the Sony AR7 III costs almost $3,000.
On top of that, you need memory cards, lenses and batteries. Other extras are optional, but a computer is necessary. Digital isn’t forever. 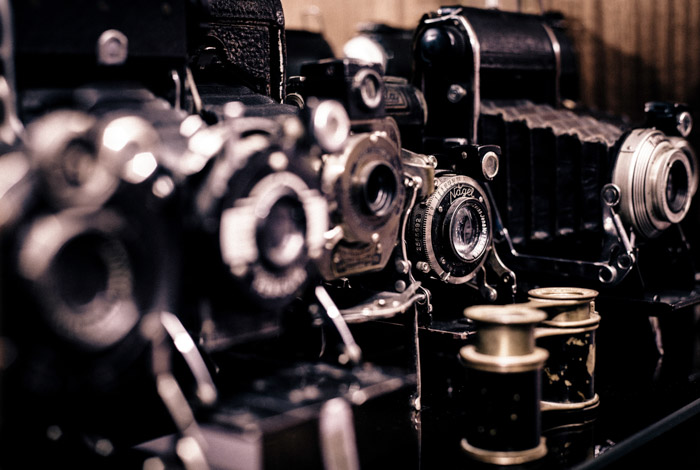 Here you have ten reasons why photographers still turn to their film cameras. This isn’t to say there aren’t many more reasons, or in fact, that analog photography doesn’t have it’s downsides.
But the analog world still offers a lot, so don’t discount it. You should try it. You may just like it.
Looking for more film photography tips? Check out our new post about the best 35mm film camera next! 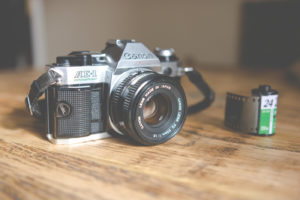 There is an age-old argument between photographers - film vs digital. Some swear by film photography and the rest only use digital cameras. There are… 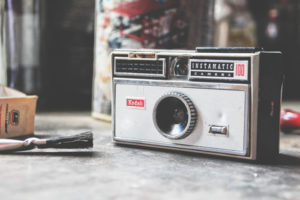 A Guide to the Different Types of Film Camera

Film cameras have existed since the late 1880s, and are still going strong. Just as LPs and Vinyl, there is a massive following of the… 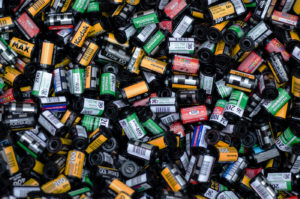 Where to Buy Film for Old Cameras

With all the digital camera talk flying around, you'd be surprised that photographers still use film. They're an endangered species, yes, but there are still…
See all articles in Film