Freedom of Panorama allows us to photograph in public spaces. Let’s look at what it means, and what it means to the photographers out there.
This article is for everyone, from the street, architecture and travel photographers to the portrait photographers.
When we think of copyright, ideas cross our mind of using other people’s images without permission. Or we might think about buying a photographer’s print, and reselling it for a much higher profit.
Rarely do we think of public exhibits. We cannot, for example, photograph a personal or private space, without (sometimes written) permission. But many of us think that public areas, such as the street, should be available to us. Wrong.

What Is Freedom of Panorama?

Freedom of Panorama is an exception to copyright law. This gives the public the right to republish pictures of artworks found in the public space. These artworks include buildings and architecture, statues, monuments and other items, such as bridges.
In many countries, it is a legal right.
The exception came about in 2001, issued by the European Copyright Directive. The ECD allows for member states to have a Freedom of Panorama clause in their copyright legislation, but does not make it mandatory.
This has stirred up controversy. Some argue for universal Freedom of Panorama. Others, wanting to preserve the original author’s income, are against it.

How Does It Affect Me?

Well, less Freedom of Panorama would mean less and less public areas as available subjects to photograph. This would affect not only what you could photograph, but also what you could sell and print without permission.
You would also have to be careful with what you capture and share, as that could be restricted.
Some countries and areas throughout the world do not have Freedom of Panorama regulations in place. Argentina, Belgium, France, Greece, Italy are just a few countries where photographing certain monuments can land you in hot water.
As an example, those who take a selfie in front of the Pyramide du Louvre in Paris cannot post it on social media. We are unsure of the implications of sharing these images, but we don’t really want to find out either.
There is very little legal literature in English on the topic of freedom of panorama. Public art is an all-encompassing area where many items fall. Who has the final say? The artist? The person or group who initiated the commissioned piece?

As one example, the family of Edvard Eriksen, sculptor of The Little Mermaid in Copenhagen (under copyright until 2034), is notoriously litigious. Newspapers have been fined thousands of Euros for unauthorised printing of photographs of his statue.

Similarly, The Atomium — the national monument of Belgium — is under copyright until 2076. André Waterkeyn’s heirs are also known for being litigious rights-holders.

We aren’t exactly sure what may happen to individual photographers, but businesses and corporations beware.

Stopping people from photographing art in a public place would be difficult. You can photograph here, but you can’t take that or that, and that neither. Would we have to crop out certain buildings in a wide angle shot of London at night?
Would the police stop you? Could a company set up reflective materials to stop flashes, like celebrities and their reflective clothing against the paparazzi?
What about the thousands of books that exist, showing these buildings? Would we recall and burn them all?
It seems to be (sort of) about the money. If you created something very special in the city limits, let’s say a monument, and you saw many people making money from sales of toy models and photographs, wouldn’t you want a piece of the pie?
Photographers also go after business and corporations when their work is used unofficially.
But where does it end? The artists have already been paid through their commission. Stopping the Freedom of Panorama would not net these artists or family a significant rise in profits.
It is hard to argue that an architect or sculptor should receive the same royalties as a musician.
Of the seven EU countries where architects and visual artists earn the highest incomes, six have full and unrestricted Freedom of Panorama.
The artist’s work will ultimately be presented in the public realm, and the creators do not make these works under false assumptions.

The problem: Nowadays the line between “commercial” and “non-commercial” has become blurry.

As of today, the Save the Freedom of Photography! #saveFoP movement has amassed a whopping 555,232 signatures, and they’ve seen some success in stopping the revisiting of the exception.

France, one of the most protective countries, took a step forward and adopted FoP for non-commercial purposes in April 2016.
In Belgium, another of the countries that did not allow for freedom of panorama, the Parliament is well on its way towards approving a full right to FoP. Luckily, a proposed amendment to restrict it to non-commercial purposes has been rejected.
Estonia already has what France just got: an exception that allows Freedom of Panorama for non-commercial use only. Now the Estonian Ministry of Justice is working on an update of their Copyright Act.
The trend would seem to be towards allowing for Freedom of Panorama, and not restricting it. 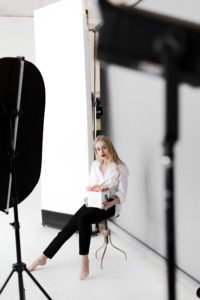 Photography Internships - How to Get One and What to Expect

What are photography internships? It's an opportunity that professional photographers offer students to gain work experience. It's also one of the best ways to fast-track… 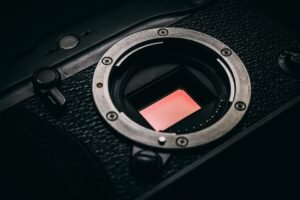 Film vs Digital Photography Debate (Which is Really Better?)

Over the last 30 years, digital camera technology has taken great strides in quality and performance. Many photographers have turned to digital cameras for both… 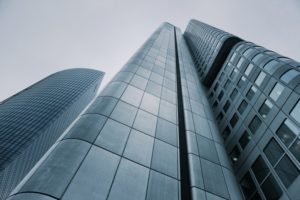 What Is Vantage Point in Photography?

Are you looking for a fresh approach for your photographic scenes? Experimenting with the vantage point is a great way to tell new stories with…
See all articles in Photography Questions