In this article I will show you how you can take portraits in a similar style to those of renowned British portrait photographer Antoniou Platon.

Platon is best known for his series of highly contrasted black and white portraits of celebrities and politicians. And while you may not be photographing anyone famous anytime soon, we’ll show you how to take some amazing high key portraits you can use in your next photo shoot.

The style we are after is a high key black and white headshot. As you can see from the image below,  the main characteristics of Platon portraits are the tight frame around the model, the high general contrast, the shadows on the model’s cheeks and the white background. 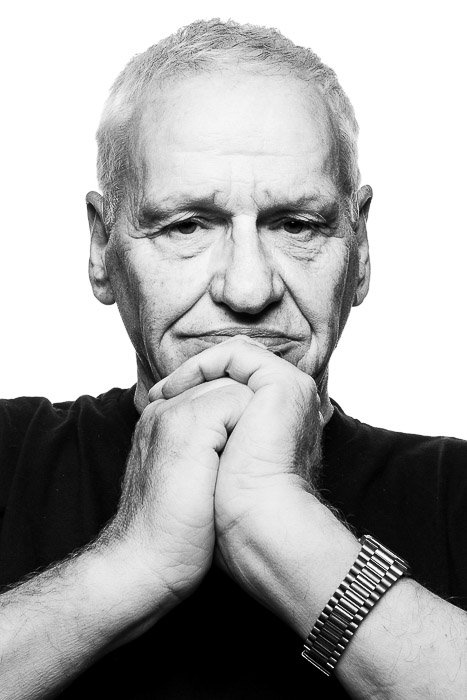 If your model has an interesting face, this is the perfect style for them. The clean and simple image you create will let the viewer concentrate on the model.
This style is quite hard and highly contrasted, so it tends to suit male models best. But photography rules meant to be broken, so you should try it with female models too. You can portray them in a different, intense and not traditional way.

If you think that in order to do portraiture you need a lot of expensive studio equipment, well…think again!
In this article, in fact, I have already discussed how you can take compelling portraits with a minimum amount of gear. And if you are new to portrait photography, here you will find an useful glossary of terms.
The image below shows you six simple styles you can create by using a single off camera flash, without light modifiers.

To recreate Platon’s style, the amount of studio equipment you need is fairly modest. Ideally, you will need a couple of flash guns, but you can do it with one if you decide to turn the background white digitally.
You will also need one or two light stands to use your flash(es) off camera and a small umbrella.

Platon uses a medium format film camera with a 135mm lens, which roughly compares with a 75mm lens on a full frame camera. But don’t let that stop you. Just use whatever camera you have. The only constraint is your creativity and the fact that you need to be able to trigger your flash guns off-camera.
Aside from the screenshots depicting Platon’s portraits, all the portraits shown in this article were taken with my Sony RX10 bridge camera with 1″ sensor, not your typical portrait camera.

The positions of the lights used for a portrait are revealed by the shadows on the model’s face and the position of the catchlights in the model’s eyes.
Usually, the tell tale shadow to look for is the one cast  by the nose. For Platon’s work, that shadow is often directly under the model’s nose. This is the result of the butterfly light, where the main light is frontal and slightly above the model.
Platon’s portraits also often have a single catchlight and deep shadows under the model’s face. Because of this, we can conclude that only one light source was used in the setup.
Using set.a.light 3D by Elixxier, I modelled the setup we just guessed by reading Platon’s image. The resulting shadows on the virtual model’s face match those in Platon’s portrait.

In the virtual setup, I used a bare flash gun. The shadows are in the correct position, but the light is quite hard and strong, with the forehead and nose too bright. An umbrella will help to soften the light.

Light Fall Off and Flags

The light fall off (how sharply the brightness decreases) is the result of both the distance of the light from the model (the shorter it is, the bigger the fall off is) and the size of the light source (the larger it is, the weaker the fall off is). An 80cm umbrella, placed very close to the model, will give you a good fall off across their face.
Because the umbrella diffuses the light in every direction, you have little control over it. You can use flags (also known as blockers) to have a more precise control over your light. Flags would absorb some of the light, thus stopping it to reach your model from particular directions.

Flags can be made out of anything: from DIY solutions such as black fabric and black cardboard, to commercial 5-in-1 reflectors and black foldable backgrounds.

In the Platon setup, flags are used to block stray light coming sideways to your model so as to darken the cheeks. You can achieve this effectively by sandwiching your model between two flags.

The closer the flags are to the model, the more visible their effect.
Finally, here is the 3D model for the Platon setup, including the background light and the flags. Please note that while this software is very useful and realistic, it should be used only as starting point. I found that the shadows shown in the rendered 3D model are often weaker than those you get in reality.

The image below shows the real set I used in a recent workshop.

How To Edit Your Portraits in the Platon Style

Here is a portrait straight from the camera. While the contrast is not as strong as in the photos we saw earlier, all the important features and basic contrast are there.

You can see the darker cheeks, the bright face, a white-ish background with no light spilled over the model’s shoulders and the butterfly shaped shadow under his nose.
Let’s now see how to begin editing this image in Adobe Lightroom.

1. Crop and Convert to Black and White

This image could benefit from a smaller crop, to make the model more imposing in the frame. Next, convert it to black and white.

The image, once converted in black and white, needs a pure white background. You can do this with an exposure brush in Lightroom. Set your exposure slider all the way to +4 and the white one to +100. Also, by selecting auto-mask, you will not spill over your model, which makes this task a breeze.
Tip: by using the highlights warning, all areas that are clipped to pure white will shows up red in the image. 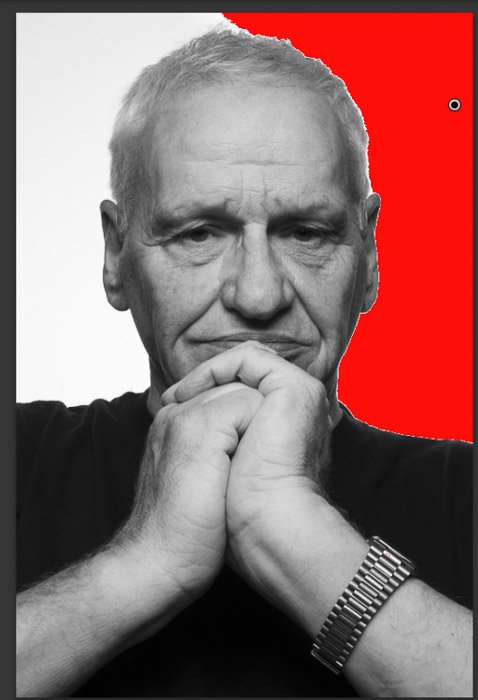 We said one key ingredient in Platon’s portrait was the light fall off. i.e., how fast brightness decreases across the image. You can see this by noticing how much brighter my model’s forearms look compared to his face. This is because they are closer to the light source.
However, this is not a flattering effect. We need to even up the brightness in the image by using a brush to darken the forearms until they match the face.
The image is quite dark now, since we used the face brightness as reference. Since the luminosity gradient across my model is now absent, we can use the general sliders in Lightroom’s Tone panel to brighten the image and to boost the contrast. If you are comfortable with curves you can use them instead.
Finally, let’s fix the eyes by dodging and sharpening them.

Here is the final image. I think it turned out quite alright.

Add Your Own Touch

There is nothing wrong with drawing inspiration from the work of other photographs. Learning new styles will help you improve your skills and knowledge.
But it’s important to add your own touch.

I am fairly new to this style and I am still exploring what works and what does not. I found that the image we just finished editing could be much stronger if framed differently.
This is when having a 20 megapixels camera pays off. You can crop your original image in many ways and still have an image with a decent resolution. 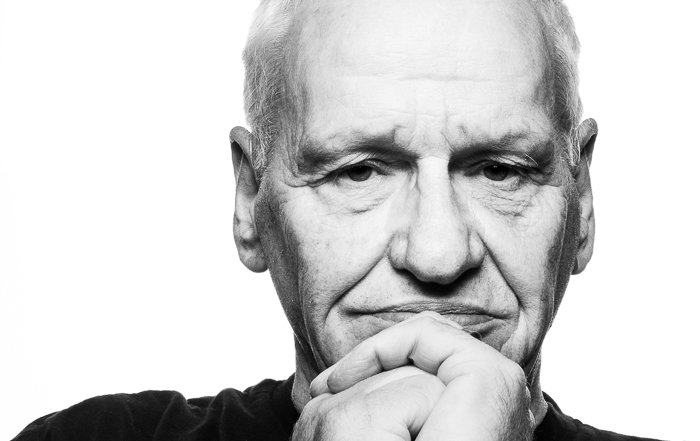 Once you understand Platon photographic style, my suggestion is to experiment with angles and subjects, to find out what you like more.
As I mentioned, I like close ups more than wider headshots. Since there is not much going on in these images, in fact, you need a strong, imposing character to hold the viewer’s attention and interest. 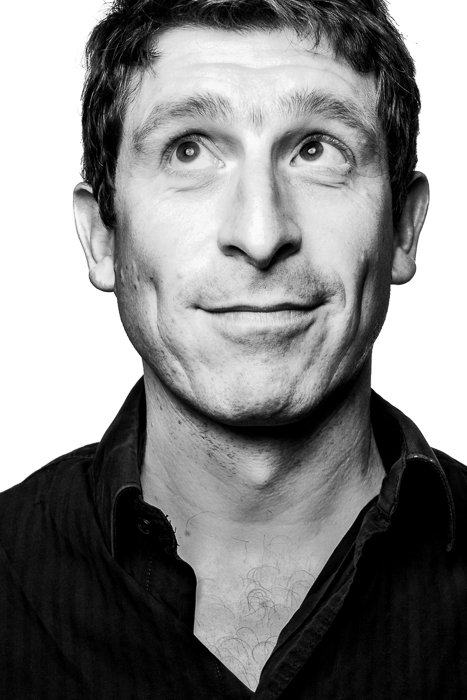 Consider that the more you close in to your model to have a tight composition, the more you will introduce distortions (big nose, etc.). To avoid this perspective effects, you should shoot from afar and use a telephoto lens (like a 200mm).

A middle ground between the close up and the wide shot, to me, loses much of the interest and strength typical of this style.
Don’t get me wrong. The image is still nice, just less strong. 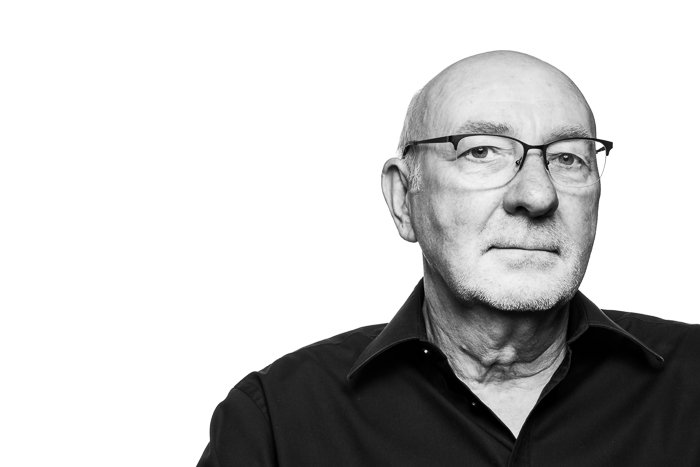 A “mezzo busto” is an interesting way to photograph your model. The trick is to get up close and personal.
A wide portrait with a low angle is the perfect way to empower your model. You can make the lens distortions work for you, like making your model’s hands more imposing. 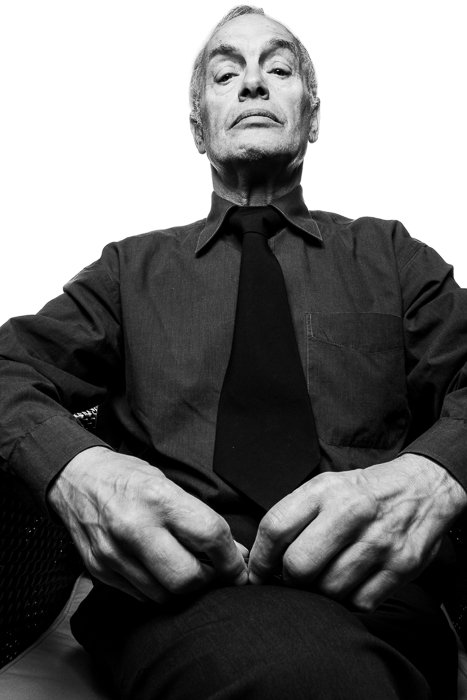 If you think you have gone wide enough, try to go wider still. You may be in for quite a surprise. 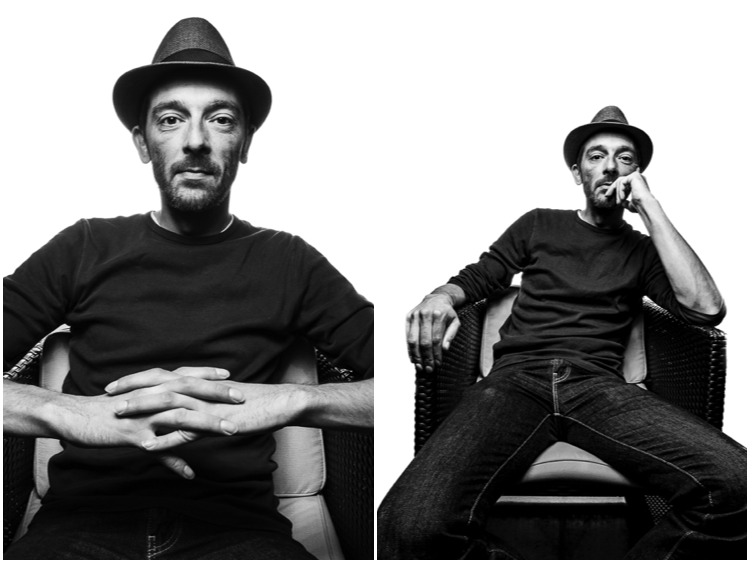 You can also introduce some props to help set the mood and further characterize your model. 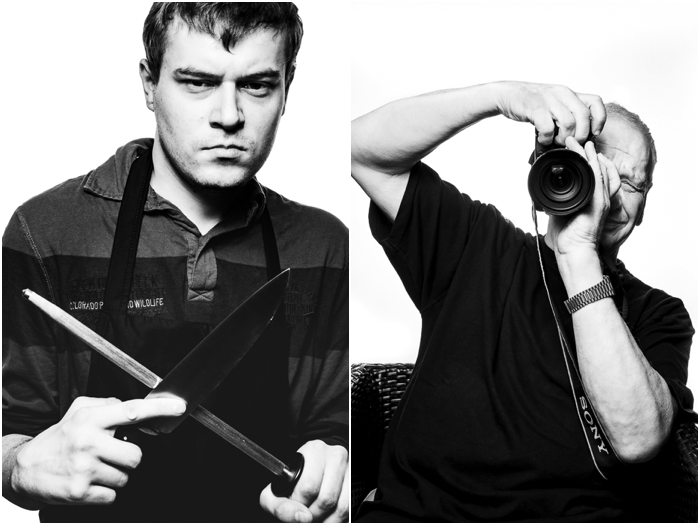 I hope this article has inspired you and that you will have a go with this style.
And if you are not a fan of black and white, who said everything must be monochrome? Have fun and try applying this style to your next colour image. 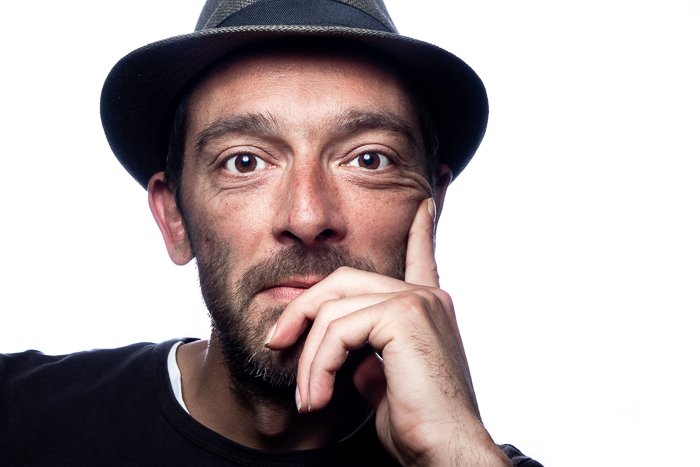 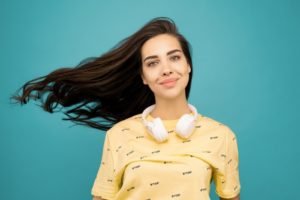 The 10 Different Types of Portrait Photography You Should Know

Portrait photography is about capturing people and their personality. But portraits often go beyond a photo of a smiling person. There are many different sub-genres… 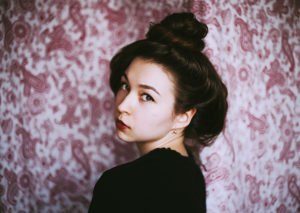 How To Make a DIY Photography Backdrop Stand

A DIY backdrop stand can let you take creative photos of people and products in the comfort of your own home. Photo backdrop stands are…

How to Use Portrait Mode for Stunning iPhone Portraits

Portrait Mode is one of the most mind-blowing features of the iPhone. With the ability to blur the background, it produces results that rival that…
See all articles in Portrait