Kirk has been absolutely meticulous in creating these gorgeous presets, which I use to process my photos in as little as three clicks.
(check the image captions to see the settings I chose)
Lets have a look at some of the photos I’ve processed with these presets…
This photo was taken at dusk, and I particularly like the way the water looks almost metallic.

Shot at a fish market in Busan, Korea, the sheer number of colours makes it a very busy photo to look at. However, when you convert it to black and white, it creates a very interesting dynamic range of tones.

Textures always look more interesting in black and white, which is why the hair in this photo compliments the tone of this photo so well.

Believe it or not, the plant that’s occupying the majority of the frame is actually yellow, but the overcast weather meant that it was very soft, which looks great in Black and White with a red filter.

Taken in Shanghai, this photo was shot from the hip, but I could never work out how I should process it.
It didn’t really work in colour, but using the Delta 3200 preset, the added grain added a very cool texture to the photo.

When I’m traveling, I do my best to get off a bus in an area I don’t know, and just start taking photos.
I came across this indoor market in Ningbo, China and I really like the contrast between the two halves of the frame, and the overall texture which is highlighted by the Pan F preset.

Found in an arcade in Tokyo, Japan…

Ms. Lauryn Hill at a concert in a Roman Amphitheatre in Pula, Croatia.
With so much colour going on at once, it can be a little overwhelming. I decided to take a step back and take a contextual photo of the photographer’s pit.

As the sun was very low in the sky (winter), it outlines the ladies on the right, and this looks awesome in black and white.

Shot with my new Olympus EM5 mk ii, I processed this without a colour filter. If I were to change the filter colour, this man’s orange jumper would have changed shades dramatically. 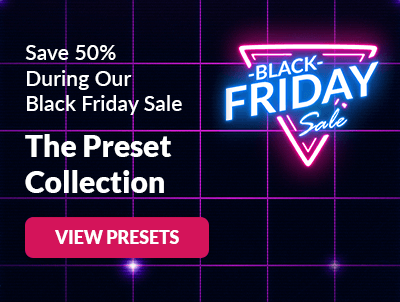 A Style That Suits You

When I’ve shot on black and white film in the past, I’ve tended to use HP5, as it’s the most readily available film.
But as it turns out, I far prefer the look of Pan F as I like my B+W photos to be quite contrasty.
The great thing about presets though is that you’re not tied to a particular film.
You can choose between all three film types, depending on what suits your photo the best.
Here’s the films you have at your disposal in this pack:

You can buy them here, and save 15% (applied at the checkout).
Have a look at the comparison I’ve made below:

Save Time, Save Money

I’ve said it before, and I’ll say it again…
The less time I can spend in front of a computer, the better.
Each of the photos you’ve seen in this post were processed in 5 clicks or less (minus and vignette adjustments).
It’s like having the power of a RAW file over a piece of film – you have total control to make it look however you want.
And lastly, lets not forget how much money you’ll save. In England, a roll of B+W film and development can easily run you £15-20 ($24-38) for 36 photos.
It doesn’t take long for the economics of these presets to make sense.
You can buy them here, and save 15% (applied at the checkout).
You should also check out our ultimate Mastin Labs review. 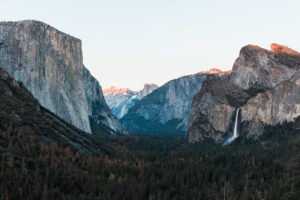 You won't find a ton of reviews for Lightroom presets or Photoshop actions on this blog. But this is my second Mastin Labs review (read…
See all articles in The Preset Collection