One of the most important pieces of equipment for any photographer is the camera flash. Those photographers who practice portrait, event or product photography will find it vital.

Read on to find out about the best camera flash units in 2021.

A camera flash is an external unit which attaches to your camera via the hot shoe. It’s a lot more powerful than a built-in flash. And it will allow you to take better quality photos.

The following are just some of the advantages a flash gun has over a built-in flash.

Canon makes a series of flash guns, often referred to as strobes. These units are exclusively for Canon cameras and could damage other camera bodies.

They have an infra-red system to communicate with each other, enabling multiple units to be triggered at the same time.

Canon’s best and most expensive camera flash is the 600EX II-RT. It’s a formidable unit, with a flash power that’s not surpassed by any other flashes in this article.

The following are some of the key advantages of this flash. The only real drawback is the expensive price tag, not surprising for Canon’s leading strobe though.

This strobe has artificial intelligence built in, which is used to judge the optimum bounce angle to light your subject.

Prior to taking the photo, the strobe will flash twice. Once at the ceiling and once at the subject. From these two flashes it will work out the optimum bounce angle for your flash.

There is also the option of going semi-automatic with this AI, so you can bounce off a side wall or a reflector dish. The positive aspect of this feature doesn’t compensate for what you’ll lose in other features though.

This flash is not usable as the master flash, and can only be used as a slave. The AI is also only available on Canon cameras built after 2014 as well.

The 430EX III is an excellent purchase for those on more of a budget, but who want a Canon speedlite. This unit has a very respectable flash strength, more than enough for the majority of situations.

It’s a great hot-shoe flash which can be used for portrait sessions or weddings. If you’re new to flash the operating system is also straight forward.

Nikon has its own range of strobes as well, and like with Canon these are brand specific. Don’t try mounting these on non-Nikon cameras, unless you feel the urge for a new camera.

The following are a couple of strobes you can buy for your Nikon dSLR.

This is currently Nikon’s best strobe, and it’s a great piece of equipment. It has great performance when set to TTL. It also runs cooler than other flashes, allowing you to take 100 simultaneous photos even with the flash set to full strength.

This unit will work as your master flash in conjunction with other flash units, and to do this you can use either IR or RF. Where this diverges from the Canon though is that for RF it only has a receiver fitted. This means you’ll need extra equipment to trigger this unit when using RF.

The following are the other features that come with this flash.

The Nikon SB-700 is very much in the same bracket as the Canon 430EX III. This strobe is the superior unit though, with a range of features not provided with the Canon device. The key one with this regard is the fact this strobe will act as a master, making the need to shell out on the more expensive SB-5000 less.

You’ll also have the advantage of greater maneuverability of the flash head itself. The only real downside is the lack of RF, which can be mitigated by buying additional external RF triggers.

A range of other equipment comes with this as well such as gels and a diffusion dome.

Sony also produces a flash which is specific for their cameras. Using this in conjunction with your dSLR or mirrorless is a great idea. The flash is designed to make the most of Sony’s operating system and design.

You’ll be able to use this on the entire Sony camera line. Depending on the model you’ll have to use a specific adapter. This is great for Sony users who can go from the more budget-friendly cameras all the way up to the alpha line.

While it’s true there are other brighter flashes, this is more than made up for in the way it’s designed to fit with Sony’s cameras. The flash, for example, is designed to exactly match the camera’s high-speed flash sync.

The camera comes with IR wireless control, it’s fully water and dust resistant. And it has a simple display screen on the back from where you can adjust the flash to your needs.

There are plenty of other flashes on the market as well, these are often aimed at multiple camera bodies. You will still need to look for a flash that has been built for your camera body.

Some will work for almost everything, for example, the Yongnuo YN560IV.

This is a very affordable flash unit that’s designed to work on any model. At $40 you really can’t get much cheaper for photographic equipment, yet you get a lot for your money as well.

You can change the strength of the flash by eight different levels from high to low, though this is a lot less control than other units typically offer.

The rotating head offers good flexibility through a fairly standard 7 to 90 degrees up and down and 0 to 180 left to right. You’ll also need to work out the control settings yourself, as the English translation on the instructions isn’t very good.

The really cheap price and simple controls make this a great choice if you’re new to flash.

The Yongnuo YN560 IV is another flash you can use with camera bodies from different manufacturers, a factor that can be useful. The price is also right at around $70 per unit, which puts this flash in the budget category.  So what are you getting for your money then?

The good is that this is a unit with a wireless trigger that can work both as a master and a slave. You can once again manually change the power of the flash, but automatic TTL is a feature that’s not included.

The recycle speed between flash bursts is good. This is a nice flash for those learning to use off-camera lighting for the first time.

A step up from the Yongnuo and the Neewar is the Hahnel modus 600RT. This is a great unit that is cheaper than its Canon and Nikon counterparts, but offers just as much if not more in features.

The first thing that really stands out is that this flash uses a lithium-ion battery, as opposed to the double A batteries other strobes tend to use. This gives you a lot more power before this battery runs out, though if you need additional batteries their not cheap.

The flashgun also comes with both IR and RF triggering as both a master and a slave. Hahnel offers deals to buy two units, giving you much more lighting flexibility.

The Metz Mecablitz 64 AF-1 is a top of the line flashgun, with an expensive price tag to go with it. Is it worth the money then? The answer is yes, and you’ll have a great pro level strobe.

Designed to be compatible with the heavy hitters like Canon, Nikon, Sony, and the micro 4/3rds market. It packs a GN 64m power rating with a range from 24-200mm, and a 14mm diffuser.

It’s got a good swivel head that goes through 180/180 and -9 to 90 degrees vertical swing. A nice extra bonus not seen on other flashes is that there is a small fill flash that can be used when you bounce the main flash off in a different direction.

To change the settings there is a nice intuitive touch screen panel on the back of the flash. As you’d expect from the price tag this works as both a slave and master, however only in IR.

A good flashgun is really important for your photography, especially if you’re a portrait or product photographer. This guide will have given you a range of options, with the brand specific flashes difficult to look past.

Those looking for something else though should look at the Hahnel Modus 600RT, this is a great flash that’s more than a match for the brand specific options.

Should you wish to wait before dropping more money, the Neewar or Yongnuo are probably the way to go. 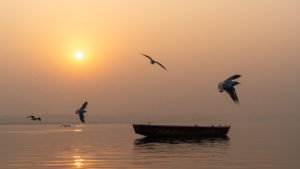 If you are into landscape photography, you might have already questioned your decision to wake up early for taking sunrise photography. These are the times… 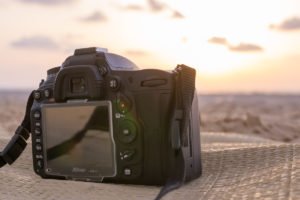 So you've bought your first DSLR camera. Are you eager to start taking DSLR photography? But don't really know what to do with your camera?… 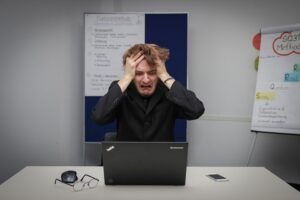 Losing your photos is heartbreaking. It gives you a feeling of panic mixed with despair. You can be as safe as you like, but accidents…
See all articles in Beginner Photography