A camera is a powerful tool in your hands, a device used to record the world around you. The scope for image making is great, and can be used to make artistically stunning photos. But there are factors to consider like the privacy and dignity of the persons you photograph. This is where travel photography ethics come in.
It’s inevitable that we turn the camera on each other, and the communities of people around us. As with many things it really comes down to respect. In this article we’ll talk about the ethics involved in travel photography, and where to draw the line.

In the 1980s there were a lot of emotive images that came out of places like Ethiopia. These images showed people who were starving, and in extreme poverty. Nobody talks about these images being poverty exploitation in a serious way though. Why is that? It’s because these images led to people understanding that there was an extreme problem, and action was required to help these people.
In other words there was a good ethical reason to take these photos. The aim was to bring awareness to their problem, and to help them.
No one can deny that there certainly should be projects that highlight the world’s problems, but you as a photographer need to be sure this is what you’re in fact doing. So when taking photos of people in poverty ask yourself these questions:

The truth is when you take any kind of photo, there is an element of self promotion about it. If your aim is to highlight the plight of some orphans in a third world country, you also want to promote yourself having done some good. Giving to other people is a known way of making yourself happy, and nobody should feel bad about doing this.
In photography the problem comes when the sole aim is to build a portfolio of work simply to promote yourself. There are several options for giving back and these are monetary, exposure of the problem so others will help, or giving the images themselves to a charity that can help.
Lastly, spending the time to build a real meaningful personal relationship could be transformative for the people you photograph. You’ll also get better photos when the person you photograph is already your friend.

Think long enough about just about anything, and before long you’ll find a reason that it has been stereotyped. Our culture is rich in part because of the strong identifiable signallers that show where we are from. There are parts of the world where what could be considered cultural stereotypes are embraced.
In Seoul, for instance, you can get free entry to the main palace, providing you wear Korean hanbok clothes when you enter. Should this initiative be praised for bringing back culture, or scorned for perpetuating a stereotype? Visitors to London often take photos of the palace guards at Buckingham palace, this is a stereotype of British people.
Culture evolves though, so the trick is to avoid only taking one stereotype and including it as the sole way of portraying a place.

Now we come to one of the most debated subjects in photography. This is whether a photographer should ask permission before taking a photo. This is almost always a judgement call, and one that can make or break your photo. Let’s take a look in more detail at the issues this brings up.

Getting a Natural Photo

The aim of many photographers is to make natural looking photos. Travelling to a new country to take photos of the people from there is of course the aim. The easiest way of achieving this is to take photos without the person knowing.
How does this sit with travel photography ethics though? Well if you decide nobody can take photos of another person without permission, you might as well end street photography for good.
So what is and isn’t acceptable?

This is where you will need some thick skin, and a bit of confidence. There will be plenty who reject you, especially if you are a complete stranger to them.
How about if you don’t speak the language where you are visiting? Well first of all perhaps just learn the simple phrase in the local language “can I take your photo?”.
Failing this, using body language and gestures can be a very powerful tool. I’ve seen this technique used many times in Asia.
Gaining permission may involve some money. This can be a divisive issue and one every photographer needs to consider very carefully.

Paying people for their photo is the subject of an entire article, there are certainly times when this is not a good idea. A trip to India several years ago showed me the potential result of always paying for your photos. Photographers would be approached and asked if they’d take a photo of said person, after which money would be demanded.
Would this dynamic have existed if the idea that photographers will always pay for photographs hadn’t been established?
Now, if you’re really keen on getting a photo, paying is a good way to ensure the person gives their permission. If the photographer’s intention is to use a photograph of another person for promotional reasons, and then chooses not to pay, then this is an example of where travel photography ethics have not been applied.
Having paid for a photo, though, the next step really needs to be getting a model release.

Getting a Model Release

It’s good practice to ask for a model release as part of the bargain when handing over cash for a photo. This protects you as a photographer from any further future usage of the image you took. You will need to have a release form in the language of the country where you’re travelling. You will also need to be sensitive to the person you’re asking to sign this form.
If the person has no permanent address asking for a model release may not be possible. This again begs the question of why you are taking photos of this particular person, and whether you should be.
A model release is not required for editorial usage of photos, and if you’re photographing to highlight the plight of a group of people as part of a project this is likely editorial.

Touched on already in the story of the in-your-face-photographer in Korea, this is certainly an important thing to factor in. This goes beyond just shoving a camera into someone’s face, though this, of course, is an example of invading personal space.
A good test of whether personal space has been invaded is whether someone has stopped what they’re doing, and they are now concentrating on you the photographer. If this happens, you have almost certainly stepped over the line of travel photography ethics.
In today’s photography world, this goes beyond physical invasion of space. Let’s look at a few examples of when you are likely crossing the line.

There are many things in life that are a judgement call, and travel photography ethics are no different. The rules you apply where you live will often be different to the place where you travel, but there are still some universals.
The first thing you will need to do is study and learn about the country you are visiting, and then apply common sense to the photos you choose to take.
Have you ever been in a position where you’ve upset someone you photographed? What did you learn from this? How do you feel about the ethics of big competitions rewarding photos that depict the inside of a person’s house? Is this encouraging the invasion of people’s space, or with education can we learn to strike the right balance?
As always, let’s hear your thoughts in the comments section. 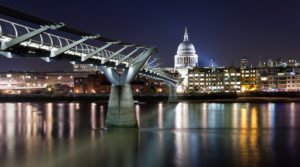 How to Sell Your Travel Photography

Capturing brilliant travel photography after hours or walking around and waiting is often rewarding enough. But imagine also getting paid for that photo. Seeing a… 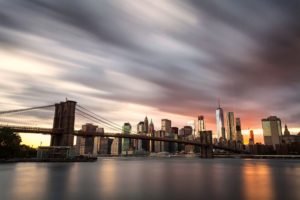 The 10 Best Places to Take Pictures in NYC

The Big Apple is an amazing place to take photos. There's so many places to take pictures in NYC though that you might feel overwhelmed.… 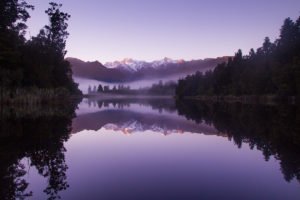 Keen to create your best New Zealand landscape photo? Every time I take my camera out to photograph landscapes, I realise how lucky I am…
See all articles in Travel Photography