If you’re looking for a fun and easy camera to throw into your purse, the Canon Powershot SX740 HS is definitely worth a shot. No pun intended.
Point-and-shoot cameras are much simpler to operate and more compact than DSLRs. Point and shoots, especially modern ones, are convenient and nifty little things.
The Canon Powershot SX740 HS would also make an excellent gift for the traveler in your family this holiday season. They’ll carry it everywhere with them. 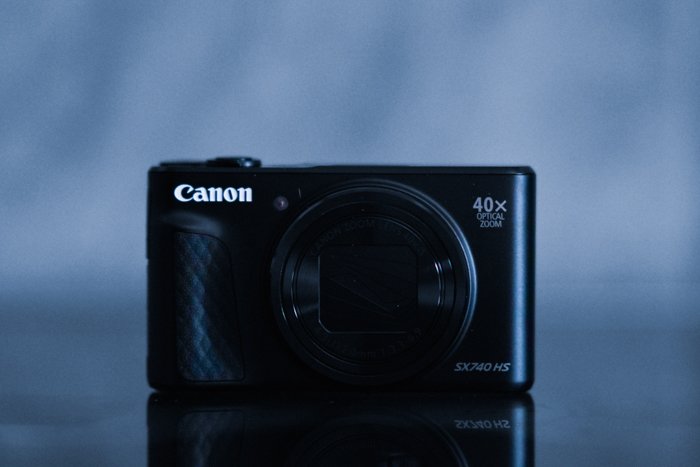 What Is a Point and Shoot Camera?

Point and shoot cameras are the most common cameras in the world, used by everyday families and individuals. These cameras have a built-in lens, autofocus, and a built-in flash component.
They’re popular because of their user-friendly, compact size. The built-in lenses are usually focus-free, having stationary apertures. Models with a flash also have no control over the flash exposure due to the fixed aperture size.
Some newer models do give the user some control over aperture and exposure.
Advantages of point and shoot cameras:

According to Canon’s website, these are the fancy specifications of the Powershot SX740 HS- proving that technology has become very impressive in small sizes!
The main selling feature of this nifty little camera is its zooming ability and the relevant functions. Wherever you stand, you’ll be able to capture close-up detail. 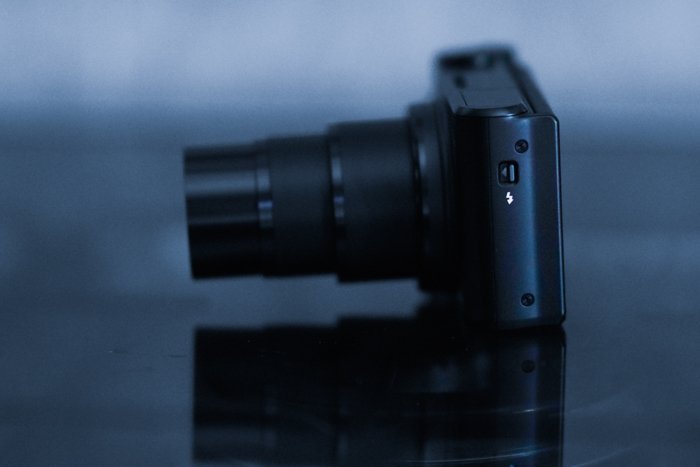 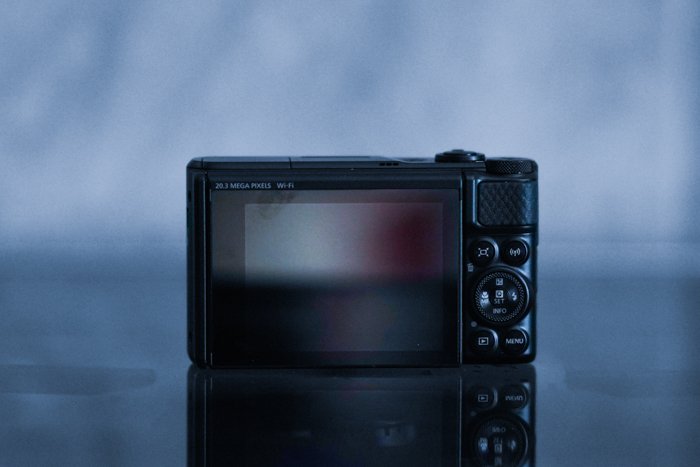 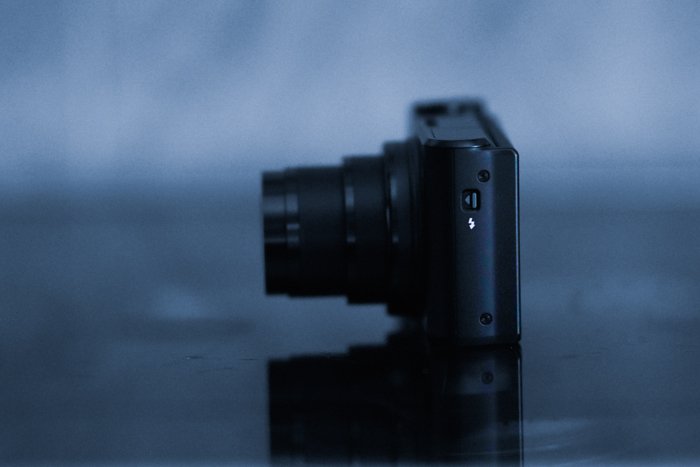 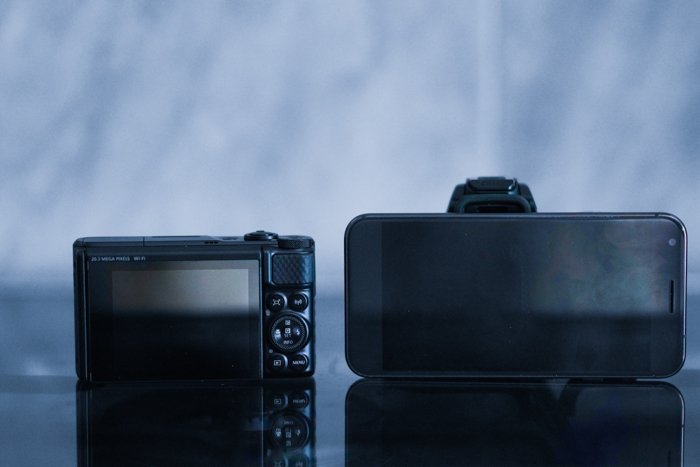 This camera is a very convenient size, approximately 4.33 x 2.51 x 1.57 in and weighing around 9.7 oz.
The build feels very solid and durable. You definitely don’t need to be afraid about throwing this pocket-sized machine into your bag or pocket!
The zooming of the built-in the lens in and out is quite a fluid movement and a very good speed.
Like many of Canon’s products, the top of the Canon PowerShot SX740 HS is home to the shutter release, which is surrounded by the zoom switch. There’s also a video record button and an on/off switch.
A dedicated shooting mode dial is also located on top. This features your usual arsenal of modes (semi automatic and manual modes).
Something interesting is the camera’s Hybrid Auto mode. A 2-second video before each shot is taken and the camera then compiles them together at the end of each calendar day. 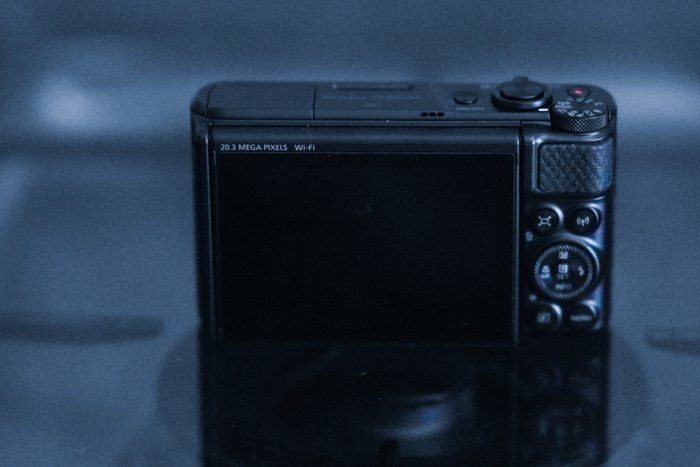 Since Canon has always been very big on easy use and accessibility, the physical build reflects this philosophy. On the back of the Canon PowerShot SX740 HS, the buttons are grouped to the right hand side. This is great if you’re using the camera one handed.
The traditional scrolling dial is also included, which has a large amount of uses depending on what menu you are in.
For social media enthusiasts, the camera makes taking amazing quality selfies a breeze thanks to its tilting LCD screen. The camera’s selfie mode also has an option that allows you to change the background blur. You can even adjust the amount of skin smoothing you want to apply to your image.
All in all, this camera is very comfortable to hold and use.

How Easy Is It to Use

I’ll preface with the fact that I am not used to point and shoot cameras anymore. I’ve been working as a professional photographer for going on ten years now. I haven’t held a point and shoot since the age of 13.
As such, I am coming at this entirely from the perspective of ‘I have no idea how to use this thing’. One thing I’ll say is that for someone used to DSLRs, I needed to let go of my incessant desire to control every aspect of the photo-taking process. This is not something available in point and shoots. 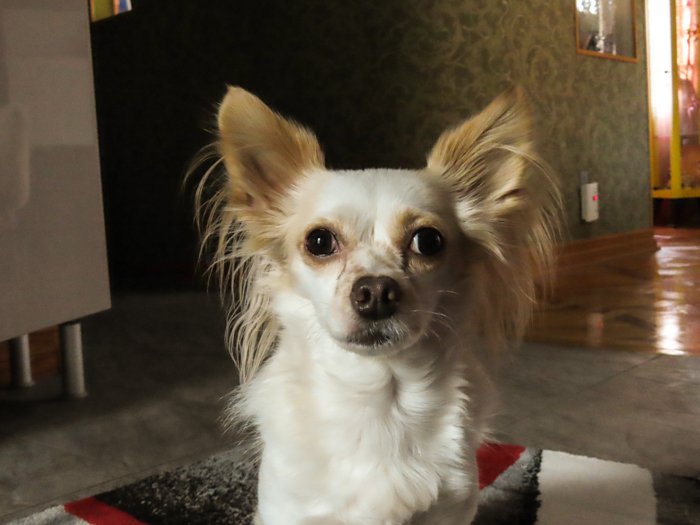 I tried the camera’s various settings, and genuinely had fun with them all. I’d say the camera’s ease of use is quite strong. This little machine really is ready directly out of the package (just charge the battery!).
The buttons really are conveniently placed, and I got used to them within about three to five minutes of use.

Here are several of the Canon Powershot SX740 HS modes that I believe most users will gravitate towards. 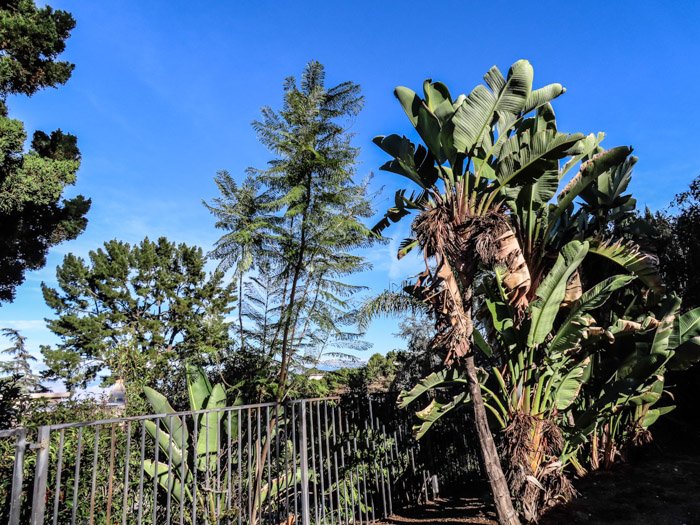 As a photographer who lives entirely on manual for her pro-level cameras, I have gotten used to the idea that automatic is unreliable and can even stifle the creative process.
I feel like this mindset is quite common in the photography world. We all unintentionally (or maybe even intentionally) fall into the notion that anything automatic is bad, or a nuisance.
But this is a camera to have fun with. No restrictions. No borders. No ‘judgement’ from the pros. A point and shoot camera is a grab and go device to take with when you’re embarking on a tedious hike. 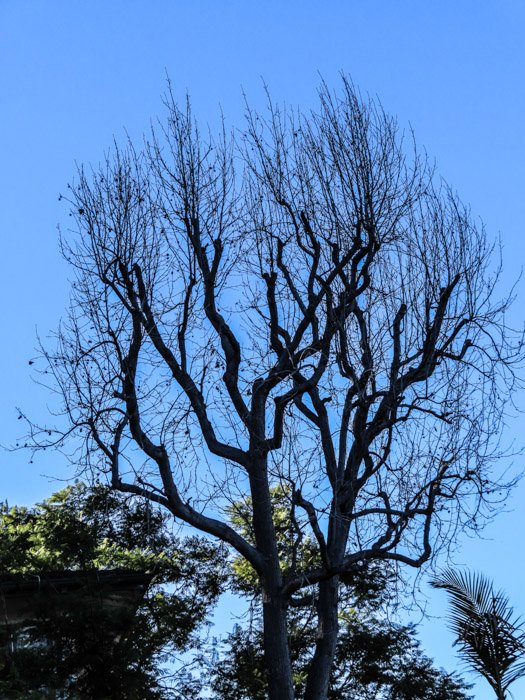 I dove right in to its automatic mode to see what this camera can do. Lo and behold, I was very pleasantly surprised!
The exposure levels in its automatic function were actually very accurate and pleasing, changing quite swiftly as the lighting outside changed. For example, a cloud moving across the sun and making the frame dark.
I had no gripes with the decisions that the camera was making on my behalf in order to achieve a well-exposed image. Maybe an automatic mode isn’t so bad after all.
I can definitely see a very significant benefit to setting this camera on auto and capturing a once-in-a-lifetime shot while the DSLR user on manual misses the moment due to fumbling with the settings.
Just some food for thought. 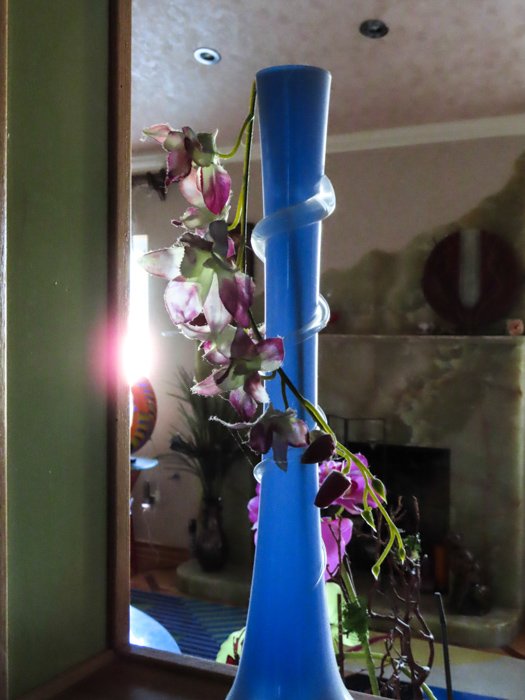 Now this is a really nifty setting for social media mavens. The selfie mode in this camera comes with some built-in features intended to be flattering for skin that can be controlled via dials and menu settings.
By flipping the camera up above the body, you can take some snazzy selfies for all of your Instagram and Facebook needs. And the camera will automatically find your face. Pretty neat right?
I tested this feature via two different methods that I believe someone will likely be using. The first being handheld, and the second being placing the camera down on a surface and using it hands free.
I did find that the camera was sharper when I was holding it hand-held versus hands free, but both did the trick just fine. Both utilized diffused window light. 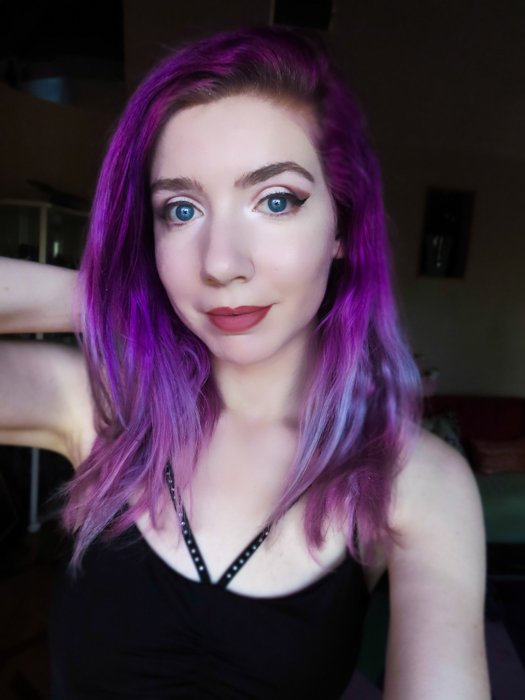 I did find it interesting what the camera did to my hair color. I have a multicolored purple blend on my head (strategically aiding clients to find me for on-location jobs) and each shot brought out a different set of colors. 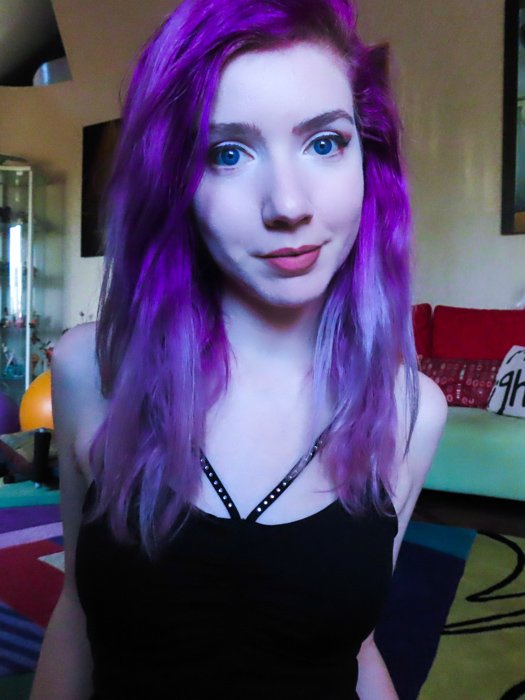 My beloved manual mode, oh how I have missed you! This camera allows you to control many aspects of its picture-taking processing, but only up to a point.
That’s understandable given this camera’s general use. However, I still had the ability to let my control freak fly and that was a much appreciated feature. 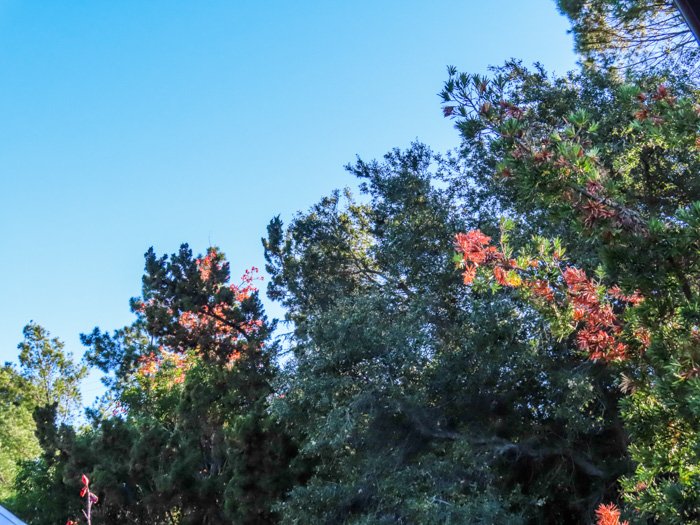 The biggest trend sweeping the photography market (and has been sweeping the market for many years) is shallow depth of field. The creamy bokehs and lovely circular blends tend to attract a very large amount of picture enthusiasts.
The macro mode in the Canon Powershot XS740 HS allows you to play with shallow depths of field, despite the lens built into the camera only going down to an aperture of f/4.0.
I found the depth of field very smooth. 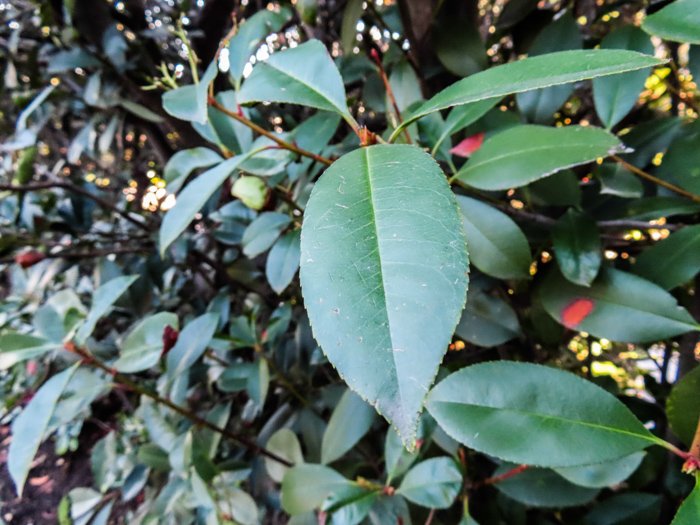 When it comes down to autofocus, sharpness, and image clarity, I believe this really is a matter of perspective at times. It depends on what exactly you’re comparing this camera’s abilities to.
Will it ever rival or surpass that of a professional grade $10,000 DSLR camera? No.
Does it outshine the competitors in its market? Yes. 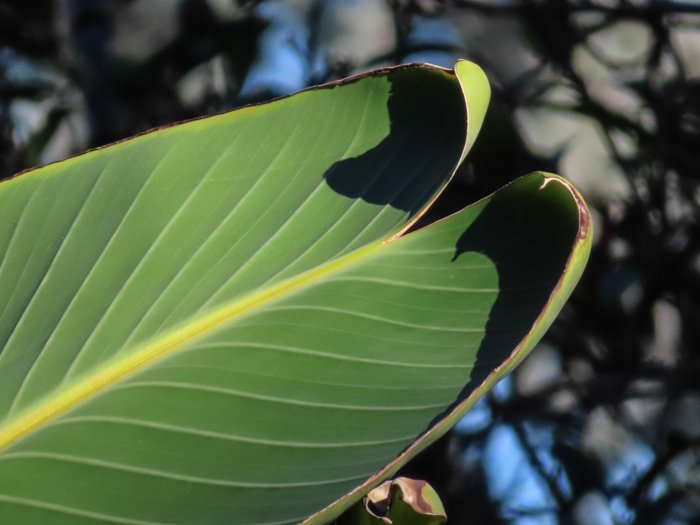 The focus was easy to achieve, and the camera was able to accurately pinpoint what I wanted to photograph.
There were several moments where it did get a bit confused, but those are understandable situations. There was little to no contrast between subjects and the light was a bit on the dim side. A fairly unlikely scenario for the average user. 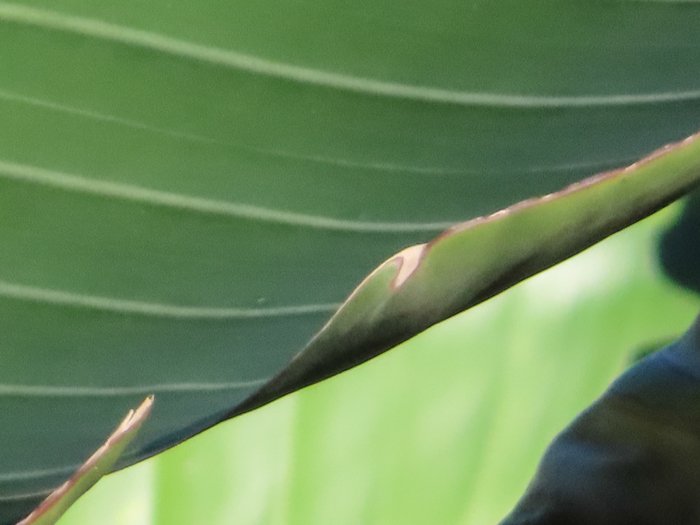 The camera is quite sharp, even up to its 40x zoom. However, as is expected when using built-in extenders or magnification, zooming in beyond the 40x leads to fuzzier images.
This camera will rival that of any cell phone and many other point and shoots on the market. 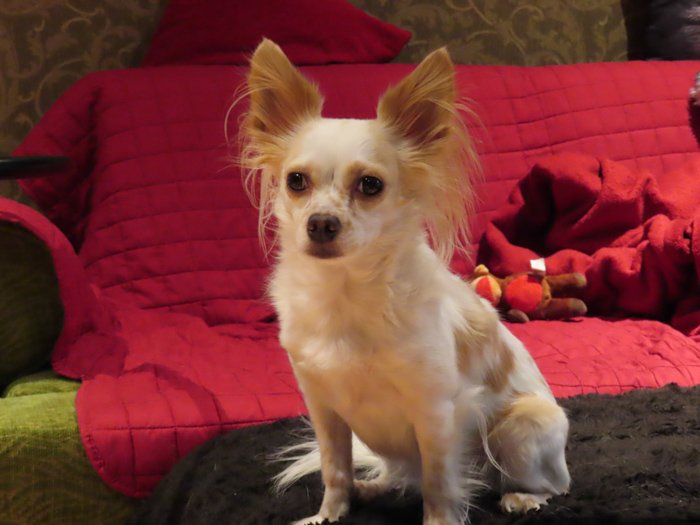 The feature that pleasantly surprised me the most about this compact camera was its low light capability. Using built-in photo editing software, it was able to handle back lighting, noise removal in very dark settings, and even shoot under traditional fluorescent or at-home lighting.
The camera was able to very easily find my dog in the photograph above and maintain sharpness despite the shot being taken in the evening with only one house light on.
I believe that users will find the low light capability of the Powershot SX740 a reason alone to purchase this camera. It is very advanced for such a small grab and go piece of equipment. 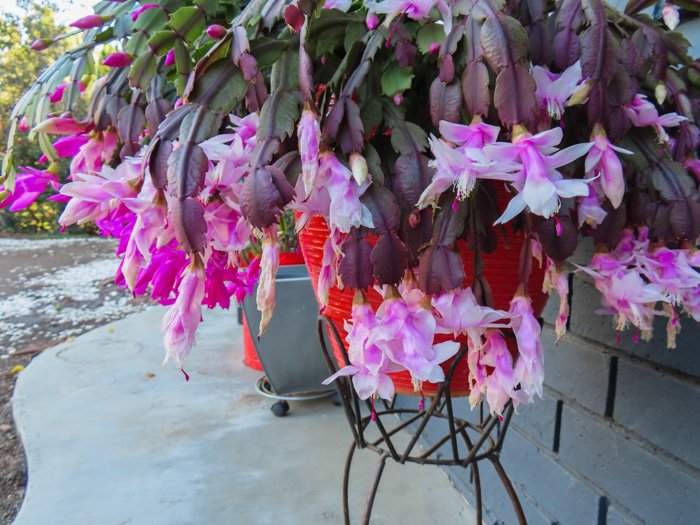 The battery life on this nifty little camera impressed me tremendously. I was able to use it all day with little concern over needing to break to charge!
My use was inconsistent, as I was constantly turning it on and off (which can actually drain the battery more). It still lasted a very significant amount of time.
I still haven’t needed to charge it and we are going on day two. Great for the wanderers, adventurers, and travelers (or a very long family get together which can be an adventure in and of itself!). 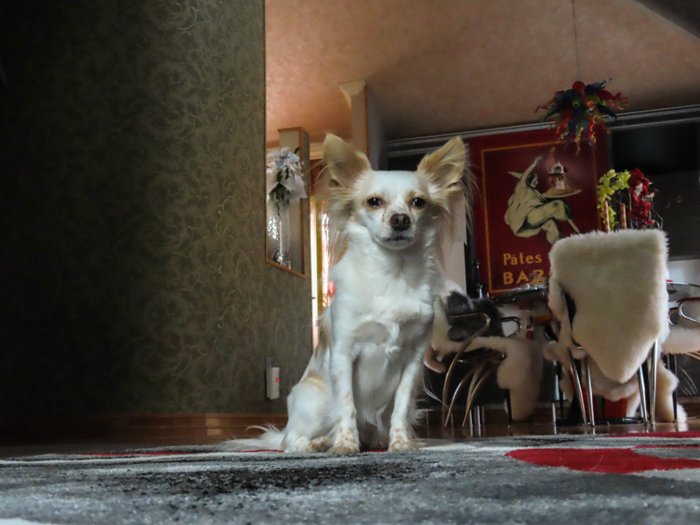 The Canon Powershot SX740 is an excellent entry-level camera for hobbyist, layman, and traveling photographers alike. Wherever you are, you will get that perfect shot!
From its variety of features to its portable size and ease-of-use, unraveling this camera under the Christmas tree would excite any picture-taker!
Looking for more great tips? Check out our new post on how to test your camera for autofocus issues, or using hyperfocal distance for sharper photos!

In the world of ever-developing smartphone photography, entry-level cameras are facing new challenges. Firstly, they have to provide image quality that persuades users to pick…
See all articles in Global