This article looks at how to understand and use symbolism in photography… Symbolism depicts more than meets the eye. And our associations with symbols shape the way we perceive visual experiences. This makes symbolism a powerful tool for photographers. 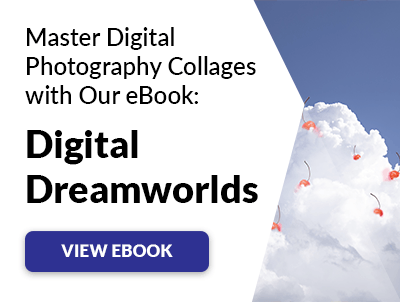 Because of its many uses in literature and art, the term symbolism can have all sorts of meanings. In basic terms, symbolism refers to using visual cues to express a concept. For example, we associate a heart symbol with love. But a crow is often a symbol of death.

A Brief History of Symbolism in Visual Arts

Symbolism developed alongside the origins of visual arts itself. So the first step to understanding symbolism in photography? We need to investigate the history and origins of symbols in fine art.

Ancient Symbolism in Works of Art

An early concept is that a marking expresses many possible meanings. We see this in art dating back millennia.

The Mayans adopted the jaguar as a symbol of ferocity, strength, courage, and foresight. They carved the likenesses of the big cat into temple walls and stelae.

The scarab beetle featured prominently in Egyptian art to symbolize transformation and resurrection. An Aquila, or eagle with outstretched wings, embodied the span and might of the Roman empire.

Ancient Chinese artists marked wealth with the depiction of a deer. And they adopted fish as a symbol of fertility and resilience.

Symbolism in Medieval and Renaissance art

Medieval times were an age when very few were literate. So medieval art movements relied on conveying deeper meaning through symbols. These symbols drew from religion, myth, nature, and society.

So symbols such as the dove, the cross, and the halo were prominent in Byzantine art.

During the Renaissance period, artists used a type of symbolism. They used it to assign human values to mythological figures. We can see this in Botticelli’s The Birth of Venus, pictured above and below.

Venus herself represents love and beauty. The large scallop shell at Venus’s feet is representative of birth and fertility. Roses blown gently across the shore illustrate love.

Symbolism in Other Modern Art Movements

Salvador Dali cultivated narratives that appealed to visual cues established in art history. He also invented new symbols like the melting clock in The Persistence of Memory.

Frida Kahlo incorporated symbols into her artworks to describe larger ideas and experiences. And Pablo Picasso used symbolism to stress the dimensionality of his cubist subjects.

Symbolism and the History of Photos

Early photographers weren’t blind to the historical impact of symbolism in visual arts. Symbols conveyed through traditional methods were soon translated into photographic images. So many early portraits depicted subjects with books to signify intelligence.

As photography developed, many photographs also became symbols in themselves.

Alfred Eisenstaedt’s photo of in Times Square is an iconic symbol. It’s an American sailor kissing a woman. And it represented the V-day celebration at the end of World War II.

And the 1989 photo of a lone Chinese protester in Tiananmen Square is famous. The person stepping in front of the People’s Liberation Army tank became a symbol. It depicted defiance in the face of oppression.

Photography and symbolism have evolved together over time. That’s because the ways of viewing and generating imagery have changed.

Consider photographers like Annie Leibovitz, Gregory Crewdson, and Steve McCurry. They have created unique approaches to photos. These resonate as symbolic of a period in visual history.

The use of symbology within contemporary photos is pronounced too. Both old and new symbols continue to expand our visual culture.

And Honey and Prue use the landscape to symbolize concepts and metaphors.

Many shared symbols continue to inform our comprehension of art today.

Color affects our mood and our impressions. As a symbol, color represents emotional and physical experiences.

Red has a palpable weight. It holds universal associations with heat, fire, and blood. These make red the color of physicality and human experience.

Yellow is often linked with the sun and warmer seasons. Signaling the end of winter, yellow promotes joy and lightheartedness.

Pink evokes impressions of innocence and compassion. The buoyant color is sometimes associated with femininity.

Green represents growth and nature, putting the eye at rest.

Purple is often tied to luxury or royalty, wisdom, and magic.

As a mix of yellow and red, orange delineates warmth and enjoyment.

We associate blue with water but also with beauty and sorrow.

We can pair black and white with each other. Together they can symbolize age, nostalgia, and the separation of creative realities.

Floriography reflects the meanings ascribed to flowers for thousands of years.

Perhaps the most prominent example of floriography lies with the rose. Red roses symbolize romantic love.

The small aromatic flowers of the lavender bush have become a symbol. They represent purity, healing, and calm.

Lilies are the flower most associated with mourning. They can signal the emotional state of a subject.

Fruit and vegetables are other visual cues. Artists have used them throughout art history. Like flowers, still lifes made up of fruits or vegetables signal the passage of time.

The apple appears in Christian religious art and popular culture. It signifies the sins of the biblical Adam and Eve. So the apple has come to be a symbol of sensual pleasure.

Due to their sour taste, lemons often symbolize resentment or conflict.

People see the peach as a symbol of virtue.

Throughout the history of visual arts, pears have become a symbol of marital faith.

Many cultures have used garlic for spiritual protection.

We associate pumpkins with Halloween and seasonal change. The distinctive vegetable represents protection, warmth, and well-being.

We have been animals in ancient cave paintings and Leonardo da Vinci’s famous Lady with an Ermine. They have had a continuous presence in symbology and visual art.

We view cats as figures of liberty, intelligence, and grace. They come in all sizes and are an enduring symbol in artistic history.

We celebrate the companionship, loyalty, and intelligence of canines. We have seen their likenesses immortalized in portraiture for centuries.

Horses have had a significant historical presence in art. We use them to elevate figures of importance and add movement to an image. Depending on their color, horses can reflect different themes. These include victory, aristocracy, virtue, death, war, and intrigue.

Some may associate rats and mice with destruction and disease. But rodents are also known for their intelligent and industrious natures.

We associate birds, in general, with freedom of spirit.

Photographers incorporate familiar and specific objects into a photo. It establishes a wordless dialogue between a viewer and an artwork.

Clocks signify the passage of time. They remind us that time is a limited resource.

Dated objects are another reminder of the progression of time. We include vintage fashion and items like typewriters, old cameras, or cars. They can evoke a sense of nostalgia.

Instruments add an audible dimension to an image.

A mirror can stand for truth or vanity.

A self-portrait in a mirror can symbolize self-reflection.

How to Use Symbolism in Photography

We can control the delivery of a symbolic subject. We do this by using placement, repetition, lines, color, and depth of field.

The placement of a symbol conveys the visual weight of a subject. A symbol in the center of an image emphasizes the symbol as the subject itself. An off-center symbol or a symbol in the background of an image is more subtle. It soaks up atmosphere and context.

The repetition of symbolic subjects expresses a pattern of behavior. A strong, singular symbol holds weight as an established subject. A repeated symbol emphasizes a message with each repetition.

Line plays an important role in drawing attention to symbols in a photo. A curved line is more organic and pairs with natural symbols. Sharp lines are inorganic and bold. They deliver the viewer’s eye straight to a symbol with urgency and efficiency.

Like lines, the human eye tends to seek out colors. A bold pallet leads the viewer’s eye straight to a symbol. A symbol made up of muted colors will merge with the rest of the image, cultivating a slower viewing pace.

A sharp symbol within a focused environment speaks to the entirety of the photo. We can also nest symbols within a softly focused background or foreground. This creates a sense of intimacy.

The symbols and techniques listed in this article are by no means exhaustive. But they should give you a good idea of using symbolism in photography.

Symbology represents something more than the physical resemblance of a particular subject. We appeal to impressions drawn from experience and visual culture. And symbology conveys imagery layered with meaning and narrative. 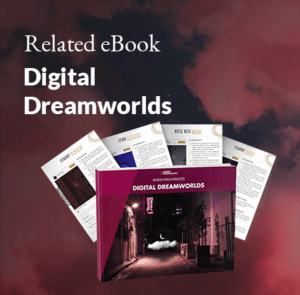 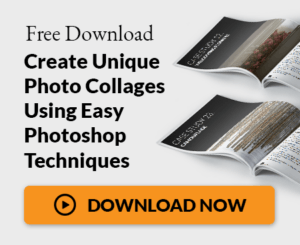 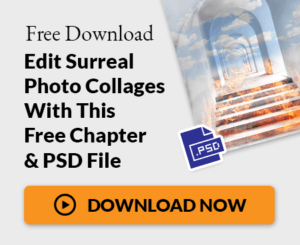 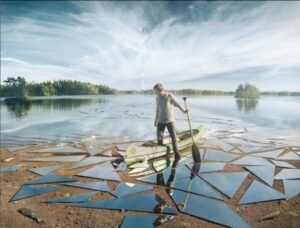 Photoshop has continued to broaden the horizons for photo manipulations. It's not just a program for touch up and tweaks. You can use it to… 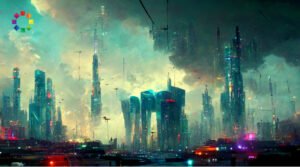 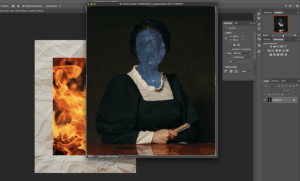 How to Make a Digital Collage in Photoshop (In Simple Steps)

Collage is a technique you can use for many purposes. I'm sure most people are familiar with the old cut-and-stick collage method. Today, I will…
See all articles in Digital Dreamworlds