I was looking through my portfolio the other day, and I noticed something. Roughly half of the photos in there were taken at times where I had decided to carry a camera with me, rather than leave it at home. I really do take my camera everywhere!
Carrying your camera everywhere is something I’ve been recommending for years, ever since I tried (but failed) to take a photo every day for a year. It doesn’t have to be your DSLR, it could be a rangefinder, shooting on film, or even a disposable.
Not your camera-phone though. We already carry those with us everywhere. I’m talking about a physical accessory that you don’t usually carry with you.
Buy why?  A camera is a camera, right?
Well, yeah, sure, but iPhones are used to record moments, and DSLR’s are used to capture your best photography. It’s a different frame of mind and reasoning behind your photo taking. Also, you need it out and at the ready. You may be different with your mobile photography, but for me, it’s SLR all the way.
Lets have a look at why you should take your camera everywhere.

Henri said it best. You usually don’t actually start taking good photos until you’ve taken a huge amount of bad photos first. Good photography takes practice. He was talking about film photography too, and you tend to shoot (and waste) many more photos shooting on digital. You could probably times this number by 10 to 100,000 photos.
The more you get out there and shoot, the more likely you are to start taking better photos.

For me, this was the biggest difference.
It was like someone had heightened my sense of sight, and I could see so much more. I no longer saw the same streets I walk along everyday, with the same people, and the same thoughts in my head. I could see potential for photography in so much more.
Have you ever watched a professional take photos in the street, and wondered where they get the inspiration from? I did, especially when I tried it myself. They’ve trained themselves to see the world differently when they have a camera with them.
Photographers see differently. 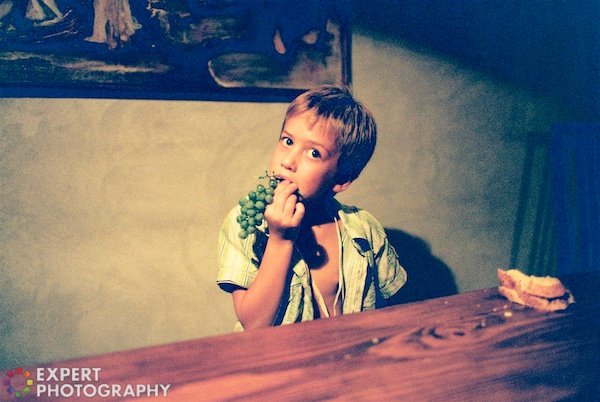 You don’t ask, you don’t get. You don’t have your camera on you, you can’t capture the unusual.
We’ve all been there when we’ve stumbled across something unusual and wanted to capture a photo, but not had a camera on us. We’re left feeling a little uneasy, knowing there’s something we’ve missed out on.
Something that seems to be cropping up quite often now, is where you see people capture other people’s personal moments, and find a way of getting the photo to them. It’s quite a special situation to be a part of, but you can’t hope for something similar if you’ve not got the camera at the ready.

4 – You will leave auto mode in your dust.

Trust me, Auto mode is doing you no favours whatsoever, and when you start taking photos everyday, you’ll start to grow more and more frustrated with it.
This is a good thing.
Throw it away, forget it exists. When you’ve always got a camera on you, you end up taking photos in just about any place imaginable, and this usually leads to you realising just how useless it can be. That eventually leads you to manual mode, which leads to better photography.

5 – Develop skills which will transfer to your ‘proper’ photography.

Here’s a few examples of the sort of things you can learn.

12 Most Iconic Places in the World to Photograph

There are so many great locations to take beautiful photos. It can be hard to choose your next travel photography destination! To make your decision… 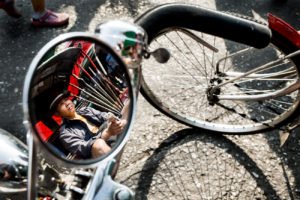 Documenting Places and People: What You Need to Know

When you travel how do you really capture the essence of the places you visit? How well do your travel photographs represent your experience? I… 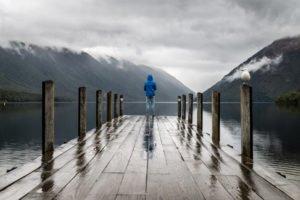 Who doesn't love travelling, visiting new places, and going on adventures? And who wouldn't want to capture these memories and look back at them later?…
See all articles in Travel Photography