I was challenged by another photographer/blogger the other week, when he saw that I was shooting from the hip (so to speak), saying that it wasn’t good photography, because I didn’t know what I was taking. I didn’t challenge him on this, but I do happen to disagree, and here’s why.
Firstly, with a bit of experience and practice, the problem of now knowing what you’re going to get starts to clear itself up a bit. When I first started to shoot from the hip, I came up with some pretty horrible photos, but as I started to learn what I was doing, and learned from my mistakes when pointing my camera, I came out with some much better better photos.
Part of the reason that I like to shoot from the hip so much is because I’m a big fan of candid photography, and shooting from the hip is a great way to go unnoticed. I’m also really starting to enjoy street photography which is influenced greatly by where you hold your camera and how you use it.
Here’s how to shoot from the hip. 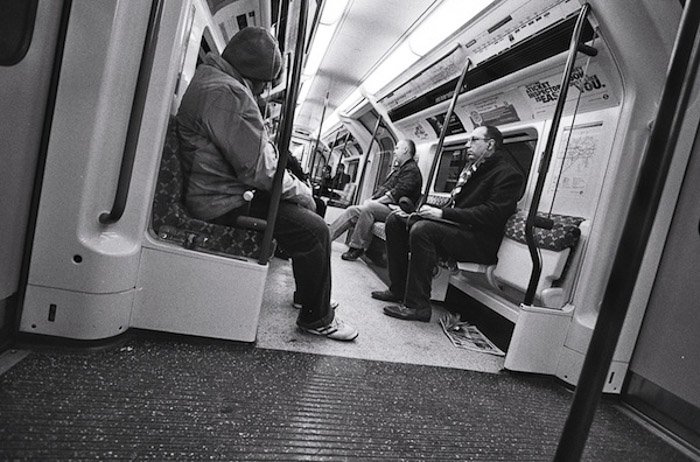 Best Way to Start Shooting from the Hip

This is probably the most important rule when it comes to shooting from the hip because it has so much influence on how your images come out. Firstly, it gives you a much wider field of view, so you can capture a lot more into your camera, and be more accurate. You might be tempted to use your 50mm f/1.8, but the chances are that would result in photos which were far too zoomed, where even slight movement at your hip will result in inaccurate photos.
Shooting from the hip is often used to replicate our field of view, so it makes sense to make the photos wide-angle, as it’s similar to how we see. By using a wide angle, you place the viewer in the scene, making them feel like they’re a part of it, which is part of the beauty of shooting from the hip.
Shooting with a wide angle also gives you the ability to shoot at slower speeds if you have to, without having to worry about motion blur. It’s typically said that if you change your focal length to your shutter speed (i.e. 35mm to 1/35 of a second), you can take an blur-free photo, while holding your camera (add an extra 50% to the speed if you’re shooting on a crop sensor). Using this logic, if you’re zoomed in, the slightest movement in your camera will by magnified in the distance, which means that you need a faster shutter speed to produce a blur-free photo.
Part of the fun of using a wide angle lens is that you can change how movement is captured in your camera. When something is close to the side of your frame, it appears to be moving faster than something in the center. Think of it like driving in your car and comparing what you see through your windscreen, to what you see through your side window. Don’t believe me? check out the photo below. 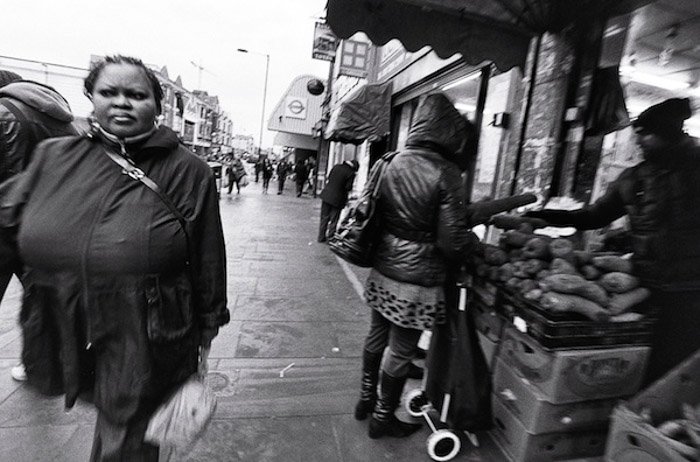 Use a Fast Shutter Speed

Some of the points I made above are summed up in here, because we need faster shutter speed to compensate for motion blur that we capture in our cameras. I typically shoot between 1/250 – 1/500 of a second depending on the conditions I’m in, and how much blur I would like to allow into the photo.
When you shoot from the hip, it’s often the case that you or the subject (or both) are moving when you’re taking the photo. When you combine this with improperly holding the camera, the chances for motion blur are high, so you need to crank up your speed to freeze this. 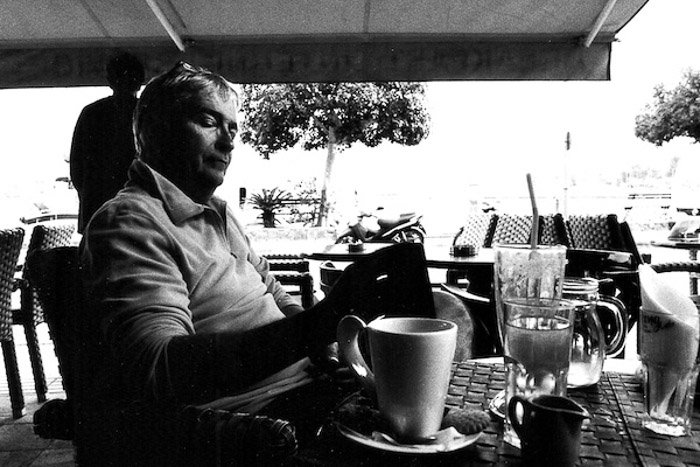 Use a Narrow Aperture & Manually Focus

A narrow aperture allows you to have  a much deeper depth of field, which is important when you’re moving and taking photos, as it’s hard to keep the lens in focus. It allows for less light into the lens, but you can always turn up the ISO or use a fast speed film. An aperture of f/8 is really the maximum that you would want to go for, but try to aim for more towards f/11-f/16.
Another handy trick is to manually focus and get into the habit of taking photo at the same point each time. If you set your camera to focus four feet infront of you, and keep practicing taking photos of people four feet infront of you, then you will find that you’ll soon start to learn where you should be pointing your camera at that distance. Failing that, put your camera in autofocus, and set your focus mode to AI Servo/AF-C.

Shoot During the Day 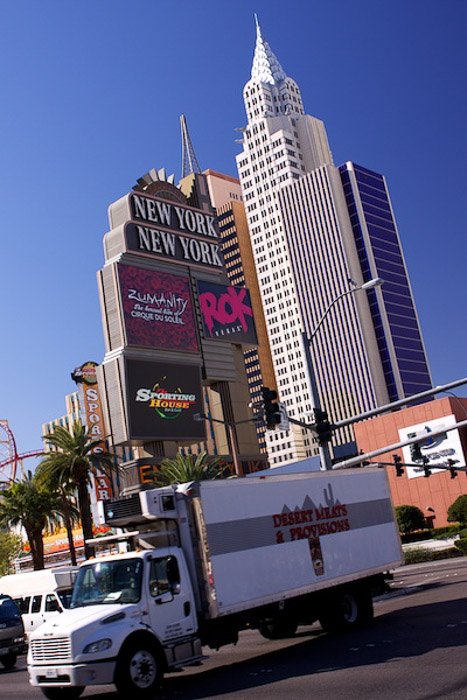 Hold the Camera by the Lens & Don’t look at it

Holding the camera by the lens and not just the grip made a big difference to my photos because it helped me to understand where I was pointing the camera. Holding the lens in your hand makes pointing it much more accurate as you have a better sense of the direction.
Secondly, you’re going to want to avoid looking at the camera, because you will more than likely want to go unnoticed when taking the photo. People follow eye-lines, so if you’re looking down at your camera, then people are going to notice. On the flip-side, if you’re looking off into the distance, but clicking the camera, people are unlikely to notice that you’re taking a photo of them. 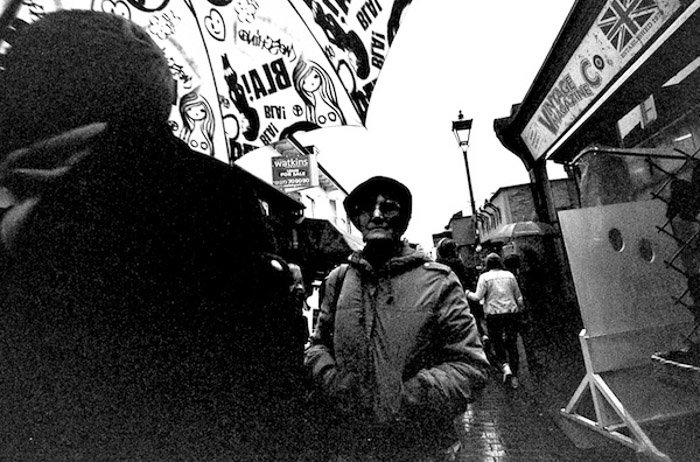 Don’t just shoot from your hip 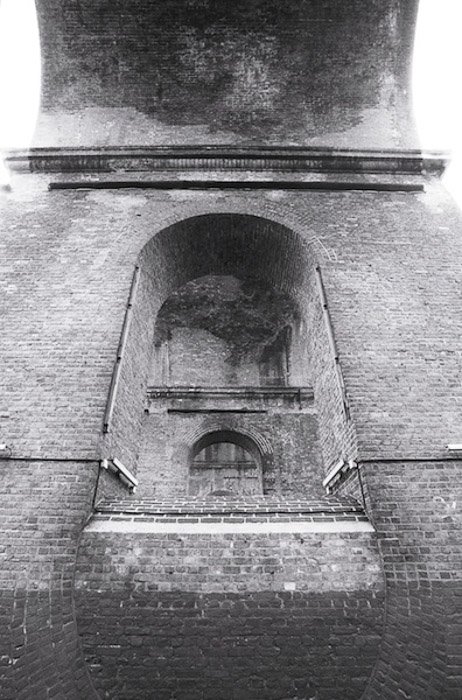