It’s been a couple months since I bought my first flash trigger and receivers and let me tell you, I’ve never looked back.
I lost my Canon infrared flash commander at a festival I was shooting at and decided that it was time to switch up to radio transmitters and receivers. Deliberating over Pocket Wizards and Radio Poppers, I was being continually put off by the price… until I came across the Phottix Odin

.
The product came up in my news feed on Twitter from the well respected photographer and blogger Michael Zelbel, who had been trialling the product for a while. What I saw shocked me, not only because of what it can do and the way it does it, but because of the price that accompanied these things.
I’ve had experience with both Pocket Wizards and Radio Poppers in the past and have enjoyed using them but they proved a little bit difficult to control at times – they seem somewhat unintuitive.
All three of these products use radio waves so there’s much less interference in the signal compared with what you get using infrared. This is because it doesn’t rely on line-of-sight to work.
The distance that it works with does vary depending on the weather and location but they will work over 100 meters if you want them to.
If other people are using the same transmitter as you, you have 4 channels to choose from. 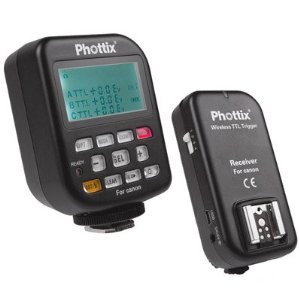 The product in question is the Phottix Odin

, by far the most intuitive flash triggers that I’ve used to date.
The transmitter has a screen on it which is the secret to the product’s success in my opinion. This screen allows you to change the power of three different groups, from one place, with the click of a couple of buttons.
The whole interface is so easy to use that I didn’t even have to read the manual – a rarity for flash gear with me. So, with the most basic setup, where all the flashes are on manual, you can be in once place and experiment with different lighting as much as you like with ease.
These triggers also handle much more complicated ETTL setups where you want to use ratios over two groups of flashes to control the amount of light that each flash group is outputting.
This isn’t usually the easiest thing to do but, with the screen on the transmitter, it’s as simple as a click of a few buttons. The addition of the screen is refreshing after using other products and it makes you wonder why it wasn’t done sooner.
For those who don’t know, ETTL stands for Evaluative Through The Lens. ETTL utilizes a pre-flash to measure the light reflected back from the subject.
You won’t actually see two flashes because, when the shutter is pressed, a very short flash burst is fired from the unit and the metering system reads the results, then makes the necessary adjustments (hence the name: evaluative through the lens).
This technology used to be much harder to transmit through radio-waves which is why it’s so expensive but Phottix Odin

have found a way to make it much cheaper.
So far, we’ve covered manually setting the flash power and using ETTL but you can also use both at the same time.
Because you have three groups on the transmitter, you can make adjustments to each one so that one group has less power, one has more, and one has full power, as decided by the ETTL metering.
The biggest selling point of this product for me is the ETTL metering; the more you’ll learn about it, the more you’ll begin to see it’s worth. 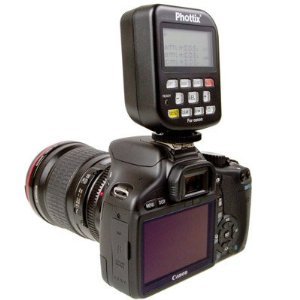 I don’t know about you but I use high speed sync a lot of the time with my flash because it allows me to shoot at much higher speeds. I use it when I want to try low key photography or if I’m shooting in the sun but want a wider aperture for a shallower DoF.
Another advantage is that you can still use high speed sync (HSS) with your flashes, even over the radio transmission.
This is something that the cheap transmitters you see on eBay can’t do.
For those of you who don’t know, HSS is a continuous, much faster oscillation of light, rather than a single flash. This allows the flash to operate much faster, allowing you to shoot at higher speeds.
It will still appear to be a single flash as it happens so fast. You can also use rear curtain sync, which is available from the same button.
The product is only available in America but you can find it on eBay in other countries such as the UK, where I live.
I’ll also say that I’ve not had any problems with miss-fires at all so far, which is always a possibility with products that use radio waves that are designed to be used in a different country.
The product seems to be very reliable indeed. 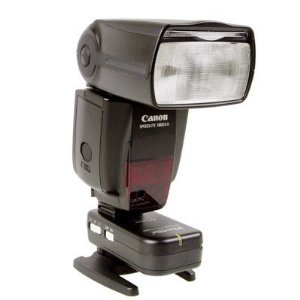 There is one downside for some of the readers on this site: the product only works with Canon so far. It will, however, be coming to Nikon within the next few months.
If you’re thinking of upgrading your flash transmitters, or buying one for the first time, I would strongly suggest this product. Even if you’re using Nikon, I would probably wait for the compatible version to be released because the price really can’t be beaten.
You can pick up the transmitter and two receivers for only $429.95

.
If you were to buy the Pocket Wizard’s inferior version, it would cost you more like $637.00.
You can also buy the parts one at a time so, if you’re only looking for one receiver for now, click here: Single receiver.

Here’s a link to buy the product with one transmitter and two receivers.

There are plenty of videos cropping up on the internet of the product being used but my favourite has to be Michael Zelbel’s own: the video that convinced me to buy the product myself.

Check it out if you’ve still not made up your mind. 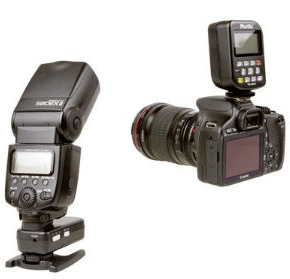 In the world of ever-developing smartphone photography, entry-level cameras are facing new challenges. Firstly, they have to provide image quality that persuades users to pick…
See all articles in Global