Film cameras have existed since the late 1880s, and are still going strong. Just as LPs and Vinyl, there is a massive following of the analog way of capturing a scene with a film camera.

There are a few different types of film cameras, which we will look at below. 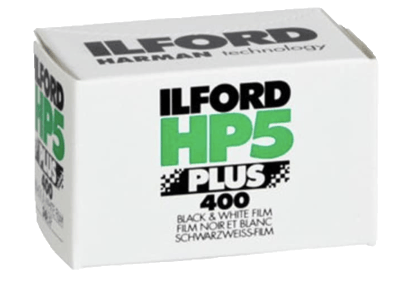 Types of Film Cameras: What Are the Different Types?

35mm is a small format film camera, whose name comes from the size of the film used. The shutter curtain and surrounding window are also the same size, to ensure there is a 36×24 mm negative image.

You might think that this film camera was the first to be developed and released. Yet, technology tends to get smaller, making this more recent than the other film camera types.

They first introduced this format with the Leica in the 1920s.

With the introduction of digital photography, 35mm is referred to as ‘full frame equivalent’. This is due to the size of the digital sensor being the same as the 35mm film camera.

This format uses 35mm or 135mm film. It is the most common camera type, due to its weight, ease of use, and lower film costs. The black and white version of this film can easily be developed and processed at home.

When you use the viewfinder to set up your frame, you’ll see that the camera presents the scene the right way up and not flipped.

Most 35mm film cameras are SLRs. A single-lens reflex means that there is one lens to focus and frame, and then capture the shot. A typical and common SLR would be the Canon AE-1. 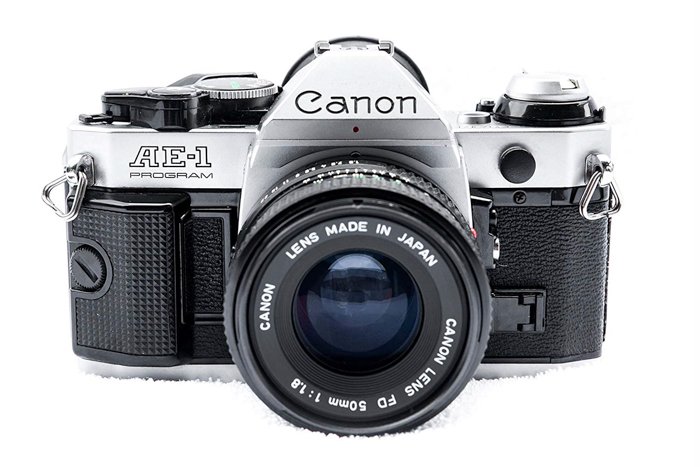 A rangefinder is an interesting type of 35mm film camera. They are similar to SLRs, except the mirror and pentaprism have been removed. They use smaller lenses and focus with a special mechanism.

Here, you see two frames of the scene you are looking at. By focusing the lens, you aim to overlay the frames into one, showing you have a perfect focus. A typical rangefinder would be the Canonet QL17. 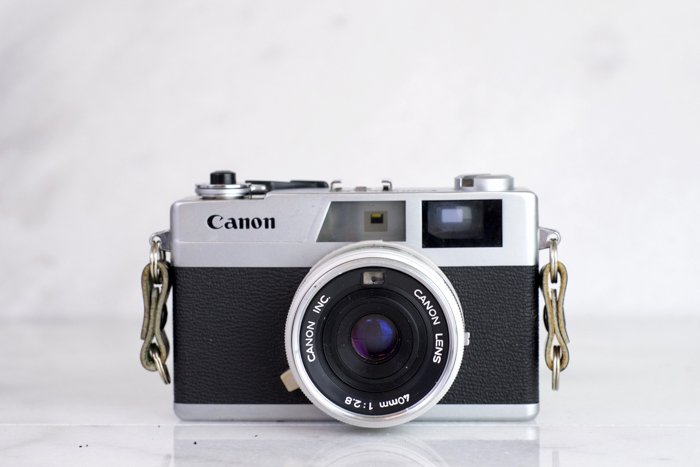 Medium format film cameras are larger than the small format siblings. There are a few differences in these formats, which affect how you shoot and how much of the scene you can capture.

The term medium format comes from being stuck between large and small format analog cameras. If 35mm film is 36x24mm, then the medium format has a minimum size of 600x450mm.

There are a few different types of film cameras, and they come down to how much of the film they can capture on. The medium film is one size. Yet, there are more than three main types of cameras, resulting in different sized negatives.

These are 6×4.5, 6×6, and 6×7. These names come from the size of the shutter curtain and the surrounding area. The width of the film is the same. But, due to the size of the negatives, each of the three sizes gives you a different number of negatives on a typical roll of film.

With a 6×4.5 you get 16 images, 6×6 gives you 12, and the 6×7 will allow 10 images. One of the differences in medium format cameras is that the image is the right way up. Yet, the scene represented through the viewfinder is flipped. Right becomes left and vice versa.

Medium format cameras come in two forms, either as an SLR (Single Lens Reflex) or TLR (Twin Lens Reflex). A single-lens reflex uses one lens to focus/frame and shoot. A twin-lens reflex camera uses two lenses, one on top of the other.

The top lens allows for focusing and framing, and the bottom lens for capturing the scene. These cameras have a simpler construction, but they can present issues such as parallax errors.

There are many different styles of medium format cameras, such as stereo cameras, press cameras, panoramic, and folding camera types. They all work from the same film type, namely 120 or 220 film.

A stereo camera is like a TLR camera, but instead of being above each other, the lenses are next to each other. Here, you’ll capture a simulated binocular vision and, thus, a three-dimensional image. 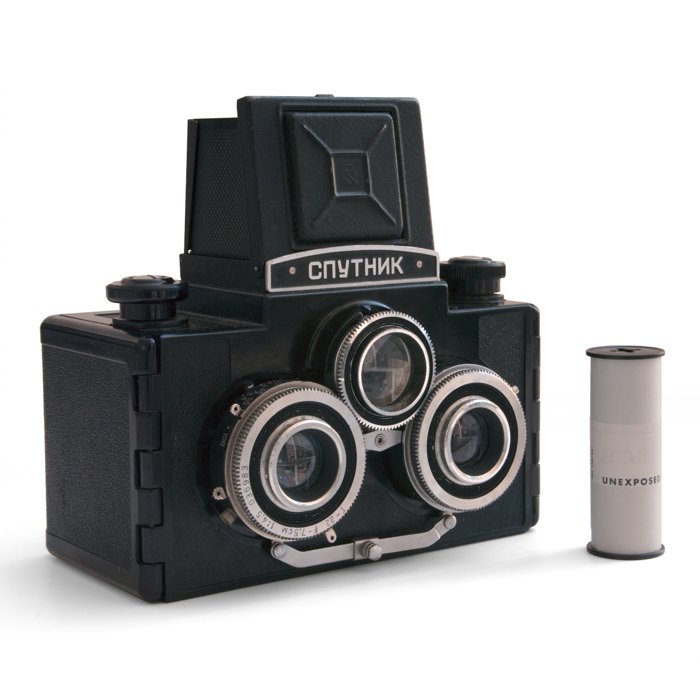 Press cameras can come in medium or large format and are aptly named as mainly press photographers used them in the 1960s. These were large, but handheld along with a flash unit. They came in rangefinder formats, which allowed for easier focusing.

It could collapse into itself, making it durable and protected. Flexible bellows allowed for interchangeable lenses. On top of that, there was a focal plane shutter, allowing for faster shutter speeds.

The Speed Graphic was a typical press camera of the medium format realm. 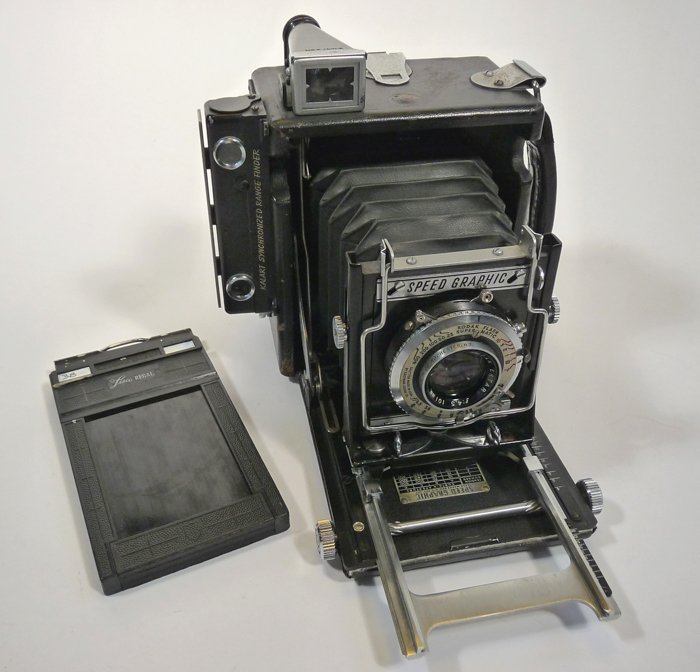 Panoramic cameras follow the same suit as the primary type of medium format camera. The only difference is they capture more length from the negative. Instead of 6x6cm, they capture 6×17, giving the photographer four images from a roll of film.

They present problems, such as unintentional double exposures. The Fuji GX617 is a typical panoramic camera.

Folding cameras are smaller versions of medium format cameras. The lens connects to the camera by way of bellows and can fold inside the camera to protect itself. 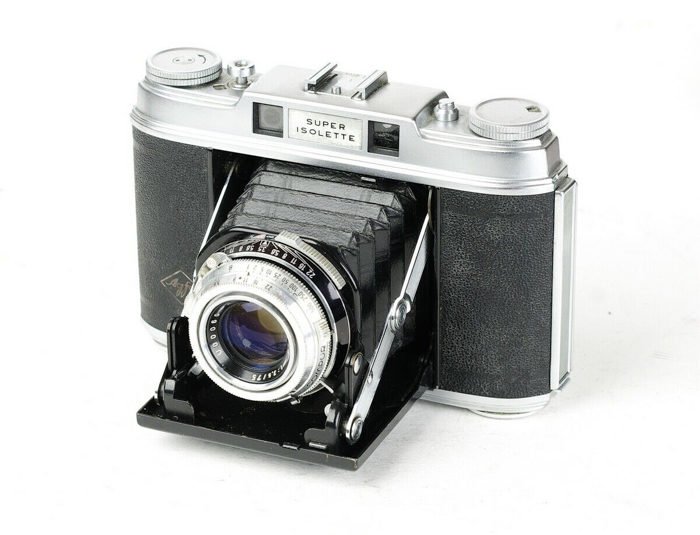 Large format cameras are the largest film cameras you can use. Due to the size, weight and necessary tripod, they are perfect for static subjects. This is including, but not exclusive to landscapes and architecture.

Many use them for portraits, where alternative processes are possible through the large film negatives. They are SLRs, meaning that focusing and framing need to be done before the film is inserted, one sheet at a time.

This can take some getting used to, making it a slower option.

What makes this film camera different is the possibility to remove parallax errors. The film plane and lens planes are separate, allowing independent movement. By moving them, you can capture using tilt and shift techniques. 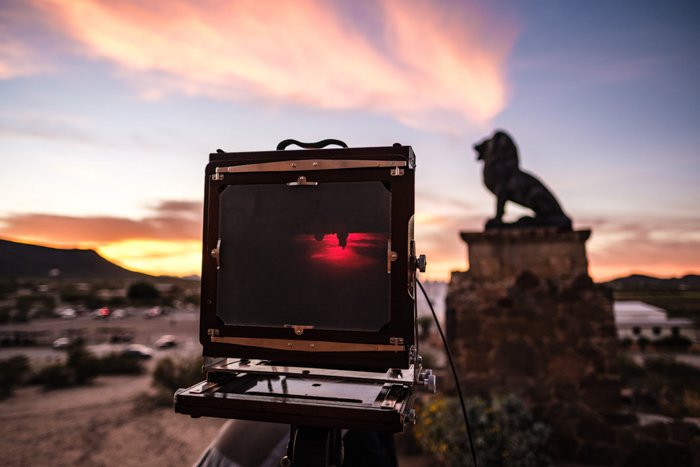 Apart from all the usual and typical formats, there are other specialized cameras. They utilize the above main three formats.

There are many styles and formats that were used in old camera types, such as APS. However, they are either discontinued or lost popularity.

Point-and-Shoot/Single-use cameras are a handy way for amateurs to capture family and travel photography.

Photographers could buy these and use them once. This is without the need for an expensive camera gathering dust. 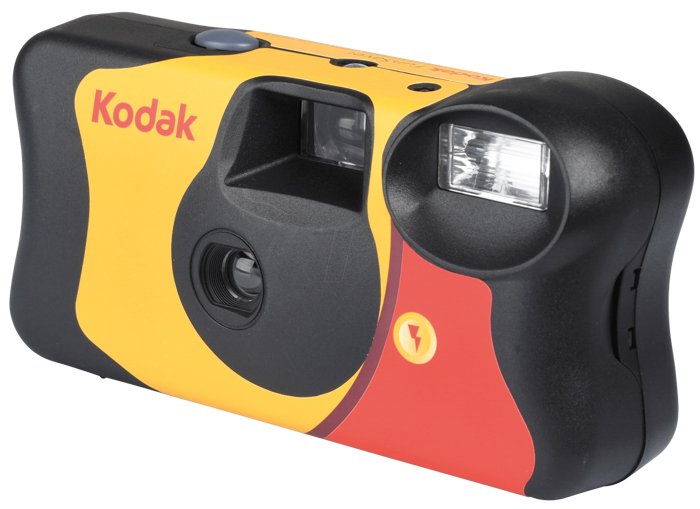 Personally, I used these for a street-children photography project. I was able to give the children cameras that wouldn’t be expensive to replace.

Typically, the cameras come with processing fees included. You ship it away, and the images return printed.

Box cameras, such as the Box Brownie are cardboard or plastic boxes that are cameras. A lens on one side allows light in, hitting and exposing the film on the other side. 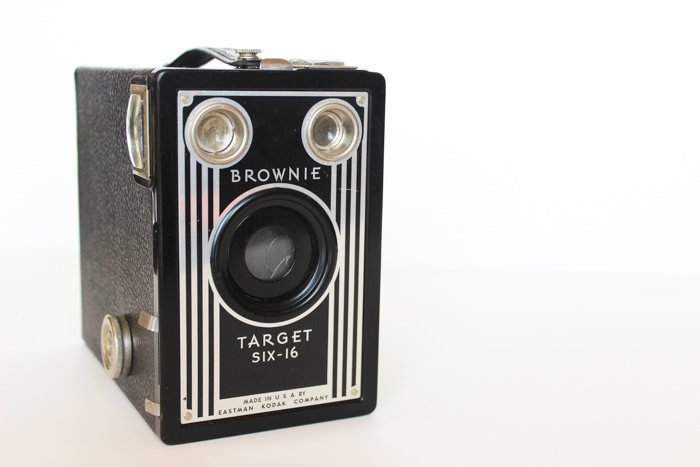 On top of these, there has been an increase in what we would call toy cameras. They are suitable for children and inexpensive if they get broken. Apart from the defects, they can still capture decent images.

Lomography is one company that pushed the boundaries on how cameras work. They mostly stick to small or medium films. You’ll find intentional color shifts or light leaks to the negatives.

These creative steps increase the individuality of each captured scene. 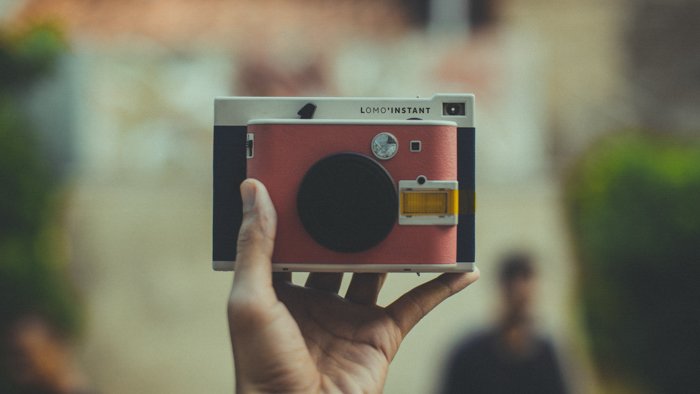 The last area of specialized film cameras comes to instant camera film. Polaroid or Instax, among others, is a process of capturing a scene instantaneously.

Each film includes processing gel. It develops and fixes the image minutes after the shot was taken. Each shot is a one-off, where only certain techniques allow for reproduction. 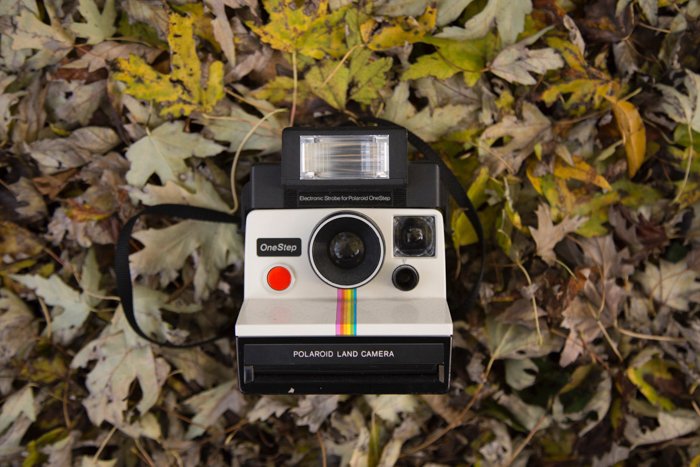 What Is a Film Camera?

A film camera is a camera that captures scenes on film rather than a digital sensor. Here, you can argue that every camera is almost the same. After all, they house the film, where resolution and contrast do all the work.

This is, of course, overlooking all the features and attributes from the camera body and attached lenses. There are benefits to using film photography over digital cameras, but the cost and having physical negatives are drawbacks.

What Are the Different Film Types?

Color Positive/Transparency film, also known as slide film. They allow the scenes you capture to result in a positive. Here, E-6 chemicals ensure you have a true representation of the scene.

Color Negative films capture the scene as a negative. Where there are highlights on the negative film, there are shadows on the positive print.

Black and White Positive/Transparency films are black and white slides, resulting in a positive scene rather than a negative one.

Black and White Negative films are the standard for all black and white photography. These need turning into a positive print by using a darkroom and enlarger.

Infrared film comes in black and white or color. This is a unique film that sets highlights to an unprecedented level. It does this by enhancing highlights and enhancing depth with contrasts.

They are sensitive to visible light, ultraviolet, and infrared radiation. Color infrared film, for example, turns any green color in your scene to pinks and reds. 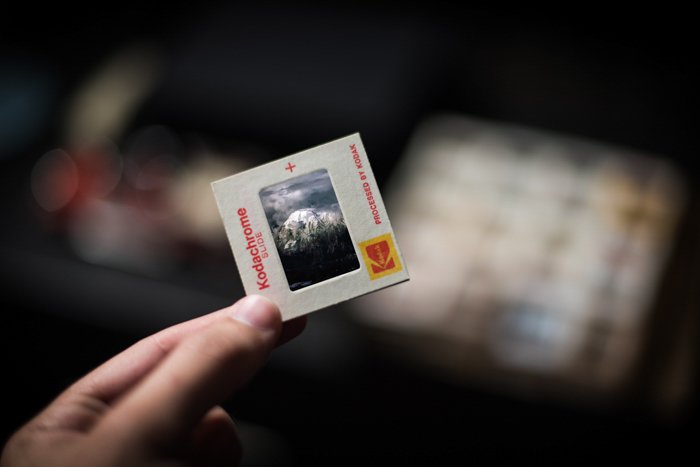 135/35 is the film size of 35mm and used exclusively with the small format or 35mm cameras. They produce 36x24mm sized frames, and come in two different sizes, giving you 24 or 36 shots.

Large format film comes in the form of slides or plates in two different sizes. 4×5″ or 8×10″ provides you with over 15 times the resolution of the small 35mm format.